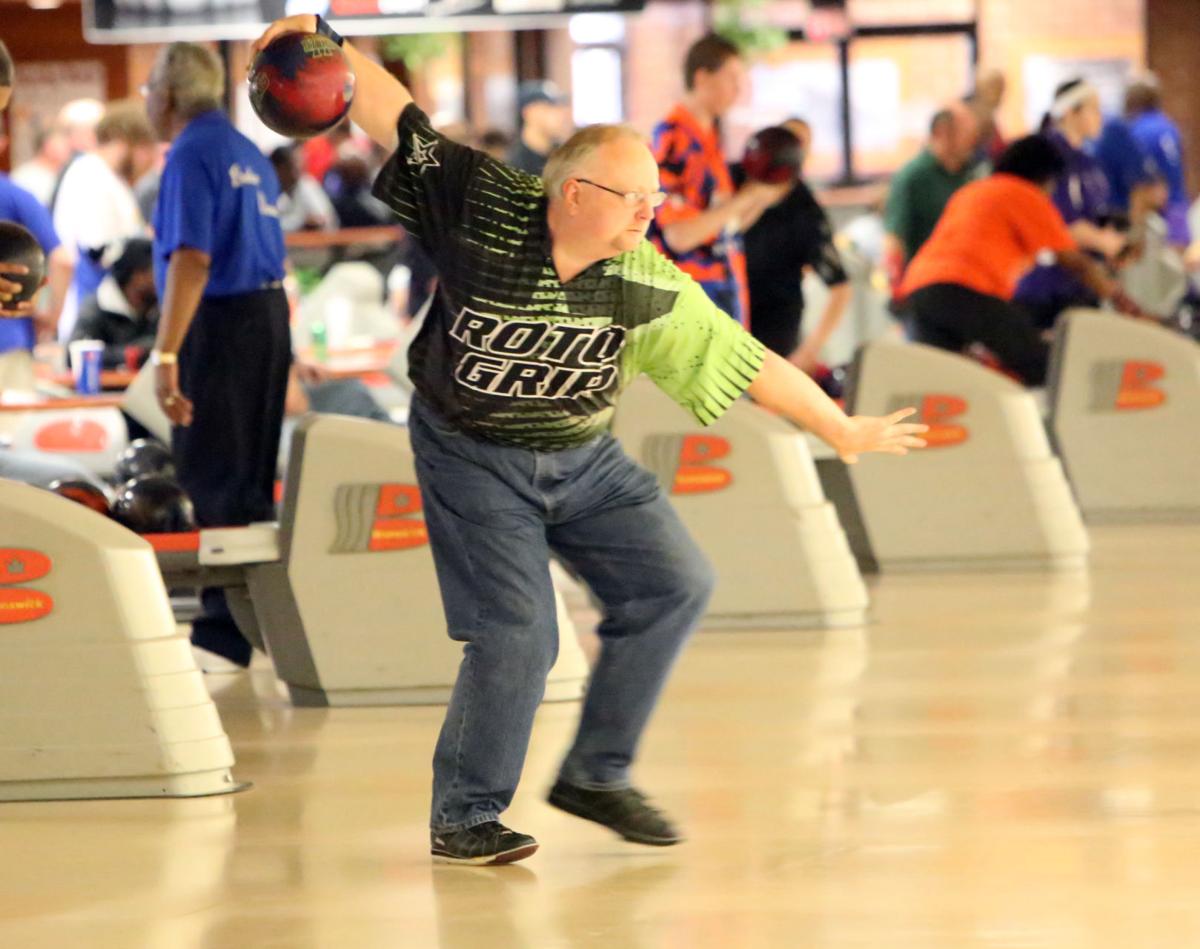 Jack Wynne, of Dyer bowls a 280 during one game of qualifying rounds on Saturday of the Times/Pepsi Classic Saturday at Olympia Lanes in Hammond. 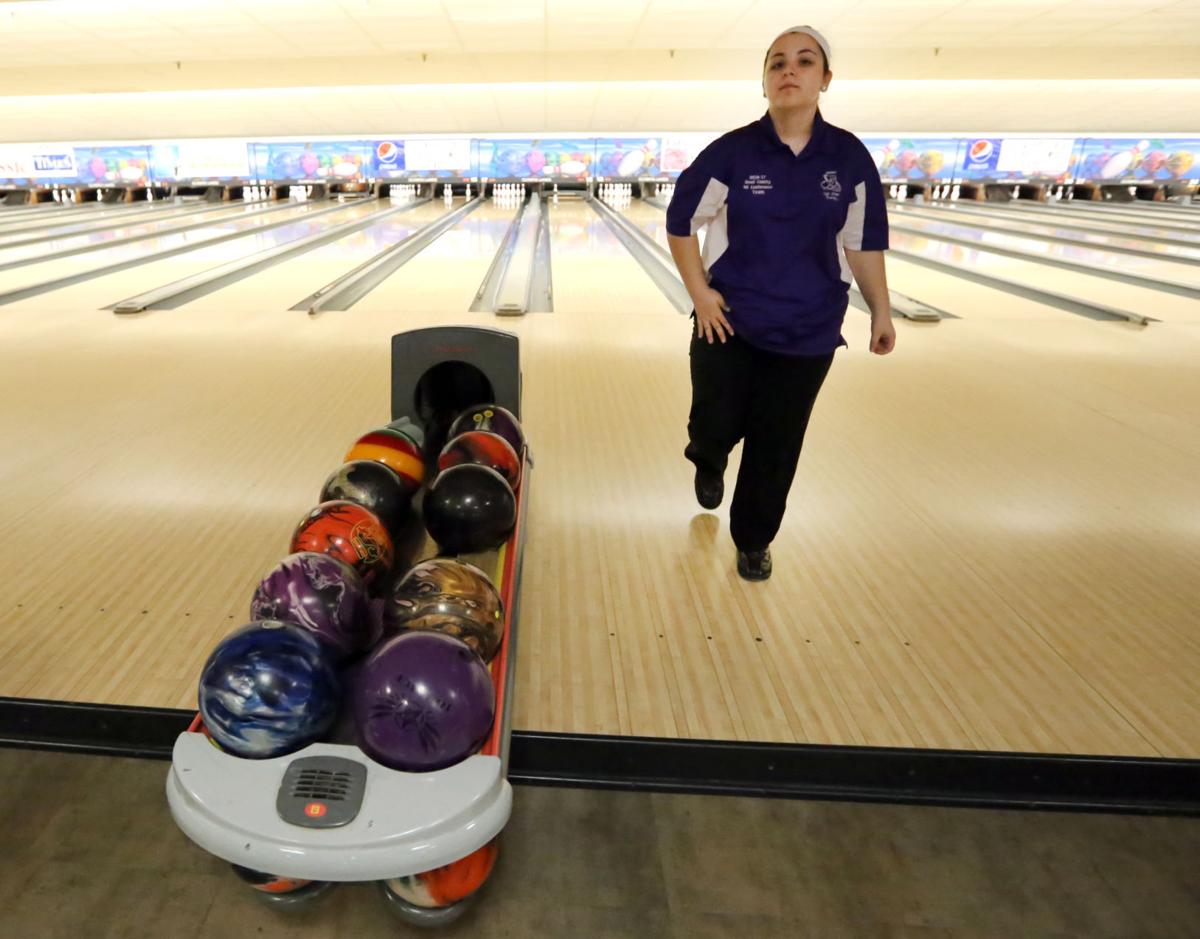 Marissa Metcalfe, 14, of Cedar Lake bowls during qualifying rounds of the Times/Pepsi Classic Saturday at Olympia Lanes in Hammond. 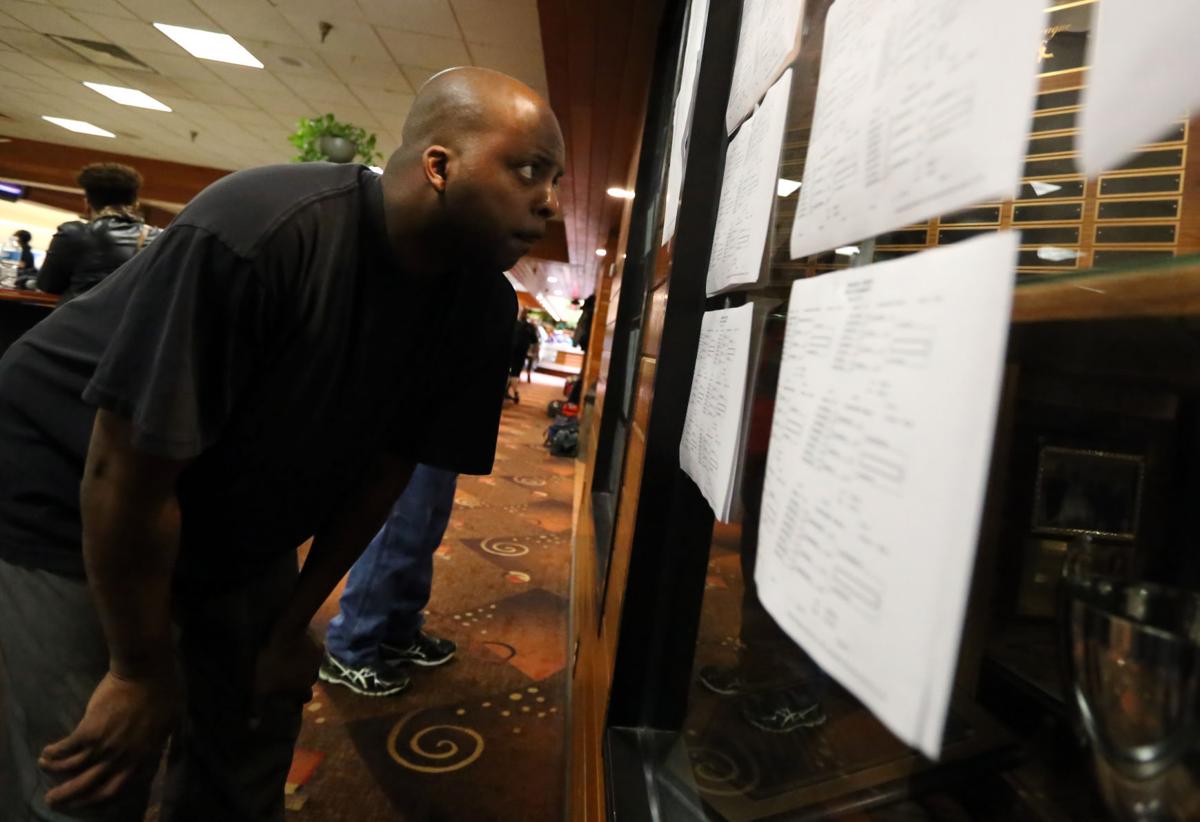 Trevor Adams looks at bowling scores posted on a trophy case in Olympia Lanes during qualifying rounds of the Times/Pepsi Classic on Saturday. 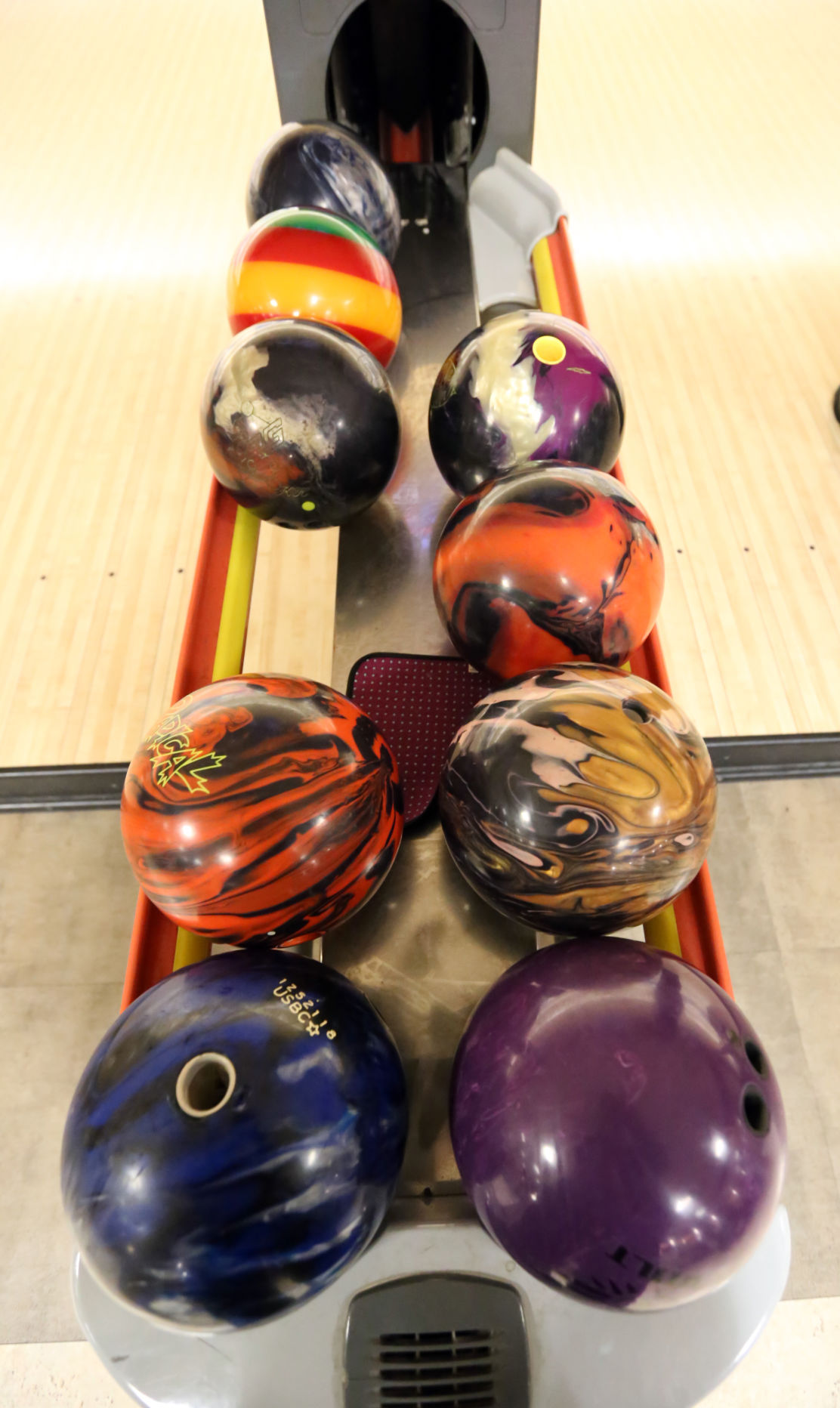 HAMMOND — Marissa Metcalfe had a new wrist support for her fourth game at the Times/Pepsi Classic on Saturday at Olympia Lanes.

Senior bowler Ron Coleman, who’d never met the Hanover Central freshman before the two were assigned to the same lanes, took his off his arm when she complained about opening her wrist up a bit too much on her release.

“He was just giving me advice, trying to pick up my spirits and just be a good person, I guess,” Metcalfe said. “It was nice. You don’t get to see nice people every day who just help you out for the fun of it.”

Coleman, who won Class SA in 2013 and has qualified for the finals more than once in recent years, decided to take Metcalfe under his wing for the day.

“She’s a young bowler and she’s up-and-coming. She’ll probably be a big star one day,” Coleman said. “I enjoy helping out young people.”

Metcalfe rolled her best game of the day, a 209, with Coleman’s wrist support in that final game.

“I tend to open my hand back, which causes me to open my shoulders, drift and so many other things,” Metcalfe said. “(The wrist support) helped me out a lot.”

She said she’ll keep it.

“It’ll be like a token for today,” Metcalfe said.

Metcalfe’s total was 606 after handicap, too short to qualify for the semifinals in Class WA.

“I feel like I could’ve done better but I’m proud of myself,” Metcalfe said. “I came out here to get more experience so I could become a better player.”

Coleman didn’t bowl up to his usual standard Saturday but was already in eighth in Class SB coming into the day at 741.

“I don’t like my position and I was hoping to increase it,” he said. “I might come back (today) because I know I can do better.”

Pat Johnson positioned himself better in Class A, rolling an 800 series that included a 300 in the second game. Johnson was in eighth place before that series.

“I had a chance to run (Class A leader) Ari (Wilson) down, but I caught a bad break,” Johnson said. “The main goal this morning was to come in here and try to get as close as I can to my little buddy.”

Johnson twice made the Classic finals but never took home the big trophy.

“I’d eventually like to win this tournament,” he said. “I just want to try to get to the top eight to get a little leeway.”

Bob Kammer Jr., of Crown Point, won Class A in 1997. He bowled his way above the Class A cut Saturday with a 747 series.

“(The oil pattern) is fair. You have to make shots. It’s a little play but not like it’s always been,” Kammer said. “I had 690s and and I think a 700 in the first week, but I need a new hip. I’ve got it under control with medication, for the pain, but everything feels really good right now.”

Pat Johnson rolled an 800 series with a 300 in his second game to get better position in Class A.

HAMMOND — Ari Wilson didn’t better his score in the final round of qualifying at the Times/Pepsi Classic on Sunday at Olympia Lanes.

Keith Betts had to retire to qualify for the Times/Pepsi Classic semifinals.

Heavy-hearted Horton hops in front in Class A

HAMMOND — For Aaron Horton, the semifinals of the Times/Pepsi Classic semifinals Sunday was an escape.

Down 80 pounds, Justin Hauser leads Class B at Times/Pepsi Classic

HAMMOND — Justin Hauser ran and worked in some sit ups before he bowled in the 68th annual Times/Pepsi Classic at Olympia Lanes last weekend.

Bowling scores beginning to creep up at Times/Pepsi Classic

HAMMOND — Scores have been down in the 68th annual Times/Pepsi Classic at Olympia Lanes. Saturday, they started to creep upward.

Jack Wynne, of Dyer bowls a 280 during one game of qualifying rounds on Saturday of the Times/Pepsi Classic Saturday at Olympia Lanes in Hammond.

Marissa Metcalfe, 14, of Cedar Lake bowls during qualifying rounds of the Times/Pepsi Classic Saturday at Olympia Lanes in Hammond.

Trevor Adams looks at bowling scores posted on a trophy case in Olympia Lanes during qualifying rounds of the Times/Pepsi Classic on Saturday.