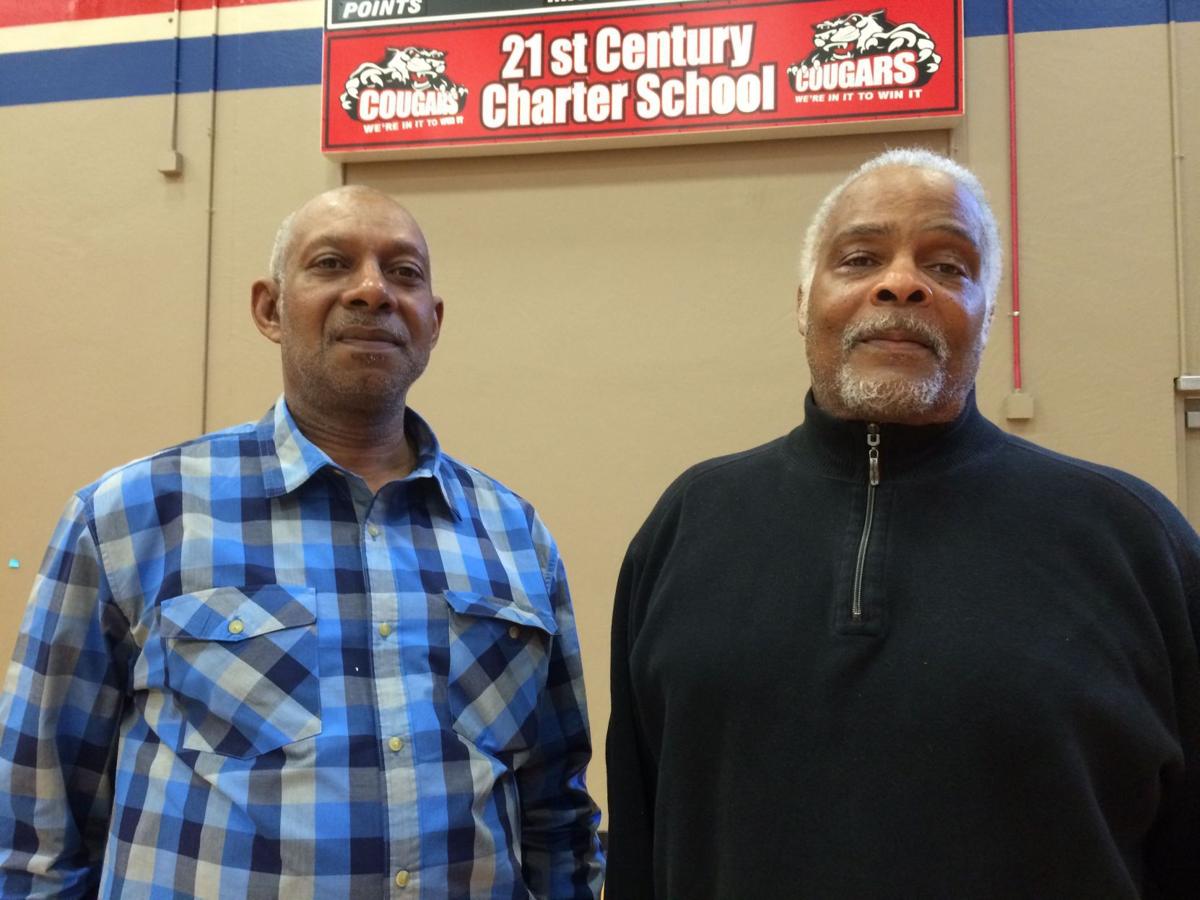 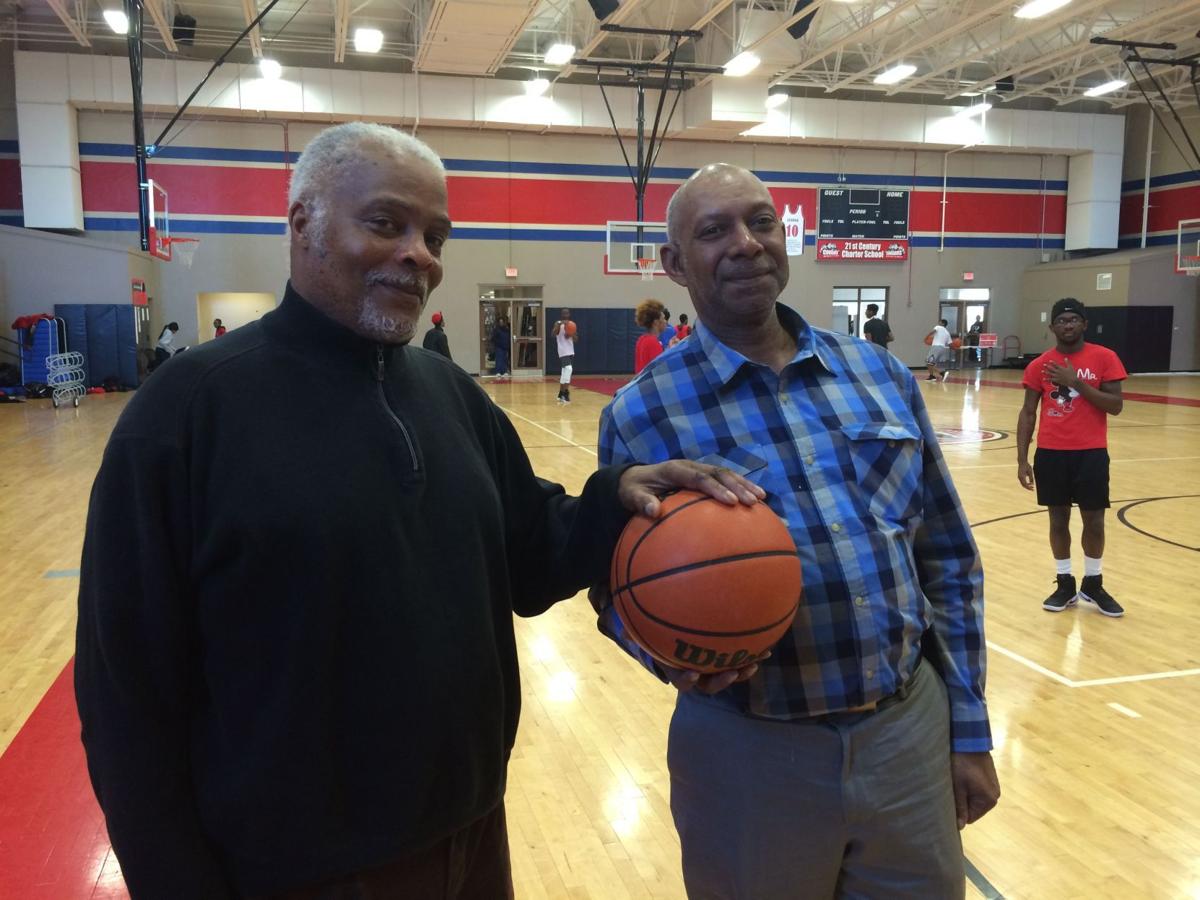 21st Century coaches Rodney Williams, left, and Ricky Haskins both went to Horace Mann and played basketball there in the 1970s.

GARY -- Joy is something all Indiana boys basketball teams still playing today on Semistate Saturday have.

It's in the bus ride, the locker room and out on the court.

There are 16 teams in the four classes who are 32 minutes away from advancing to next Saturday's state championships at Bankers Life Fieldhouse.

How could this experience not be a ton of fun?

But the joy at 21st Century in Gary might be at a higher level. The Cougars' coaches -- 62-year-old coach Rodney Williams and 57-year-old assistant Ricky Haskins -- are swimming in the fountain of youth coaching this young team.

"They're like father figures to us," junior DeAndre Gholston said before Wednesday's practice.

"You're too ugly to be mine," laughed Williams, as all those in the coaches' office broke into laughter, something that is always around this program.

One lived on Seventh Avenue and Hayes. The other grew up on Seventh and Garfield, right around the corner.

"I scored more points than him in high school," Williams said.

"Yeah, but I won a sectional," Haskins answered back.

Upon returning to the Steel City, the two coached different sports at divergent levels. They finally got back together working with the Gary Running Rebels AAU basketball program.

Haskins became the athletic director at 21st Century in 2007, and the administration wanted him to start an after-school basketball program. That's when the idea of joining the IHSAA started.

It happened, but it was much different at the start.

"We had one set of uniforms," Haskins said.

Last year, led by Eugene German, the Cougars advanced to the semistate and lost 103-80 to Liberty Christian.

"So when the opportunity at 21st Century happened, we said let's keep it going."

"We try real hard to teach these kids character, on and off the court," Williams added. "We don't want them complaining about the calls. We are more interested in them as students than basketball players."

This team is young, which caused Williams to think they were a year away from being able to make a run. But here they are, just 32 minutes away from getting their coaches to their first state championship game.

"They treat us like we're their own sons," senior Core'Von Lott said. "They teach the game. In our offensive sets everyone touches the ball and anyone can get a shot. We know this (LCC) game is going to be tough, but we want to win it for our coaches and get them to state.

"That is the main goal."

"They're always cracking jokes, keeping it fun," he said. "They've created a bond here. We all get along so well. And when we're in a tough situation in a game, that bond really helps us to overcome.

"We all want to win so we can go to state. But the biggest reason is we want to get our coaches to Indianapolis, really bad."

"Well we better get it done," Haskins added with a smile. "None of us are getting any younger."

LAFAYETTE — For the second straight year, 21st Century found itself a win away from the state finals.

21st Century's Johnell Davis is playing older than his years

Merrillville headed to Huntington; 21st Century and Marquette get Lafayette

T.J. Lux and his Merrillville Pirates celebrated Saturday night's Class 4A regional championship at Michigan City for sure.

BOURBON — It wasn’t easy, but taking home hardware in the state basketball tournament isn’t supposed to be that simple.

21st Century coaches Rodney Williams, left, and Ricky Haskins both went to Horace Mann and played basketball there in the 1970s.