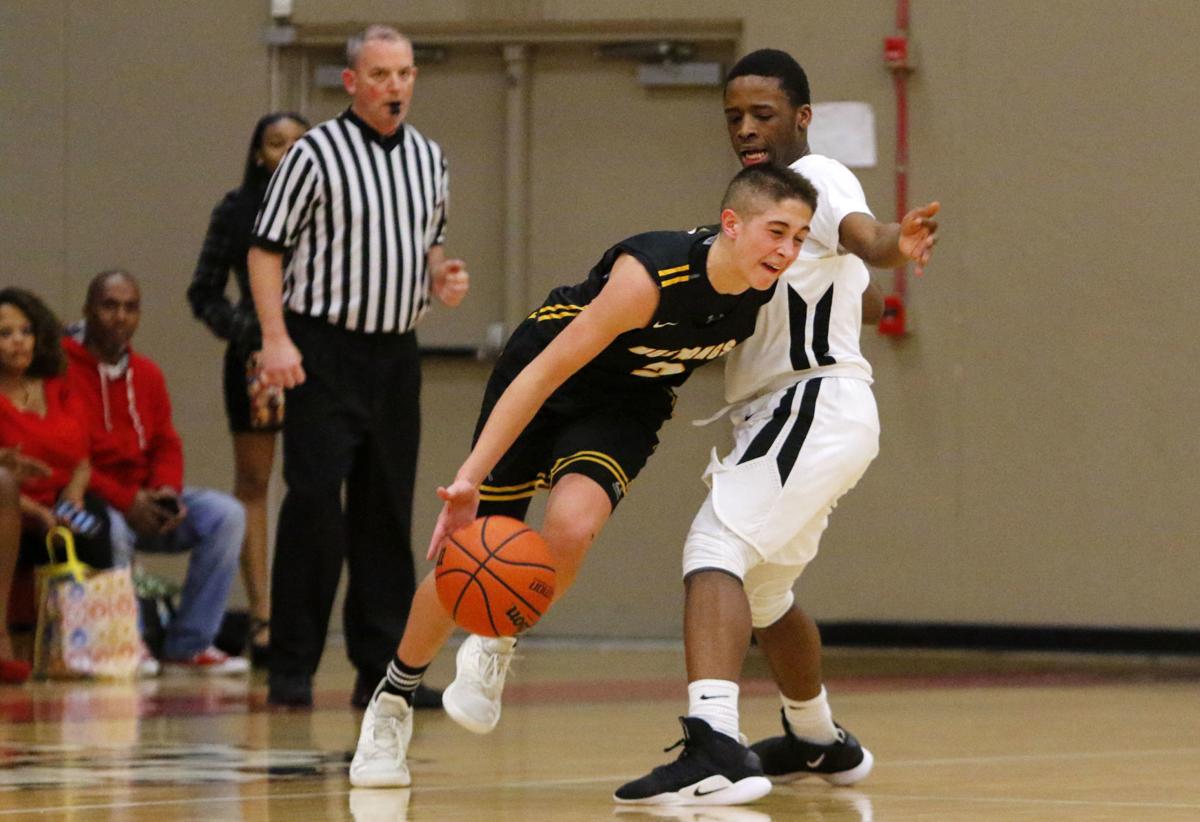 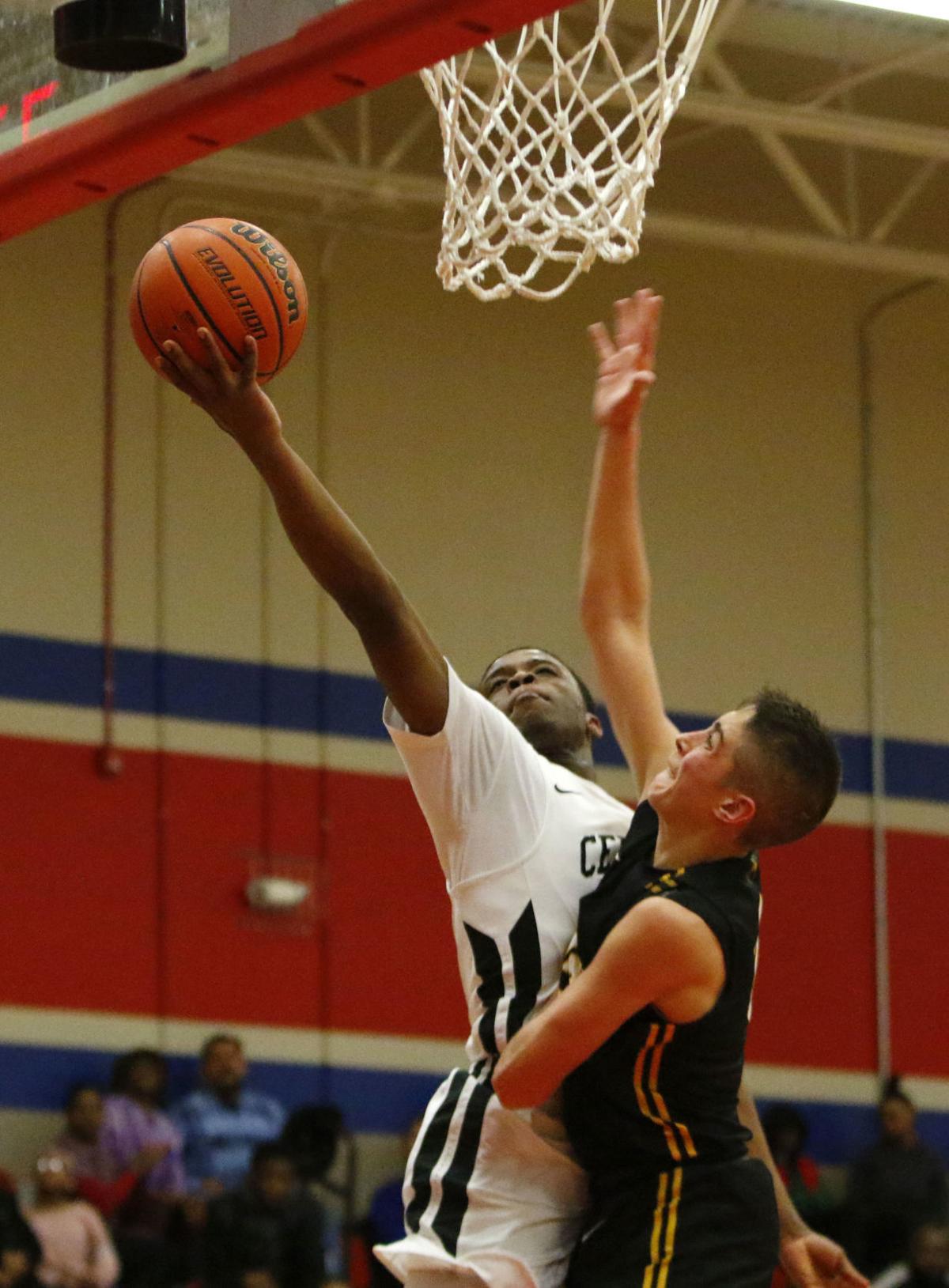 21st Century's Triyontae Lomax, left, is fouled by Kouts' Cale Wireman on his drive to the basket Friday in Gary. 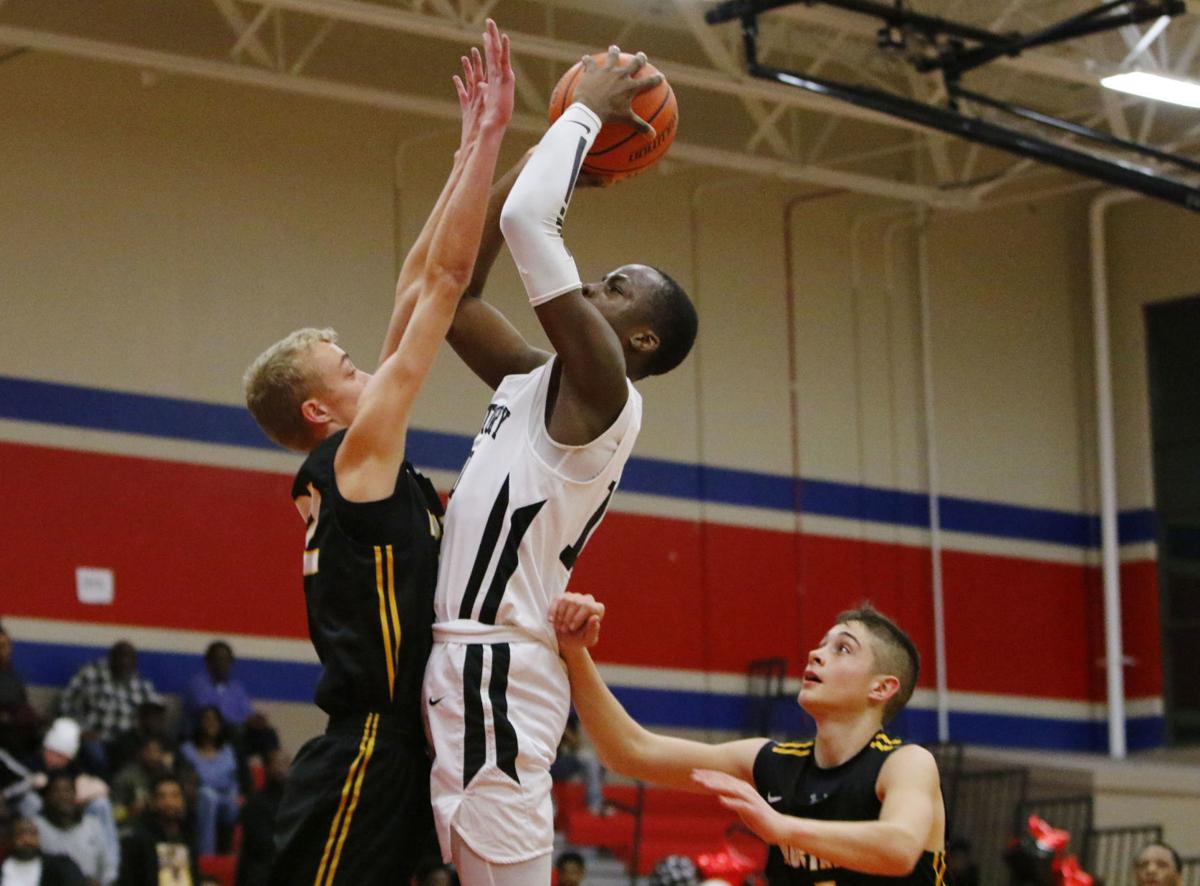 But come the fourth quarter in a two-possession game, 21st Century boys basketball head coach Rodney Williams had no other choice but to send Lomax out on the floor with four fouls. The Cougars needed a spark if they were going to hold off a surging Kouts.

Lomax was there to provide it.

The junior guard put 21st Century on his back during closing time with nine of his 11 points in the fourth quarter of the Times No. 9 Cougars’ 73-65 win against No. 6 Kouts in Gary.

“That was some big play down the stretch,” Williams said. “I know he was disappointed in his overall performance but if you look at the last quarter, if it wasn’t for him we don’t win that game.”

And even though Lomax will admit to be being disappointed with just 11 points, three steals and two rebounds, the Cougars will take that fourth-quarter production any night.

Turning point: Seemingly every time Kouts made a run, Lomax was there to answer.

First there was his first and-1 with four minutes left to turn a five-point lead back into a seven-point advantage. Then he put the Cougars up nine with an and-1 in transition 40 seconds after that.

Later, with Kouts down just four points with 16 seconds left, Lomax sealed the win with two free throws. He either scored or assisted on 15 of 21st Century’s 25 points in the final quarter.

“Basically, I wasn’t playing like myself for most of the game,” Lomax said. “In the fourth, I was just more aggressive.”

21st Century player of the game: Junior guard Johnell Davis – He scored 28 points and grabbed 12 rebounds in the win. He was especially important offensively when Lomax was forced to the bench with foul trouble.

Kouts player of the game: Sophomore guard Cale Wireman – Three 3-pointers helped him to 24 points on the night. He also finished with five steals.

Quote: “Sectional 49 is going to be really tough this year,” Williams said. “You’ve got Kouts, Washington Township, Morgan Township — everyone’s playing really well. That might be the best sectional in the state.”

A list of the boys and girls high school basketball statistical leaders in Northwest Indiana.

21st Century's Triyontae Lomax, left, is fouled by Kouts' Cale Wireman on his drive to the basket Friday in Gary.