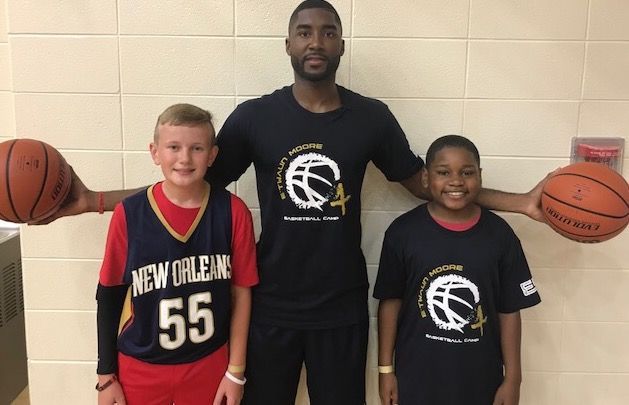 E'Twaun Moore, middle, founded the E'Twaun Moore Foundation in 2014 to give back to his hometown of East Chicago. 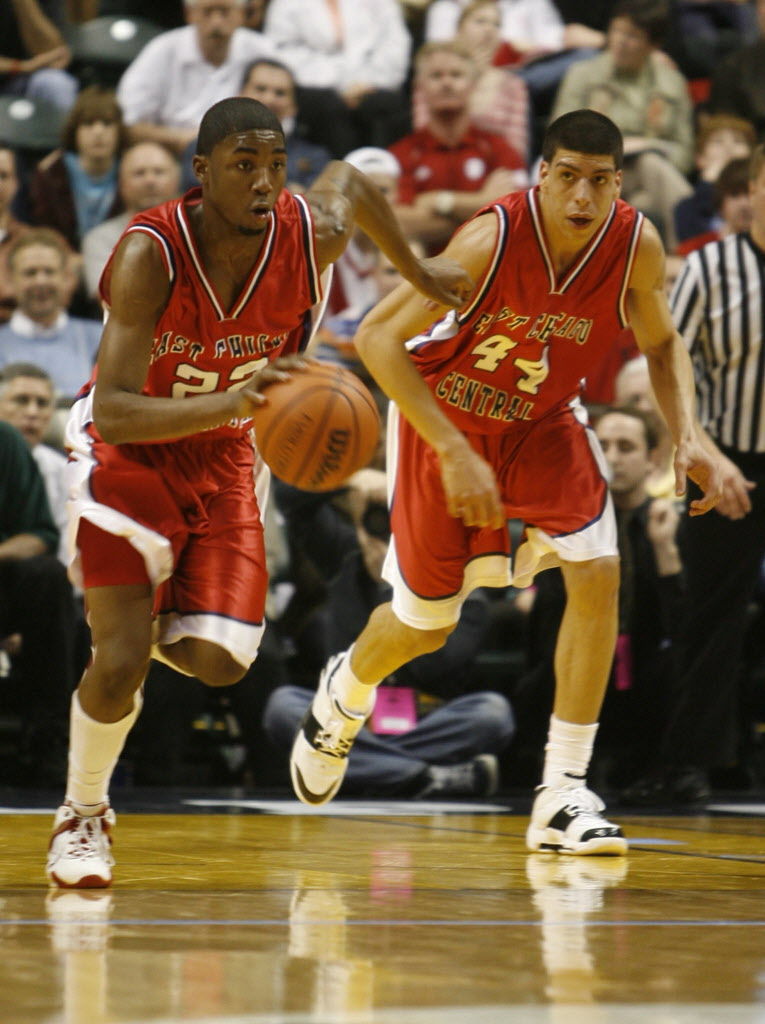 Dianna Darden graduated from E.C. Central in 1995, and 23 years later she still takes a lot of pride in her alma mater.

She remembers the passion and energy her classmates had when they were Cardinals. But in more recent years, Darden said that level of school spirit has dissipated and she is doing everything she can to rebuild it.

Darden is the founder and chair of the E.C. Central Alumni Giveback Committee. And since its foundation in 2015, she said many graduates have joined to not only reminisce about their days as students but also restart events like the annual Turkey Tournament — which hasn’t happened since the early 2000s.

“I thought it was a pretty cool idea to bring it back because not only was it a time for us to play basketball and the whole Region would come out, we put on our best clothes, tennis shoes and got our hair done,” Darden said. “Some people paid attention to the game, some people didn’t. But it was something people were always excited about coming to.”

Darden said the event provided many members of East Chicago and its neighboring communities with the perfect opportunity to bond, laugh and compete. And with the first tournament in over a decade slated for Saturday, Darden plans on keeping the tradition alive and using it for more than just yearly bragging rights.

All of the proceeds of this event — like many others coordinated by the E.C. Central Alumni Giveback Committee — will be given back to the school to help its current students. But more specifically, the money raised at the Turkey Tournament will go toward a scholarship fund for graduating seniors.

E.C. Central will face Hammond High in an alumni basketball matchup at the Turkey Tournament. And to provide a little more help and attention, Darden has partnered with one of the Cardinals' most famous alums — E’Twaun Moore.

“E’Twaun is still very, very all in with his community,” Darden said. “His family is very accessible, so I just basically reached out to his sister, Ekeisha, and brother, Ezell, and they loved it. They ran it by (E'Twaun) and he said cool.”

Moore — and current Panthers defensive tackle Kawann Short — led E.C. Central to the IHSAA Class 4A state title during Moore's senior year in 2007. The eight-year NBA veteran is in his third season with the Pelicans and founded the E’Twaun Moore Foundation in 2014. And despite Moore's basketball career taking him across the country and the world, Darden said he hasn’t forgotten about his hometown.

According to Moore's website, he has had over 1,000 boys and girls participate in his annual basketball camp, provided more than 600 turkeys to families for Thanksgiving and given away more than 800 toys and clothes to children for Christmas over the past three years in East Chicago.

Ezell Moore, E’Twaun Moore’s older brother and co-director of the foundation, said their entire family believes it is important to pay it forward and empower the next generation of children. So when he and his sister Ekeisha Herrera — the other co-director— heard Darden’s proposal and her plans to raise money for E.C. Central students, it fell right in line with two of the foundation’s core values — education and athletics.

“Giving the proceeds back to go to the E’Twaun Moore Foundation to go towards scholarships was a big hit, so we told her let's do it,” Ezell Moore said. "For us, it's important to never forget where we come from. We have a passion, in our background as a family, for kids and youth. That's just in our blood."

Ezell Moore said the turnout and success of the event will determine how large the scholarships will be and how many graduating seniors will receive one.

Jawann Turner, who graduated from Hammond in 2003, played football and basketball for the Wildcats and said he is excited to take the court.

He joked about talking trash and putting E.C. Central in its place but added that he was grateful Darden reached out to him. He said both schools have always had a fun and respectful rivalry. And even though Hammond never competed in the old Turkey Tournaments, Turner is confident his team will come out on top and set the standard for future participation.

“I’ve been seeing players get ready for it,” Turner said. “And I’ve been trying to get back in shape myself because even with all of the fun parts it’s still competitive. It’s still going to be a competitive fire to it. We feel like E.C. shouldn’t beat us in anything, including the alumni game.”

Darden has been working on this event since January and now that it is only a few days away, she is eager to see everyone show up and have a good time. Regardless of who comes out victorious — although she is convinced Turner will eat his words — she made it clear the Turkey Tournament will always be bigger than the box score.

“I really feel like we need to continue to reach back and let our current students know how important they are and that they come from a legacy,” Darden said. “We got a lot of people that came out of E.C. Central besides E’Twaun and Kawann Short that are doing big things outside of sports.”

"This is where I grew up and where I went to school. This is where my family is. ... I have the opportunity to go back to where I was born and raised."

E'Twaun Moore, middle, founded the E'Twaun Moore Foundation in 2014 to give back to his hometown of East Chicago.