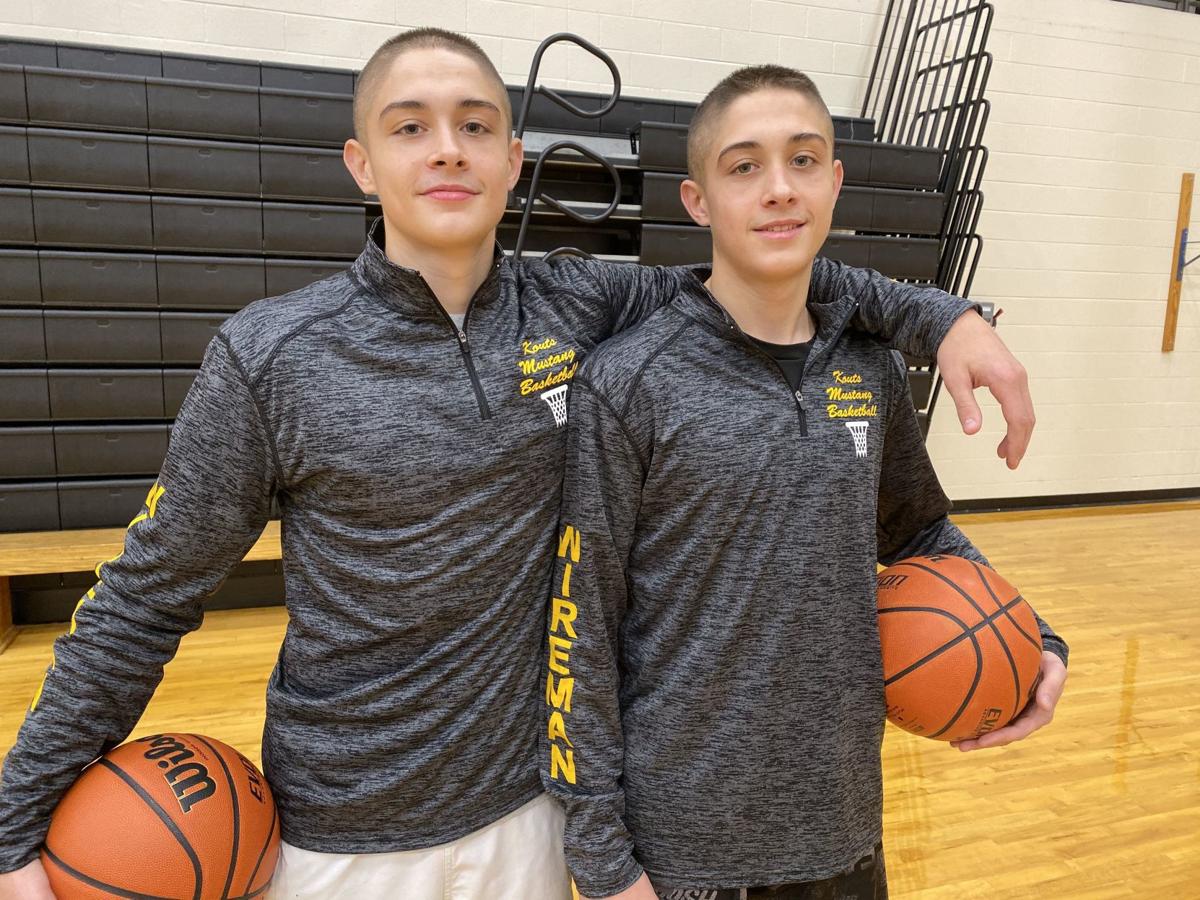 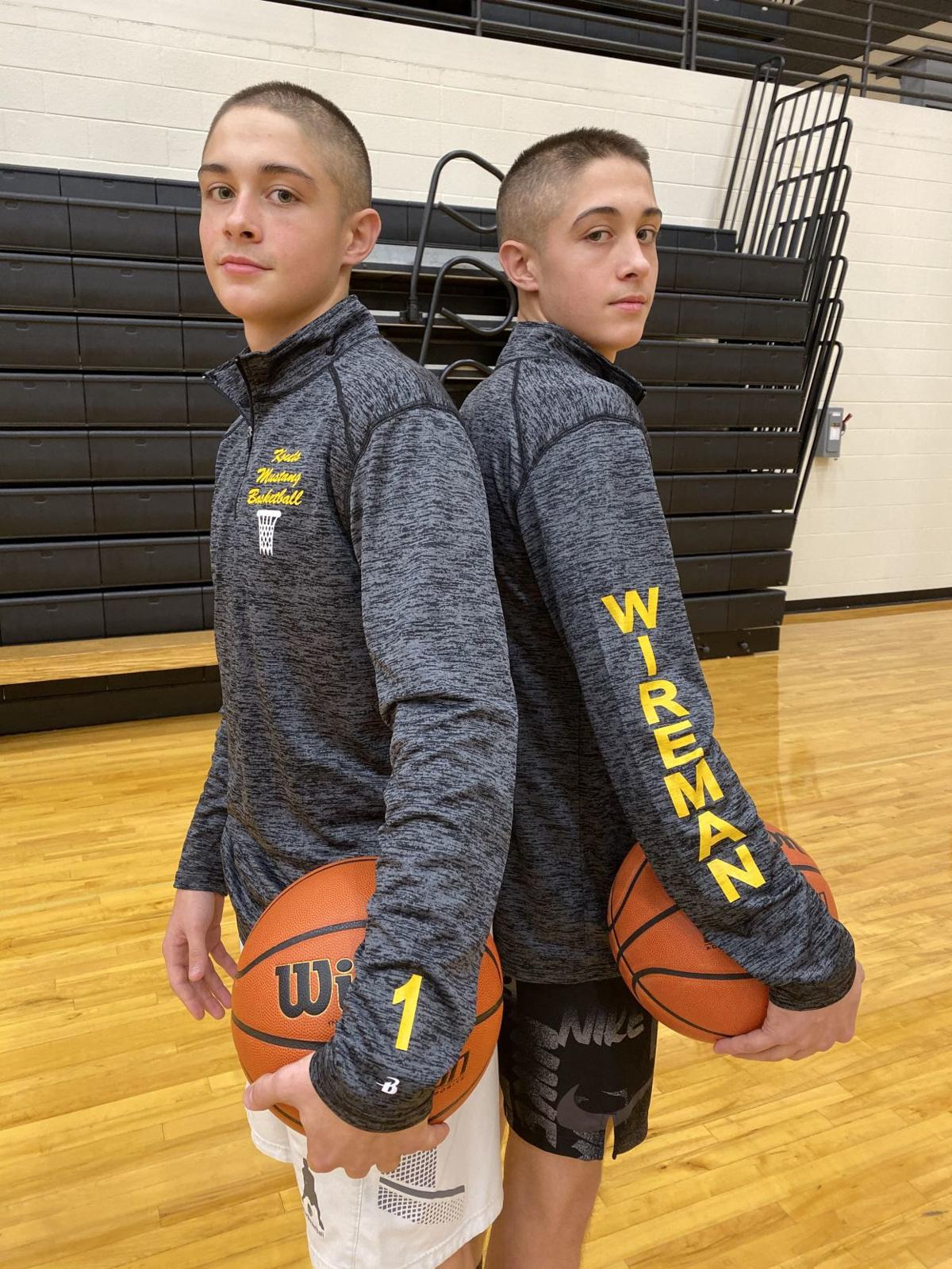 The Mustangs gather for church and then head to the gym. Sometimes there are shooting drills or scrimmages, but mostly the gatherings are just about spending time with one another.

These events aren’t led by Kouts coach Kevin Duzan, but are instead the brainchild of twin juniors Cole and Cale Wireman. The meetings are about far more than basketball. It’s about family.

“Cale and I have always tried to be leaders on our teams, Cole said. “We were brought up the same way. Playing for Kouts, it’s different than anything else. Everyone is a family here.”

Basketball has long been in this family, and the Wireman’s aren’t strangers to the Kouts family. Older brother Brent just finished his high school career last season and he provided something of a blueprint for his younger brothers, especially Cale, who will take over Brent’s role as the starting point guard.

“We always played up two years with Brent in travel (for Five Star Life),” Cale said. “We learned a lot from him. We’re all different players, but we all like to lead.”

Even as sophomores last year, Cole and Cale led Kouts in scoring. Cole averaged 17.1 points per game, while Cale averaged 14.7. Despite being twins, they each bring different strengths to the court. Cole drives to the basket while Cale hits from the perimeter. Cale is the facilitator in the offense, while Cole is the lockdown defender.

“The thing that impresses me is how much they both work at their talent,” Duzan said. “There’s a lot of talented kids who just don’t have the work ethic. They put in the work. They know they can’t do it on their own.”

That’s where the Sunday gatherings come into play. The meetings started small, at first it was Cole and Cale working to get Kouts’ other set of twins, Hunter and Parker Kneifel, to come be workout partners. Once that got off the ground, the rest of the team followed suit.

“Obviously our goals this year are to win the PCC, the tournament, and 20-plus win season,” Cole said. “But it’s more than that. It’s to be more of a family. When it’s all over, that’s what you take away from the experience.”

With Cole and Cale leading the way, the Mustangs are the preseason front runners in what should be a highly competitive Porter County Conference. While the postseason is what all programs gear toward, Kouts is aiming to defend its PCC tournament title in January. It’s one of the goals that gets talked about on Sunday nights.

“We’ve played in a lot of big (travel) games, but nothing compares to the PCC,” Cale said. “You think you’re ready for it until you walk out there for the first time. I can’t even describe it.”

Without a home, Roosevelt's boys basketball team still presses on

Roosevelt, which is 2-8 heading into a Jan. 29 game at River Forest, has played every game on the road this season.