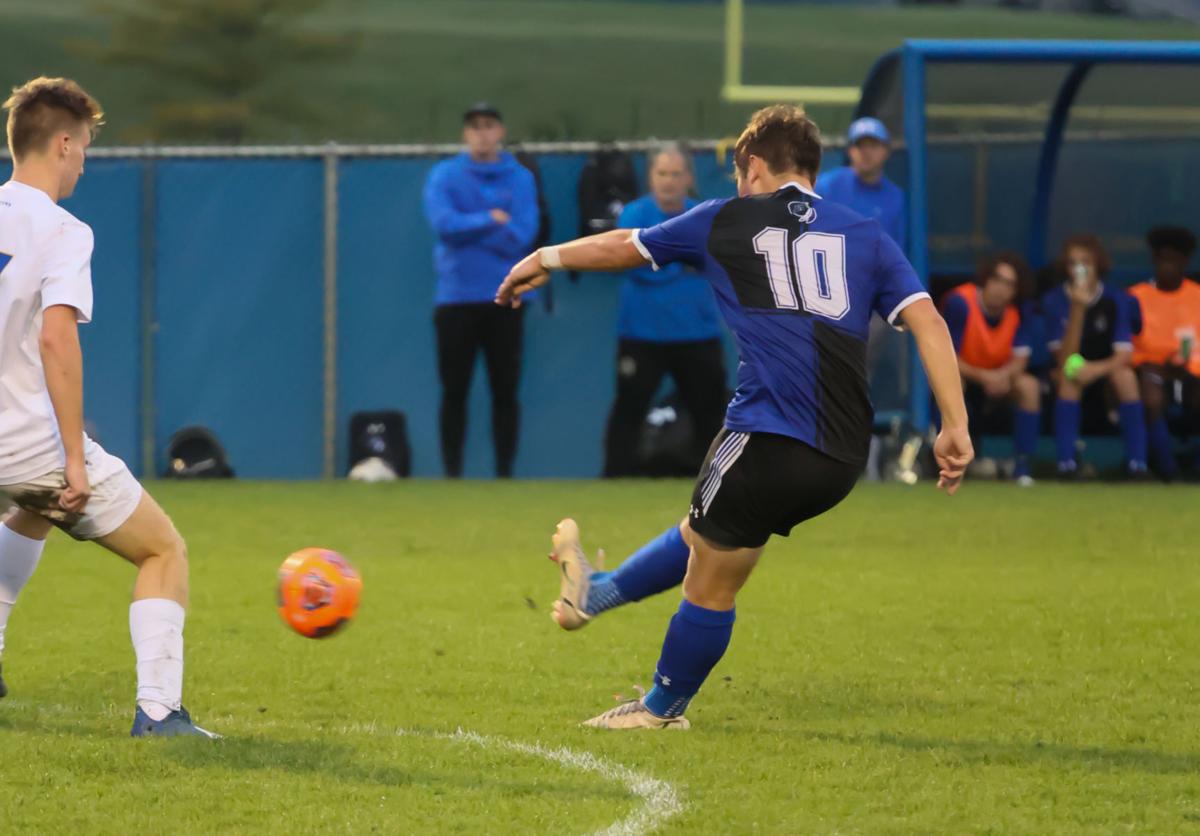 Benjamin Puch scores another goal for Lake Central against Highland in Wednesday's Class 3A sectional semifinal. 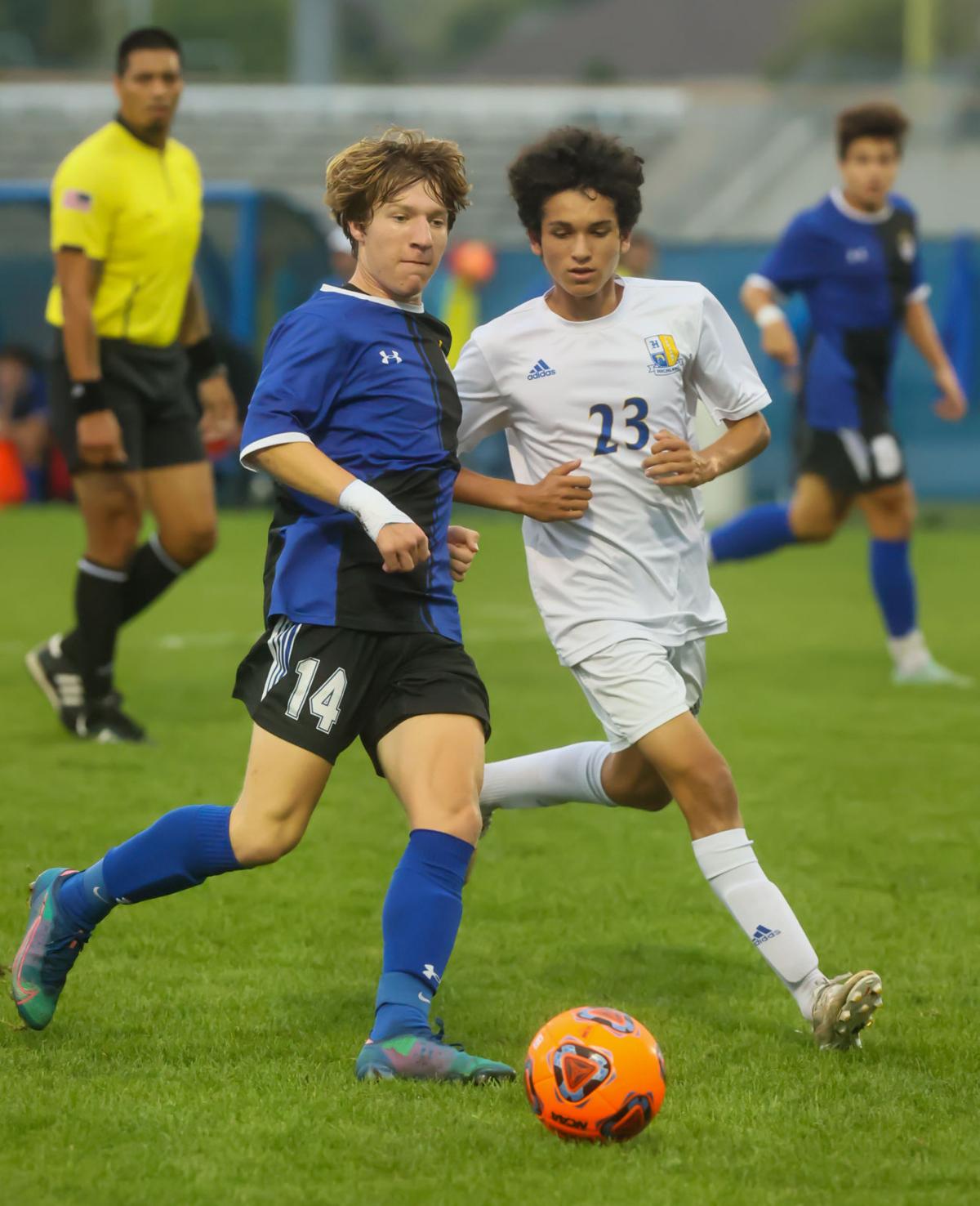 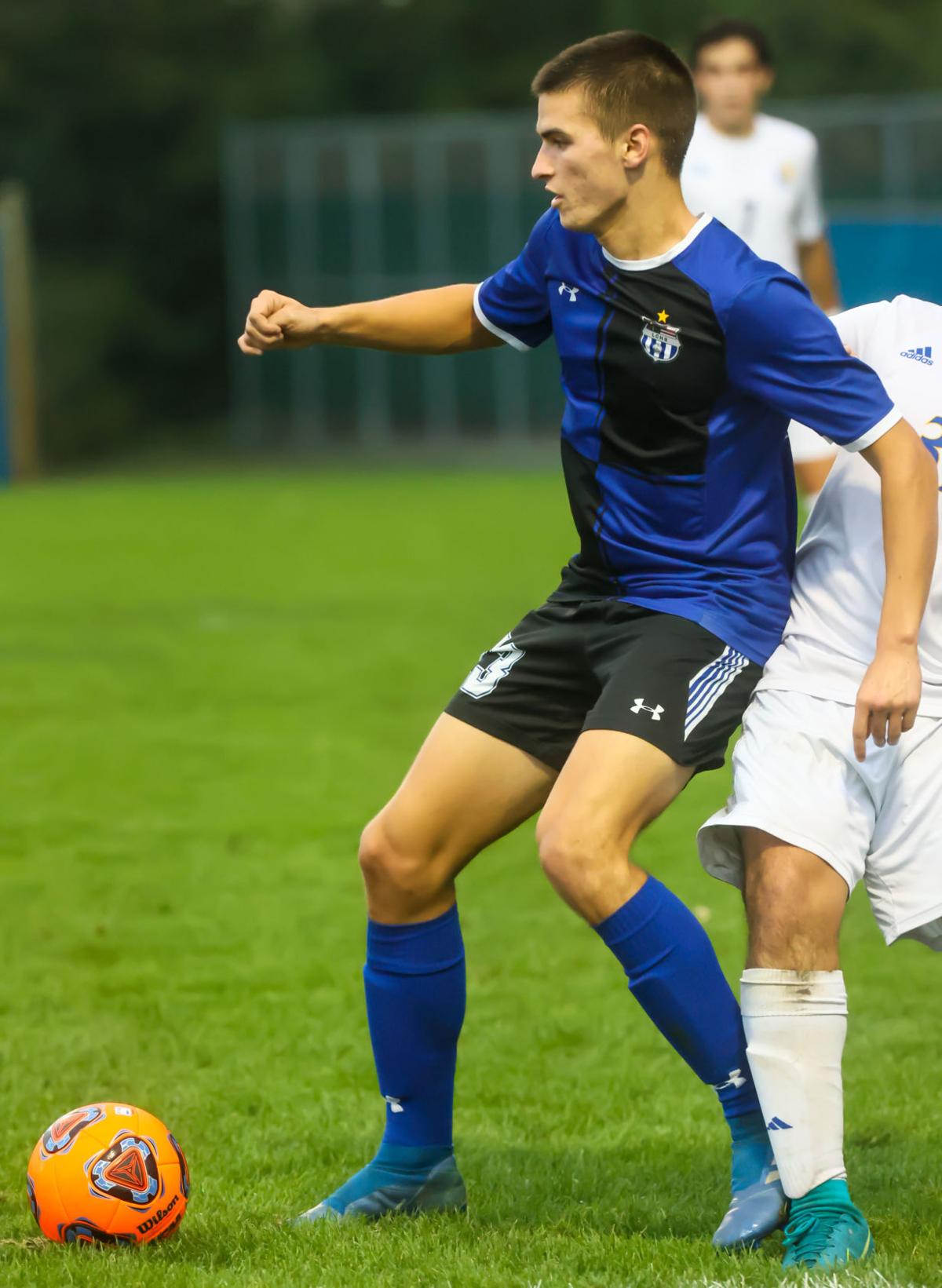 Lake Central's Ryan Mauder tries to gain control of the ball against Highland in Wednesday's Class 3A sectional semifinal.

ST. JOHN — Lake Central is back on track, looking toward the future.

The Indians easily won a 7-0 match over Highland Wednesday of their home sectional semifinal. Tuesday they won a 9-0 game over EC Central in the postseason opener.

They’ve effectively put a disappointing loss to Valparaiso in the regular-season finale behind them.

The Indians (12-3-2) were on the attack early Wednesday. Puch scored the first of his two goals at 16:16. The ball found him in the box with no one between him and Highland goalie Aerik Tanis. Puch fired a shot from about 15 yards into the right side of the net.

Lake Central had multiple opportunities to score later in the first half but didn’t convert any into goals until Charles Newton’s score in the 30th minute. Jakob Noldin added another just before halftime.

Puch added another in the second half.

“We were just kind of moving up, getting into the attacking third and I got the ball at the top of the box. I thought why not have a shot,” he said. “It took a deflection but it is what it is. I’ll take a second goal.”

“We got some guys some minutes. We executed. Guys got some more experience. It was a good night,” coach Shane Cloutier said.

In Saturday’s sectional championship, the Indians will take on the winner of the later game between Munster (12-4-1) and Hammond Central.

“We’re ready to take on anyone Saturday at home,” Cloutier said. “I think this solidifies things for us, another shutout, another home win. It’s big for our guys. Every time we stop on the field, we try to get a little better and I think tonight some guys did.”

The Mustangs have had Lake Central’s number of late, winning the last three meetings.

That includes a 5-1 match in last year’s Highland sectional championship and a 3-1 game on Aug. 30.

“We lost to Munster in the regular season but we’re looking to take care of business on Saturday,” Puch said. “I think that we’re the better team and we’ve got the better players. Going into Saturday, we’ve just got to keep the confidence level up and really play our game.”

How Munster won: Alex Prots scored in the 52nd minute when Hammond Central goalie Jonatan Mendoza, who was very aggressive all night, was caught out of position. Prots got the ball behind Mendoza and beat a Wolves defender in the box. Francesco Stoner put the game away with a score in the 66th minute.

Impact player: Mustangs center back Gianluca Scalzo led the defense to a shutout and scored a goal off of a corner kick in the second half.

Wolves defend den early: Munster applied near continuous pressure for most of the game, creating a multitude of chances. Mendoza and the Wolves defense didn’t break until well into the second half.

“He’s a servant leader for our program. He doesn’t get a lot of recognition because he plays center back but he is definitely the person who keeps us together as a cohesive unit.”

Short-handed Griffith looks back on successful year after regional loss

Ask anyone who has played soccer, and they’ll tell you how hard it is to field a competitive team without a full bench.

“It was such a technique goal. It was just all technique and he just buried it," Chesterton coach Lucas Sabedra said.

Andrean and Illiana Christian both went to overtime in their regional championship games, but came away with different results.

Marina Gronkiewicz not ready for Munster ride to end

“It’s such a great honor to grow with this entire team and I can tell you now that one of the hardest things I’ll ever have to do in life is letting go of all this when it’s over."

“We had to probably go through something like (the loss to Chesterton) to figure out who we are a little bit. We know where we’re at. We know we can compete with good teams."

Benjamin Puch scores another goal for Lake Central against Highland in Wednesday's Class 3A sectional semifinal.

Lake Central's Ryan Mauder tries to gain control of the ball against Highland in Wednesday's Class 3A sectional semifinal.