'That's the outfit I had to take off' for alleged child molester, teen testifies in Valpo 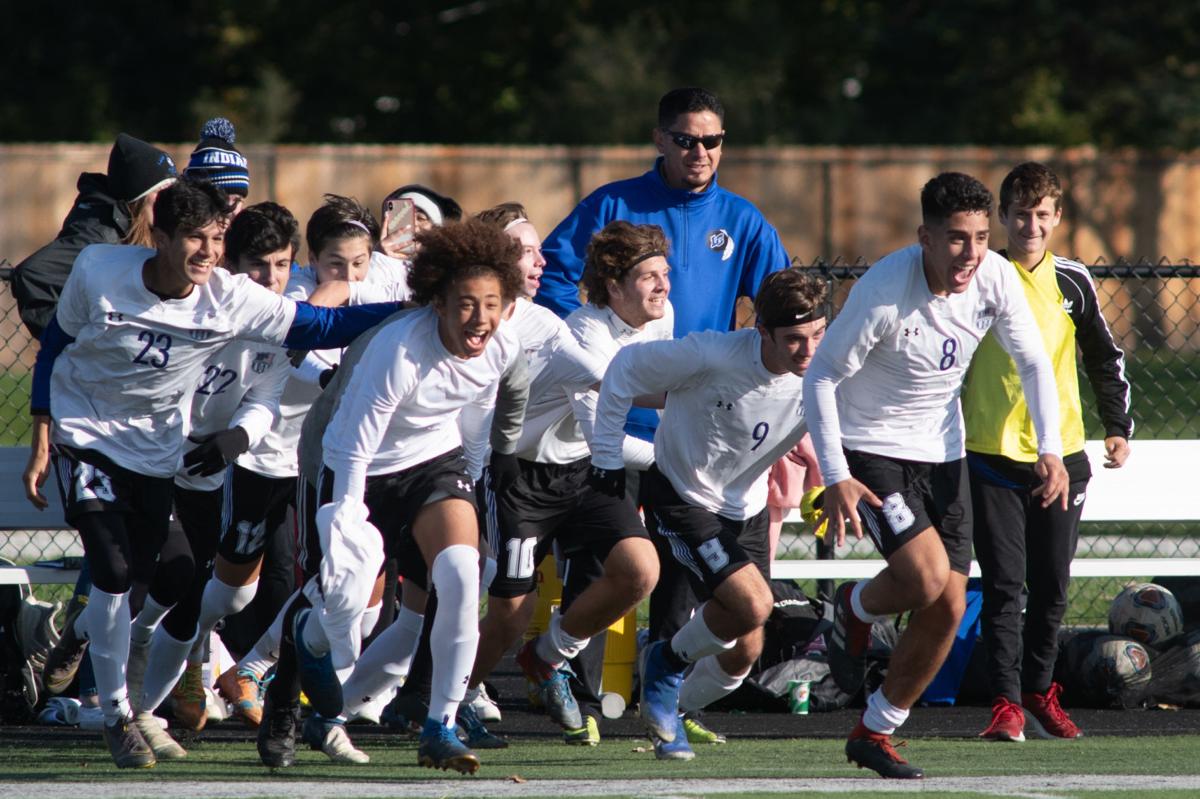 Lake Central players rush the field as time expires in their 5-1 Class 3A sectional championship win over Morton on Saturday afternoon at Munster High School. 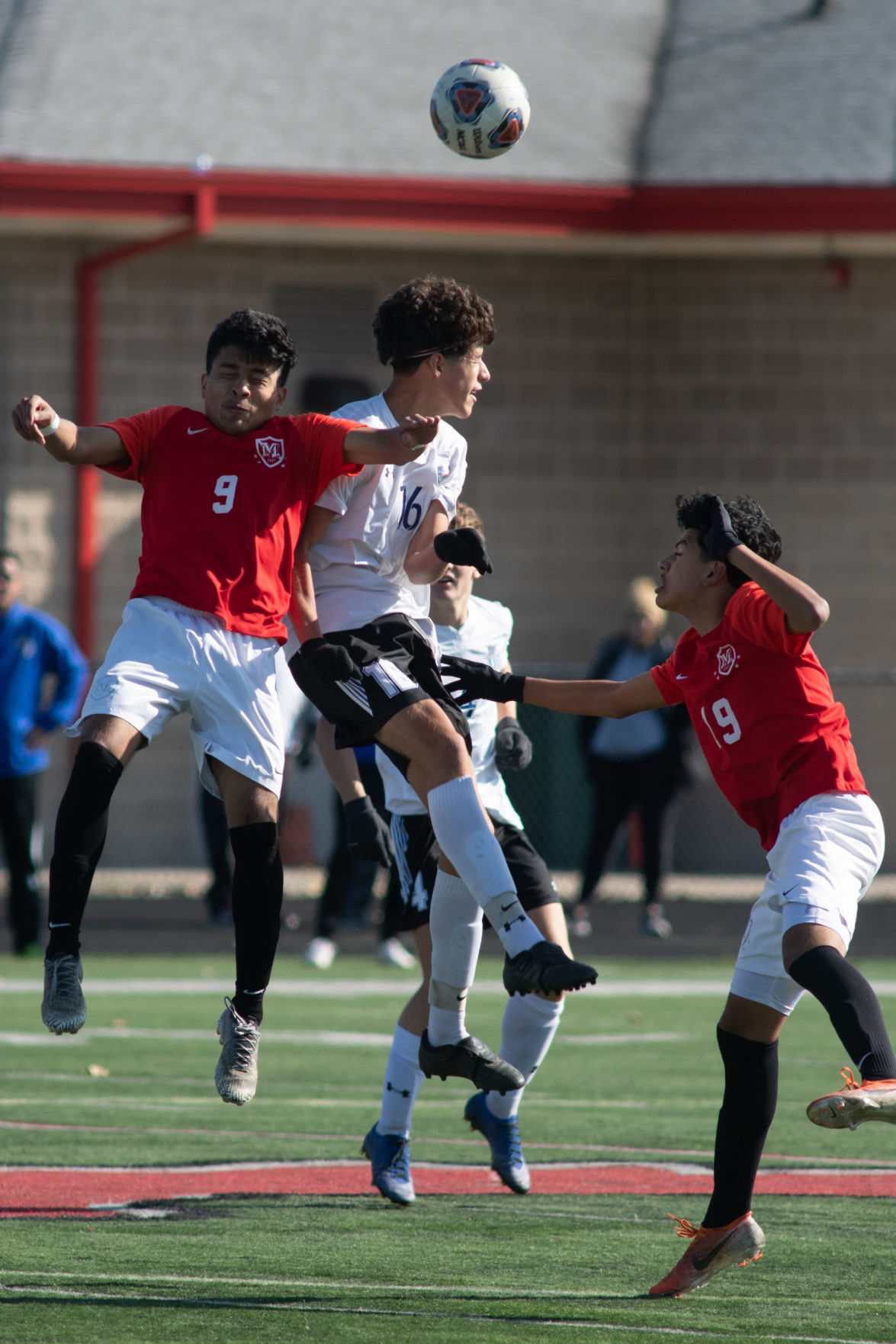 Morton's Erick Torres and Lake Central's Geno Zambrano both challenge for the header with Morton's Adan Reyes on Saturday in the first half of a Class 3A sectional championship game at Munster High School.

MUNSTER — To anyone that pays attention to Northwest Indiana soccer, it seems like Emilio Zambrano has been playing at Lake Central for 20 years.

"We knew he was a guy we could use," Lake Central coach Jereme Rainwater said of Zambrano. "... when we needed goals Wednesday he scored two and (Saturday) he was virtually our quarterback out there."

It has only been three years, though, and the experience showed on Saturday afternoon with two goals in his team's 5-1 win Morton in the Class 3A Munster Sectional final. He had two goals in the championship.

Lake Central (9-5-3) has 21 overall sectional titles, which is good for second-most all time behind Center Grove's 22.

"It's been a tough year, but to get this one is a good feeling for more reasons than just getting the trophy," Rainwater said.

The Indians avenged their 1-0 loss from Sept. 16 and will face South Bend Adams in the opener of the Penn Regional next Saturday.

"This week we just have to be smart and practice hard because how you practice is how you play," Zambrano said. "Rainwater taught us that."

In the beginning of the match, Morton (15-4) had the advantage when senior forward Erick Torres was taken down in the Lake Central box.

At the 7:18 mark Morton struck the first blow when Governors senior midfielder Moises Tirado scored on the ensuing penalty kick by pushing one past Lake Central senior keeper Adrian Orciuch.

Lake Central controlled possession for the majority of the first half, including between the 19th and 21st minutes when it had two separate chances to tie it.

Morton freshman keeper Jair Hernandez stopped a shot off a deflection in the 19th minute, then two minutes later, Zambrano had a 1-v-1 on a breakaway, but his left-footed shot tailed away from the goal.

He wouldn't be denied three minutes later, though, as he tied the match at one after he one-timed a shot off a deflection from Rob MacNeill's shot.

Zambrano scored the go-ahead goal and his second of the day on an assist after senior forward Jack Bailey took the ball deep into Morton territory and passed it to Zambrano, who beat his man and snuck behind the Governors defense.

Lake Central sophomore forward Jakob Noldin added goals in the 50th and 51st minutes, with one coming off a left-footed rocket that went past Hernandez to the left upper-90 and the other off a deflection from a Joel Arteaga shot.

"How about that one goal from Jakob?" Rainwater said. "That was a strike."

Senior Youssef Errihani added a goal in the 66th minute off Bailey's second assist on the day.

"We knew having lost a lot of good players like Carson Shrader and Nathan Thomas that people would be talking a lot and that it was gonna be tough, but we hate the word 'young,'" Zambrano said. "All the hard work has paid off and getting the title back is unbelievable."

"Our center back landed hard on the turf in the first half and another center back went out about 10 or 15 minutes into the second half, so we didn't have the defense we wanted out there to run against a talented team," Morton coach Chris Jagadich said. "It was an exciting year and they fought hard all year long by scoring goals late in games and facing adversity they hadn't seen before because we were almost always ahead."

Lake Central players rush the field as time expires in their 5-1 Class 3A sectional championship win over Morton on Saturday afternoon at Munster High School.

Morton's Erick Torres and Lake Central's Geno Zambrano both challenge for the header with Morton's Adan Reyes on Saturday in the first half of a Class 3A sectional championship game at Munster High School.