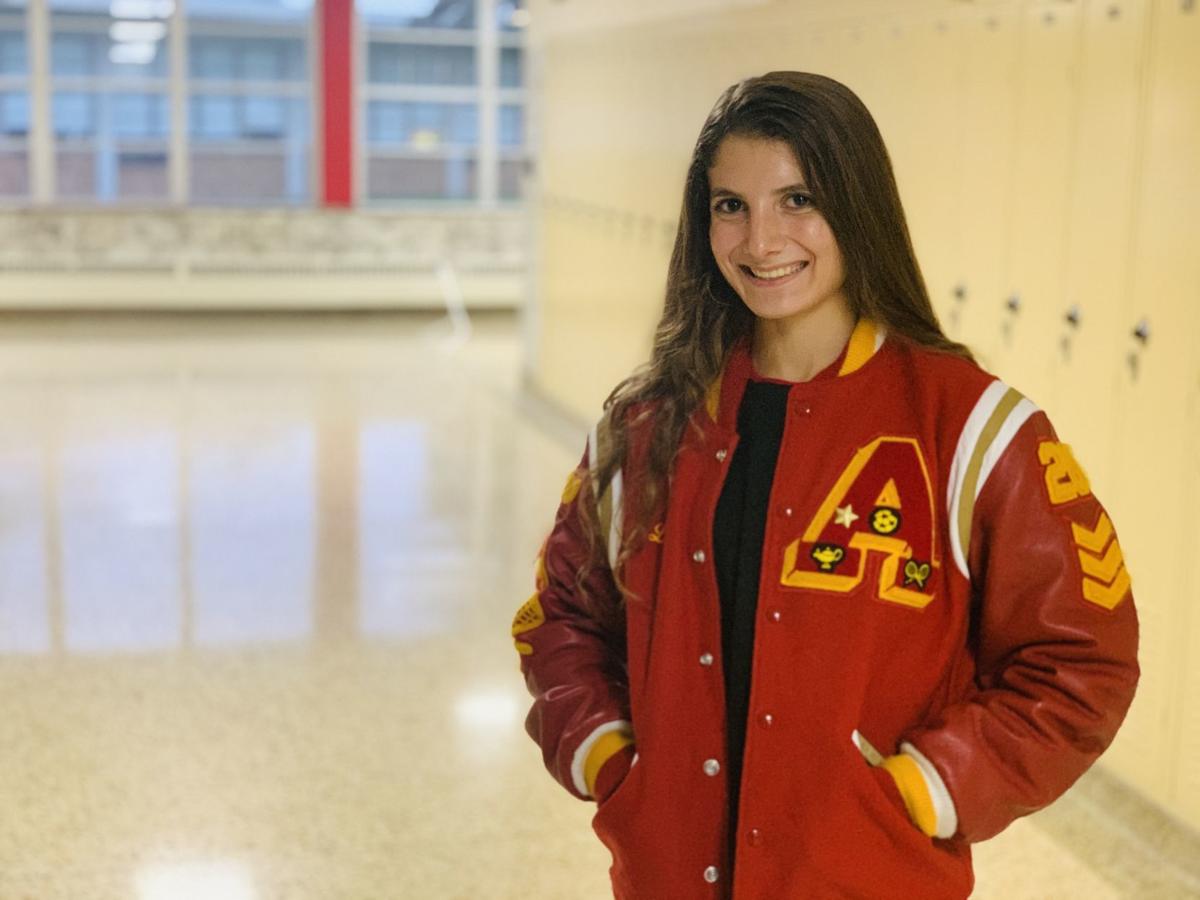 Senior Lilli Greiner is Andrean's fifth girls cross country runner to qualify for state since 1981 and the first in eight years. 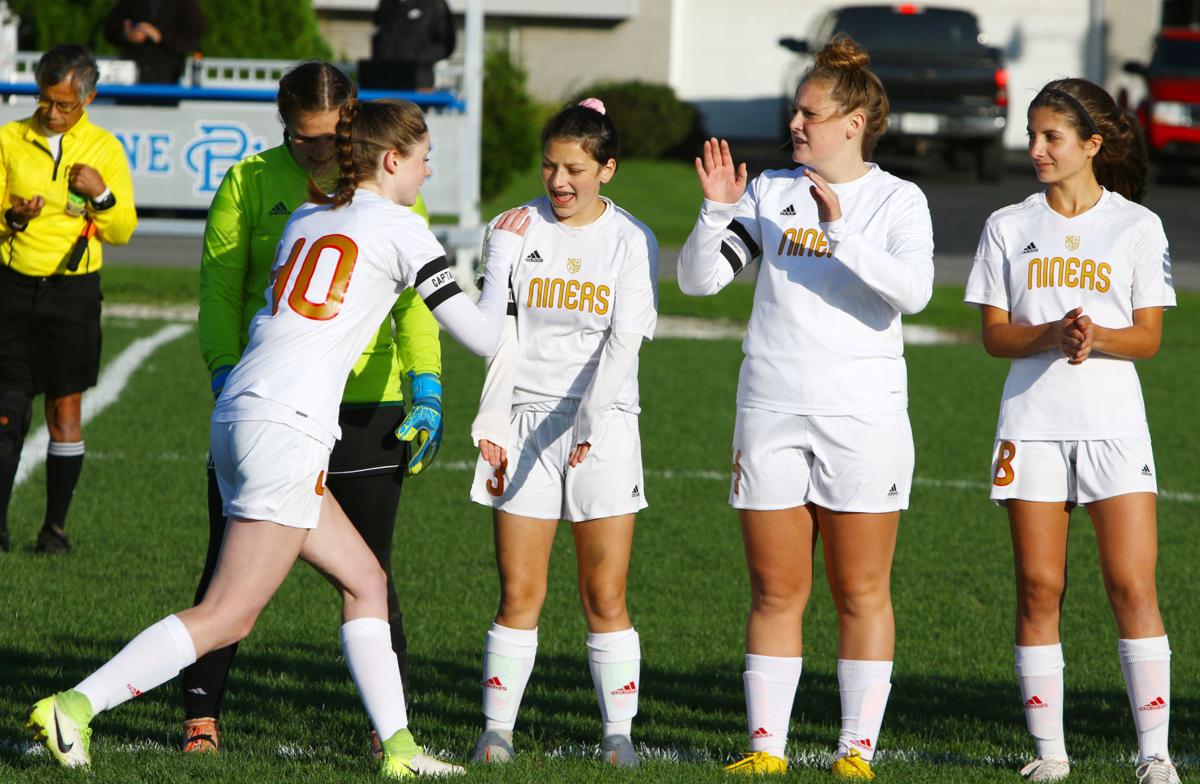 Senior Lilli Greiner, far right, started as a midfielder for Andrean during the 2019 girls soccer season. 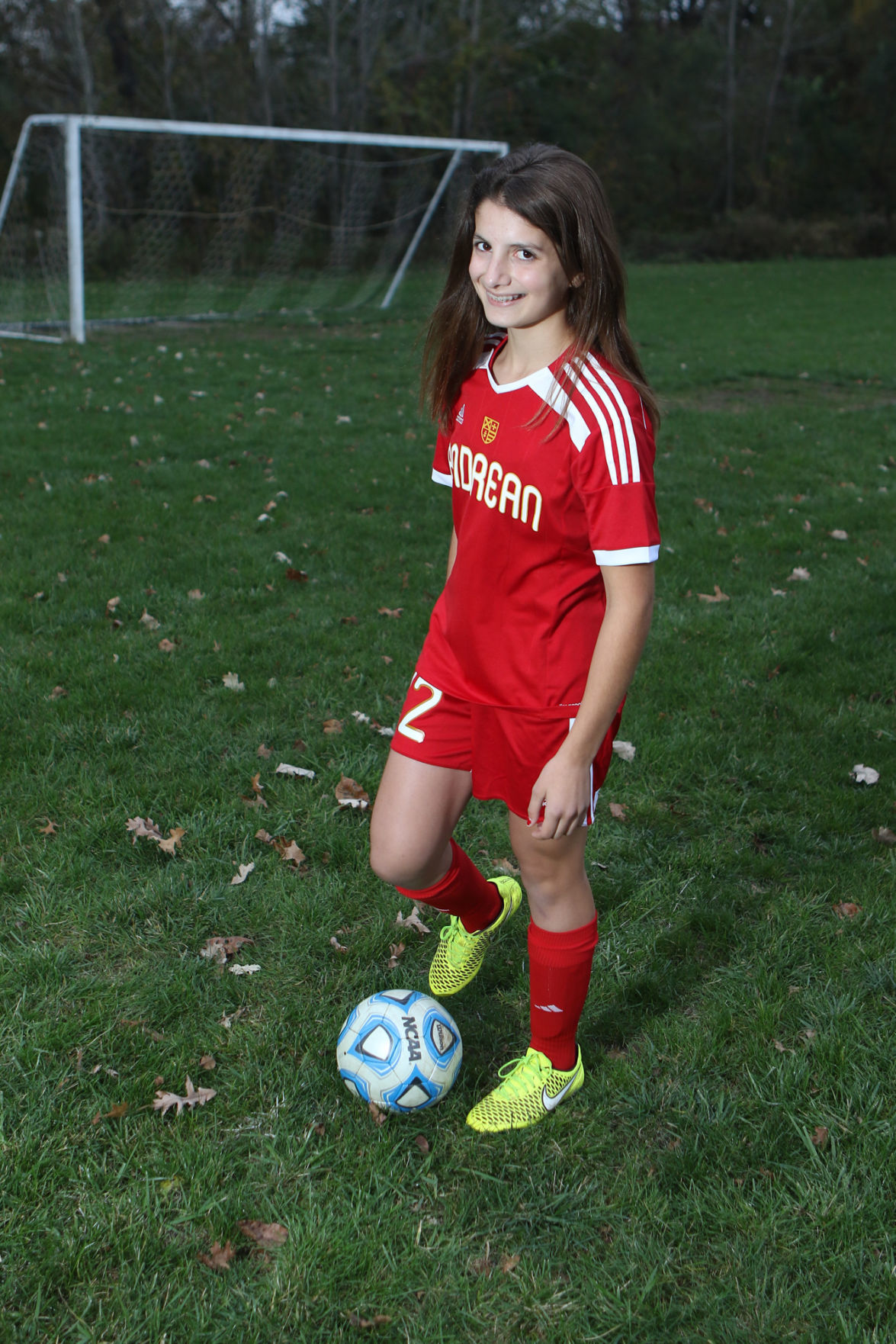 Lilli Greiner was a member of Andrean's only state title-winning girls soccer team in 2016. 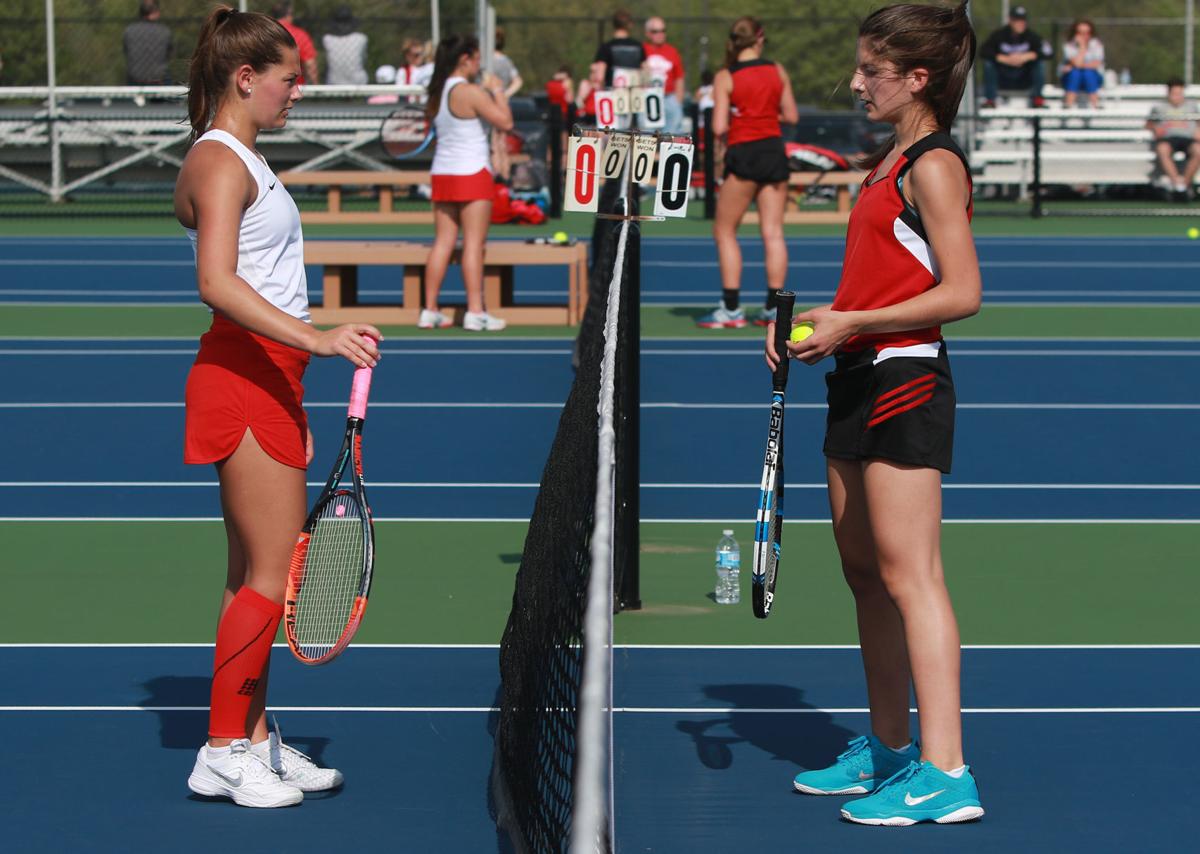 Crown Point's Karlye Sopczak, left, prepares to square off against Andrean's Lilli Greiner in a tennis match. Greiner also runs cross country and track and played soccer for the 59ers.

MERRILLVILLE — Lilli Greiner wanted desperately to cap off her senior year with a trip to state.

Saturday, she’ll get her wish — but not exactly how she envisioned.

Andrean’s standout cross country runner and lone state qualifier (boys or girls) finished 12th at the New Prairie Semistate meet in a time of 19 minutes, 15.3 seconds to become the first 59er to advance to Terre Haute in eight years.

She is also just the fifth girls cross country runner since 1981 to represent the school during the final race of the year. However, if Greiner had it her way, she would be at Fishers instead of LaVern Gibson this weekend.

Originally, the senior’s main goal was to reach state in soccer — a sport she’s loved and played since she was 3. Making it to the biggest stage in cross country was simply an afterthought seeing that she just started running competitively in January.

“I joined track last season because my brother (Fulton) wanted to, and he was actually my ride to school, so I kind of had to,” Greiner said with a laugh. “And then I ended up loving it, and I got talked into doing cross country and soccer at the same time, so I’ve been doing that since June.”

After school, Greiner would train with the cross country program from 3:40 p.m. to 4:40 p.m. and then join the girls soccer team for practice from 5 p.m. to 7 p.m. Over the past three weeks, she’s been able to fully dedicate herself to running because Andrean’s soccer season ended in heartbreaking fashion.

Boone Grove defeated the 59ers 2-1 in overtime at home in the Class A sectional championship and scored the game-winning goal in the 91st minute to bring Greiner’s prep soccer career to a bittersweet close.

Earlier that day, she finished fifth at the Hebron Sectional in 20:13 to keep her cross country season alive and still had enough energy to compete in the sectional title game. Greiner was even willing to forfeit her spot in the Crown Point Regional if the soccer team had moved on because the regionals for both sports overlapped the following weekend.

“It was a really good season for us, I think,” said Greiner, who was a freshman on the school's only state championship girls soccer team in 2016. “We got a lot closer as a team, and we were working pretty well. Obviously, that was upsetting — losing in the sectional championship in overtime. But I think because I still had cross country, it made it a bit easier on me at least, just to have something to keep doing.”

The 59ers ended the year 8-8-2 and came up just short of claiming their seventh sectional crown. Greiner registered only one goal on the season, but Andrean girls soccer coach Jeff Clapman believes his starting midfielder's true value went beyond the stat sheet.

Since the senior is so unselfish, he was able to plug her into a number of roles to help the team’s overall success. Clapman also mentioned that Greiner’s conditioning from cross country enhanced her performance on the field and made him more comfortable with putting her in during any situation.

“When she approached me about doing both sports early in the season, other than stressing her body out, I didn’t really have a lot of concerns from her as a student-athlete because she is so mature and understands what it takes to compete at both levels,” said Clapman, who has been at the helm for six years. “It’s been a fun ride to now watch her with cross country in the postseason and cheer her on.”

59ers cross country coach Kelly O’Shea is in her first year with the program and couldn’t be prouder of Greiner. Andrean has roughly 400 students and only two other girls were on the team this season — freshman Valerie Tyrka and sophomore Nicole Cespedes, who finished 80th at the New Prairie Semistate.

Even though Greiner split her time with another fall sport and is the leader of a tiny squad, O’Shea wasn’t too surprised when the senior punched her ticket to Terre Haute. During track season, when O'Shea was the interim coach, Greiner qualified for the Portage Regional and finished 10th in the 1,600 meters (5:38.40) and 11th in the 3,200 (12:16.01), despite never running competitively before and having limited opportunities to train.

Greiner only attended one outdoor track practice because this fall isn't the only time the senior has pulled double duty. In the spring, she is also a member of the girls tennis team.

“I’m really excited for Lilli. We all are very excited,” said O’Shea, who graduated from Wheeler in 2014 and was a three-time state qualifier in the 800. “Lilli is a rare athlete to come across. I really enjoyed having her on the team, and we all enjoyed having her because she listens and does the work. She does it in a good manner, and she’s coachable.”

In preparation for Saturday, O’Shea doesn’t want Greiner to put any pressure on herself, and the senior said she plans to race freely. Considering that her running career hasn’t even hit the one-year mark yet, the only expectations she’s trying to meet at LaVern Gibson are her own.

“I don’t really have a place goal necessarily,” Greiner said. “We’ll talk more strategy as we get a bit closer, but I just want to go all out because I don’t think I’ve done that yet, so state is probably a good time to do it.”

Senior Lilli Greiner is Andrean's fifth girls cross country runner to qualify for state since 1981 and the first in eight years.

Senior Lilli Greiner, far right, started as a midfielder for Andrean during the 2019 girls soccer season.

Lilli Greiner was a member of Andrean's only state title-winning girls soccer team in 2016.

Crown Point's Karlye Sopczak, left, prepares to square off against Andrean's Lilli Greiner in a tennis match. Greiner also runs cross country and track and played soccer for the 59ers.