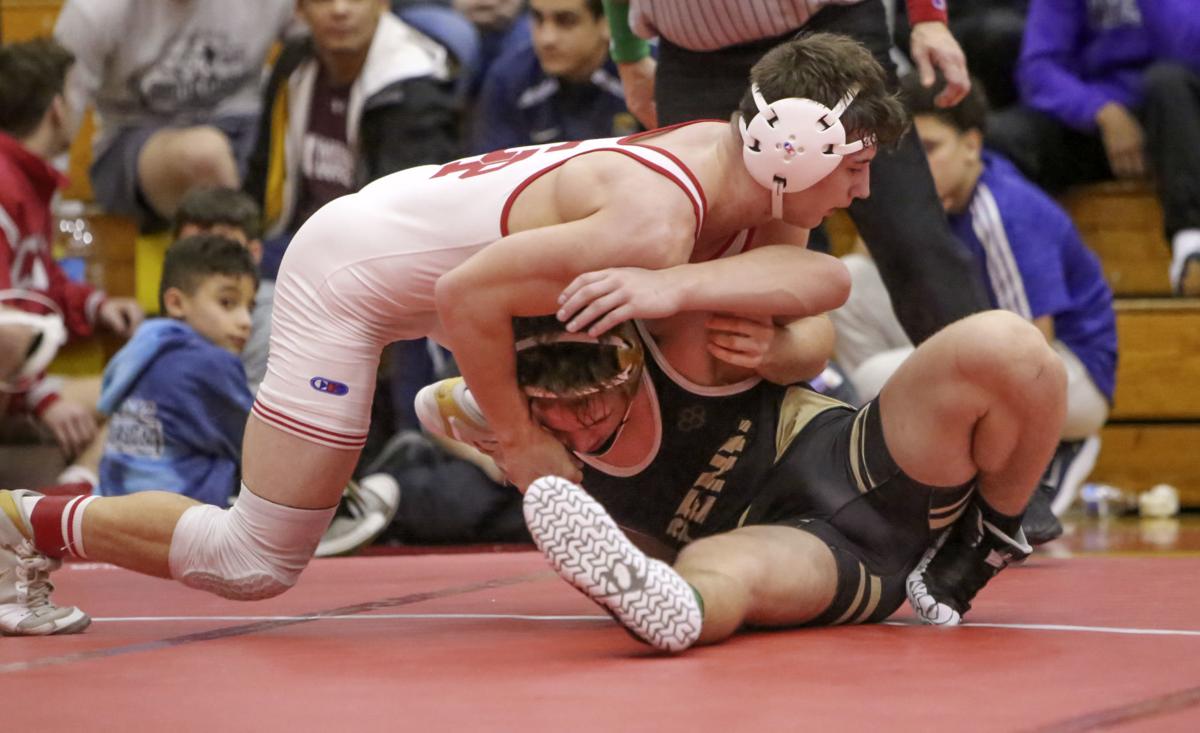 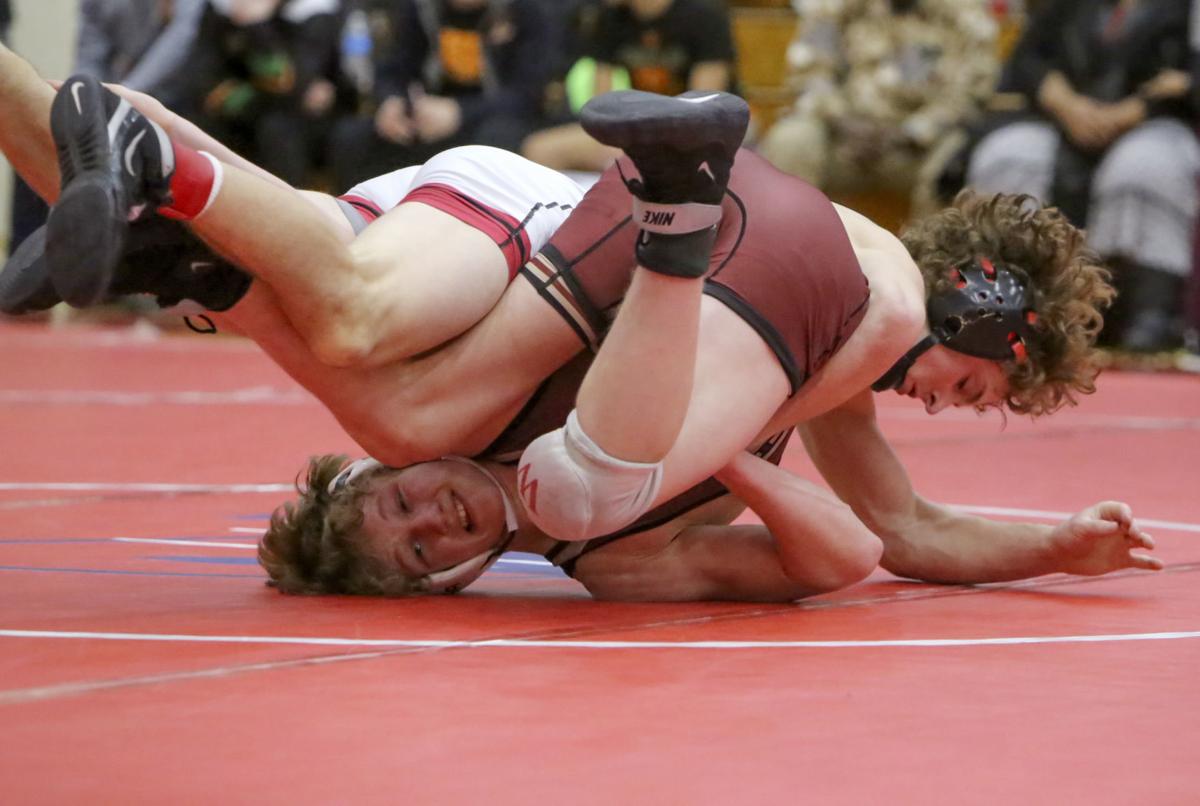 EAST CHICAGO — Crown Point repeated as champs and two regional teams will be a wrestler short of a softball team in the state meet after the EC Central Semistate Saturday.

The Bulldogs won with 180.5 points, followed by Chesterton with 143. CP and the Trojans will each send eight wrestlers to the state finals next week at Bankers Life Fieldhouse in Indianapolis.

“We’re always talking about a state title in practice. That’s what we’re striving for this year,” Crown Point junior Stephen Roberson said. “I love the eight kids that made it out of semistate. We always push one another.”

Roberson won the 126-pound semistate title over the Trojans’ Aidan Torres 3-1 in sudden victory. A quick takedown in the overtime period was the difference.

“I think I’ve reached my peak. I’m going to continue peaking,” Roberson said. “One week left and I’m going into Banker’s Life confident in myself and the team.”

Chesterton’s Ethan Kaiser was trailing Rensselaer’s Eli Hickman by a point very late in the 138-pound final. He scored a reversal to at the literal last second to win 10-9.

“It was all heart. I just kept battling,” Kaiser said. “I was kind of just waiting for that opportunity to get around and, boom, I did it.”

Chesterton junior Brock Ellis will wrestle at state for the third time after an 8-6 decision over CP’s Orlando Cruz at 145 pounds. Ellis improved to 49-0.

“I don’t come to these tournaments for 30-second matches. To be the best, you’ve got to beat the best,” Ellis said. “Orlando proves every match that he’s right up there with the best.”

Crown Point’s Noah Hollendonner held off Penn’s AJ Steenbeke in the 160-pound final, winning 3-2. He took a knee to the nose near the end of the match.

“If I just do the right things, work hard in practice, train right this week, I think I can win the whole thing,” Hollendonner said.

Giovanni Diaz continued his dominance at 120 pounds with a 5-0 decision over the Bulldogs’ Riley Bettich. It’s the Wheeler senior’s third win of the postseason over Bettich.

“As the day went by, I started to feel better and better. I was really good today,” Diaz said. “(State) is going to be tough. I’ve got to get my head ready.”

Portage heavyweight Damari Dancy also furthered an individual rivalry with a 5-3 victory over Highland’s Sam Perez Jr. in the 285-pound final. The two have wrestled five times in the last two years, including each level of this postseason.

“I feel really confident (heading into the state finals,” Dancy said. “I feel like I have the ability to become a state champ this year.”

Dancy qualified for state last season but didn’t make beyond the opening round.

Merrillville’s Khris Walton overcame a mental hurdle with a 1-0 win over West Lafayette’s Connor Barket in the 182 championship. Walton lost to Penn’s Noah Brown 5-3 in sudden victory during the semistate ticket round a year ago.

“It feels really good to finally get what I set my goal out for,” Walton said. “I got more to go. We still got state. My goal is to be up on that podium.”