Valpo man gets probation for attempting to film girl naked 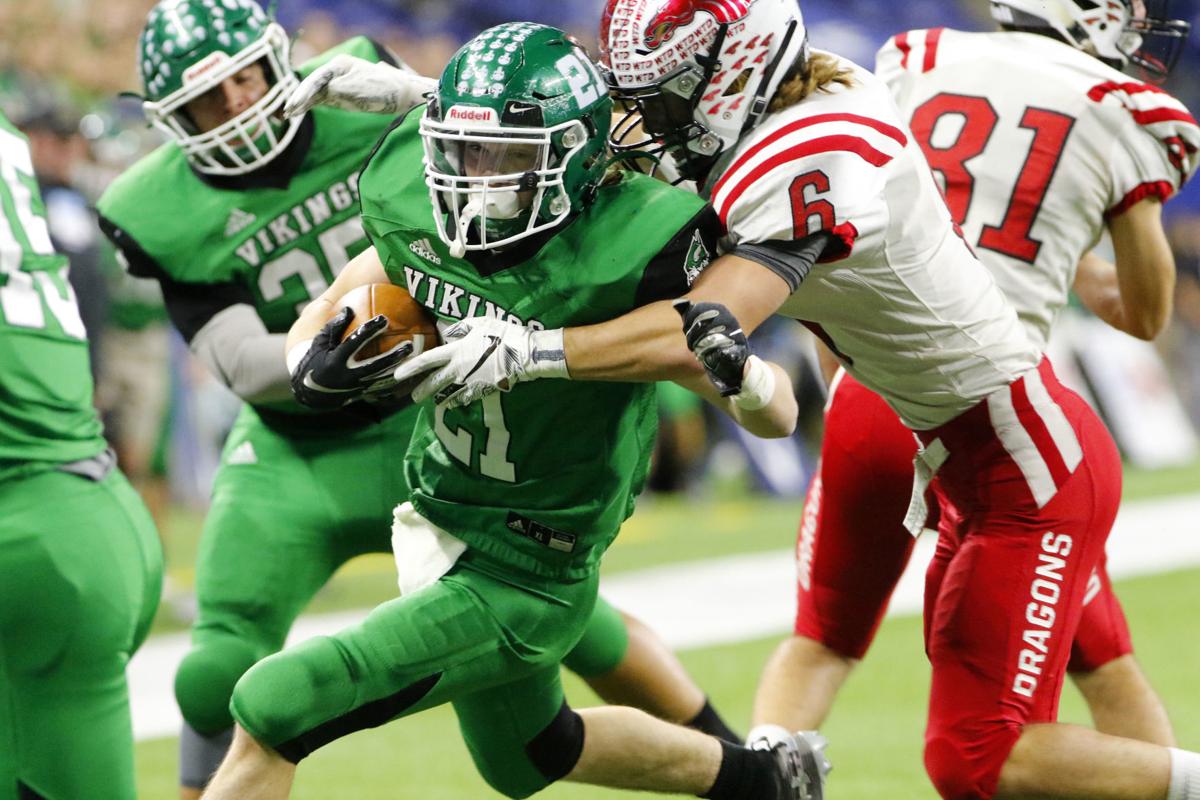 Valparaiso's Hayden Vinyard, left, is stopped by New Palestine's Brody Luker on a gain Friday during the 5A state title game at Lucas Oil Stadium in Indianapolis. 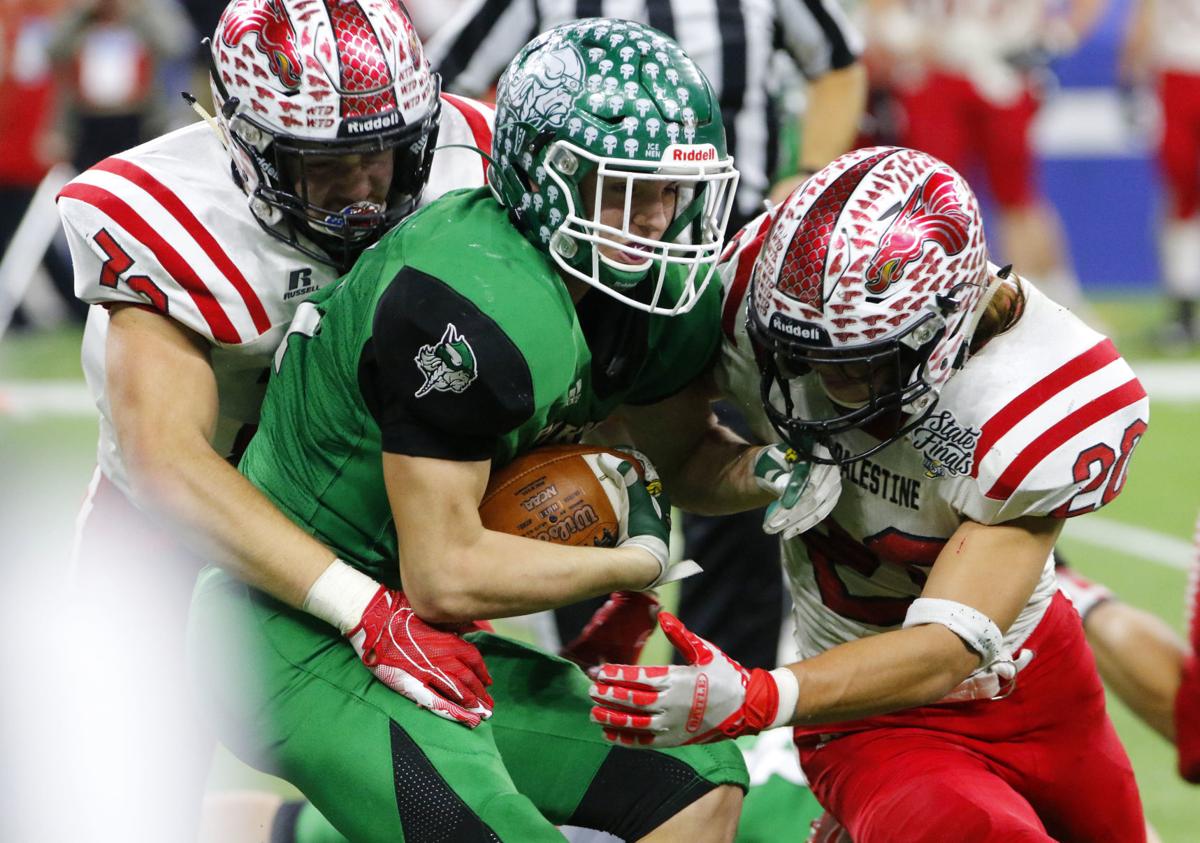 Valparaiso's Tommy Burbee, center, pushes forward for a gain Friday during the 5A state title game at Lucas Oil Stadium in Indianapolis.

INDIANAPOLIS — With three seconds left in Friday's Class 5A state final, Valparaiso players stood still on their sideline, hands on hips, staring into the distance. The Vikings had come so close to an undefeated season and their first state title since 1975, and they realized New Palestine could take a knee and extend that drought.

But if it was a crushing loss, Valparaiso didn't show it afterward. Instead, the Vikings reflected on a near-dream season and on getting back next year.

“The senior class from two years ago … really set the bar,” defensive lineman Cooper Jones said. “We're no longer the team that's like, whatever, kind of good at basketball, but football team's .500. We can run the Region, and we can be a damn good football team every year.”

Valparaiso suffered four straight losing seasons from 2011 to 2015 but has established a standard of excellence in recent years. Although the Vikings will lose much of their strong offensive line, linebacking corps, defensive backfield and quarterback CJ Opperman, they bring back at least three likely FBS players in juniors Jones, defensive end Dylan Dingman and offensive tackle John Hofer.

Not to mention explosive tailback Tommy Burbee will be back. Valparaiso will remain in 5A next year, and coach Bill Marshall said he has an impressive freshman class coming in that will replenish the talent pool long-term.

This fall, however, Valparaiso had all the motivation in the world after falling just short of state in a home loss to Carmel, when many 2019 seniors played big roles. Now the returners will have extra responsibility.

After moving down from 6A, a deep 5A run is the new expectation. And after three straight Duneland Athletic Conference titles, Valparaiso will be favorites for a four-peat.

Sophomore Hayden Vinyard looks like a rising star in the backfield behind Burbee. Opperman narrowly beat out Colin Kwiatkowski for the starting quarterback spot in August, and Jones and Dingman have been the Region's most feared edge-rushing combination for two years now.

Plus the Vikings have a history of plugging Junior Varsity studs right into the starting lineup — Burbee ran for 1,763 yards and 23 touchdowns after barely playing any varsity snaps in 2018.

The cupboard isn't bare. And the Vikes have plenty of fiery, respected leaders in their locker room who now know what it takes to be a state championship team.

“It'll definitely be, if you're tired, last set of reps, last sprints, like, 'Hey, listen, we were seven points away from beating New Pal. Don't stop now. Keep grinding, keep fighting.' It's just a brotherhood. If we build a brotherhood next year like we did this year, we'll be just fine.”

Valpo ties score late in first half against New Palestine

New Palestine hadn’t played in many close games this year, but in the first half of the Class 5A state championship, Valparaiso held tough.

Regardless of the loss, Valparaiso coach Bill Marshall had nothing but praise for his players and what they did for the program.

The Vikings may have lost Friday's Class 5A title game 27-20 to New Palestine, but Marshall and the Class of 2019 led the program from turmoil to prominence.

Valparaiso's Hayden Vinyard, left, is stopped by New Palestine's Brody Luker on a gain Friday during the 5A state title game at Lucas Oil Stadium in Indianapolis.

Valparaiso's Tommy Burbee, center, pushes forward for a gain Friday during the 5A state title game at Lucas Oil Stadium in Indianapolis.