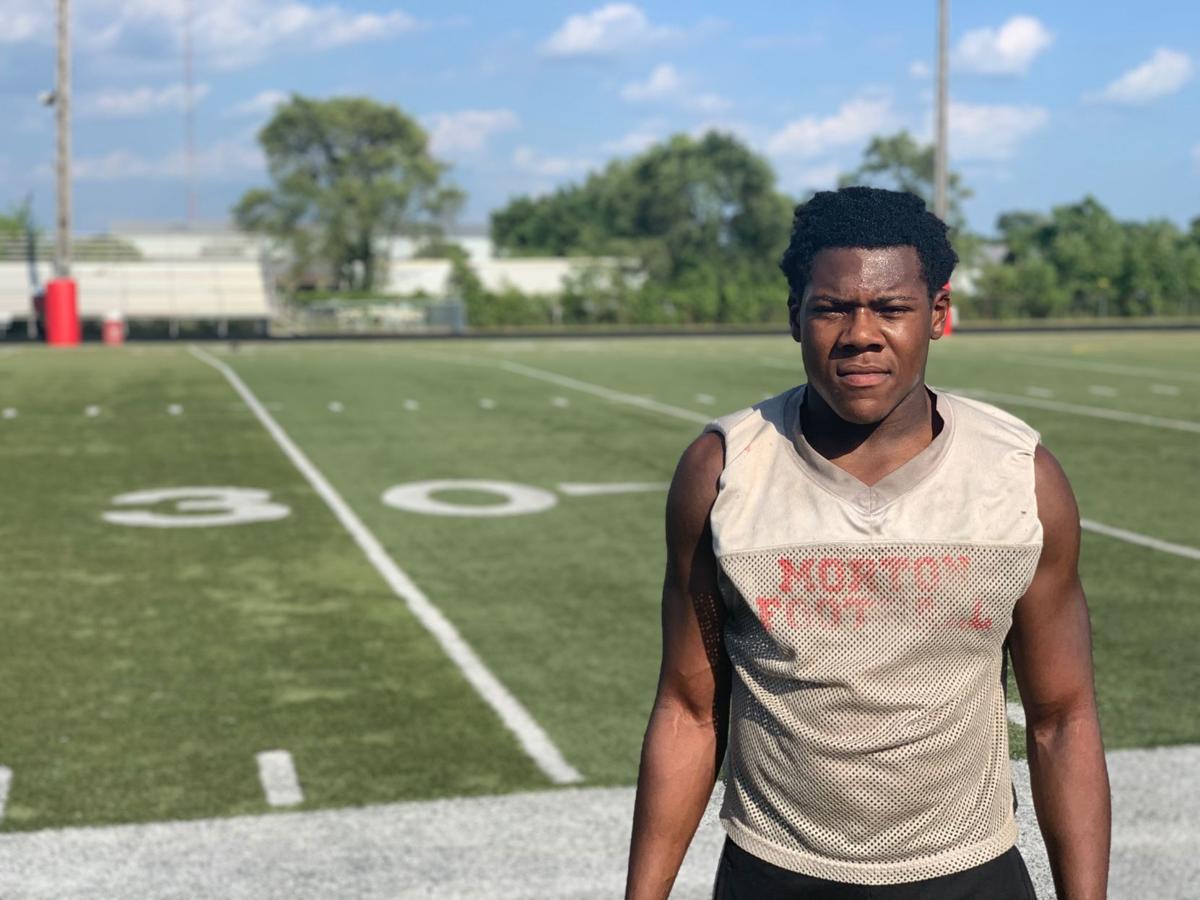 Jawan Coney recorded 60 tackles last year, and he expects to increase his production during his senior season. 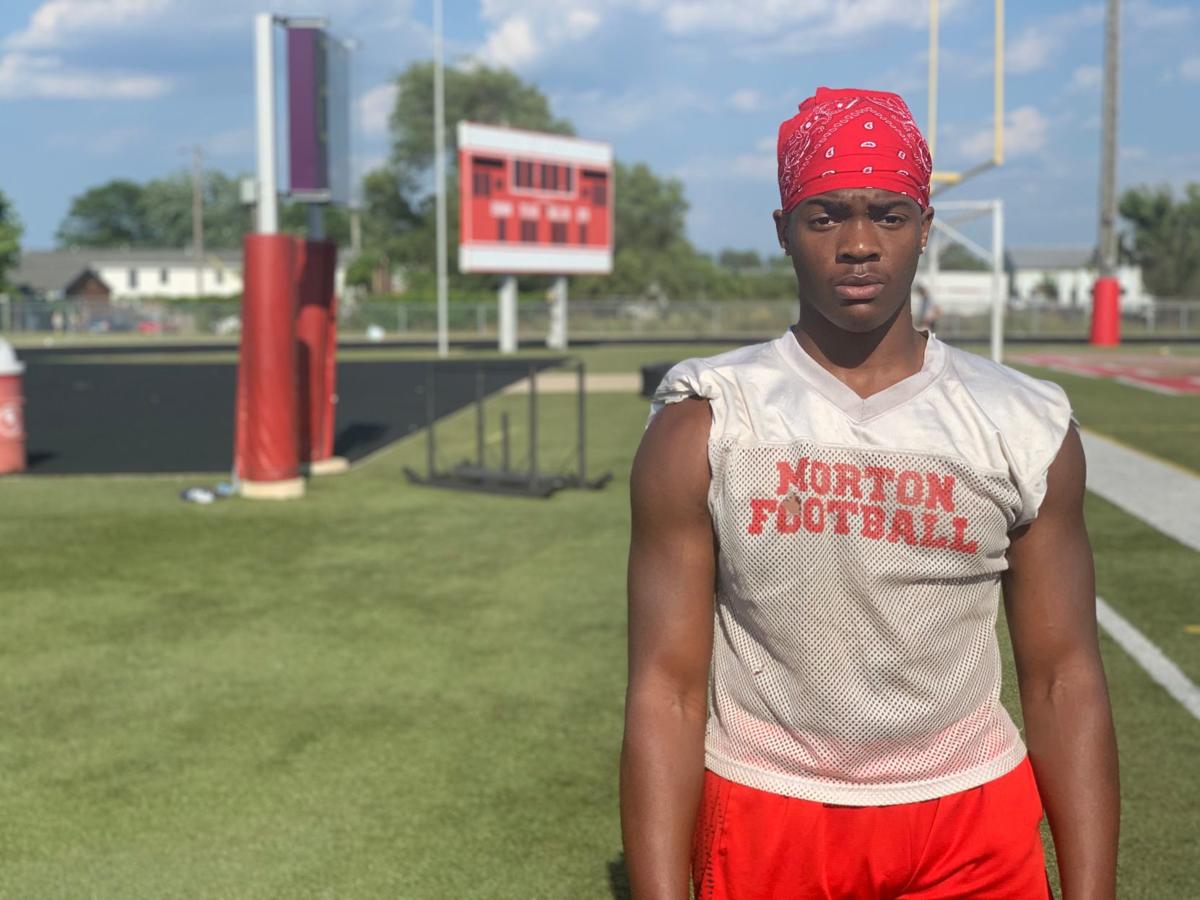 Dierre Kelly is projected to be one of the top defensive players in the Region during the 2019 season. The junior landed scholarship offers from Western Michigan, Toledo and Bowling Green State in June.

HAMMOND — The Morton football team hasn’t lost a Great Lakes Athletic Conference game in two years, and it shows no signs of slowing down entering the 2019 season.

Senior Credell Prather Jr. is arguably the top returning quarterback in the Region, scoring 29 touchdowns during his junior season, and will have one of the most explosive wide receivers in the area at his disposal. After a strong showing at several college camps this summer, junior JoJo Johnson has reeled in three Division I scholarship offers, and he wasn’t the only Governors player to raise his stock during the offseason.

Junior defensive end Dierre Kelly attended many of the same camps as Johnson, including stops at Purdue and Ball State, and is eager to prove that his Division I attention is no fluke. In June, Kelly landed offers from Western Michigan, Toledo and Bowling Green State.

“The recruiting process has been pretty cool. I was happy to get my first offer from Western Michigan. It was a pretty nice experience,” Kelly said. “I started playing football in eighth grade, and that’s when I realized what I could do. I just want to keep it rolling.”

As a sophomore, Kelly racked up 54 tackles and three sacks, and coach Sean Kinsey thinks he is still blossoming. The junior stands 6-foot-4, weighs 240 pounds and has a wingspan that stretches nearly 7 feet. With his natural gifts, Kinsey said Kelly’s next-level athleticism is obvious and that a breakout season is ahead of him if he continues to improve his fundamentals.

But even with all of the talent he possesses, Kelly understands he can’t carry Morton’s defense on his own, and he doesn’t want to. He has faith in all of his teammates, including senior linebacker Jawan Coney, who is the Governors’ top returning tackler. Unlike Kelly, Coney isn’t being highly recruited, but Kinsey believes his impact on the team and overall program is just as important.

“When we were first trying to get this thing rolling in the right direction, he was one of those kids that never missed a day,” said Kinsey, who is beginning his fourth year with the program. “We saw early on that he was a physical kid with a motor, so coming into this season we know he’s a leader.”

Coney recorded 60 tackles and seven sacks last year and will try to step up in the absence of Cassius Waite, who he called one of the best players he has ever played with. Waite was selected to The Times’ 2018 All-Area First Team Defense after a standout senior season as a linebacker and defensive back. He recorded a team-high 116 tackles and tied Coney for the team high in sacks.

During their time together, Coney said he tried to learn as much as he could from Waite and acknowledged that his former teammate could never truly be replaced. Instead, his main goal in his final prep season is to maximize his own potential and make things easier on his family by earning a college scholarship.

“I want to do a lot for my mom because my mom has done a lot for me,” Coney said. “I’ve been playing football since I was 10. My mom put me in football one year, and I just loved it ever since. I play for her, really.”

Morton only allowed 13.3 points per game last season, and Coney is confident his team will keep making it tough on their opponents. He added that he can't wait to wreak havoc alongside Kelly, especially because they're both inspired and motivated by their loved ones.

“My parents always tell me they want me to be better than them,” Kelly said. “So I feel like if I keep on going, and keep doing things my family never did, I can achieve the goals my parents want for me.”

Jawan Coney recorded 60 tackles last year, and he expects to increase his production during his senior season.

Dierre Kelly is projected to be one of the top defensive players in the Region during the 2019 season. The junior landed scholarship offers from Western Michigan, Toledo and Bowling Green State in June.