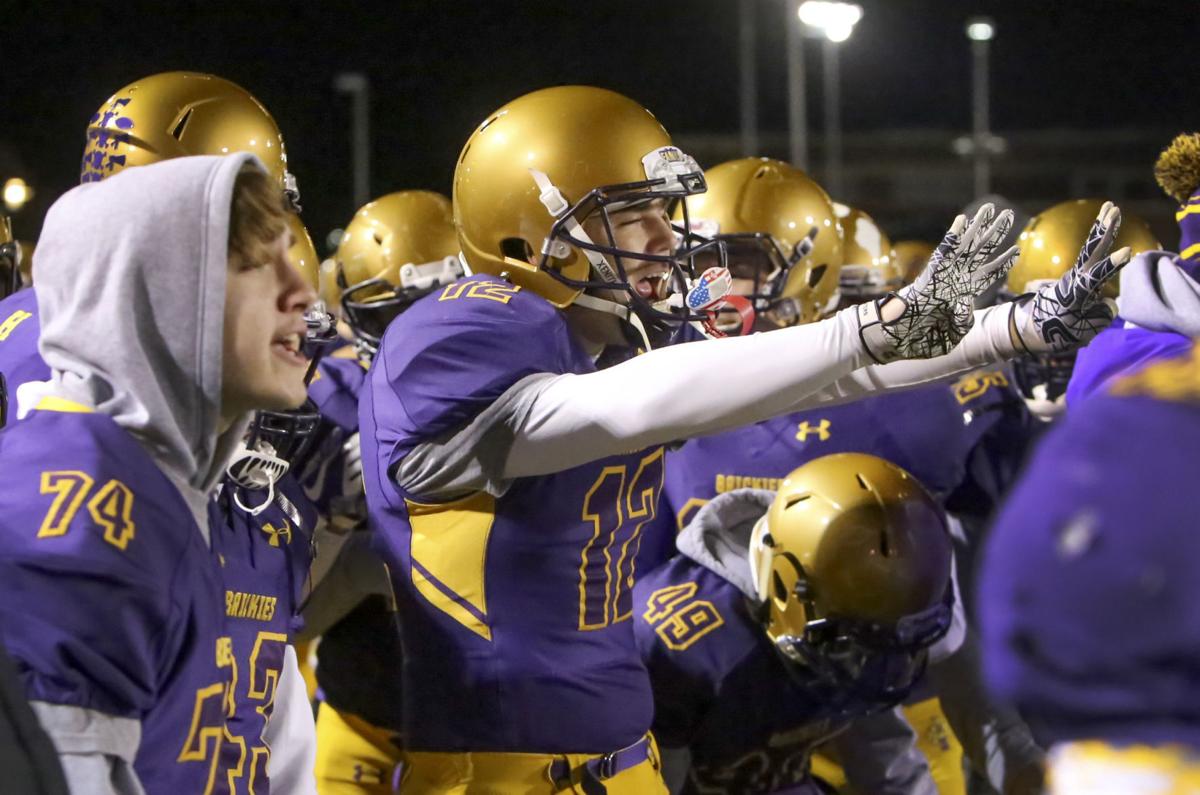 Hobart players celebrate against Lowell on Friday night at Hobart. 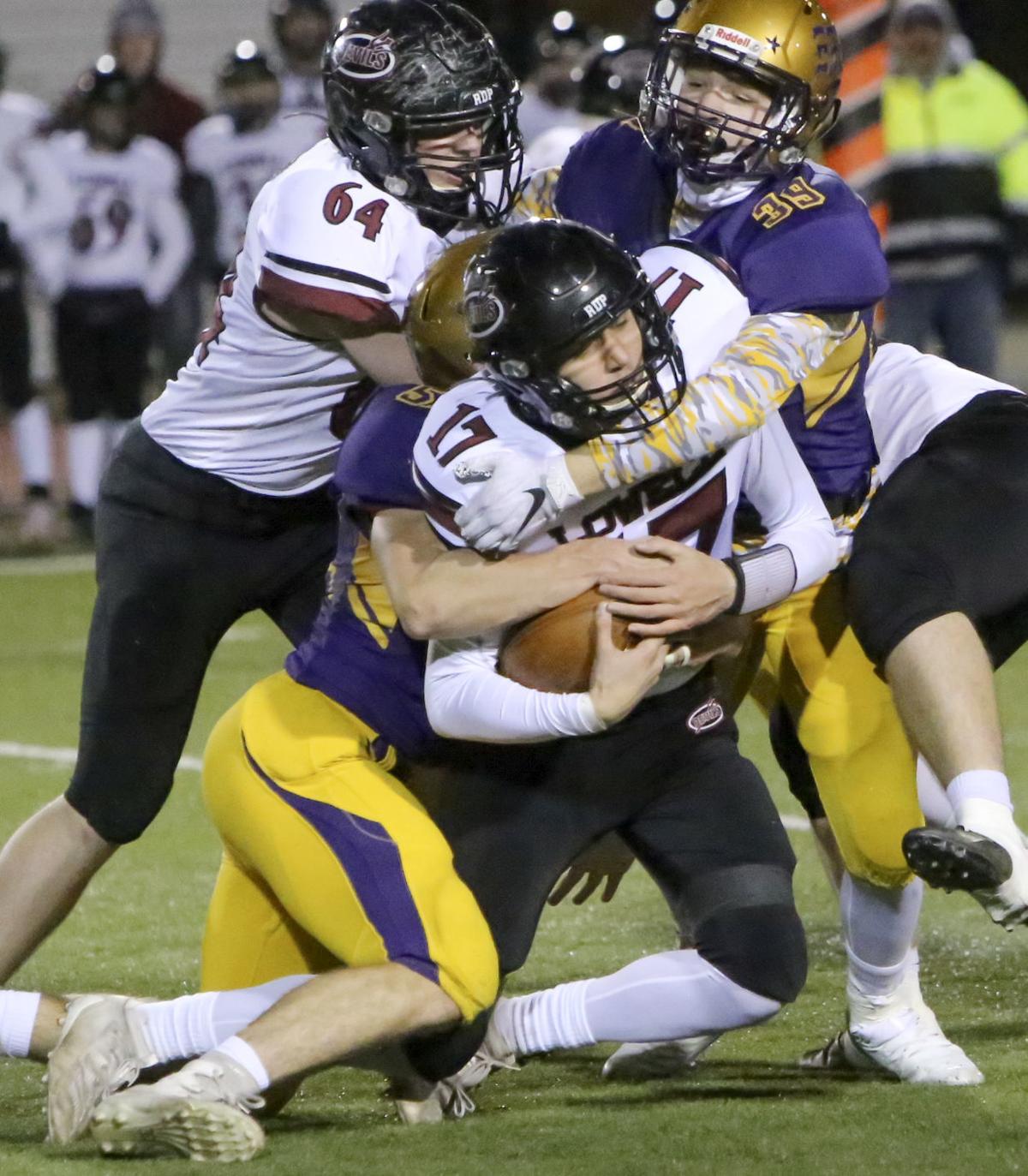 Lowell’s Cameron Stojancevich is wrapped up by Hobart’s Haidyn McLamb, left, and Mark Mummy in the first half Friday night at Hobart.

HOBART — Junior Bobby Babcock enjoys being a part of the Hobart defense.

“As an offense, you’ve got to choose the left side or the right side and either way, you’re going to run into somebody good,” junior linebacker Bobby Babcock said. “We all play as hard as we can and just do what we do. We don’t care who makes a play as long as somebody makes a play.”

Babcock and fellow juniors Tyler Turley and Cam Smith made a lot of plays in the Lowell backfield Friday night and the Brickies won the Class 4A sectional title with a 20-0 win.

The sectional trophy is the 21st in the Hobart program’s history, the first since 2016 and the second since the Brickies won eight consecutive between 1990 and 1997.

The Brickies (10-2) opened the season 0-2 but won their last 10. Since the beginning of October, Hobart’s posted four shutouts and allowed only seven points once.

“We knew it was going to take some time. We were patient. Our kids were patient,” Osika said. “This is the first time here in a long time where everybody has bought into what their role is. A special teams guy, a practice guy, everybody’s bought into what their role is and that’s what’s making this family atmosphere and that’s what’s led us on a 10-game win streak.”

The Brickies (10-2) will play New Prairie in the regional next week. The Cougars beat Plymouth 35-27.

“That (defensive) group has been playing solid all year,” Osika said. “They’re expectation is to win and they believe that they’re going to win. The work that they put in is showing.”

The teams traded punts until the mid second quarter when Brickies running back DJ Lipke broke a tackle in the backfield and then ran 43 yards to the Lowell 1-yard line.

It took four plays, but Lipke got into the end zone to open the scoring. After the Hobart defense forced another Red Devils punt, Riley Johnston connected with Matthew Benton for a 38-yard touchdown pass.

Matt Hylek’s kick missed but the Brickies led 13-0 at halftime.

Lipke scored again in the third quarter. He finished with 126 yards. Tyler Schultz had 94.

“We worked so hard over the summer for this season. It just feels amazing to have that work pay off,” Babcock said. “I love this for our team and, most importantly, for the city.”

Hobart players celebrate against Lowell on Friday night at Hobart.

Lowell’s Cameron Stojancevich is wrapped up by Hobart’s Haidyn McLamb, left, and Mark Mummy in the first half Friday night at Hobart.