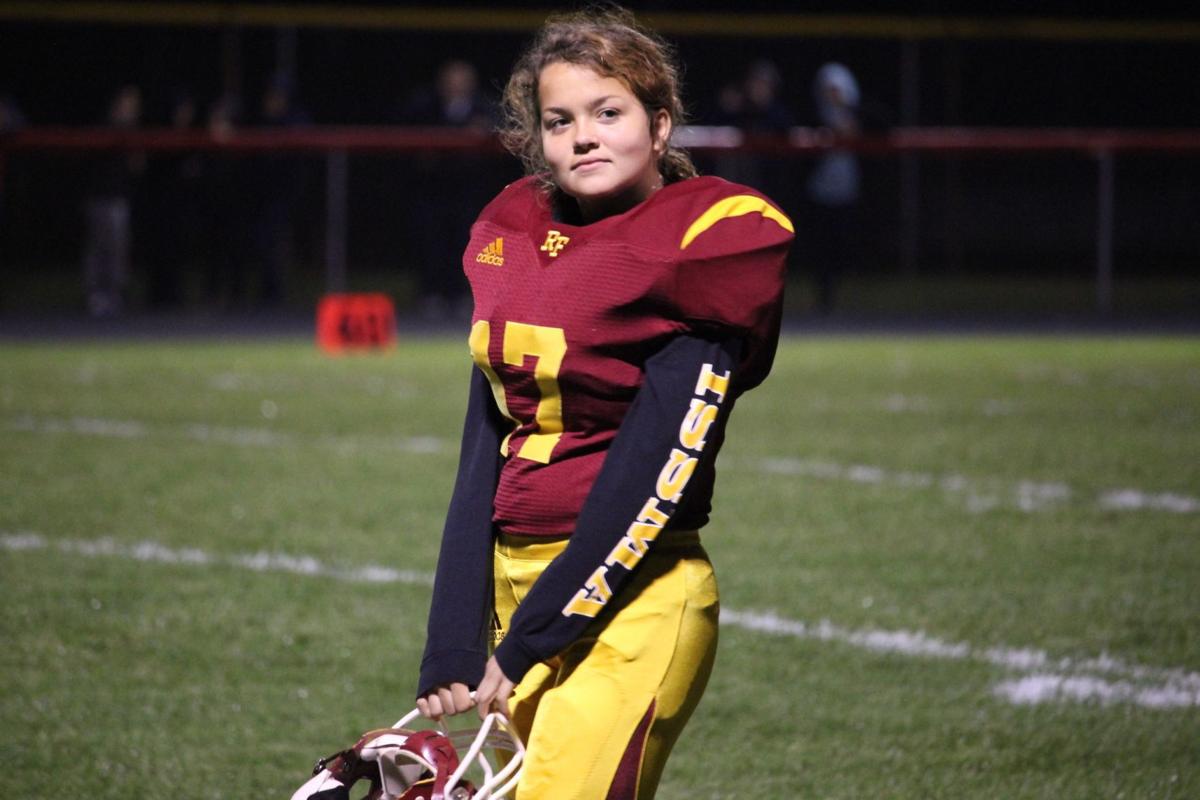 Megan Bucko is a kicker on the River Forest football team and a member of the school's concert, jazz and marching bands. 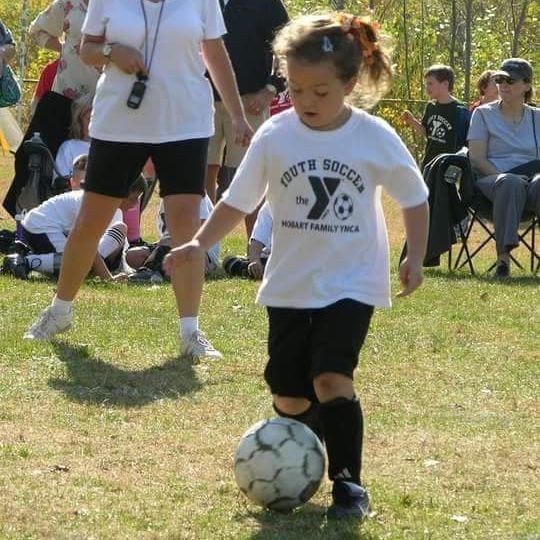 Megan Bucko began playing soccer when she was 4 years old at her local YMCA.

Megan Bucko describes herself as an introvert, but with her busy schedule it is hard to tell. Bucko, 14, is a kicker on the River Forest football team, a captain of the school's girls soccer team, a forward and midfielder for the Eclipse Select Soccer Club, and a member of all three school bands — concert, jazz and marching.

Does she sleep? Probably not, but I did speak to Bucko to get an inside scoop on how the freshman became so involved and what keeps her going.

Q: How did you get involved with football? I never even played football, so obviously you’re tougher than me.

A: "I was a manager at first for the team and one of the assistant coaches for football asked my soccer coach if any girls on the team had a really good, accurate kick. And my coach suggested me, and I was already a manager, so he told me to bring my cleats tomorrow and we were gonna kick some field goals. And I said, ‘OK.’ So I basically brought my cleats the next day and he taught me how to kick and where to hit the ball. And it all just kind of went forward from there.”

Bucko said she nailed her first field goal on a 20-yard attempt in River Forest’s 47-20 victory over Lake Station on Sept. 28.

Q: What did you enjoy the most about being team captain of the girls soccer team, especially considering it was River Forest's very first season?

A: “I think my most memorable moments are just everyone cheering me on. Whether it’s saying, ‘Hi,’ to me in school and saying that I’m doing great or just other teachers encouraging me.”

Bucko said she never intended to be the captain, but was voted into the position by teammates at the beginning of the season. She also said her coach complimented her work ethic and leadership qualities.

River Forest competed at the JV level in the program's inaugural season.

Q: You’ve played with the Ellipse Select Soccer Club for four years now. What is your favorite memory from competing with that squad?

A: “Winning the Hawks Cup tournament two years in a row. It was just the greatest feeling that we came out first. We all came there together, we all left together.”

Bucko said that the journey to joining Eclipse started when she was 4 years old. One of her friends had joined the YMCA soccer team and Bucko begged her mom to let her play too. A decade later — and she’s still playing.

Bucko recently played for the Eclipse NWI U14 Midwest Regional League team and she has tryouts for the U15 team Monday.

Q: You’re heavily involved with your school bands, and it seems like you really enjoy music. What instruments do you play and how did you get started?

A: “I play percussion, clarinet, piano and the barry (saxophone). My grandma and grandpa had a piano at the house, and when I was little I would always go and try to play things on the piano, you know? Like my own little tunes. And I knew from then that I want to do something with music."

Bucko said music is her top passion and helps keep her going. On Friday nights — even though she’s suited up for the football game — she still participates with the band at halftime and recently made it into the all-district honors band.

Q: You participate in so many things and receive a lot of love from your family. But who would you say is your No. 1 fan?

A: “That’s a tough one, but probably my grandpa. My grandpa he just always is there. He always wants to be a part. He always checks up on me. He tells me how good I’m doing. He always just wants to communicate with me and ask me how everything went. And he says he wishes he could be there, but unfortunately he lives quite a ways away."

Mike Bucko, Megan’s grandfather, lives in Evansville — which is several hours away from his granddaughter in Hobart — but that doesn’t stop him from supporting her from a distance. In fact, he was the one who reacted out to The Times sports department and put Megan Bucko on our radar.

“Megan is a shining star looking for a place in the sky,” Mike said in an email to The Times.

As someone who receives a tremendous amount of love from my grandma, I think we all can agree that uplifting grandparents are some of the best gifts life has to offer.

National Girls and Women in Sports Day was recognized on Feb. 6. The Times' sports writers share some of their favorite pieces from the school…

Megan Bucko is a kicker on the River Forest football team and a member of the school's concert, jazz and marching bands.

Megan Bucko began playing soccer when she was 4 years old at her local YMCA.