Bill Marshall and Valparaiso football were having a season to remember when they ran into Merrillville on Oct. 1.

The Vikings, who average 40.25 points per game, were stopped in their tracks and defeated at home, 45-7.

But Valparaiso bounced back in a massive way on Friday, blanking Portage 38-0, to advance to 7-1 on the year and erase any doubts about the direction the team is headed in.

The Vikings backfield combined for five scores and 356 yards on the night, as quarterback Logan Lockhart added two scores on 10 carries for 66 yards.

Marshall wasn’t surprised his guys stepped up in a big way.

“I said learn from it,” Marshall said. “Reflect on (Merrillville), bottle up that emotion what you’re feeling right now after a loss and kind of uncork it or uncap on every team that we play from here on out. That’s exactly what they did.”

Senior Mason McMullen blocked a punt and made eight tackles.

“Mason has been a three-year starter for us, so for him to go ahead and have a great senior year like he is right now has been great,” Marshall said. “He’s not the vocal captain, but he’s always on point, he’s focused and his execution is absolutely great throughout practice and the games.”

Next up for the Vikings is the regular-season finale against Lake Central (3-5), which has lost five in a row, and then a playoff date against Morton on Oct. 29.

“(We) got back to that work ethic and that mentality at practice,” Marshall said, “and it definitely paid off.”

“He has done a lot,” Dinkins said. “He has not let me down. He fights until the end, which is one of our team sayings, he fights through every ball game he’s been in. ...

“I’m just glad he’s able to get that freshman exposure out the way. Because a couple of years from now, especially senior year, he’s going to be a freak athlete at the quarterback position.”

“Just kind of rounded the guys together, told them to keep their composure and that we were prepared to overcome these types of situations,” Dinkins said.

The win ended a four-game losing skid for EC Central.

West Side rallies for comeback win

After going down 18-0 to Hammond Central, Eric Schreiber Jr. admits he saw some signs of previous West Side teams that have struggled.

But this edition of the Cougars (5-2) is different, and had the tools to turn the game around.

“You kind of saw them fold a little bit and give up in some ways and start blaming each other,” Schreiber said. “It took a couple of things to go our way, we stopped them I believe two or three drives in a row, which helped us build our confidence.”

Standout running back Camajay Griffin-Terrell got off to a slow start, but eventually went for 125 yards and a touchdown on 23 carries.

“That’s actually a pretty good game for just any kid," Schreiber said. "But for him, the numbers he’s put up ... it can be disheartening,” Schreiber said.

“It really did show a lot of growth for him ... to be able to push through, stick with it and trust that something would pop open at some point,” he added.

“That was something that was good to see for him to get in the backfield as much as he did," Schreiber said of Elmore. "He probably should’ve had three or four more, but he’s young and it was good for him to get that confidence boost at his position.”

Here's a look back at what transpired on the gridiron around the Region Friday.

“I think we’re building something. We’re so young. We’re so inexperienced. We’ve got very little of our offense in. We’re just building."

“We've been playing since like third grade together, and we're getting to know each other good and starting to get our timing down real nice."

Plenty to celebrate for TF South in Battle of Burnham win

"The personal accolades are good, I'm not going to lie. It's a good feeling to put up 1,000 and contribute."

The Times' highlights column takes fans around the Region.

The Bulldogs take on the Trojans Friday night.

TF South looks to guarantee its playoff spot with a rivalry win.

The Panthers host the Oilers in GSSC play.

Here's how Times sportswriters Mike Clark, Aaron Ferguson, David P. Funk  and Paul Oren ranked teams ahead of Week 9. Ten points were given for a first-place vote descending to one point for a 10th-place vote.

Notre Dame recruit Drayk Bowen named Indiana's Gatorade Player of the Year for play on the field, academics and character. The junior led Andrean to the Class 2A state championship.

A decade in the making, Hanover Central’s return to football reaching historic levels

Last Friday’s 26-14 win over Knox was the first sectional championship in football history for the Wildcats, who until 2014 had not had a varsity football season since 1971. 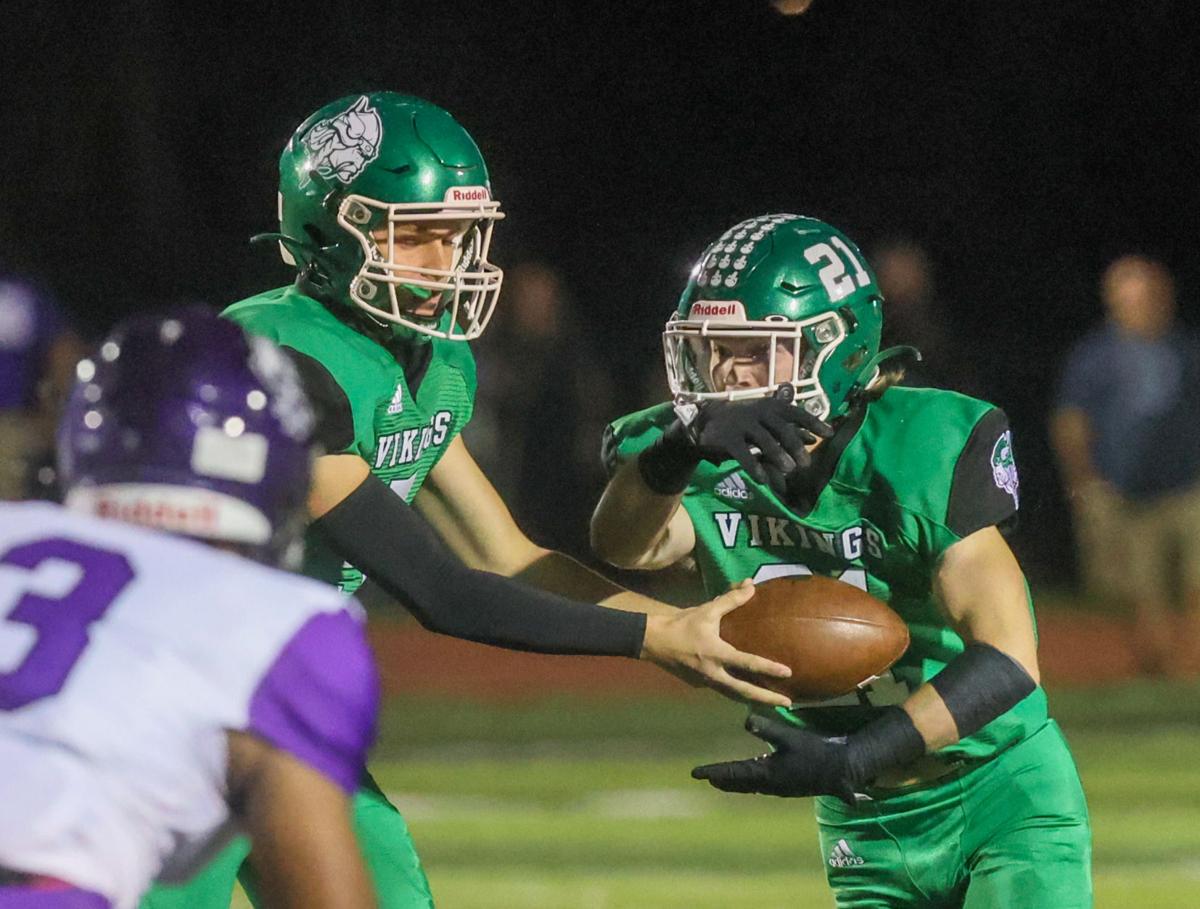 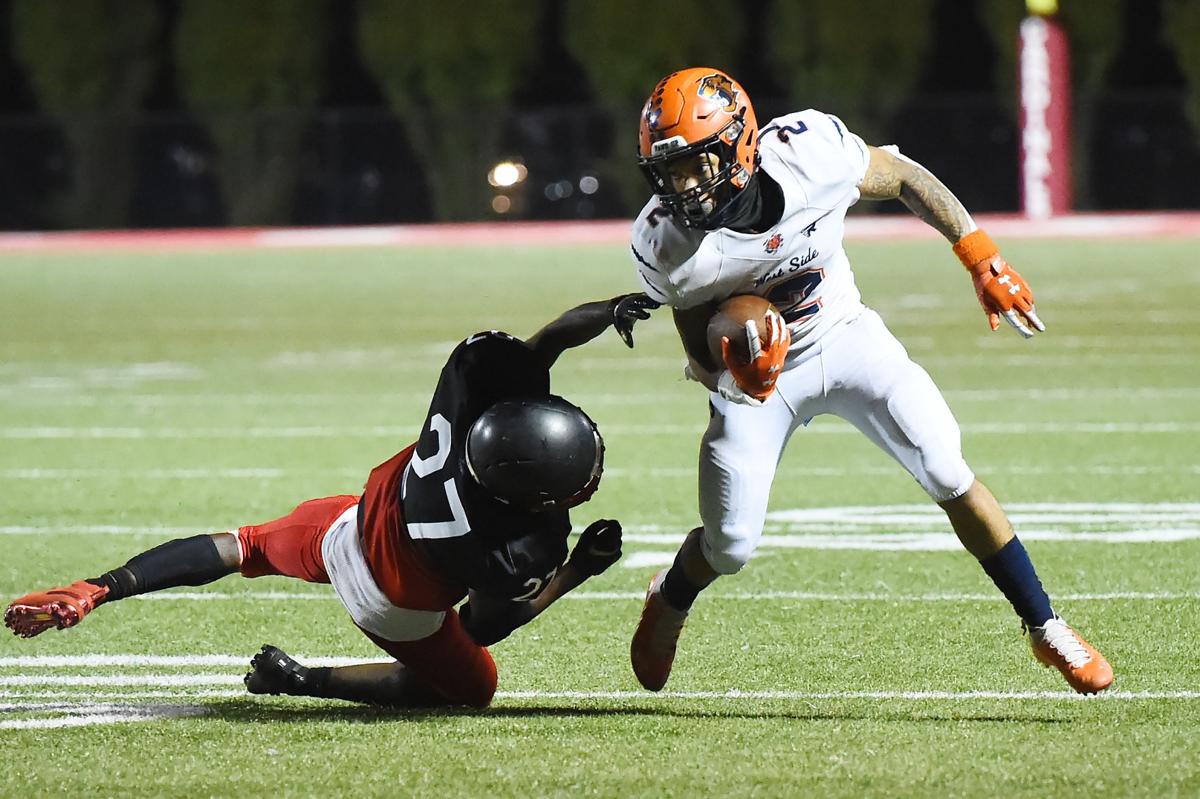