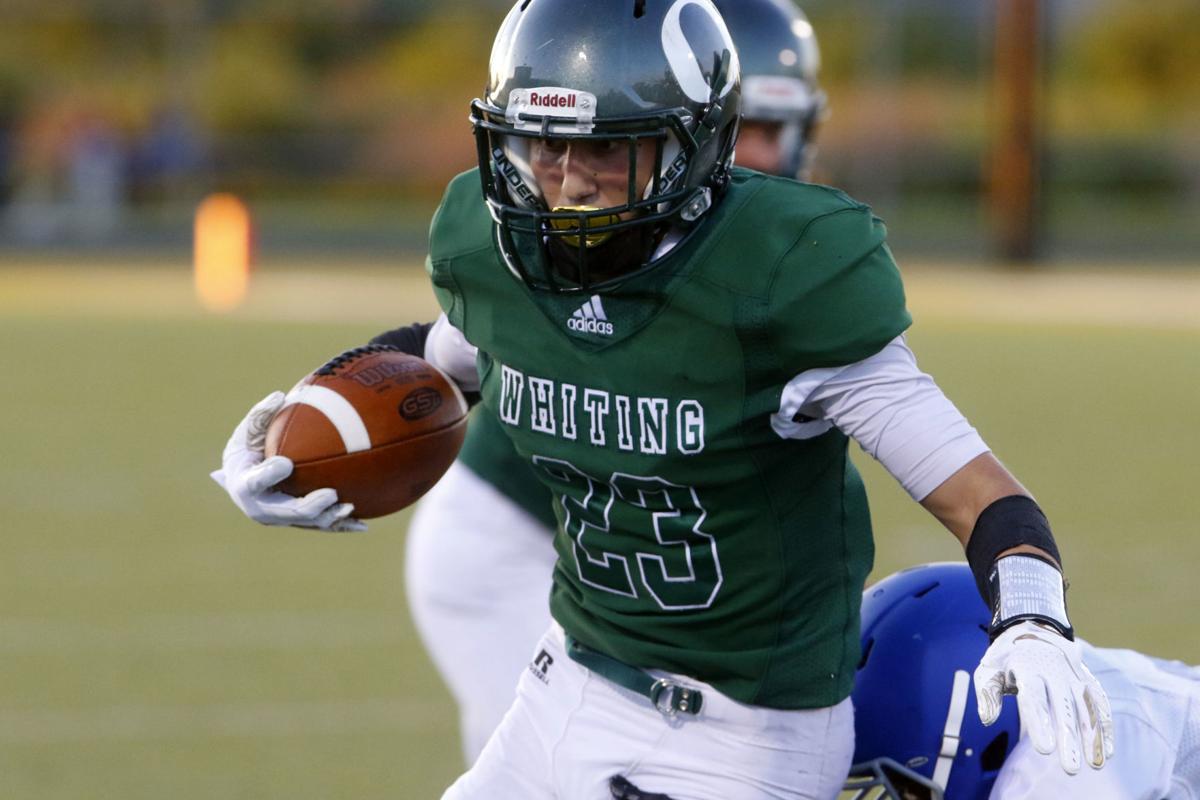 Whiting's Zach Williamson surges ahead on a gain Saturday against Clark in Whiting. 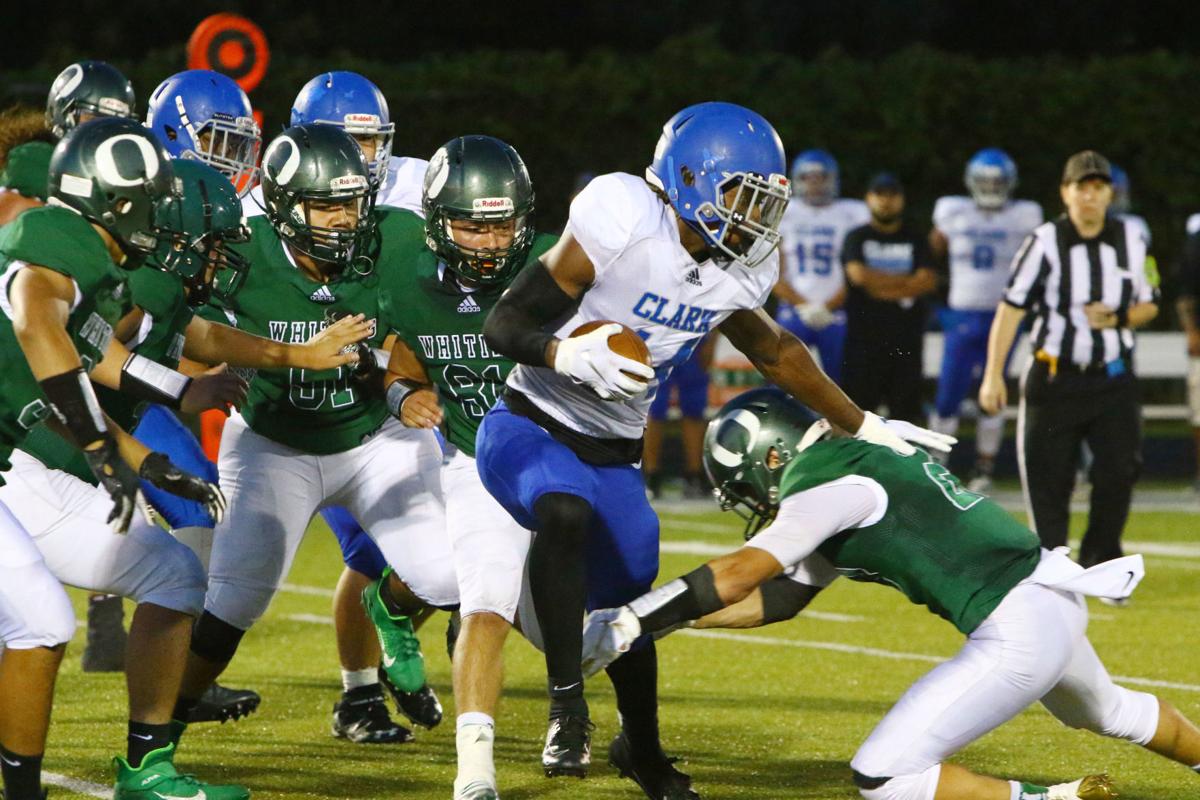 Clark's Fortune Woods, center, is brought down by Whiting's defense on a gain Saturday in Whiting. 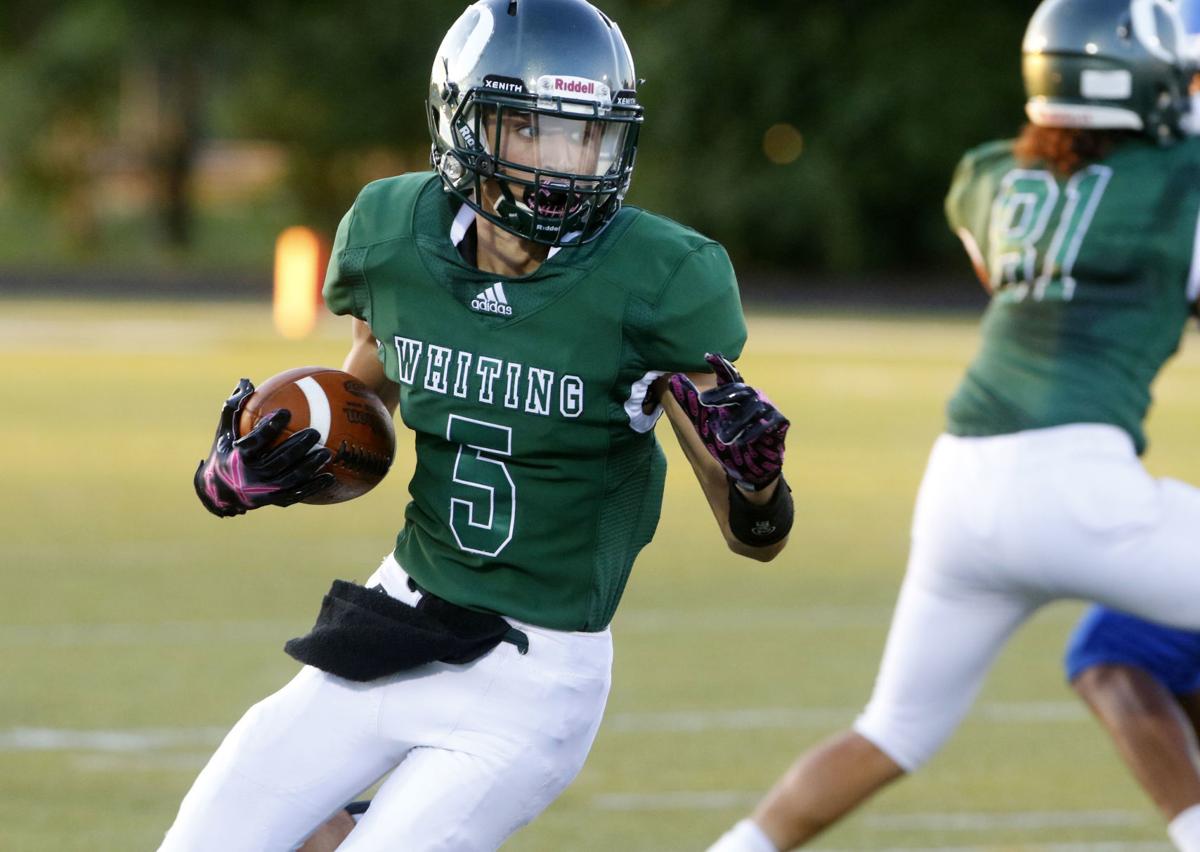 Whiting's Christian Quiroz looks for room to run against Clark Saturday in Whiting.

Whiting's Zach Williamson surges ahead on a gain Saturday against Clark in Whiting.

Clark's Fortune Woods, center, is brought down by Whiting's defense on a gain Saturday in Whiting.

Whiting's Christian Quiroz looks for room to run against Clark Saturday in Whiting.

WHITING — It was a little closer than the rivalry has been recently.

An admitted lack of execution on Whiting’s part was partially responsible, but so was the athleticism and general improvement of Clark. A game that’s been a laugher for almost a decade was close in the final minutes Saturday.

“This is Week 1. Week 10 is when we need to play our best ball. We’re not doing that now and that’s okay,” Whiting coach Brett Jennings said. “Coach (Nick) Testa is obviously doing a great job. His entire coaching staff is. Those kids played hard and they played until the very end.”

The victory is Jennings’s first as a head coach.

“We got beat on a couple deep passes, a couple just big plays. Against an athletic team like Clark, with a lot of weapons over there, we can’t let big plays happen,” Jennings said. “We have to make them grind it out and we didn’t do that.”

The Pioneers also stopped the Whiting offense near the goal line twice in the second half. Tony Madrueno finally punched it in from five yards with 7:53 left in the fourth quarter.

The junior was in at quarterback for the injured Steven Connelly, who played sporadically after being tackled awkwardly in the third quarter. Several players on both sides left the field in the second half with minor leg issues.

“With all these crampings, I’m really proud of the young guys,” Williamson said. “They came in and did exactly what they were told.”

Tommy Eggers spelled Williamson on Whiting’s final scoring drive. He had runs of 21 and 16 yards, capping the possession with an 11-yard score.

Huber threw a 1-yard scoring pass to Kenshan Watkins with 1:20 left in the game. Bowling Green commit Fortune Woods, who made several big plays on the night, caught a conversion pass to cut the lead to seven points. It got no closer.

Williamson finished with 138 rushing yards and two touchdowns. He also intercepted a key pass in the fourth.

“When it mattered, we got turnovers and we had some big stops," Jennings said. "That’s what you have to have."

Former Chicago Bears safety Doug Plank was the keynote speaker at the ninth annual "Battle of 119th Street" barbecue, which is sponsored by the Whiting Lions Club.