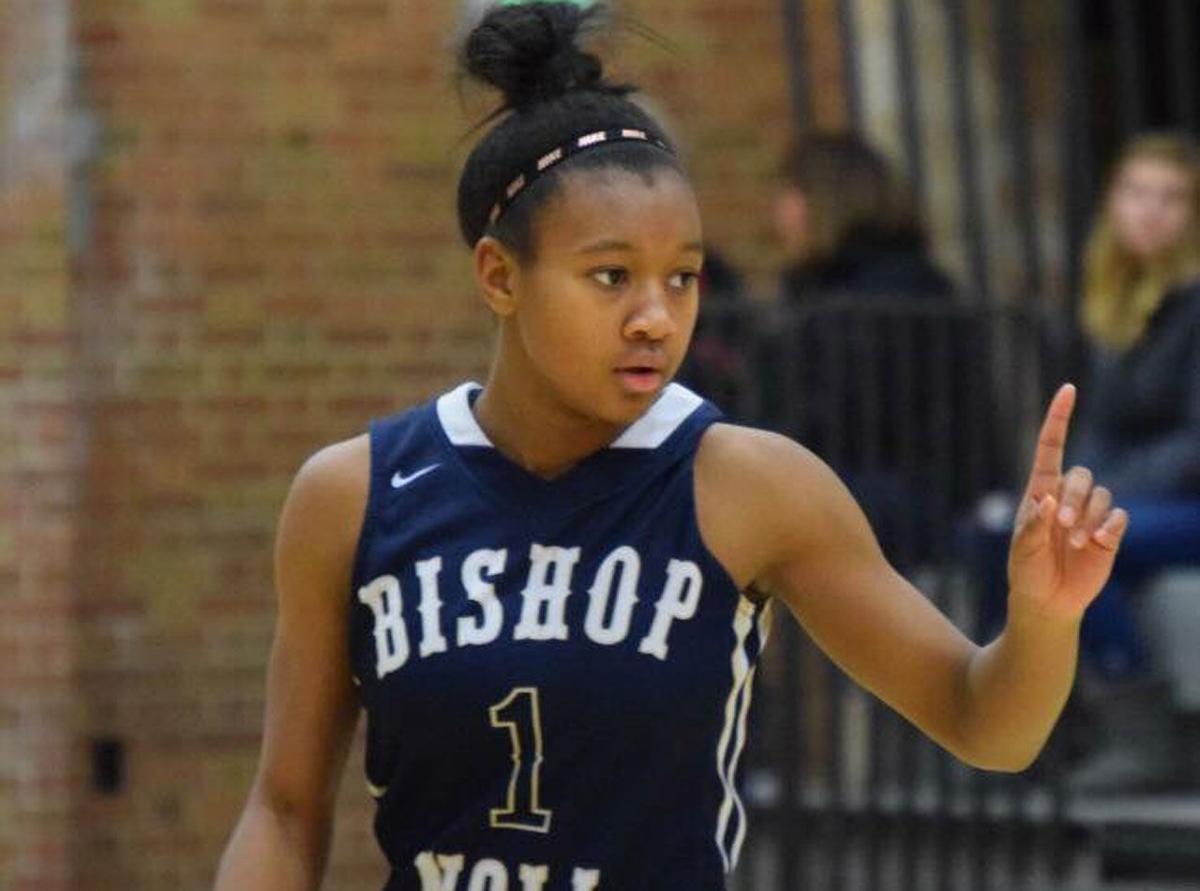 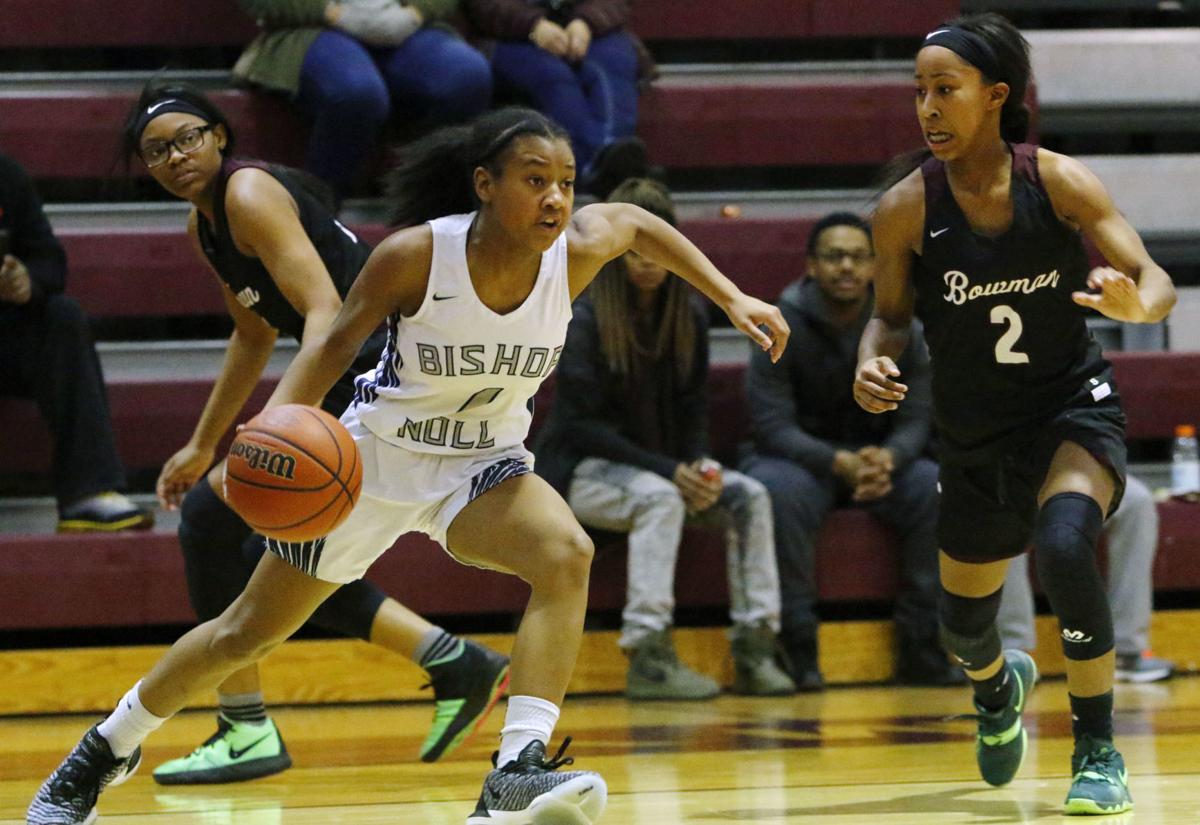 Basketball has been a staple of Courtney Blakely’s life for as long as she can remember.

Bishop Noll’s standout junior guard started the sport when she was 2, and that shouldn’t come as a surprise considering who inspired her to play. Blakely is the oldest daughter of 1994 Lew Wallace graduate Angela Hamblin-Blakely, who was a star for the Hornets and now coaches women’s basketball at Calumet College of St. Joseph.

“My mom, she’s really given me a lot of advice about not giving up and believing in myself,” Blakely said. “Even if I’m feeling down about basketball, she’ll pick me right back up and say, ‘Don’t give up. It’s not the end.’ I’ve learned a lot about how to keep going from her.”

Blakely added that she listens to her mother first out of love and respect, but also because everything she hopes to accomplish on the court, her mother has probably already done.

During her prep career, Hamblin-Blakely was not only one of the best players in the Region but the entire country. As a four-year starter at Lew Wallace, she totaled 2,053 points — which is the sixth most career points in IHSAA girls basketball history. She capped off her stellar high school career by averaging a staggering 26.2 points per game, 18 rebounds, 5.3 steals and two blocks as a senior.

In 1994, Hamblin-Blakely finished third in Indiana Miss Basketball voting and was named an All-American by USA Today before moving on to play collegiately at Iowa. With the Hawkeyes, she was a three-year starter and two-time All-Big Ten Conference honoree and was recognized as the 1997 Big Ten Tournament's Most Outstanding Player.

The Gary native was eventually selected with the 23rd pick in the third round of the 1998 WNBA Draft by the Washington Mystics. After being waived, she went on to play her only WNBA season with the Detroit Shock later that year and appeared in six games.

“Basketball has been my thing since I was like 7,” Hamblin-Blakely said. “I’ve loved it, and I was always drawn to basketball. I believe it is one of my gifts. It’s a gift that God gave me and a part of who we are as a family.”

Despite all of her achievements, someone would have had to see it firsthand or surf the internet to understand the totality of Hamblin-Blakley’s remarkable career. She isn’t interested in reliving the glory days and refuses to add any pressure to Courtney or her youngest daughter, Kennedy, and their budding careers.

More than anything, she just wants them to enjoy the game and be themselves.

“I try to make sure they understand that there is no comparison and that they’re their own person,” Hamblin-Blakely said. “They obviously have a gift in basketball, and my husband and I try to cultivate it in a way that’s unique to them. They don’t have to be like 'Mommy'. So no, there is never any discussion about who I used to be. I don’t even talk about it.”

With the freedom to approach the game however she chooses, Blakely has emerged as a solid player in her own right. Last season, as a sophomore for the Warriors, she averaged a team-high 20.4 points per game, 4.0 rebounds, a team-high 4.5 assists and a team-high 3.0 steals.

Bishop Noll won its sixth consecutive sectional title but was knocked out in the Class 2A Winamac Community Regional semifinals by Central Noble and hasn't claimed a regional championship since 1990.

Following a strong summer with her AAU team, the Midwest Elite, in the Nike Girls Elite Youth Basketball League, Blakely’s stock continues to rise. She has landed Division I scholarship offers from Cincinnati, Indiana State and Texas Tech, and Warriors coach Vanita Golston is confident that Blakely’s individual success will only add to the team’s overall goal of bringing home a regional crown.

“Courtney stays true to herself,” Golston said. “She’s got a genuine love for the game, and I think that helps to balance out a lot of these things. When you have a joy and passion for what you’re doing, outside expectations or pressures, they don’t necessarily land the same.”

The Warriors open their season at home Nov. 12 against Highland, and Blakely is eager to get back out on the hardwood. She won’t need any external inspiration — whether it’s following in her mother’s footsteps or garnering the attention of more college programs — to give it her all.

She believes her best basketball is played when those factors are the last things on her mind.

“I always think about where it all started. I was no one when it all started, so why change when people are looking at me?” said Blakely, who has already scored 1,020 points in her prep career. “I always want to stay the same. I never want to change or be looked at in that image of, ‘Oh, now she’s acting different.’ I never want anybody to be able to say that about me.”