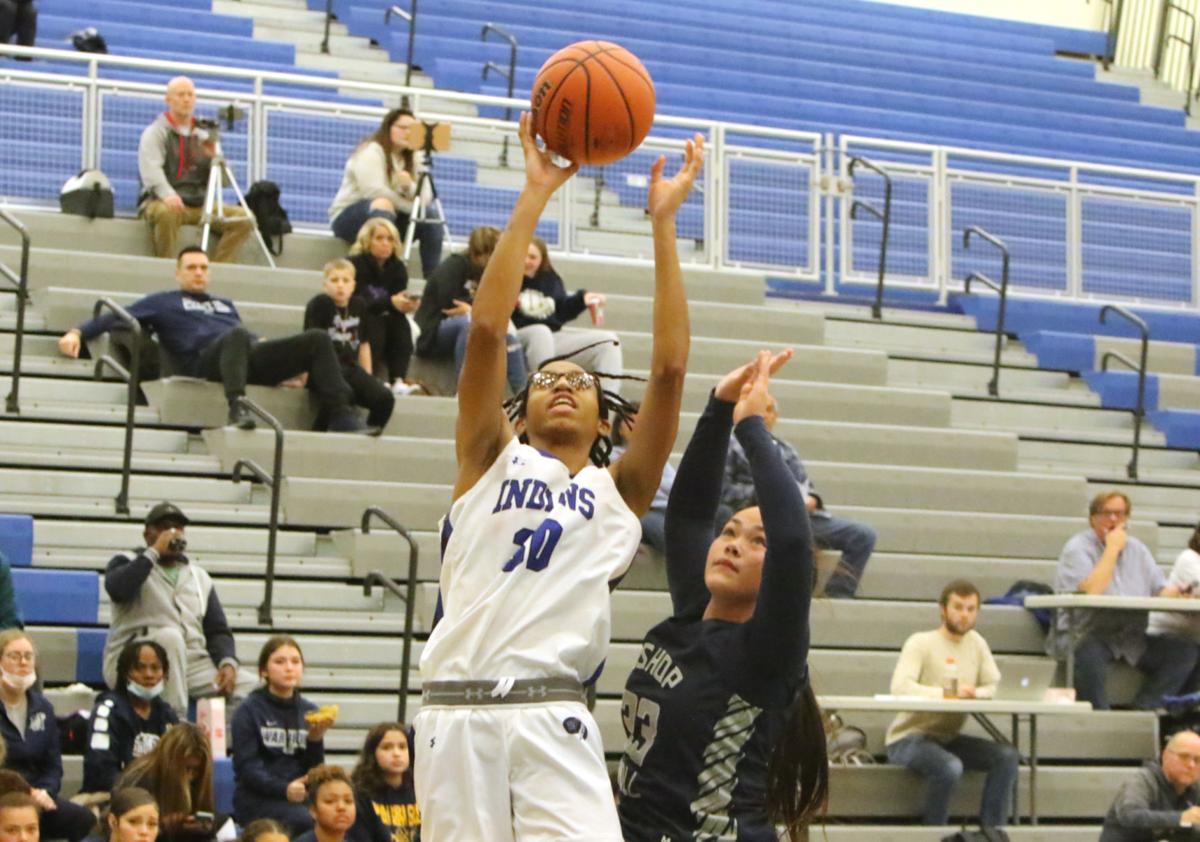 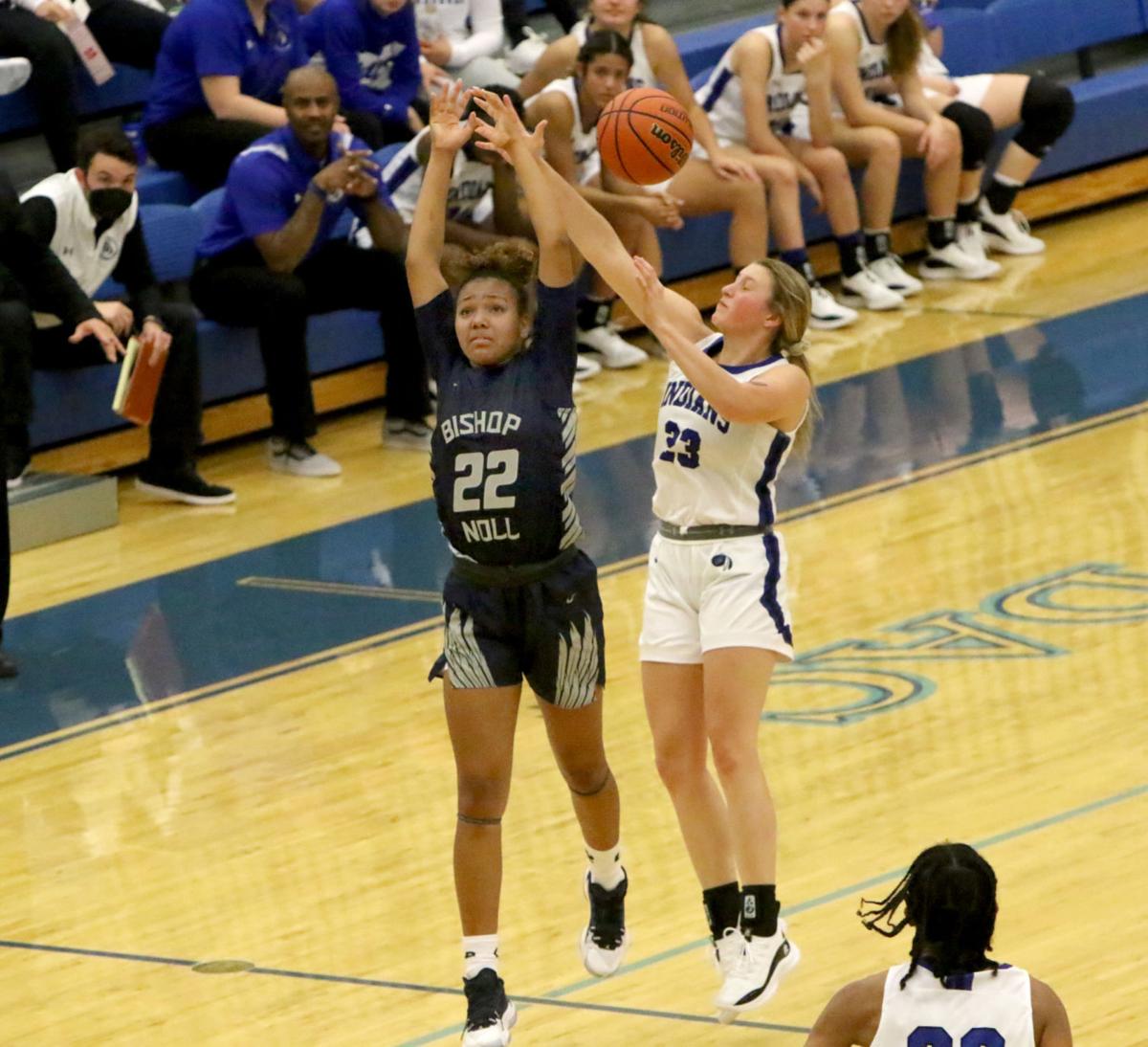 Surrounded mostly by underclassmen, the senior duo isn’t worried about inexperience. Instead, the focus is on creating and then maintaining the team culture they’ve always wanted to see in the program.

Through five games, the approach is paying major dividends. Lake Central (4-1) knocked off powerhouse Penn on Nov. 13 and has cruised by Hammond Central, Bishop Noll and Hanover Central so far

“We’ve just got a lot of people who know their role,” Johnson said. “I’ve been stressing about knowing your role, so if you’re coming off the bench when you get in, know who you have, what position to run in, all that. Everyone pretty much knows their role well, so that’s why everyone gets a chance to score when they come in.”

Zajeski, a 5-foot-9 forward, credits her teammates— including point guard Vanessa Wimberly and leading scorer Aniyah Bishop — for understanding the capabilities of others on the team.

Nobody is trying to do too much.

“We all just share and try to look for the best things for the team,” Zajeski said. “All give enough effort, not selfish.”

Johnson and Zajeski don’t spend much time wondering about whose name will pop out on the stat sheet. They know their roles, too, and are focused on owning them.

“I’ve been telling both of them how proud I am of them,” sixth-year coach Joe Huppenthal said. “It’s like their senior year, the light bulb has finally come on as to what we expect of them. It’s not that it wasn’t that way before, they are just totally engaged right now.”

“They’ve just been phenomenal, and that’s why we are what we are,” he added. “Without these two, the young kids, they just don’t know.”

The name of the game for Johnson, a 5-foot-11 forward, is in disrupting opposing players.

Whether it’s altering or blocking shots, as she did repeatedly in a 75-32 win over Bishop Noll on Friday, or crashing the boards and generating second-chance opportunities, Johnson knows her strengths and maximizes them.

Huppenthal said this group’s athleticism allows them to bring pressure further up the court on defense.

“We’ve got some athletes, and you’ve got to utilize it,” Huppenthal said. “This is the most athletic team I’ve had since I’ve been here. We’re going to make some mistakes, but our athleticism could cover some of that stuff.”

Both Johnson and Zajeski are comfortable in the setup, and are vocal in communicating where everyone needs to be on the floor.

“If someone goes to trap, we’ve got to make sure we’ve got their help, talking on everything and pushing the floor and getting our steals,” Johnson said. “When we have steals, converting off steals to run the score up.”

Zajeski said that having more time to work with her teammates before the season was a major difference-maker, especially after COVID-19 kept the team from gathering during traditional summer ball ahead of the 2020-21 season.

Although Zajeski isn’t always logging starter minutes, she has become a reliable cog in Huppenthal’s rotation.

“Katelyn, she’s our post player,” Johnson said. “Gets our boards, goes back up with them good and solid.”

“She’s funny, she’s a leader,” Johnson said. “I realize sometimes I get a little hotheaded, and she calms me down. She’s my go-to.”

Both players showed their leadership abilities on Friday night when Wimberly, who was on fire from the field, picked up a technical foul while frustrated after an intense scrum for a rebound. Wimberly, who scored 16 points, went swiftly to the bench.

“When V got the tech, it was basically like, ‘All right, you got the tech, we’re just gonna step up,’” Johnson said. “‘All of us will step up while you’re out, then you come back in and we’ll keep going.’”

That’s exactly the sort of moment that excites Huppenthal. He knows his team is loaded with potential and talent, but still has a ton of growing to do in the coming months.

“Essence and Katelyn have just done an unbelievable, and I mean an unbelievable job of leading,” Hupppenthal said. “It’s just made a world of difference. You get these young kids in and the culture’s changed. Practices are intense, and everything’s changed. I just can’t be happier with this group. We’ve not even tapped our full potential yet.”

Notable: Through five games, Lake Central has outscored its opponents 311-145.