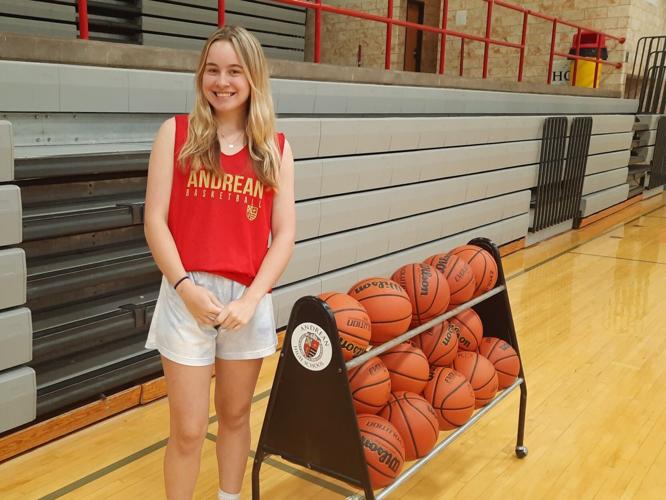 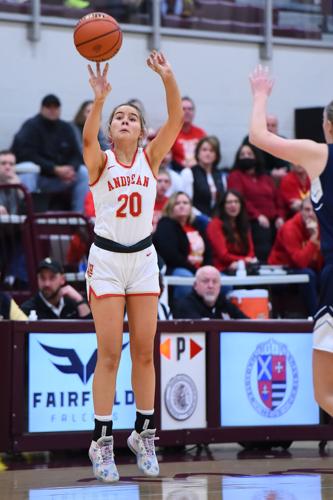 Andrean’s Tori Allen takes a shot against Fairfield during the Class 2A regional championship at Winamac last season.

MERRILLVILLE — Tori Allen and her Andrean senior teammates have three sectional trophies. That’s a lot of hardware for any class, but it’s not enough for the 59ers. The regional trophy has eluded them.

They’re ready to remedy that this season.

Fairfield ended Andrean’s season in the Winamac Regional final last winter. The 59ers beat South Central, which was ranked No. 1 in Class 2A, in the semifinal but the sting of that Fairfield game remains. Allen isn't ready to let go of that pain so she rewatches that tape from time to time.

Things feel good at practice so far this year, Allen said. The experienced 59ers know the drills — literally and figuratively — and were able to hit the ground running.

Allen is the team’s leader. She was named Honorable Mention All-State by the Indiana Basketball Coaches Association after averaging 15.9 points and 3.7 assists as a junior. She scored 20 or more points in eight different games, including 32 in a 66-53 sectional championship win over Bishop Noll. She made five 3-pointers and shot 13 of 13 from the free-throw line in that one.

Scheub said his lead guard has a lot of freedom, even calling many of the plays.

Individually, Allen played with a new AAU team over the summer and was put in a some slightly different roles. She thinks it helped develop her game.

“I worked on pulling up and different moves to get to the basket so I can be a more versatile player,” she said. “That was my focus, to become more of a threat driving and a 3-point shooter.”

Allen will play some slightly different positions at Andrean this year, too. Nothing drastic. She won’t be seen on the block with her back to the basket or anything. But she will be more than just a point guard and she likes that.

It’s part of why she’s committed to DePauw. Tigers coaches recruited her to play both guard spots while some others didn’t.

Before she heads to Greencastle, though, Allen and her Andrean teammates have a couple trophies to win.

“I’m going into every game knowing that’s my last time playing Crown Point or whoever it is. It’s my last time, so go all out every second,” Allen said.

The only potential matchup in Class 2A Sectional 33 between teams with winning records didn’t disappoint.

Whether or not momentum exists in sports is debatable. If it does, Andrean girls basketball is in fine shape.

The Brickies won their first sectional game since 2015.

Clair Klinger tends to get in extra shots with her dad the night before big games.

Ashlynn Shade makes everything on a basketball court look easy

Andrean’s Tori Allen takes a shot against Fairfield during the Class 2A regional championship at Winamac last season.