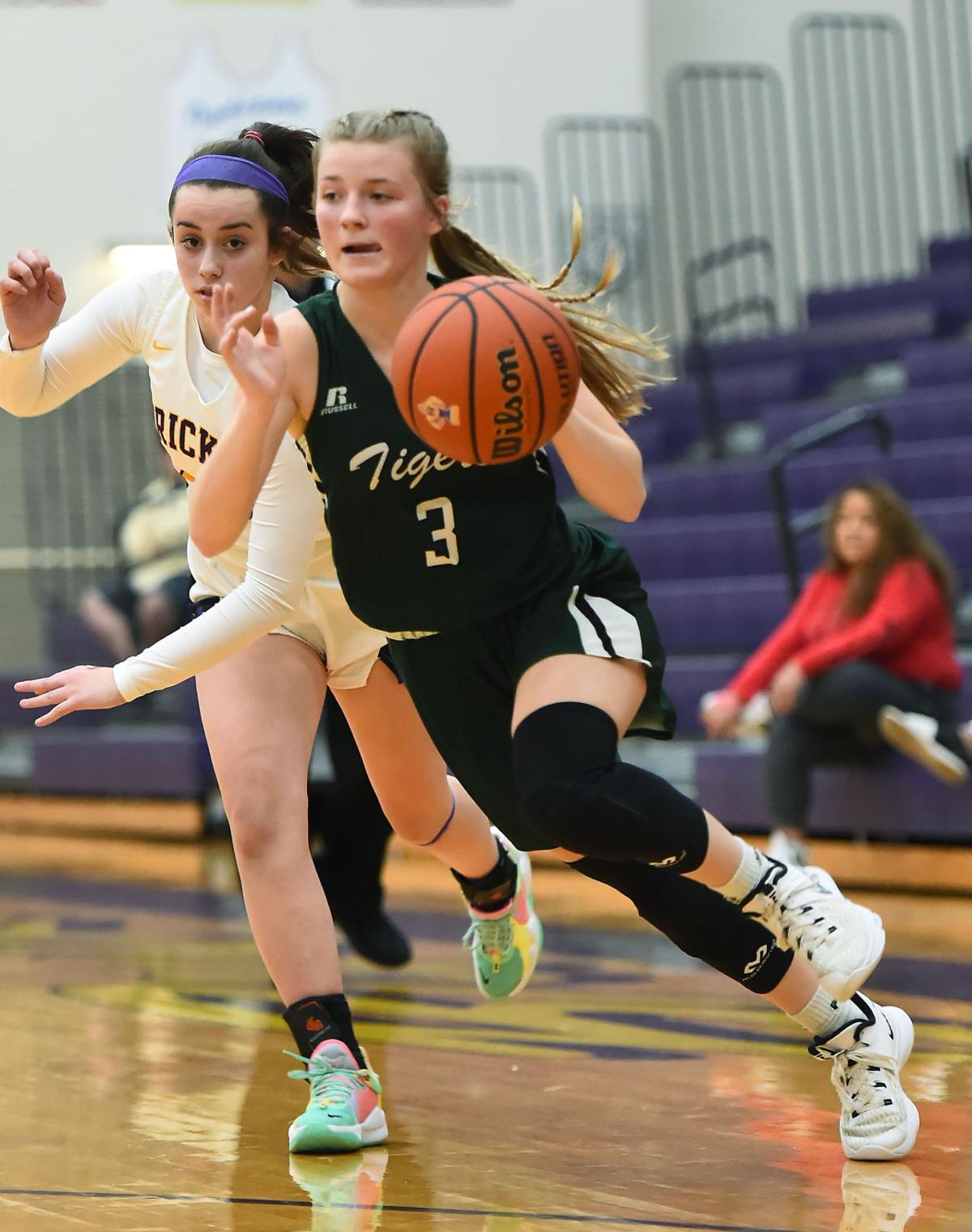 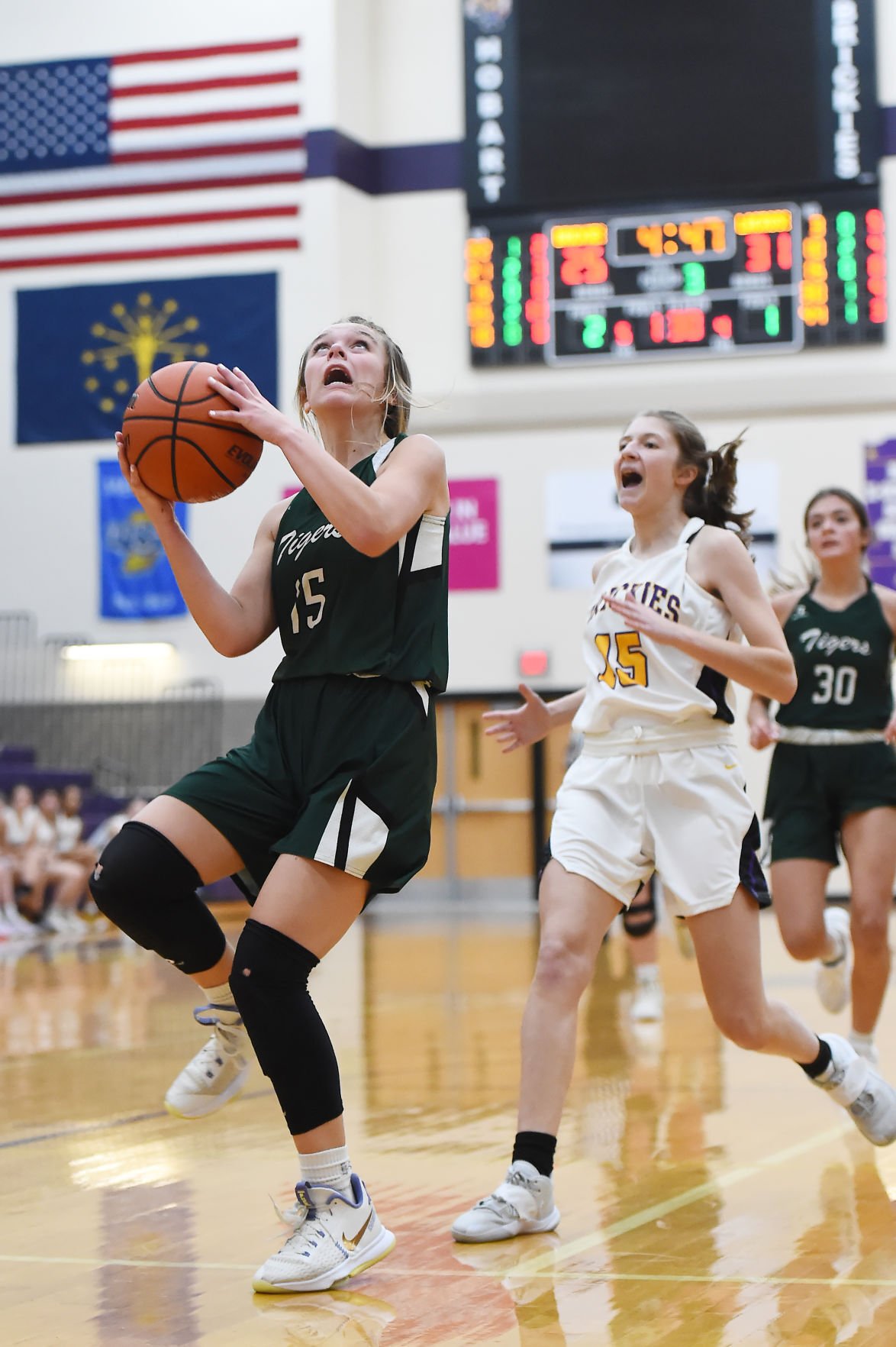 LaCrosse’s Avery Hendrixson goes past Hobart’s Cailey Weber to the basket in the third quarter Tuesday at Hobart. 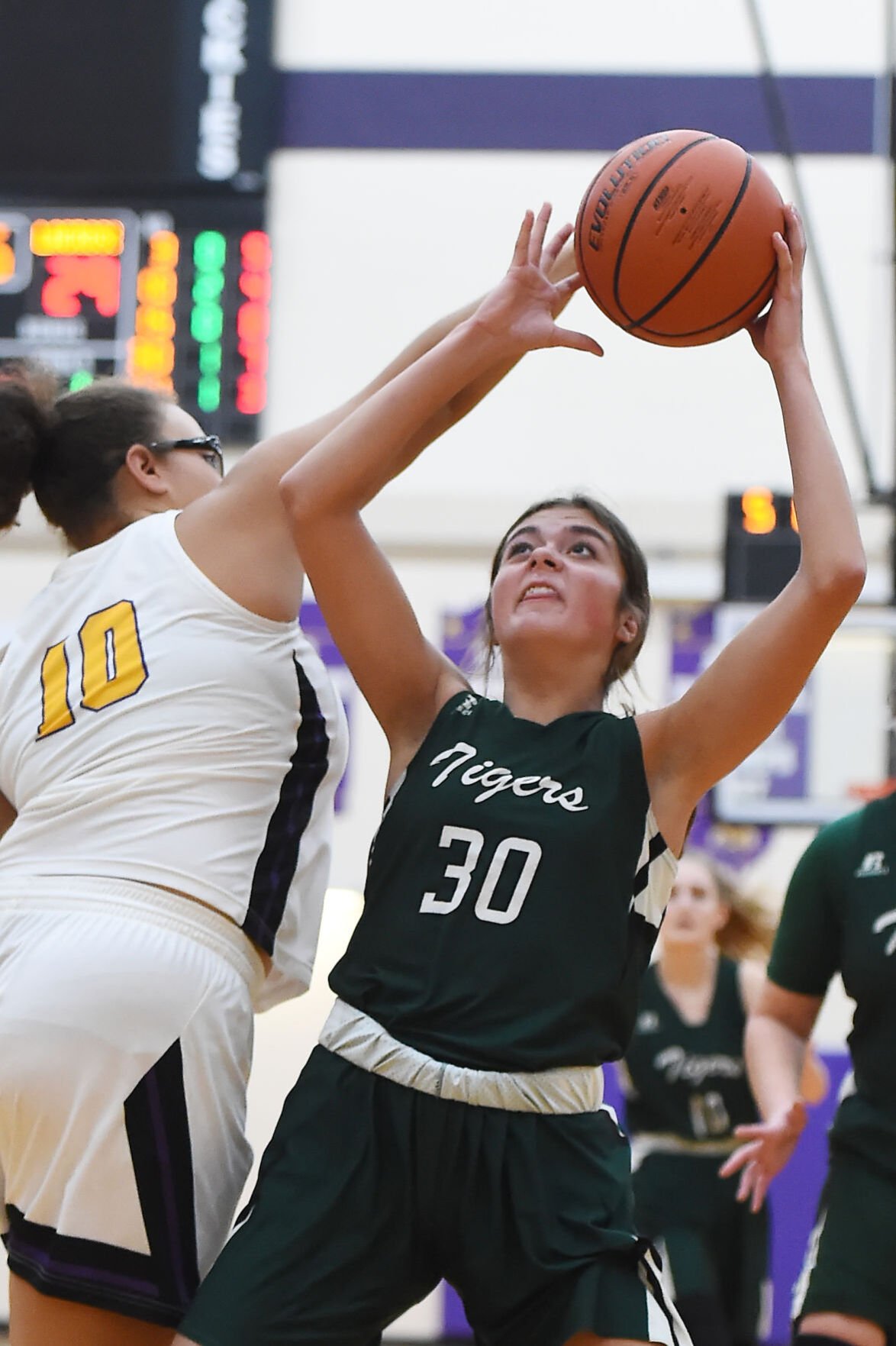 LaCrosse’s Jayde Pryor goes to the basket against Hobart’s Shanena Knight in the third quarter on Tuesday at Hobart. 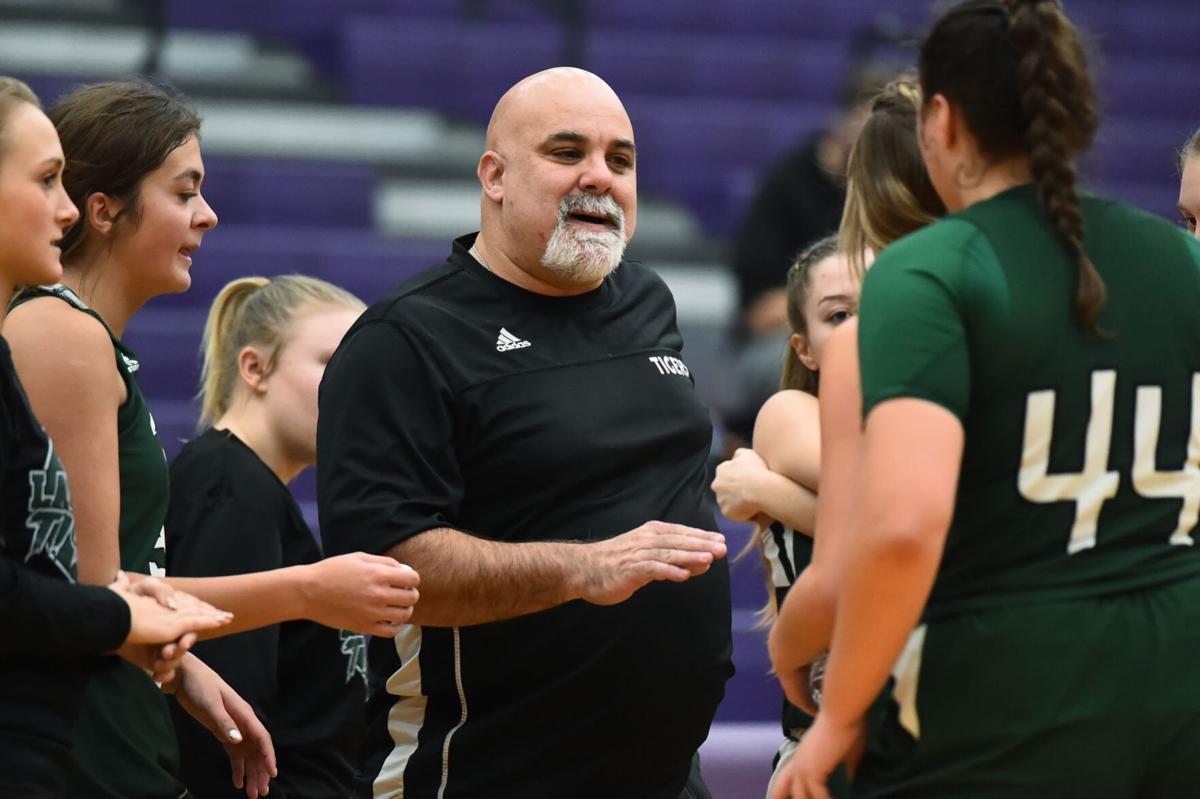 LaCrosse head coach Chris McGowen talks to the team during a timeout as the Tigers extend their lead over Hobart in the fourth quarter Tuesday at Hobart.

HOBART — Addie Gorski was born in 2005, a year that carries infamous significance for the LaCrosse girls basketball program.

Even though Gorski was barely alive, let alone a basketball player, during that time, the LaCrosse sophomore guard has certainly heard plenty of stories about her program from detractors around the Region.

The Tigers are off to their best start in school history with six straight wins to start the year, the longest winning streak LaCrosse has seen since the 1991-92 season. The Class A program has won games against fellow small schools such as Culver, Tri-County and West Central, but the wins that have people turning their heads are victories over Class 4A programs Michigan City (62-36) and Tuesday night’s win over Hobart (58-37).

“We came out thinking Hobart was equal to Michigan City and we just brought the same mentality that we had in that game,” LaCrosse junior guard Avery Hendrixson said. “We know we’re definitely being looked down on, but we’ve proving everybody wrong.”

This season’s success is a product of some baptism by fire that LaCrosse went through last year. In the third season under coach Chris McGowen, the Tigers slipped to just four wins after a run of five straight winning seasons, but they did it with a starting lineup that often featured four freshmen. Hendrixson and Jersie Bartels provided some upperclassmen guidance, but even their varsity experience was limited.

“(Our success) is a credit to all the girls,” McGowen said. “They took everything that was thrown at them last season. We’re still young. Hats off to the girls. We play hard and we do things the right way. When that happens, when you take care of the little things, big things start to happen.”

Gorski was dominant with 17 points against the Brickies while Hendrixson added 16 points. Freshman Jayde Pryor chipped in with 11 points while sophomore Miranda Wozniak was a force defensively to go with her six points.

“Last year was a learning year and it was us getting used to varsity,” Gorski said. “You go in scared every game because you don’t know what to expect. After that, you finally learn from it and you’re more confident. I’m definitely more prepared going into the second year.”

While the 4A schools are off the schedule for the rest of the year, there is another looming threat for the Tigers. LaCrosse will begin Porter County Conference play on Dec. 3 at Westville. The Tigers haven’t won a PCC round robin title since 1991-92 and haven’t won a conference tournament since 1986-87.

“Going from junior high to varsity is a big step and learning how to win is a process,” McGowen said. “I’ve got a lot of gym rats. These are girls that have been around the game and nothing is too big for them at this moment. Luck is where hard work meets preparation and things are starting to pay off for us now.”

Times No. 2 Lake Central and No. 4 Valparaiso dueled for second place in the Duneland Athletic Conference, and the Indians' young core proved tough once again.

The IHSAA released the sectional draw Sunday via livestream.

Another year, another conference title for Andrean girls

Here are the Region's girls basketball statistical leaders through Jan. 17, 2022

South Central's Abigail Tomblin, center, is averaging 16.7 points per game through 19 games this season, the fifth-best mark in the country.

Jessica Carrothers had a Ms. Basketball moment scoring a game-high 36 points. “This was as tournament an environment as you can get and I think it will definitely benefit us long-term.”

LaCrosse’s Avery Hendrixson goes past Hobart’s Cailey Weber to the basket in the third quarter Tuesday at Hobart.

LaCrosse’s Jayde Pryor goes to the basket against Hobart’s Shanena Knight in the third quarter on Tuesday at Hobart.

LaCrosse head coach Chris McGowen talks to the team during a timeout as the Tigers extend their lead over Hobart in the fourth quarter Tuesday at Hobart.