WEST CHICAGO | The turning point, Illiana Christian’s Tony Wondaal was saying, came on the backstretch of the circuit at Reed-Keppler Park with about a half-mile to go in Saturday’s Class 2A Wheaton Academy Sectional.

He knew there was no way John Wold, Glenbard South’s human rocket, was going to be caught. And getting to Joe Singleton, Wold’s teammate, was also iffy.

But the twins from Yorkville, sophomores Luke and Jake Hoffert, were right there, seconds in front of him.

Wondaal set forth going up the hill. Within seconds, he was past one and then the other. But could he hold them off? The answer was yes.

Wondaal, a junior, took third in 15:10.4 for the three-mile distance, beating Luke Hoffert to the line by about six seconds, and Jake to the line by 10 seconds.

The total of 52 points brought Illiana third place and a berth in next week’s state championship in Peoria.

The Vikings’ boys team will have company, as the girls squad also qualified, building on what they considered a surprise appearance at Detweiller Park last year.

“We weren’t supposed to make it to state last year and we did,” said Alexa Beezhold, who finished fifth Saturday in 18:12.7.

“Others thought that, and it’s what we thought. During the summer, we trained a lot to get the miles in.”

“Most of our varsity ran 300 miles or more,” Top said. “It was just that desire, getting a taste of it last year and wanting it.”

That, and going against Yorkville and Glenbard South, helped lift almost every Viking to a career-best time.

Illiana’s boys’ team total of 52 points was only 16 behind winner Yorkville and nine behind runner-up Glenbard South, in what’s considered to be the most testing of the five sectionals leading to next week’s state championship.

And as much as qualifying for the final weekend is an Illiana tradition, that tradition could soon be enhanced. The only senior on the squad, Jordan Dekker, was their slowest man on Saturday, finishing 29th in 16:24.

Kevin Vroegh is, like Wondall, a junior, Fiene and Tommy McGuire are sophomores, and DeYoung and Nick Wondall are freshmen.

“Some guys didn’t have their best day, but it was a great team effort, and I’m real excited,” Tony Wondaal said.

“We ran the best we could today,” coach Jim Piaskowy said. “Yorkville is ranked third in the state, and for us to be close to them makes it possible for next week.” 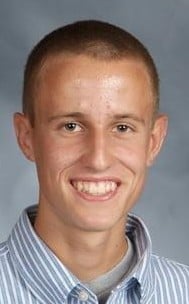 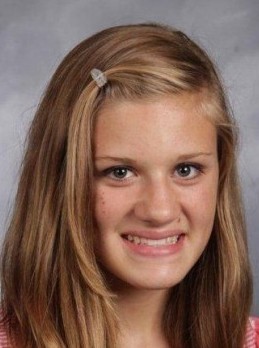