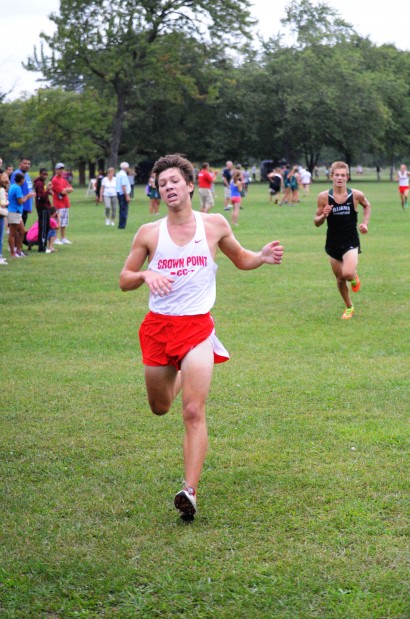 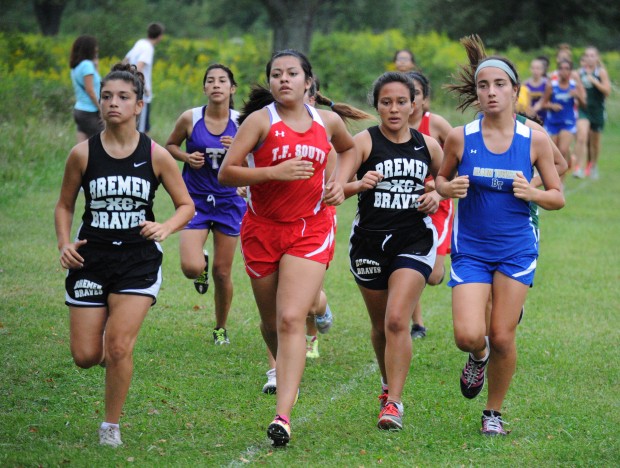 Runners take part in the girls race at the Rich Dust Invitational at North Creek Meadow on Saturday morning. 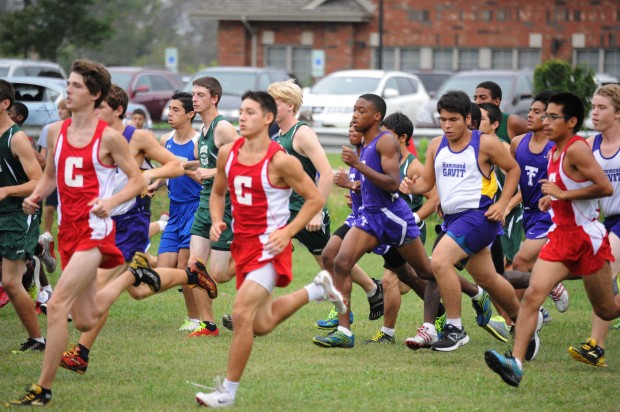 "We were just like, 'Let's make an impression,'" Walters said. "We wanted to show everyone that we're strong together and we're not going to let anyone die."

Illiana Christian won the boys crown with 28 points, while Crown Point was third with 73.

"It felt pretty good," Fiene said of the 3-mile race. "I've got to start my kick a little faster. I waited too long. It was an advantage to be familiar with the course. It's fast. There's a lot of straightaways where you can pick up your speed."

Crown Point's Ray is hoping the Bulldogs can find some younger runners to complement the team's strong trio at the top of Walters, Ray, and Tony Cierniak who finished sixth.

"We have three strong runners at the top," Ray said. "Hopefully we can find a four and five."

Illiana Christian's Wondaal is just happy to be getting back into cross country form after suffering a setback when he fell out of a truck this summer.

"It's a good first race," Wondaal said. "This meet was incredible compared to last year. I'm still getting back into it. The team should be really strong this year."

"I was really nervous for this race because it's the first race," Beezhold said. "I feel like I was going to do as good as I can. There's a lot of schools here so there's competition to run fast."

McGurk was happy with the flat and fast course at North Creek Meadows and had only good things to say after her first race at both T.F. South and Illiana Christian's home course.

"I'm feeling really great and the flat course just made it better," she said. "The turns are sharp, but it was great. It felt fast."

Lauren Brink was competing in her first cross country competition, and she appeared to make the most of it.

"I was super nervous because I run track but this is a lot longer than what I am used to in track," said Lauren, who finished in 19:35 -- a second behind her sister. "Our team was pushing each other to do well so it was a lot of fun."

Gina Narcisi of Bloom Township took sixth (19:45). Narcisi's strategy was to stay with the front pack throughout the race.

"My idea going in was just to stay with the top pack," she said. "Just don't lose the pack and work from there. To go out and run my race."

Runners take part in the girls race at the Rich Dust Invitational at North Creek Meadow on Saturday morning.