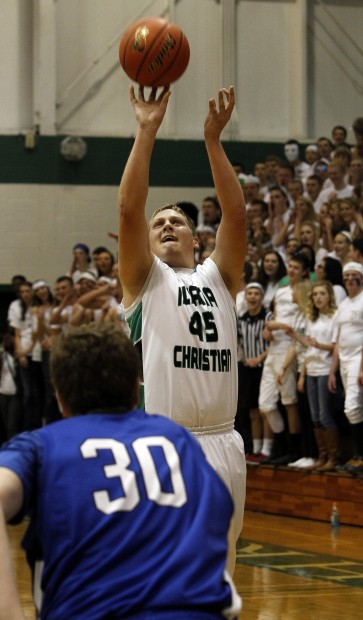 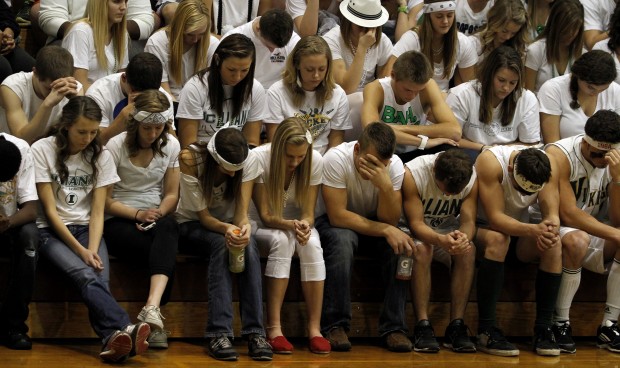 Illiana Christian students hold a moment of silence before the start of Friday's boys basketball game in Lansing for the children and teachers killed in on Friday in a Connecticut school shooting. 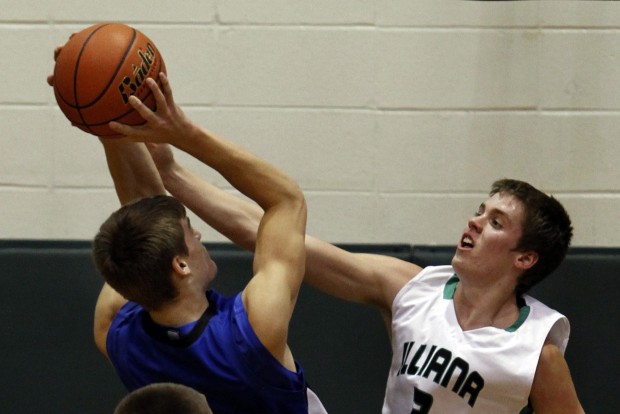 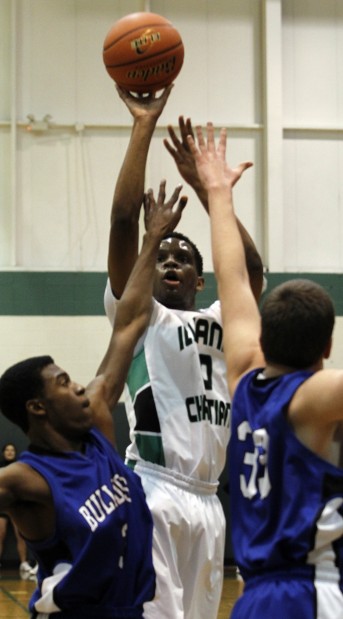 LANSING | Illiana Christian got off on the wrong foot and stumbled the rest of the way Friday night.

The Vikings never led and missed a lot of easy shots in falling 74-54 to Riverside Brookfield in a Metro Suburban Conference game.

"We played tight and it showed. They (Riverside Brookfield) made their shots, especially the threes."

The closest Illiana would get was 10-8 in the first quarter, but R-B went on a 12-2 run. The Bulldogs followed with a good second quarter to take a 43-24 lead.

The Bulldogs' Eric Loury also did a nice job of guarding Illiana's leading scorer Brandon Martin. While Martin had 10 points, he said Lury made it hard on him.

"He was on me, in front of me and took me out of my game," Martin said. "I like to drive to the basket and he kept me from doing that."

Loury said that was the gameplan that Bulldogs coach Tom McCloskey had.

"We knew if Martin could get to the basket, he could hurt us, so I had to front him and not let him," Loury said. "We know how good of a ballplayer he is and I had to stop him."

"We were really up for this game," McCloskey said. "We know they are a good team and we had to play a good game and we played one of our best games of the season so far."

It was just the opposite for the Vikings, said Roozeboom.

"We didn't do a lot of things right," Roozeboom said. "We got behind and forced shots against a very good team."

Jon Zandstra led Illiana with 13 points, while Martin had 10.

* Illiana Christian was 20-of-69 shooting from the field.

Illiana Christian students hold a moment of silence before the start of Friday's boys basketball game in Lansing for the children and teachers killed in on Friday in a Connecticut school shooting.