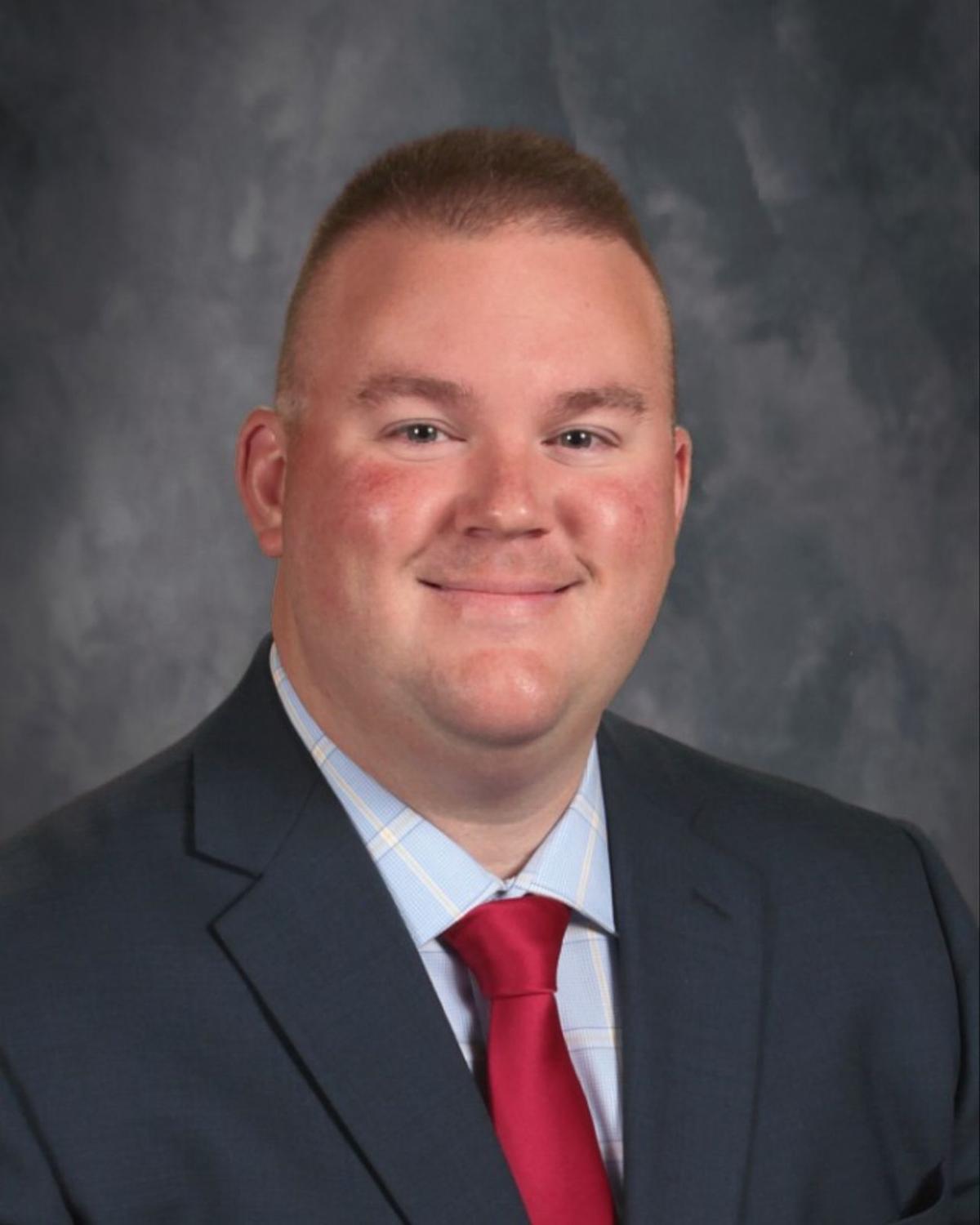 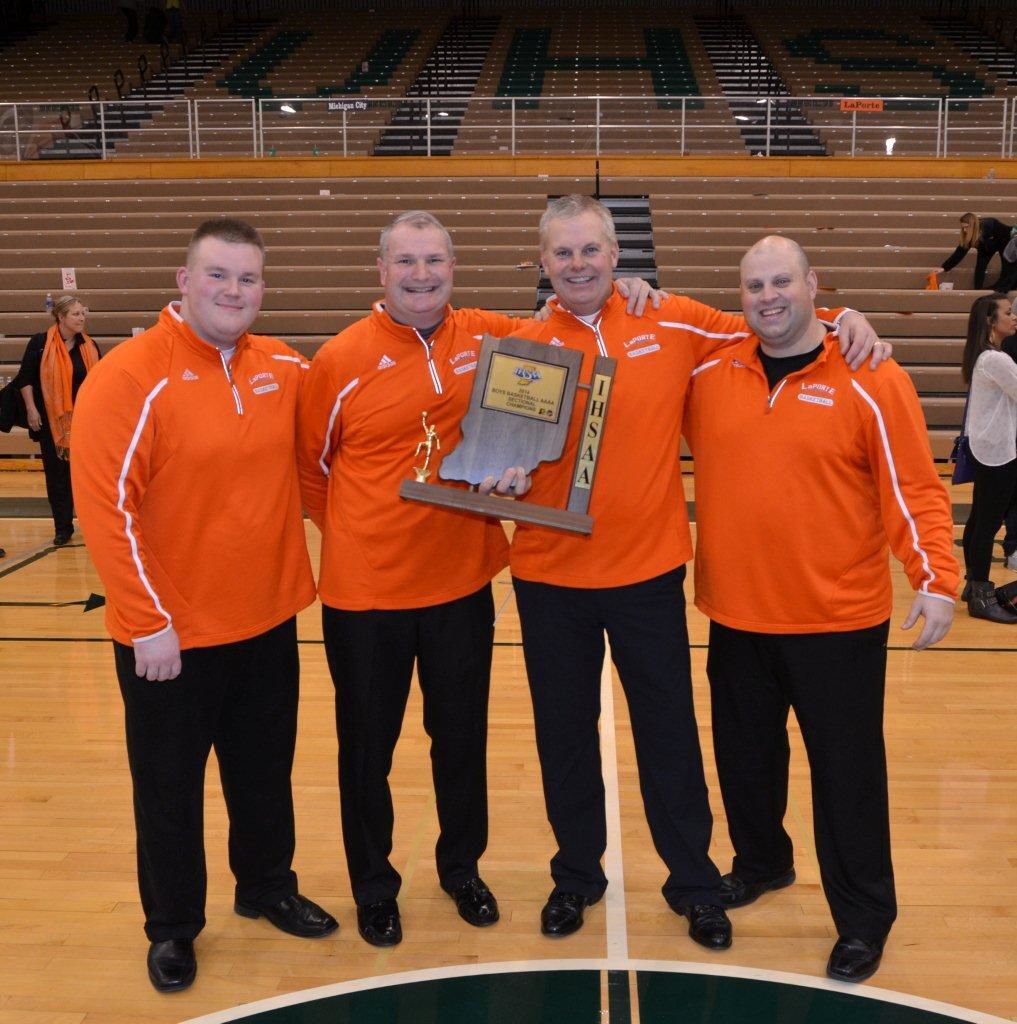 Ben Anderson, left, coached at LaPorte with Tom Wells during the 2013-14 sectional-title-winning season. Anderson is the new girls basketball coach at South Central.

UNION MILLS — Ben Anderson is returning to the sidelines, a role he vacated seven years ago to become an administrator within South Central’s school district.

He will step back on the sidelines, approved as South Central girls basketball coach on Tuesday, as he balances being the high school principal for a fourth year next year.

“That is something I’ll have to learn as we go,” Anderson said. “Obviously being principal is my No. 1 priority, however I’ll carve out the appropriate time to also give basketball everything I’ve got and make it as meaningful an experience as I can for our kids. They deserve it.”

Two years ago the Satellites were a basket away from a Class 2A state berth, losing 62-61 in overtime to Frankton. It was part of a four-year stretch under former Times Coach of the Year Wes Bucher when the program went 66-36.

“The bar is set high and we will do our best to put our own approach in,” Anderson said. “I’m kind of a defense-first mentality type of guy. I’m a hard-nosed, in-your-face defensive kind of coach. I feel like good defense will lead to the offense we want. Not that we haven’t played hard defensively in the past, but that will be my primary focus to get started, defense and a few little things to reduce the turnovers we’ve had in the past.”

Anderson spent seven years on the sidelines, the first six at New Prairie and the last at LaPorte, where he assisted Tom Wells during the Slicers’ 2014 Class 4A boys basketball sectional title and led the freshman team to a 20-0 campaign. The 2005 New Prairie grad coached girls basketball in middle school at New Prairie.

He moved to South Central, where he’s risen from athletic director of the junior/senior high school, an elementary school principal for three years and next week completing his third year as high school principal. Anderson believes being in the district for seven years provides a great opportunity to try and coach this group because of how well he knows them.

“I’m a relationship builder and a relationship kind of guy. I just agree a ton with (new LaPorte coach) Jordan (Heckard) that relationships are important and that’s what I love most about South Central, is I literally know every single kid in our building, and you just can’t do that at a lot of schools,” Anderson said.

The biggest challenge isn’t the coaching, Anderson says, or being an administrator, but how to balance the two. Fortunately, he has a couple of coaches to turn to for advice in LaVille boys coach/principal Michael Edison and Pioneer girls coach/principal Jeff Brooke.

“(The girls) know my expectations and how we operate here. If it truly did come down to having some sort of issue, then I’ll let my assistant principal handle it,” Anderson said. “I’m not gonna show any favoritism towards the girls.”

And this summer will provide Anderson an opportunity to get a leg up on the coaching aspect, getting to know what his team is capable of and implement his system to try and develop the Satellites and fulfill their potential

Said Anderson: “Expectations will continue to be high for them as principal and as basketball coach.”

Countries that have never won an Olympic medal

“Lorie Cook is in a category all by herself,” Valpo athletics director Stacey Adams said. “What she has done with the Valparaiso gymnastics team in the last 46 years is unbelievable."

“I realized early in the year how fast all of this was going,” Pepkowski said. “It started hitting me how real it was.

“It’s all men, so they don’t really understand what happened in the '70s and how quickly things turned for women,” she said.

“You weren’t sure what you were going to get from everyone,” Sherman said. “We knew a lot of them were going to be key players for us and we knew they had played high-level travel softball."

“I’ve coached against these kids for the past eight years. They’re hard-nosed kids, very athletic. They get after it. They play end line to end line and that’s the way I like to coach,” Mercer said.

"He was an outgoing kid, always a smile on his face, a joy to be around."

“It’s hard to compare (high school and club volleyball),” Torres said. “There were definitely nerves going into both matches, but there were nerves mixed with excitement."

Thomas Smith resigned three months into his second stint as boys basketball coach, as he became the third to leave Lighthouse in 2021. He was candid with The Times about why he is leaving.

“The great history that UNC has, I wanted to be a part of that,” Washington said.

Ben Anderson, left, coached at LaPorte with Tom Wells during the 2013-14 sectional-title-winning season. Anderson is the new girls basketball coach at South Central.