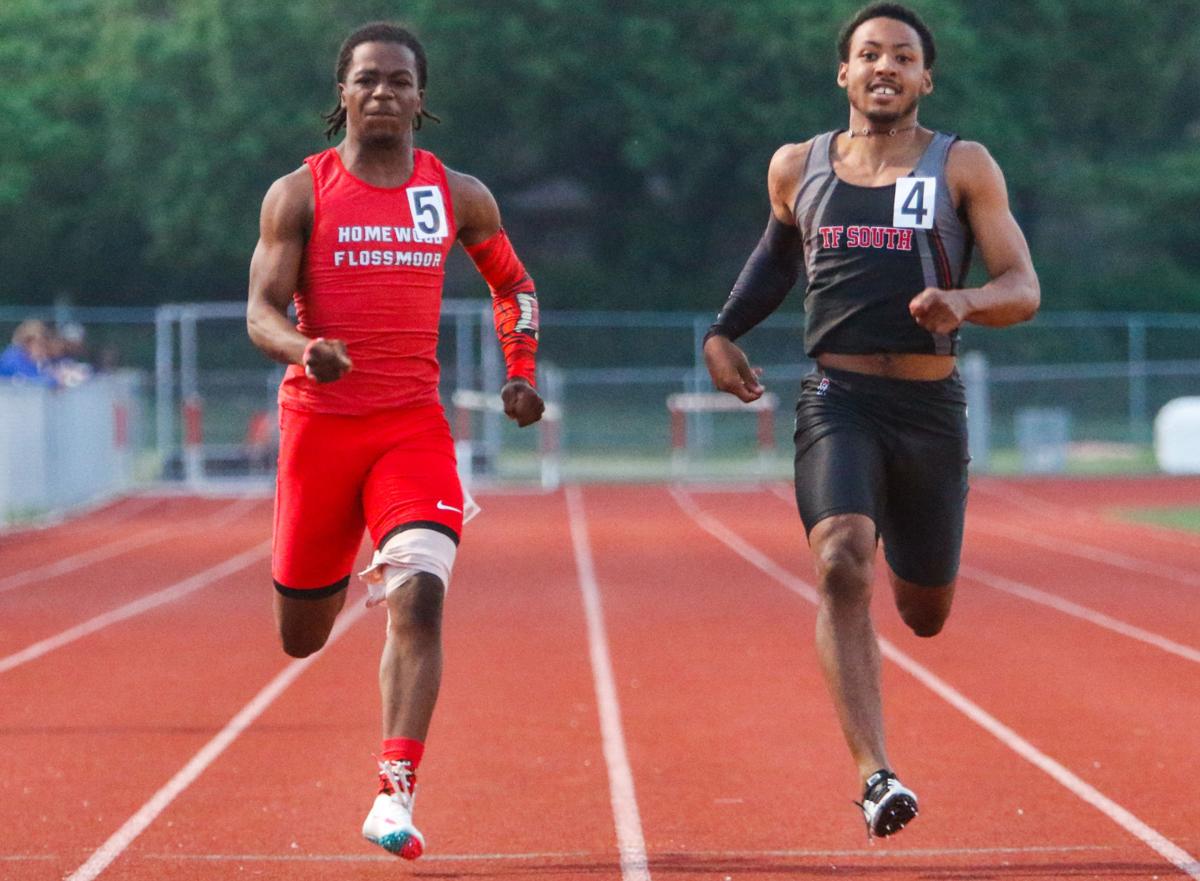 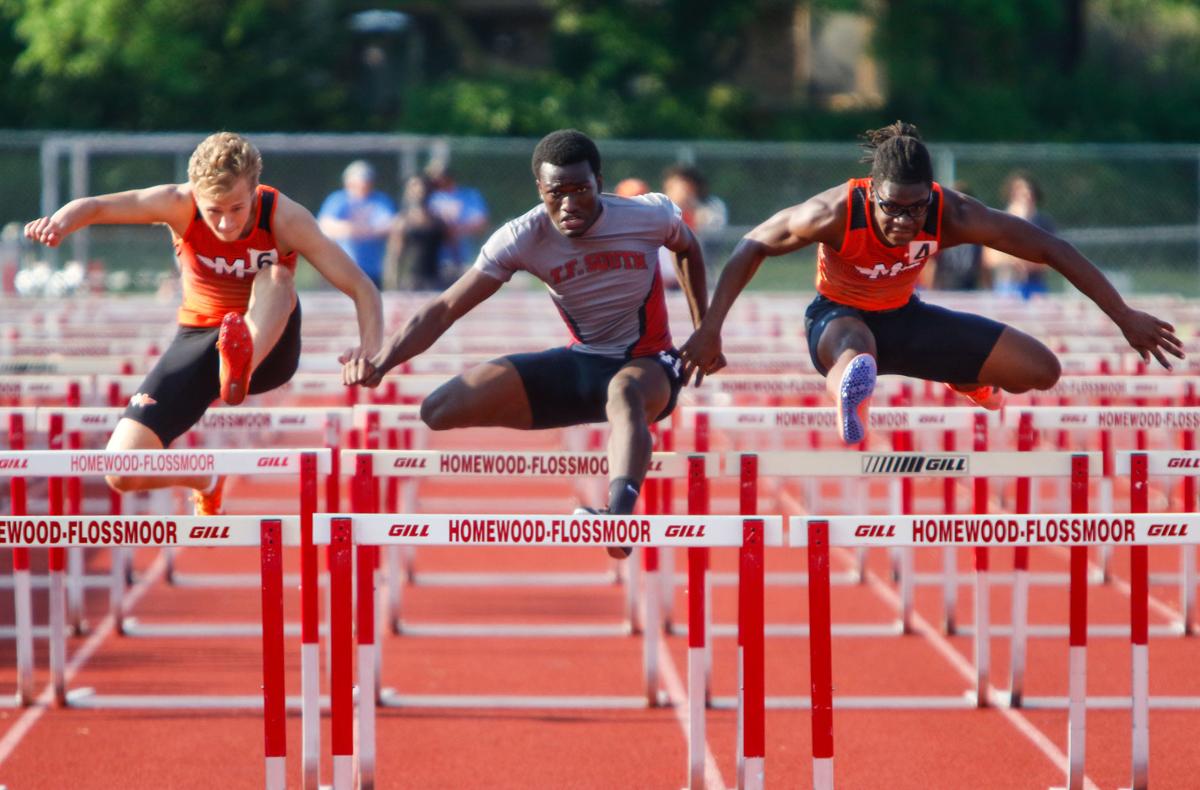 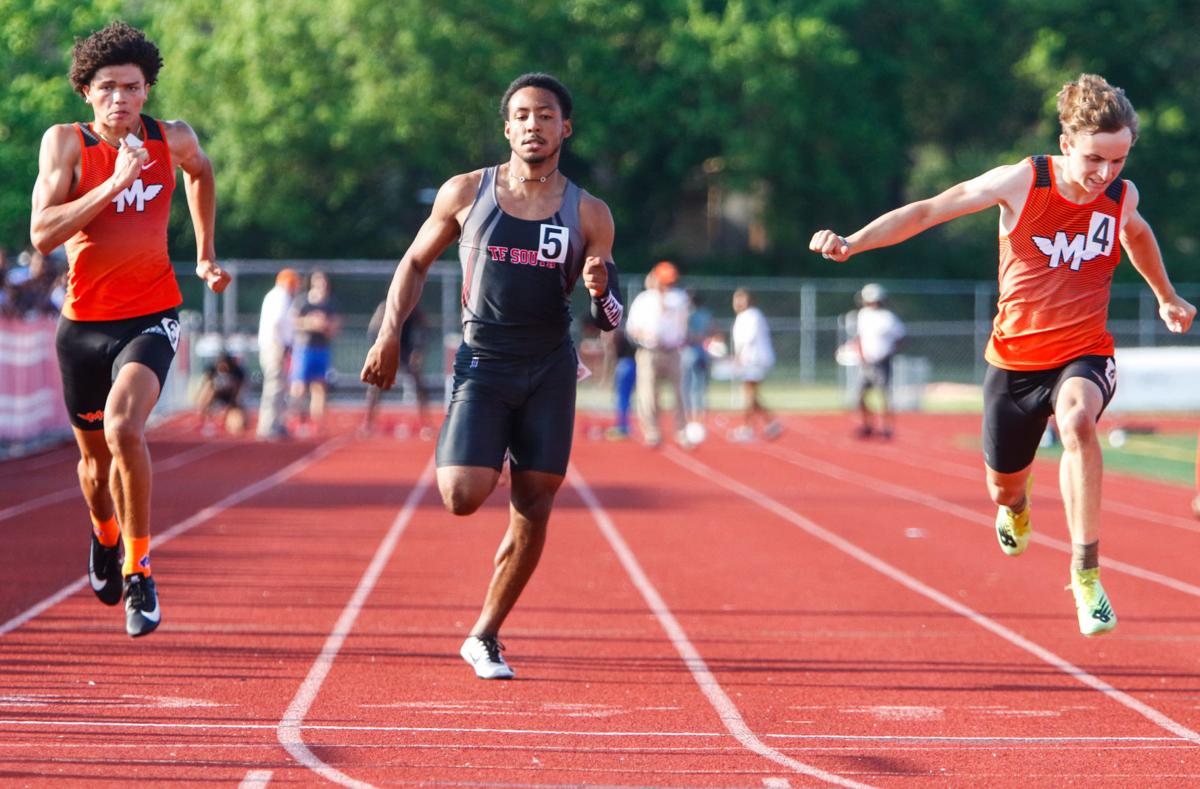 TF South's Tylar Mack, center, keeps up with Minooka's Darren Anderson, left, and Tyler Colwell in the 100 meters on Wednesday during a 3A boys track sectional at Homewood-Flossmoor High School. 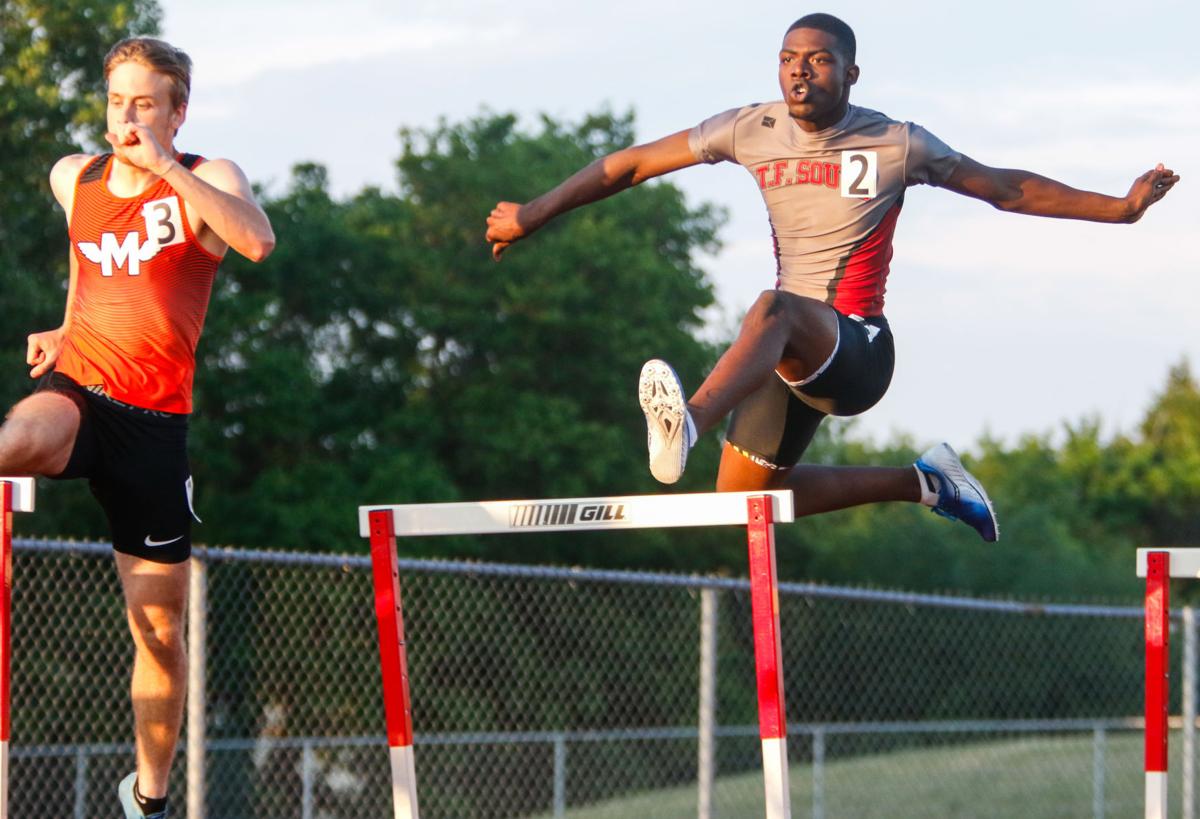 TF South's Navonte Arnold competes in the 300-meter hurdles on Wednesday during a 3A boys track sectional at Homewood-Flossmoor High School.

FLOSSMOOR — Tylar Mack going to state is no shock — the TF South senior has been one of the state's top-ranked sprinters all season.

But all the company he's going to have, with South advancing to the Class 3A finals in eight events out of Wednesday's Homewood-Flossmoor Sectional?

"Going to state for that three-hour ride won't be as boring as I thought it would be," Mack said.

In fact, it's been an exciting stretch run for South. First came a South Suburban Blue title last week. Then came the sectional, when South earned automatic qualification in five events by finishing in the top two.

South added three more qualifiers, including a pair that hit the IHSA qualifying standard on the nose: high jumper Christian Heffner, who was fifth at 1.90 meters (6 feet, 3 inches), and the 400-meter relay team of Derek Smith, Joseph Turner, Ryan Coleman and Mack, which took third in 42.77 seconds.

Still, taking it easy isn't what got Mack to this point. Hard work has helped him become elite and earn a scholarship to Purdue Fort Wayne.

He isn't the only South athlete who has made huge strides since the last full track season in 2019 (the 2020 season was a casualty of the pandemic).

"I came in here ranked second," Ojelabi said. "Me and the first (ranked hurdler) were basically neck and neck. I was actually really nervous. My block start, it was decent, it wasn't the best.

Arnold wasn't catching anyone two years ago. Missing last spring "was tough, I was kind of disappointed," he said. "I wanted to show that I got better because my freshman year I was, like, the worst 300 runner. I got last in all my races."

But now he's going to state at Eastern Illinois University in Charleston on June 19.

"This is by far, since I've been coaching, the most kids we've gotten down," South coach Steve Nelson said. "I'm excited."

NBA Finals: What is the best result for the books?

Should there be concern around the Yankees?

Should there be concern around the Yankees?

TF South's Tylar Mack, center, keeps up with Minooka's Darren Anderson, left, and Tyler Colwell in the 100 meters on Wednesday during a 3A boys track sectional at Homewood-Flossmoor High School.

TF South's Navonte Arnold competes in the 300-meter hurdles on Wednesday during a 3A boys track sectional at Homewood-Flossmoor High School.