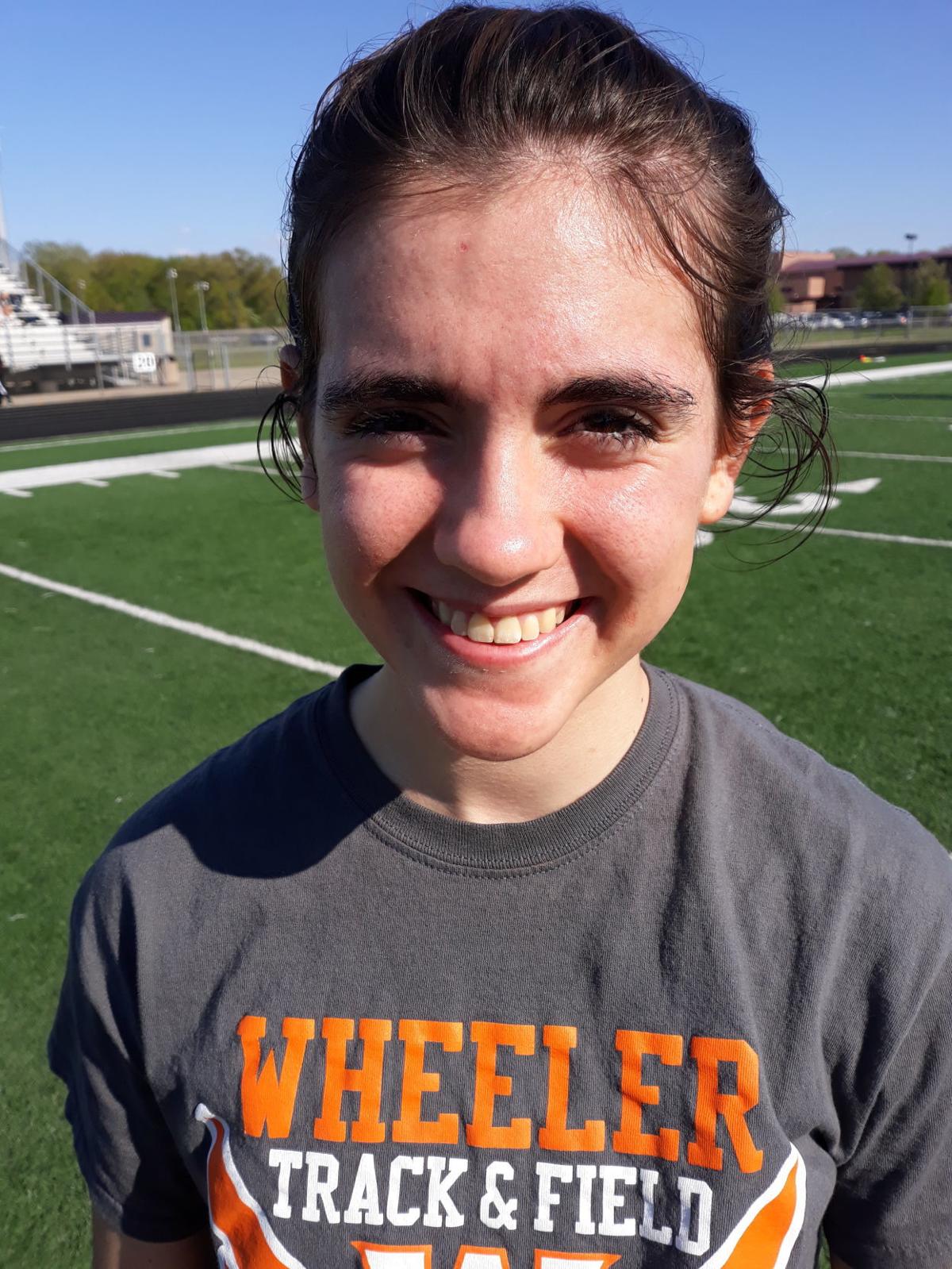 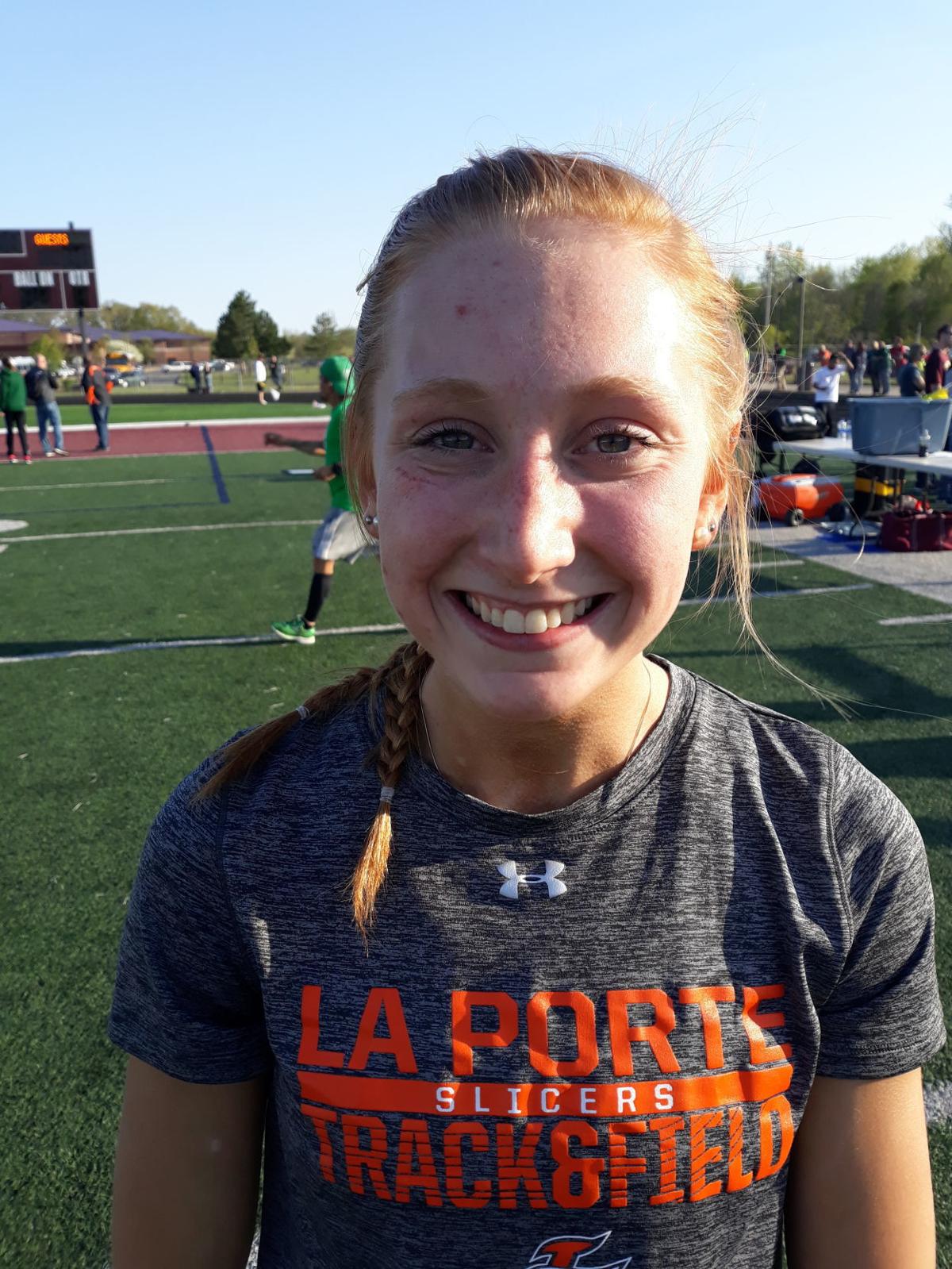 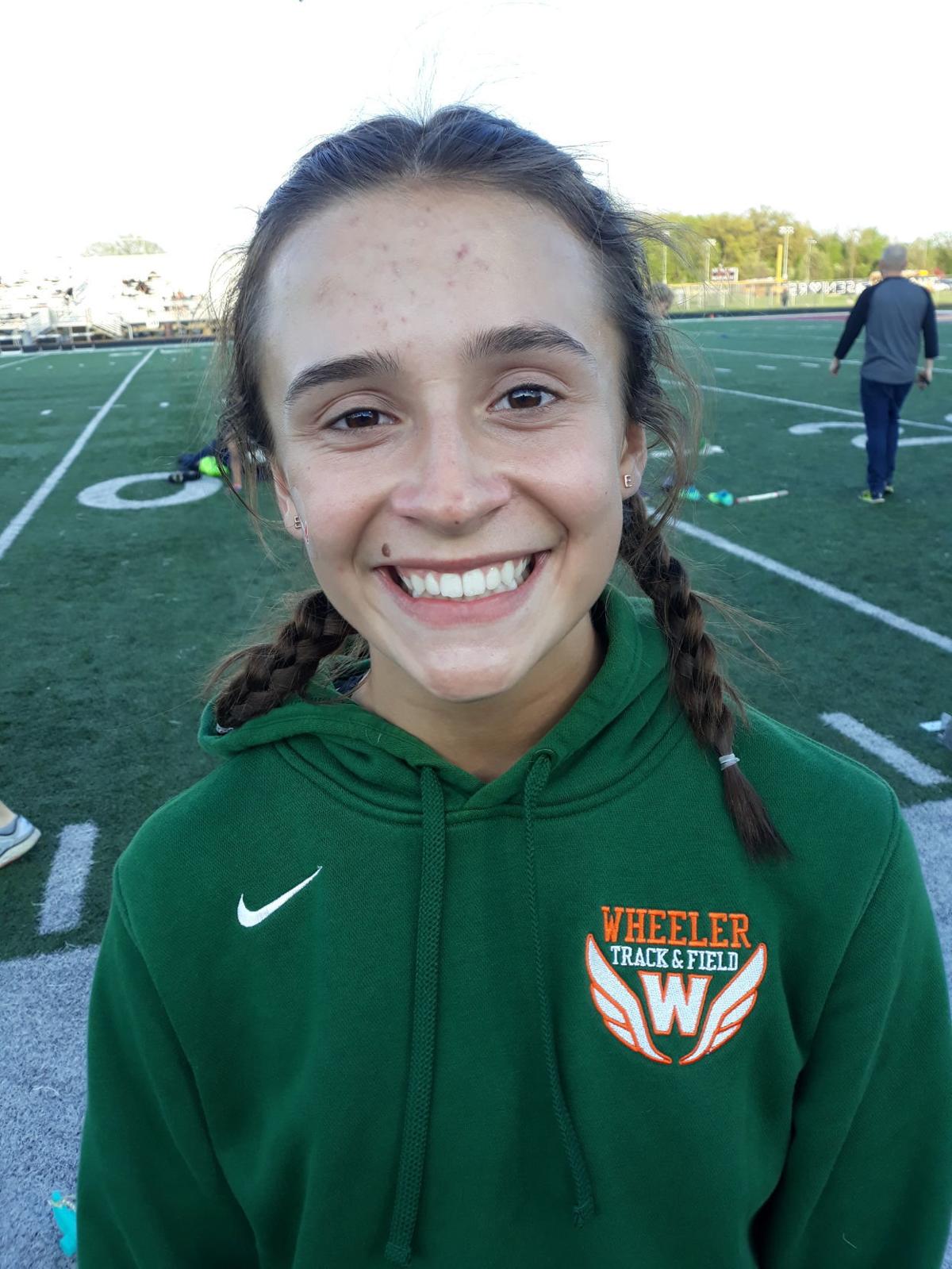 Wheeler's Emma Hellwege was the runner-up in the 800-meter run at the Chesterton Sectional on Tuesday. 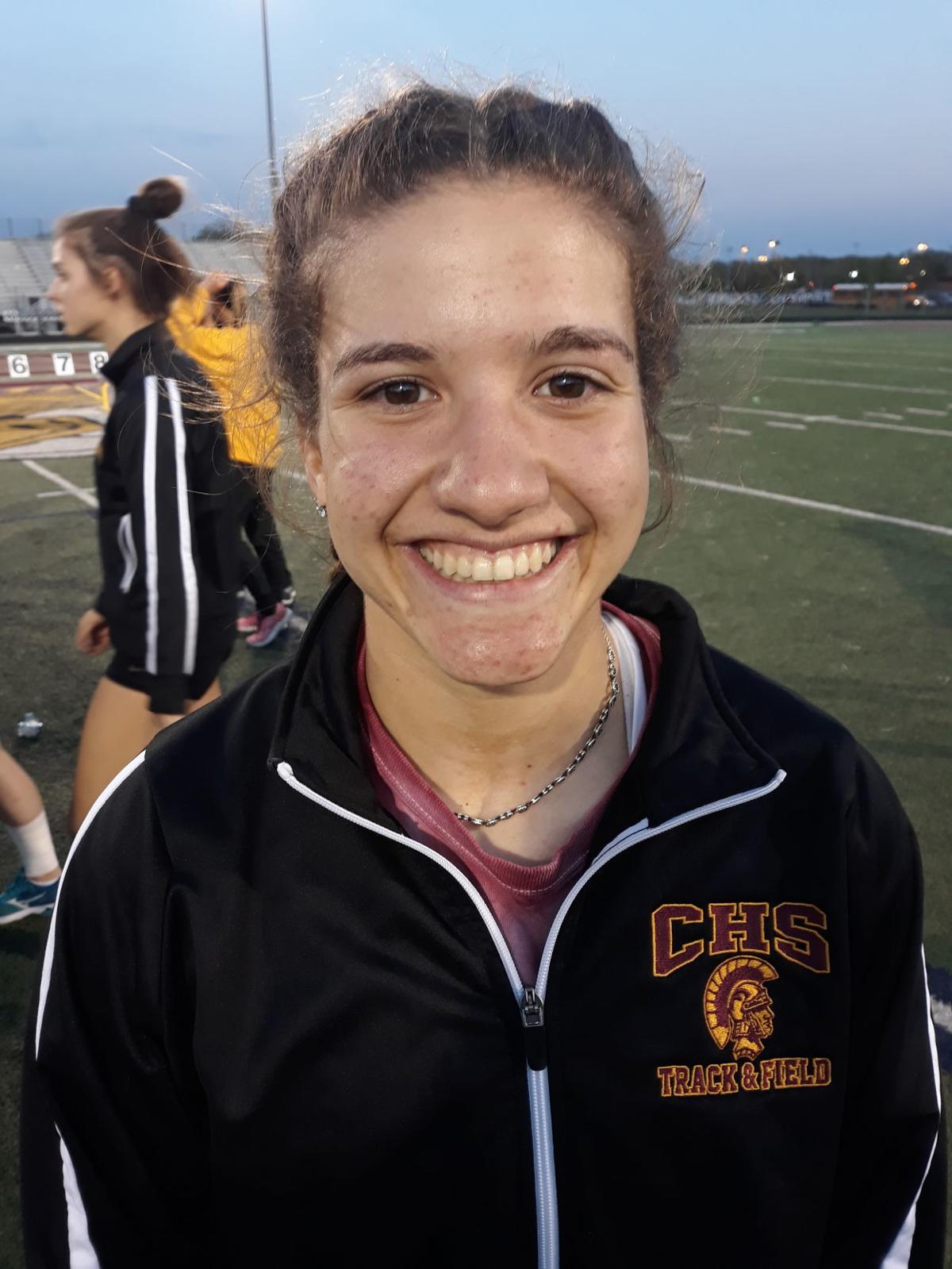 Wheeler's Emma Hellwege was the runner-up in the 800-meter run at the Chesterton Sectional on Tuesday.

Edmond overcame a series of injuries just to compete during her senior year and helped the program surge back after losing most of the time her previous three years.

Vertigo brought on by migraine headaches affected her balance during her freshman season.

She missed the entire sophomore season with a stress fracture in her shin.

Edmond was injury free her junior year, but a badly sprained ankle from a spill down the stairs at practice caused her to miss the indoor track season in March.

Edmond said she was nursing a hamstring injury suffered the day before when she fell.

With help from coaches and teammates pushing her, she managed to compete during her final season.

In the first track event of the sectionals, the 3,200-meter relay, the Bearcats took the early lead with Amaya Turner running the first leg and finished second to Chesterton.

Trojans head coach Lindsay Moskalick said she knew Wheeler despite its small size would be a challenge going into the sectional.

"We were pretty excited to go against them and kind of see what they have," she said.

Chesterton has an enrollment of 2,076 students, according to the IHSAA website, while Wheeler's enrollment is 553.

Bearcats head coach Luis Guillen said his team is a close-knit group of just over 20 members that scored a number of victories against squads twice its size during the regular season.

Wheeler was undefeated in the Greater South Shore Conference and won its own invitational.

"I think what's important is they don't let their size bring them down. They don't let that intimidate them. They know the other teams are wearing the same jerseys they are with just a different name on it," Guillen said.

"They compete and it's fun to see," he said.

LaPorte star would outrun the boys

Riley Tuerff knew her calling was in track after outrunning some of the boys in grade school.

The LaPorte senior plans to run next season for Indiana State.

The soon to be pre-med student has advanced to the state tournament the past three years.

"I was always just running around in the backyard or in the front yard and I felt like super fast. I ended up being faster than some of the boys," Tuerff said.

Tuerff's career in track got off to a rocky start.

She missed her first season in middle school because of a broken arm but she hasn't looked back since.

Tuerff said she feels excited and blessed to be able to go on and compete at the Division I level.

"I love everything about it," she said. "Competing, practicing, being on a team, being a leader, being able to set that example. Things like that."

Ashley Craycraft trailed for almost the entire 800-meter run except toward the end when the Chesterton junior used her second gear to overtake Wheeler freshman Emma Hellwege.

Craycraft stayed behind Hellwege until the straight away at the end.

"I have the kick that some people aren't lucky enough to have so I used it to the best of my ability," Craycraft said.

She could see her parents, Brent and Juana, and others from the stands cheering them on especially while closing in on the finish line.

After eighth grade, Craycraft planned to play softball in high school but she put down the bat and followed her love for running instead.

"It's just so much fun to get out here and run," Craycraft said.

Hellwege said she was a bit disappointed but super excited to qualify for the regionals with her second-place finish particularly being a freshman at a small school.

"I feel honestly on top of the world," she said.

"I was glad that she was there. Having someone pushing you always makes you run faster," she said.