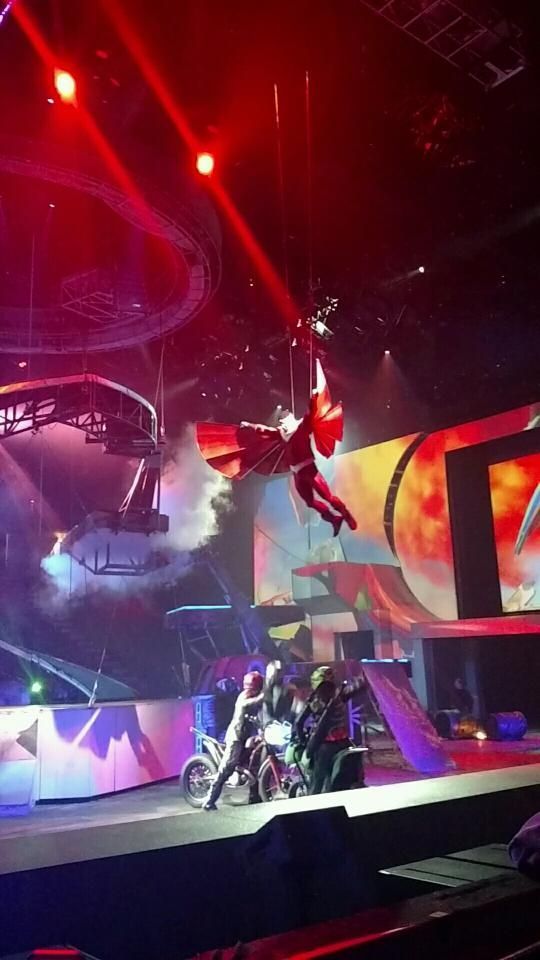 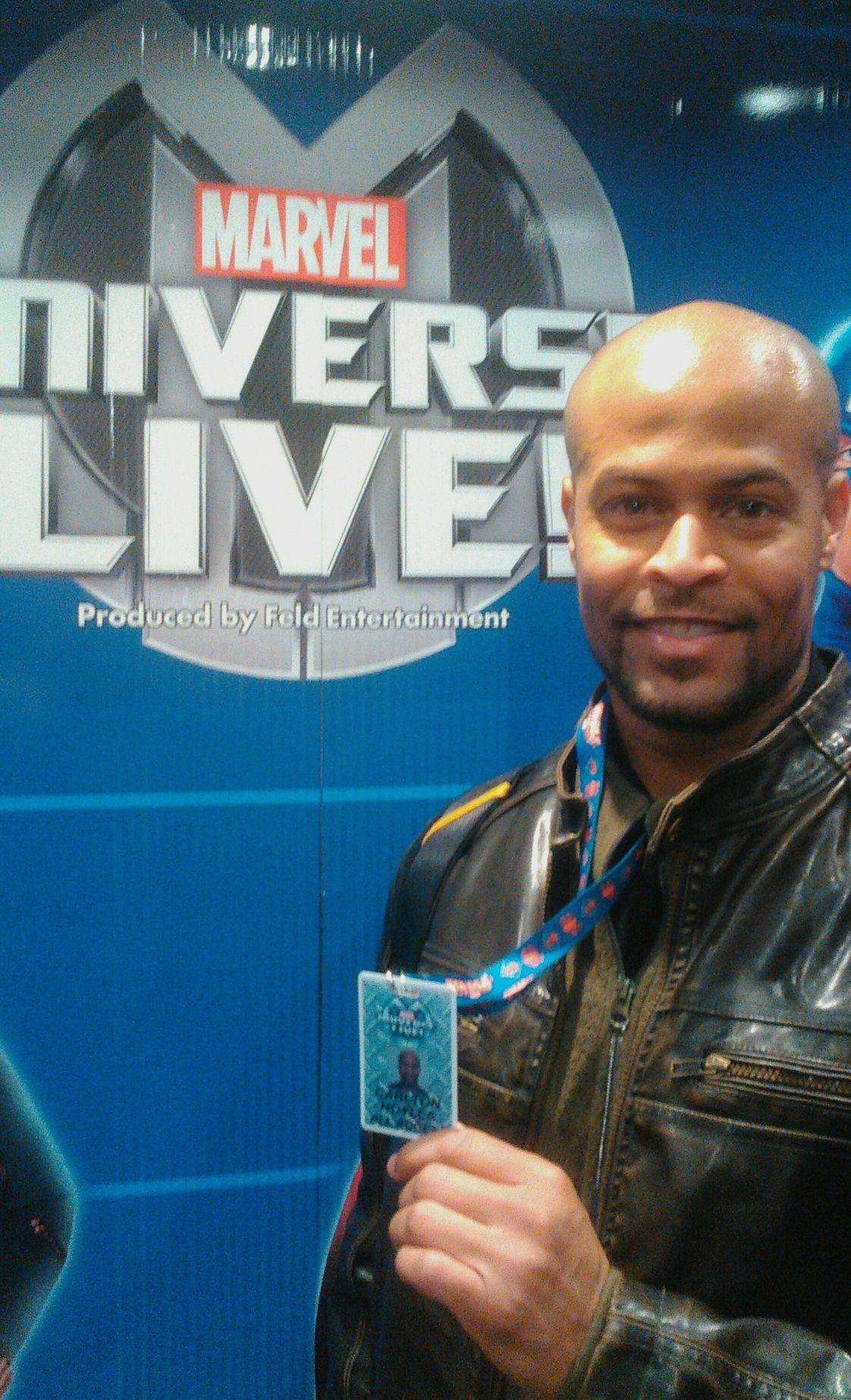 Carlton Hoyles isn't talking about his days as a hurdler at Merrillville when he describes how excited he is to be touring with the Marvel Entertainment Live!

"The kid in me has me jumping for joy," Hoyles said. "This career has been a dream come true for me, and I am enjoying every minute of it."

He is currently portraying the characters of Falcon (aka. Sam Wilson) and Nick Fury in the production. The Falcon character was the comic's first African-American superhero.

"It kind of brings out the kid in me," Hoyles said. "All those cartoons and TV shows (reruns) from the 1960s, 'Batman' and 'Superman' always fascinated me. Now I am having the opportunity to play a superhero."

Hoyles has to fly, and has two harnesses on him for those scenes.

"I guess it ties in my hurdling and gymnastics into it," Hoyles said. "Falcon assists Captain American and Black Widow in a scene where we take down the Red Skull and Madame Hydra."

He said he became interested in performing when, as a kid, his parents, Carlton and Tracey, took him to see Disney on Ice in Chicago.

Hoyles talents are not limited to the stage. In 2006, he was the Valparaiso Regional champion in the 110-meter high hurdles and was second in the 300 intermediates. At state, he was eighth in the 110. He ran one year at Indiana State, but decided to concentrate on school. He majored in Fine Arts 2D design and minored in art history.

After graduation, it was hard to find work in his field, so he worked at Enterprise Rent-A-Car and the Shoe Carnival as well as maintenance work for Ross Township and a substitute teacher for the Merrillville Community School Corporation.

"Probably the most difficult life lesson I had to learn during that time was to swallow my pride," Hoyles said,. "I learned I had to do things I have to do vs. The things I wanted to do."

He did a running program through the Merrillville parks and also coached tumbling and gymnastics at summit Athletics in Crown Point.

He also got a break from a church member who wrote children's books.

"Mr. Henry L. Jones asked me to help illustrate a book, and it was something that I always wanted to do," Hoyles said. "I had fun doing it, and we have one more on the way."

The book was "Frog in the Pulpit" and the soon-to-be released "The White House Dog." He said that may set his future.

"I am still planning to pursue a career in cartoon animation, so I can hopefully entertain and inspire the world with my work and ideas," Hoyles said. "Right now, I am a little busy, and enjoying every minute of it."

Hoyles is a 2006 Merrillville grad.

He is touring with Marvel Universe Live and is currently performing in Cincinnati. He is portraying the roles of super heroes Falcon and Nick Fury.

He won the Valparaiso regional in that event and was second in the 300 intermediate hurdles.

At Indiana State, he rean track for one year. he graduate with a degree in Fine Arts 2D with a minor in art history.

He has illustrated tow children's books, "The Frog in the Pulpit" and the soon-to-be published (The White House Dog."

WHERE ARE THEY NOW?: Dr. Carl Gioia

Dr. Carl Gioia can feel for kickers like Robbie Gould.

WHERE ARE THEY NOW?: Golden age great pitches his stories

George Elish saw some of the greatest sports legends play during the golden era of sports.

WHERE ARE THEY NOW?: Dan Palombizio

Dan Palombizio was one of the best high school basketball players in the nation.

WHERE ARE THEY NOW?: Dr. Vicky Baker

As a student-athlete at Purdue Calumet, Vicky Baker spent some nights in the gym working out on her own.

WHERE ARE THEY NOW?: Kurt Monix

Playing three sports in high school and college, 2009 Lowell grad Kurt Monix feels as if an 80-hour week is a bit of a break.

WHERE ARE THEY NOW?: Bryan Buksar

WHERE ARE THEY NOW?: Eric Gehrig

Not much can dampen Eric Gehrig's outlook on life.