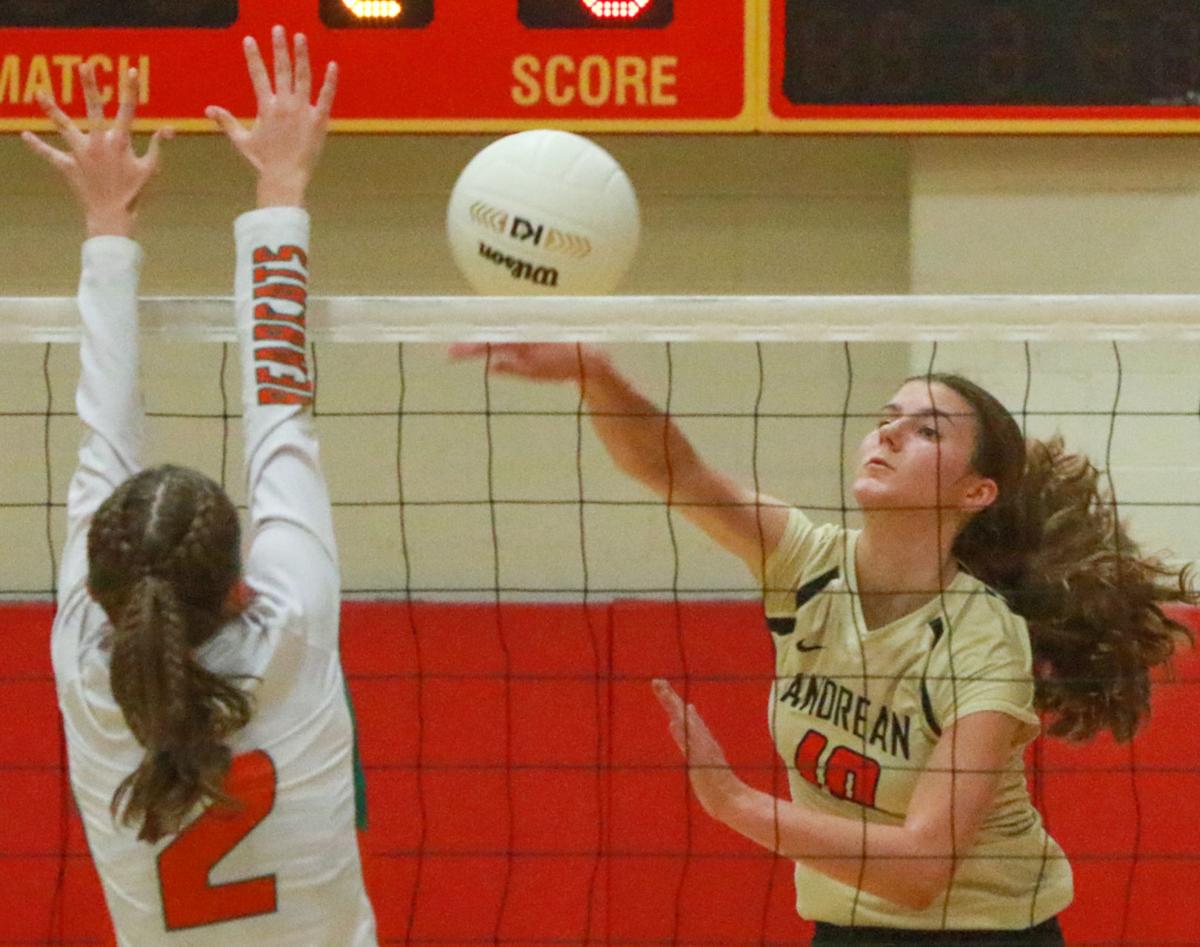 Andrean's Jillian Moynihan tries to send a kill past the block attempt of Wheeler's Wheeler's Macy Ward on Tuesday. 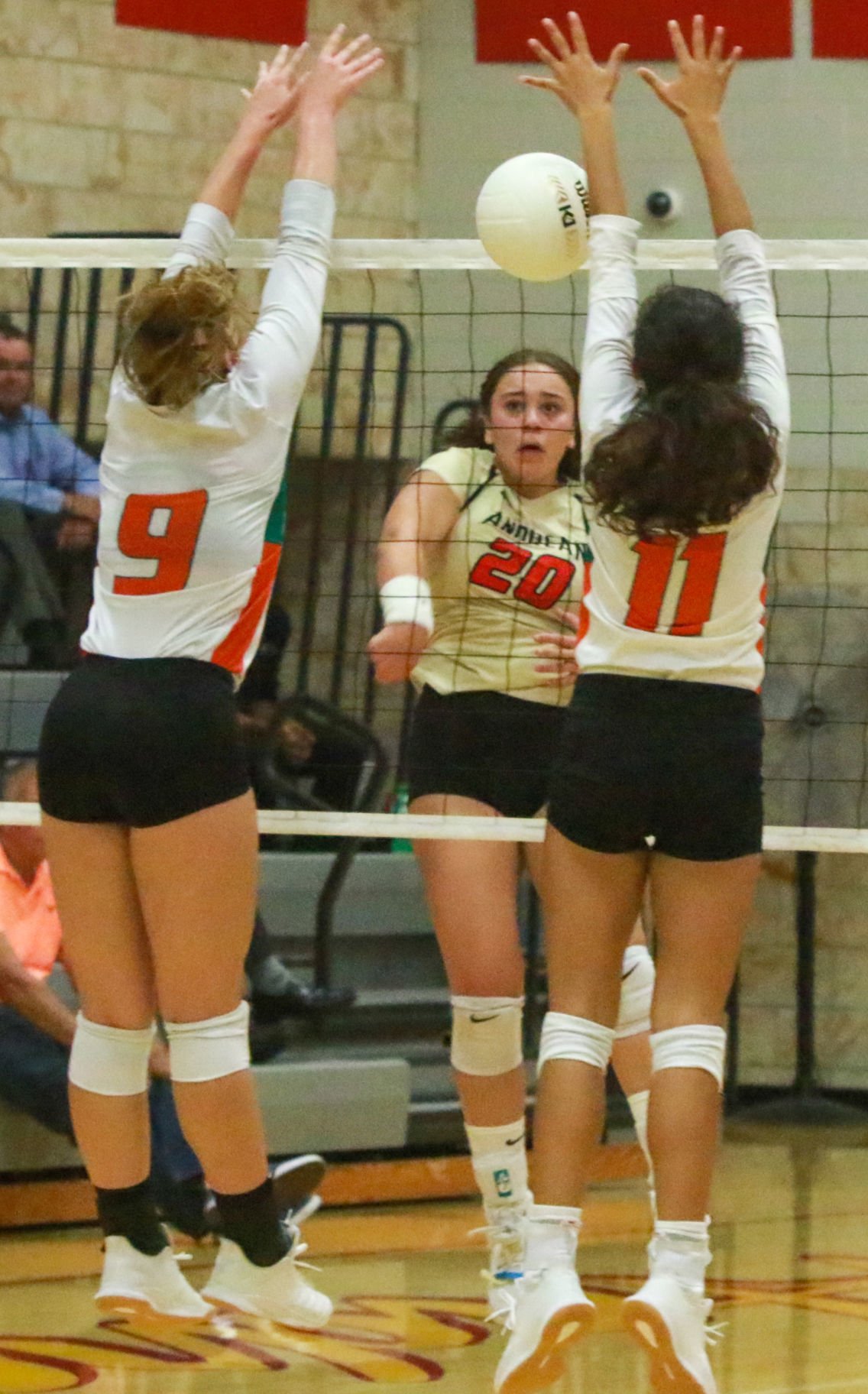 MERRILLVILLE — Jillian Moynihan felt the momentum that Andrean had built up slipping away early in the third game of Tuesday’s match against red-hot Wheeler.

The senior rallied her teammates and put an end to Wheeler’s run with several thunderous kills, finishing off the Bearcats with a 25-8, 25-10, 25-20 nonconference victory.

“We’ve had nights where we come out really strong and then I feel the energy dropping a bit in the third game,” Moynihan said. “When I see that happening, it’s just gathering everyone together and refocusing a little bit. We take a breath and then we move forward.”

When Moynihan speaks, her teammates listen. It’s the product of having been in the program since she was a freshman. Moynihan’s consistency and perseverance was rewarded this season when she was named team captain.

“It means being a leader on the court as well as off of it,” Moynihan said. “It’s a real honor.”

Andrean coach Grant Bell knew when the 59ers (7-7) began to struggle on Tuesday, that it would be Moynihan and sophomore hitter Angelina Majchrowicz to lead the comeback. Both hitters, as well as Mia Brown, each had 12 kills to lead Andrean.

“With Jillian, it’s been a natural progression with the time that she has spent in the program,” Bell said. “Her and Angelina are the two heavy hitters. You’ve seen Jillian grow as a player from where she started as a freshman.”

The 59ers came out strong with a 25-8 win in the first game and carried that momentum over to a 25-10 victory in the second game. As the heat of Andrean’s gym began to slow both teams, Wheeler took the advantage in the third game, buoyed by the return of senior setter Ellie Bravo, who was making her first appearance of the season. The Bearcats jumped out to an early lead before Moynihan helped close the door.

“The first two games we showed what Andrean volleyball is all about,” Bell said. “Aggressive defense, strong serving and being aggressive at the net. The team we were in those first two games is a team that can go far this season, but it doesn’t happen all the time.”

“We got beat in those first two games by the aura that is Andrean,” Wheeler coach TR Harlan said.

Harlan and Bravo bond on the sidelines

Ellie Bravo and TR Harlan have spent a lot of time getting to know each other in the last month, but not in the manner that either originally intended.

Andrean's Jillian Moynihan tries to send a kill past the block attempt of Wheeler's Wheeler's Macy Ward on Tuesday.