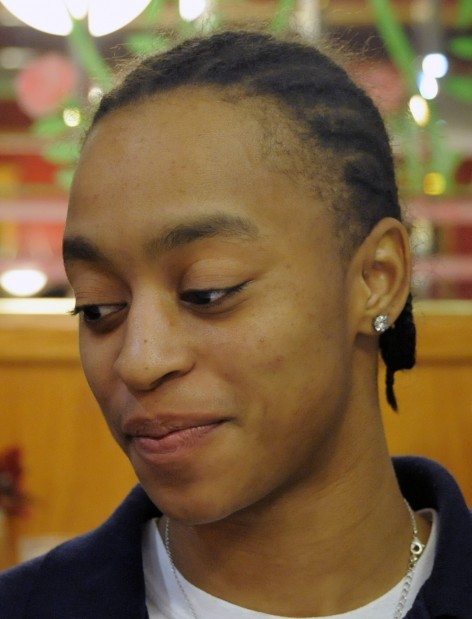 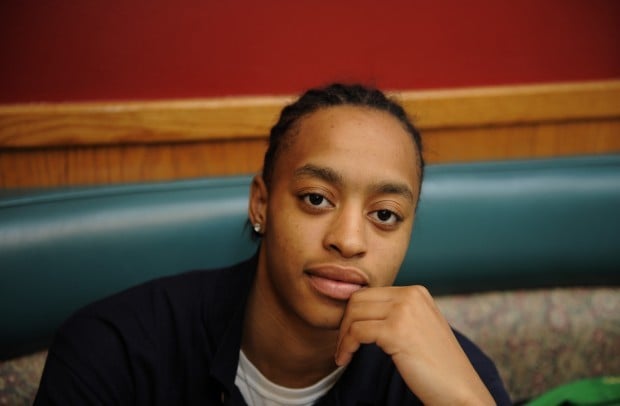 Victoria Bradley's sisters, Diamond and Tionda, went missing in July 2001. Victoria has found comfort in playing basketball at Washington, even as the 10th anniversary of her sisters' disappearance approaches. She said she still expects to come home one day to find them waiting for her.
{{featured_button_text}}
1 of 2

CALUMET CITY | Washington girls basketball player Victoria Bradley doesn't talk much about it because of the hurt.

The sister of Diamond and Tionda Bradley, the two Chicago sisters who disappeared on July 6, 2001, doesn't like to talk about their disappearance, yet she finds solace and hope when talking about it.

"It is painful every time I talk about it," Victoria said recently while at Tom's Restaurant in Calumet City. "It is so hard because we are still waiting for them to come home. It is has just been a hard time for me and my family."

Bradley, a basketball star at the East Side high school, was not home the morning of her sisters' disappearance. There have been no leads in the case.

She said she was at her grandmother's house and her mom went to work and left the two in the living room of their South Side apartment. There was a note, apparently written by Tionda, then 11, saying she and Diamond were going to a nearby park.

That is the last anyone has seen of the two. Their mother and father were both questioned by Chicago Police, but were let go. The area near their apartment was searched from the Metra tracks to abandoned buildings, to no avail.

Tionda would have turned 20 years old on Jan. 20. It is a case which still touches the hearts of Chicagoans and the nation.

Victoria said her faith has helped her and she still holds out that when she comes home from practice or a game, she will be surprised.

"I hope I come home one day and they are there waiting for me," Bradley said. "I would say, 'Where have you been? It has been a long time. Welcome home!'"

Her aunt, April Jackson, said the family prays for the safe return of Diamond and Tionda. She also is impressed how Victoria has been able to handle the stress.

"Basketball is her outlet," Jackson said. "She is passionate about the game and that is good for her.

"This has been tough on everyone in our family. There is no closure. We just pray and hope."

As of now, there have been no hot leads. A spokesman for the Chicago Police Department said it is still an ongoing investigation.

Victoria's birthday is July 7, one day after the disappearance. She has never celebrated a birthday since that fateful July day in 2001.

"I don't want to celebrate, no cake, nothing," Bradley said. "All I want is for my sisters to come home. Then we can celebrate."

She said it affected her in school and socially.

"I got F's. It was really tough for me," Bradley said. "It took some time for me. ... Even coming to Washington, a new school, so far south, I was a little scared.

"It is just something you cannot explain."

On the court, Bradley is averaging 17. 5 points and 12.7 rebounds per game for the Patriots, who are back on the winning track.

It was tough at Washington where she has played for four different coaches. An elite program struggled when Gerald Ewing left after her freshman year to become an assistant coach at Johnson County Community College (Kan.) and most of the team transferred. Bradley, who was a Times All-Area pick as a sophomore, quit last year in December.

She said several local community colleges have shown interest in her.

"I love playing basketball and I just needed to get away from it last year," she said. "I think I can play in college."

ENTRIES CLOSE MONDAY: Win up to $1,000 when you enter the 2018 Destinations Photo Contest!