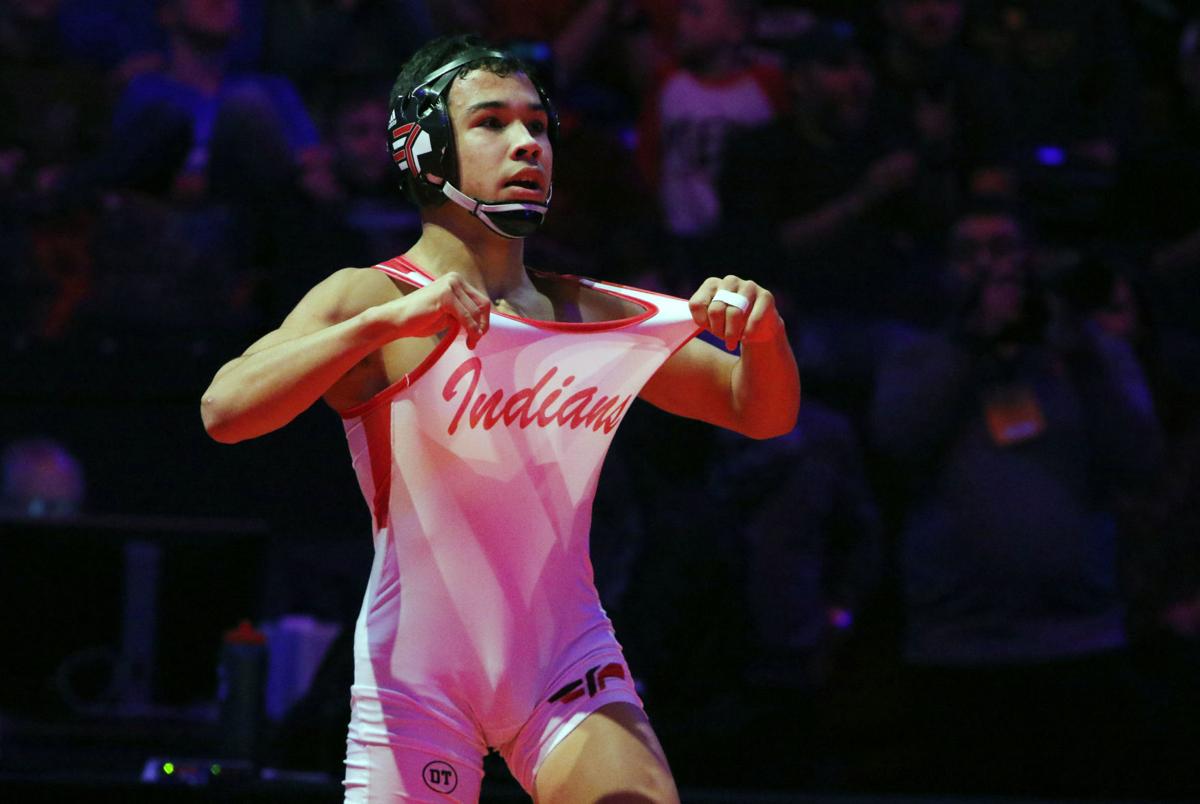 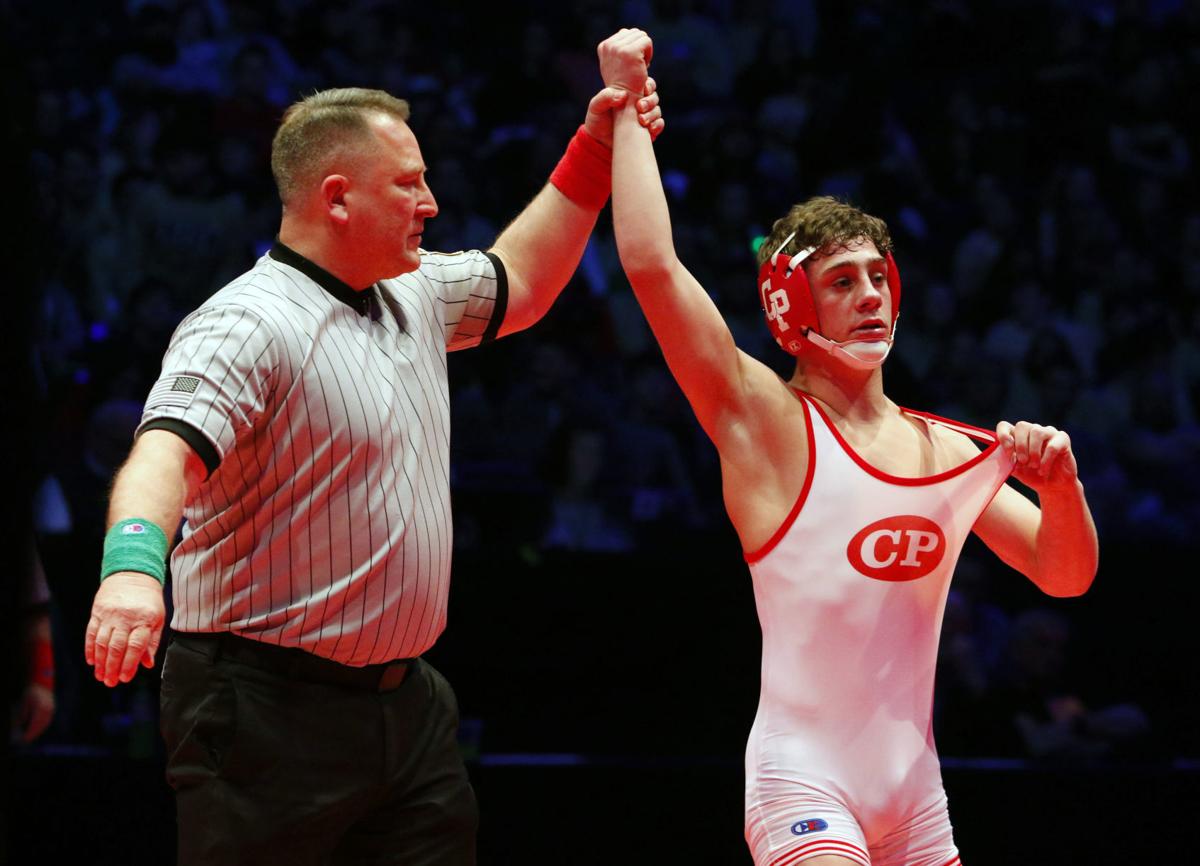 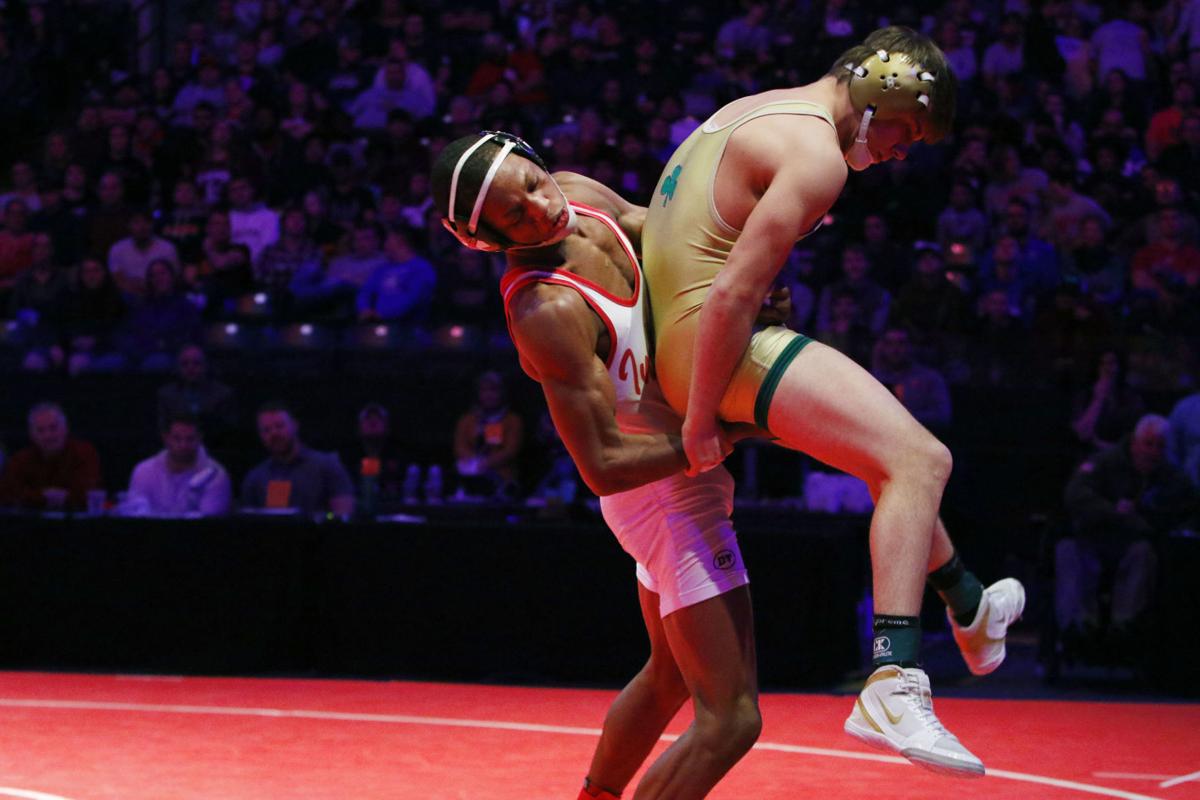 INDIANAPOLIS — All four Region wrestlers battling in the state championship matches Saturday night in the State Finals at Bankers Life Fieldhouse were ranked either No. 1 or No. 2 in their respective classes.

Moran, who won the 106-pound state title last year as a junior, jumped to his feet after beating Cathedral freshman Zeke Seltzer 3-0 to win at 113. Moran tugged on his singlet to show to the capacity crowd.

“I’ve been putting in the work all season, knowing that last year I wanted to be back here for sure,” said Moran, an Indiana recruit.

Repeating as a state champ was always forefront.

“It can be a hard, getting a little unfocused thinking about last year that you can’t get much better,” he said. “It was just staying focused and repeating and just dominating.”

Indeed, Moran dominated the day, winning by fall in the quarters and by tech fall in the semis.

Although Seltzer was just a freshman, Moran also had to be ready.

Mendez was one of those standout freshmen. He finished his season a perfect 45-0 in beating Avon’s Raymond Rioux 6-0 in the title bout.

“This one is really special,” Mendez said. “Me and my dad and my family have been dreaming of this since I was 7, so it feels real good to finally get it done.”

Mendez pick up a win by fall in the quarters and by major decision in the semifinals.

“I work hard,” he said. “I always try to be the hardest worker in the room, and it’s paying off. Now I’ve just got to do it three more years.”

C.P. coach Branden Lorek said Mendez is a leader as a freshman.

Washington lost a heartbreaking 12-7 match to Cathedral’s Jordan Slivka at 160. He led 6-3 in the third before Slivka tied the match at 7-7. Slivka got an escape to go ahead 8-7 with less than 30 seconds remaining and held on as Washington tried to rally.

Washington won both of his earlier matches by major decision to put him in the finals against Slivka, who was a state champion at 145 last year.

Fowler had the most dramatic afternoon of the four who made it the the championship match. In the semifinal match against No. 1 ranked Jacob Bolte, of Columbus East, Fowler fell behind 3-0 in the third period before executing a reversal to get within 3-2 and then an escape to send it to OT. He scored a takedown 31 seconds in to advance.

He took off his headgear and raised his arms in jubilation before embracing his coach Jim Wadkins.