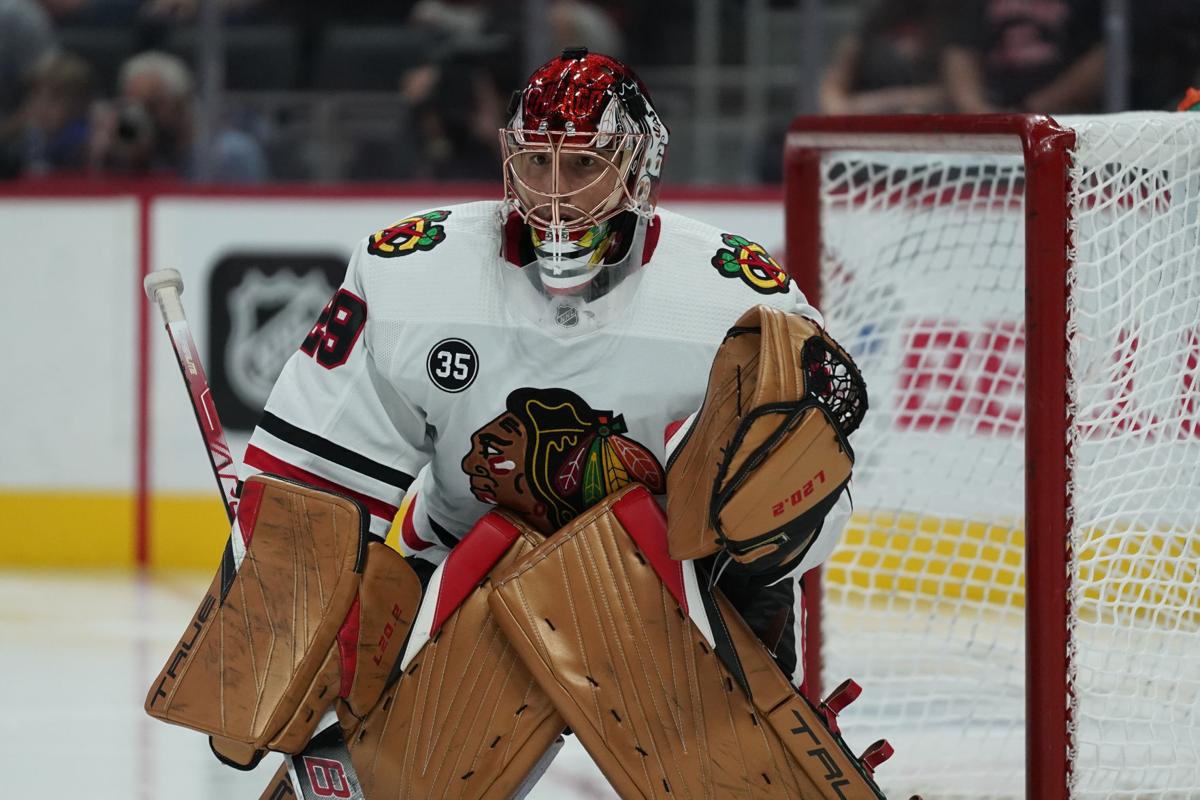 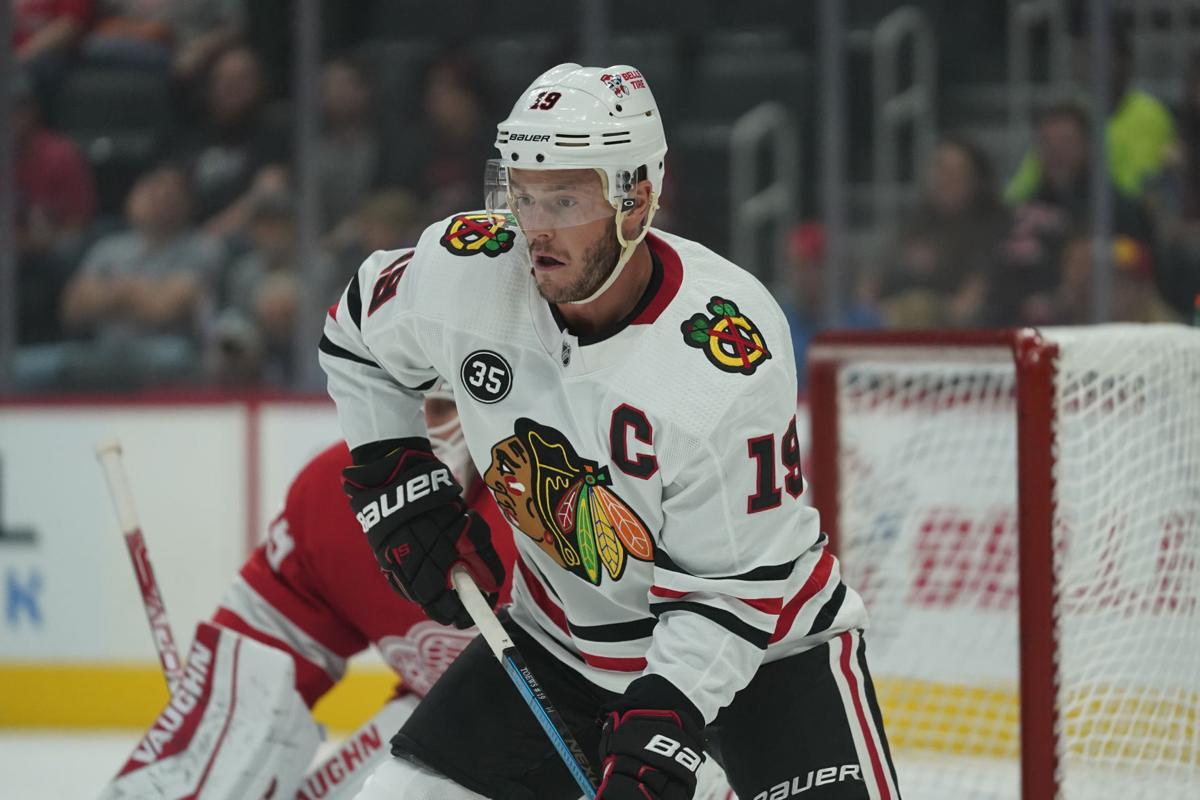 The Chicago Blackhawks wrapped up training camp Tuesday at Fifth Third Arena and flew to Denver for Wednesday night’s season opener against the Colorado Avalanche at Ball Arena.

With captain Jonathan Toews back this season and Patrick Kane set as the top alternate captain, coach Jeremy Colliton named Connor Murphy an alternate for road games, while Alex DeBrincat will wear the “A” during home games.

“They’re part of what we’ve been trying to build,” Colliton said of Murphy and DeBrincat. “They’ve been building it here.”

Apparently, those last orders of business didn’t include officially informing one Hawks prospect that he had made the roster.

“There hasn’t been a big ... meeting or anything,” MacKenzie Enwtistle said sheepishly. “But I’m excited, I’m happy to be here, a lot more work to do for sure.”

After standing out in camp, Entwistle received congratulations from teammates. Now he and the rest of the Hawks turn their attention to the Avalanche, a top contender to reach the Stanley Cup Final.

“There’s obviously some nerves,” Entwistle said. “They haven’t quite kicked in yet, but you know what’s at stake. Colorado’s a good team. It’s going to be a home opener, so the fans are going to be going. So it’ll be a good test with us.”

The Hawks have quite a few things to test: They have a new goalie in Marc-Andre Fleury, two new defensemen playing prominent roles in Seth Jones and Jake McCabe and a new center for Kane and DeBrincat in Tyler Johnson.

The Hawks went 3-1-2 during the preseason, and Entwistle and DeBrincat tied for the team lead in goals.

Despite the new faces, many Hawks are entering their fourth season with Colliton.

“I know this group,” Colliton said. “Whether it’s guys who’ve been here a while and I’ve coached them for however many years, or young players and maybe I had them in Rockford or had them as young players here, they know me, I know them and it just makes it easier.”

Nothing will be easy, however, in a Central Division that includes the Avalanche, Minnesota Wild, St. Louis Blues, Dallas Stars and Winnipeg Jets. But the Avalanche are on a tier above the rest.

“We want to compete with them,” Colliton said. “In our division, they’re the standard, so we’ll see where we’re at.”

Here’s what you need to know about the Hawks season.

“We’re bigger, we’re faster, we’re able to play a more winning style,” Colliton said. “We’ll be tested here right out of the gates and that’s fun. We’re going to have to get better as the year goes on. The team and the performance that we have on Day 1, if that’s as good as it gets, then we won’t be good enough.

“But that’s the case with most of the teams in the league. There’s very few that can sleepwalk their way through the season and then turn it on for the playoffs. ... I like the work ethic and that should give us a chance.”

Colliton said about Murphy and McCabe, who quickly have shown chemistry: “They’re both physical, hard to play against, defensive defensemen. They know their value to the team, they take pride in doing those things without the puck, defending and playing against top players. Not everyone wants to do it. Not everyone is satisfied with that role, even though it’s so important.”

Fleury said his challenge isn’t just to learn the Hawks system but how he communicates with teammates: “Learning guys’ voices. Sometimes the other team yells stuff too, right? They trick you into passing them the puck, so it’s good to learn the guys’ voices.”

It’s notable that Alex Nylander didn’t make the opening roster. “He needs to play,” Colliton said. “There’s a lot there but it’s a difficult situation coming off the (knee) injury. We had a lot of competition, so he didn’t have much time. ... He’s got to get skating and make sure he’s competing every time he’s on the ice, but the skill is there and he’s shown he can do it in the past. It’s just getting back up to that lineup.”

“On the power play, we’re snapping it around pretty good right now to where there’s still even a lot more options that we haven’t used yet,” Johnson said. “We’re just trying to get all the basics down and it’s working really well right now.”

Colorado is a popular pick to win the Stanley Cup among prognosticators and sportsbooks (the Avalanche are tied with the Vegas Golden Knights at 5-1 odds at Westgate Las Vegas).

It’s easy to see why. Nathan McKinnon is one of the league’s top forwards and leads one of the most formidable forward units along with Gabriel Landeskog and Mikko Rantanen. Last season that combination finished with a 68.3% goals-for percentage, second only to Vegas’ Max Pacioretty, Chandler Stephenson and Mark Stone, according to leftwinglock.com.

The Hawks won’t catch a break against the Avalanche’s deep defensive group either. Cale Makar and Samuel Girard ranked sixth and 19th in points among defensemen last season.

“It’s a really hungry team,” Colliton said. “They have high expectations. They probably believe they should’ve had more success in the past, so that chip on the shoulder, we better not be caught by surprise by it.”

If Fleury leads the Hawks to a win against the Avalanche, it would break a tie with Martin Brodeur and Curtis Joseph for the NHL record for season-opening wins by a goalie (10). Fleury needs eight wins this season to reach 500 for his career.

Toews needs 30 assists to reach 500, and if he plays in 71 games, Toews would join Kane in the 1,000-games club. If Toews plays in every game to that point, he would reach the mark in front of a home crowd April 3 against the Coyotes.

The Hawks will appear on 13 national broadcasts — eight on ABC/ ESPN networks and five on TNT. Here are some notable games.

The 29-year-old defenseman made his NHL debut with Chicago in 2015.

Geoff Baker: New NHL fans, here’s what you need to know about the red and blue lines while watching a game

Among the questions I’ve gotten most from new hockey fans as the Kraken’s second game of the preseason approached is what to make of all those red and blue lines on the ice. 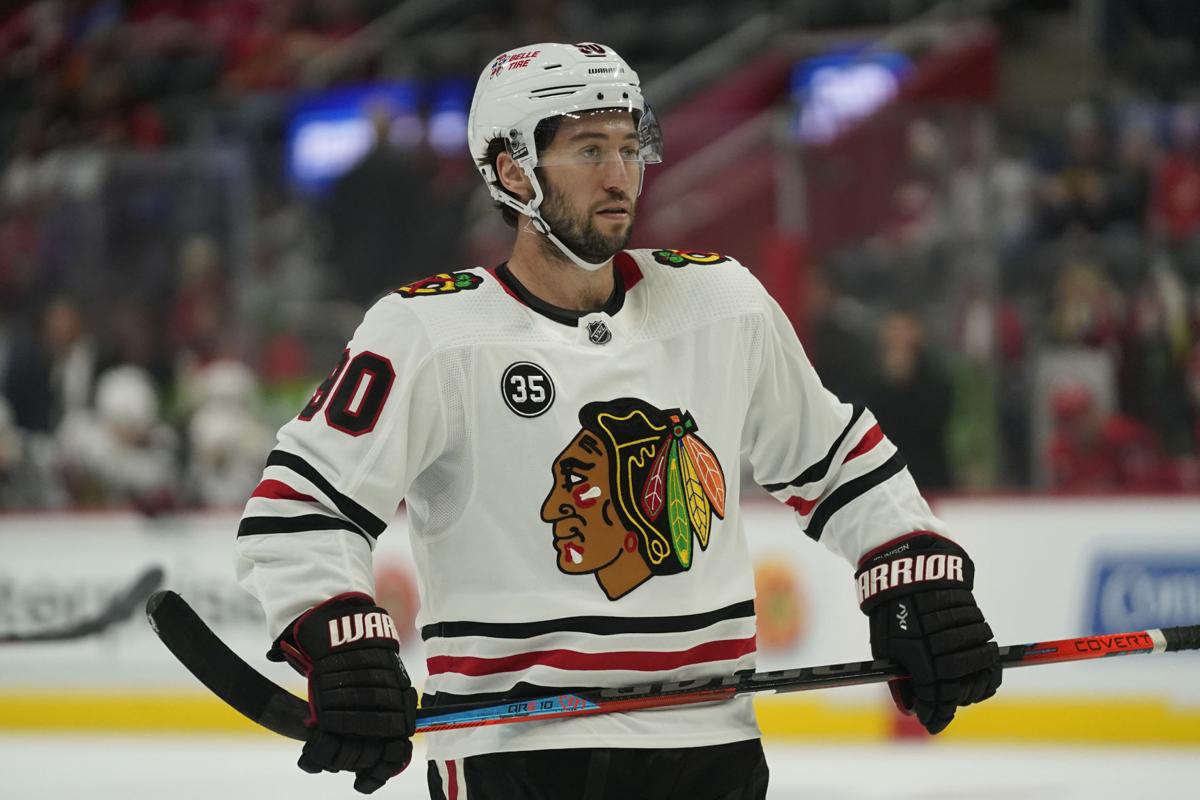 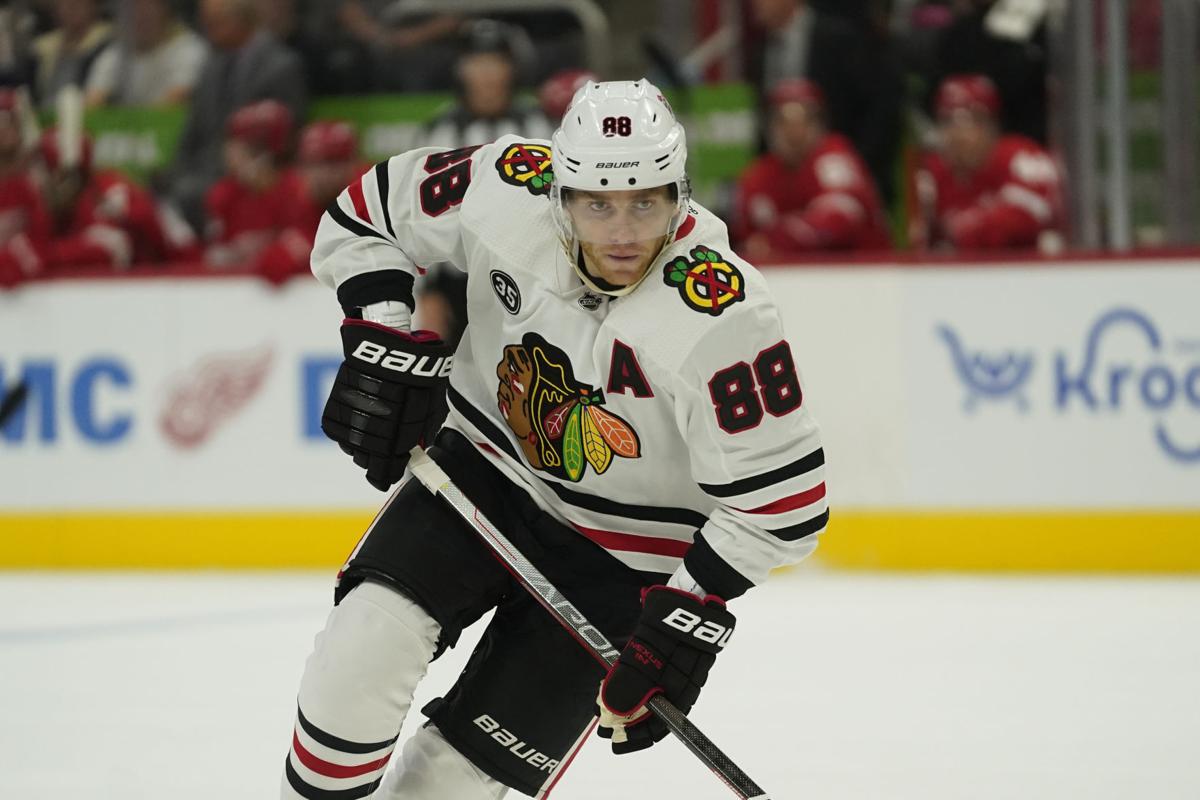