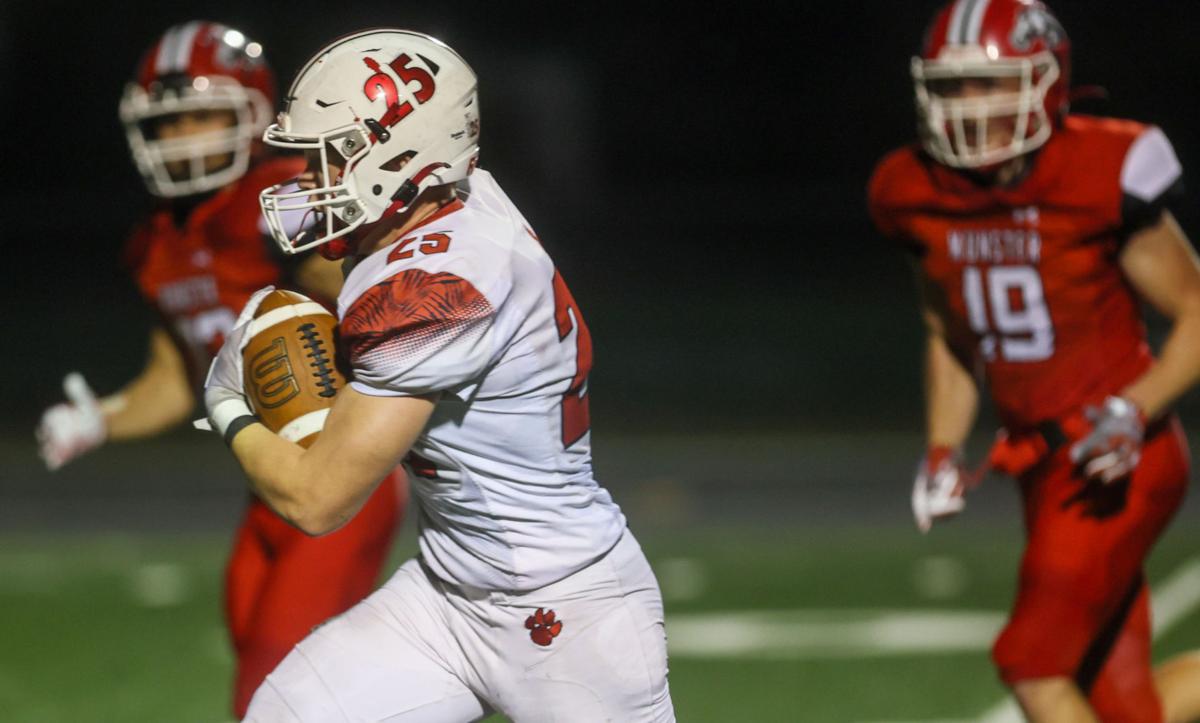 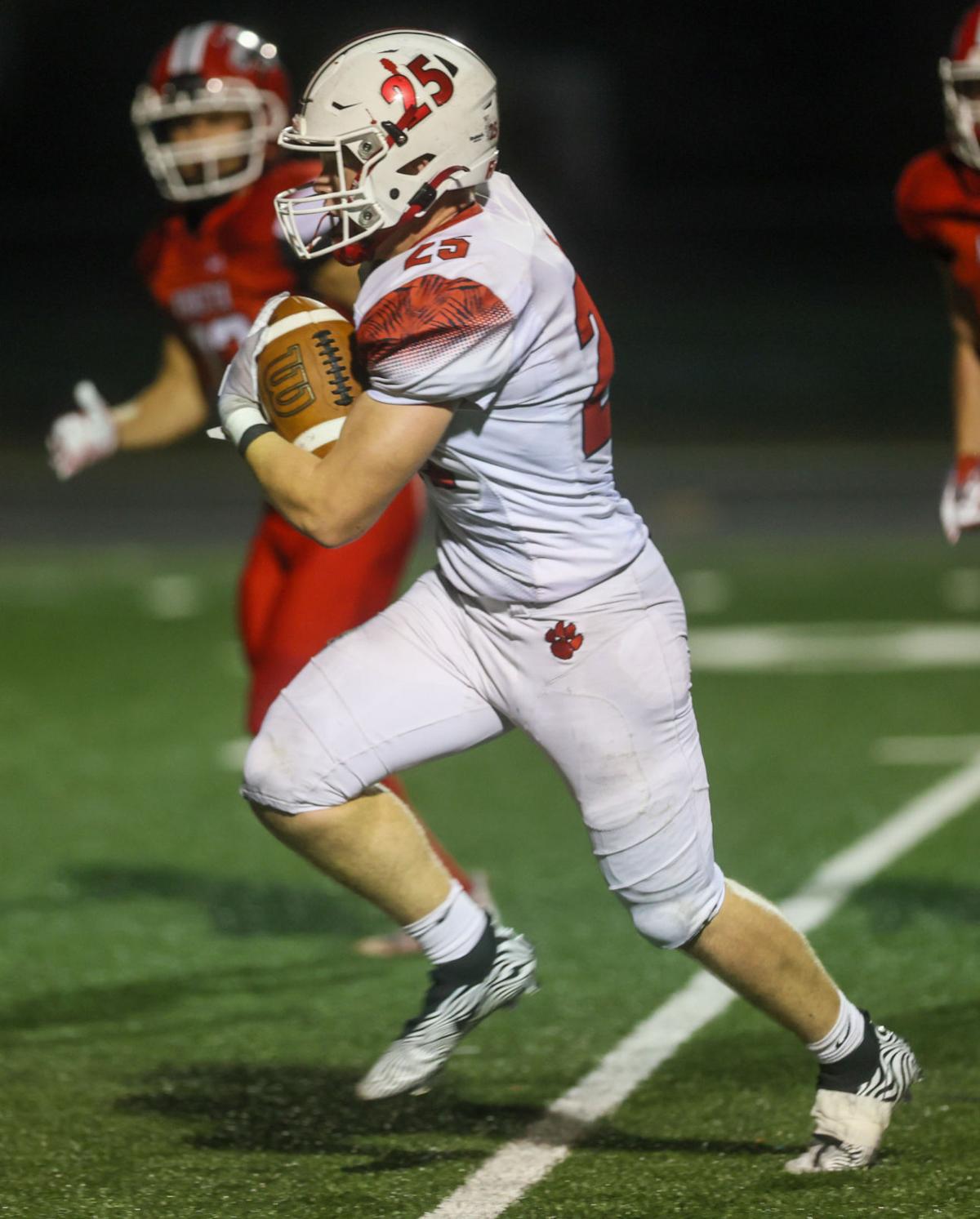 Kankakee Valley's Jack Lamka runs for one of his touchdowns against Munster on Friday.

MUNSTER — Kankakee Valley's Jack Lamka had a big night Friday against Munster, but coach James Broyles was still left wondering, "What if?"

Penalties negated some big runs by Lamka, but the senior still rushed 25 times for 192 yards and three touchdowns in the Kougars' 35-21 victory.

Lamka's carries included bursts of 50, 46, and 23 yards, the last of which came on his first score of the night.

"He would've had over 300 yards if you take away some of the penalties we had," Broyles said.

How were the Kougars (3-2, 1-0 Northwest Crossroads) able to rise above their mistakes?

"In those instances you can get mad at each other but we didn't and we had each others' back," Lamka said. "Our center Chase (Armstrong) would call us back to the huddle and tell us to clear our heads."

Lamka also gave the credit to the people around him for the game-changing performance.

"I'm not gonna take too much of the credit because coach (Ryan) Armstrong called a lot of plays that tricked the defense and the O-line is fast and hard-working and without them, none of this would've happened," Lamka said.

Lamka was the second-string running back coming into the season and when junior Logan Parks was sidelined with an injury, he was ready for the call.

"We gave Jack the opportunity since Logan went down and he has rushed for over 100 yards since taking over," Broyles said. "Jack is really taking it and running with it and is one of the hardest workers on the team."

Lamka also plays defensive end on a defense that allowed just 183 yards of total offense in the win.

"He's our speed end and wreaks havoc of opposing offenses," Broyles said. "We all just love watching him on the field."

Lamka has only played organized football for a little over just three years and has lofty goals for his last hurrah.

"I always wanted to be the big guy on the field and make plays," he said. "I wanna make sure that if I got my shot that I'd make the most of it because I wanna go out a winner."

Merrillville pulled away from Michigan City and Valparariso held off Chesterton to remain perfect through five games.

Kenneth Grant would be on the field for every play if the choice was up to the Merrillville senior.

Merrillville and Michigan City meet in a DAC matchup.

Chesterton and Valparaiso meet in a DAC matchup.

Trey Gibson still considers himself an underdog. He can’t help it.

Hobart and Lowell meet in a Northwest Crossroads matchup.

Sometimes it's better to be lucky than good.

Kankakee Valley and Munster meet in a Northwest Crossroads matchup.

Running is a family affair for Illiana Christian's Olthof cousins

Illiana Christian coaches should probably be looking for a few more Olthofs.

Kankakee Valley's Jack Lamka runs for one of his touchdowns against Munster on Friday.