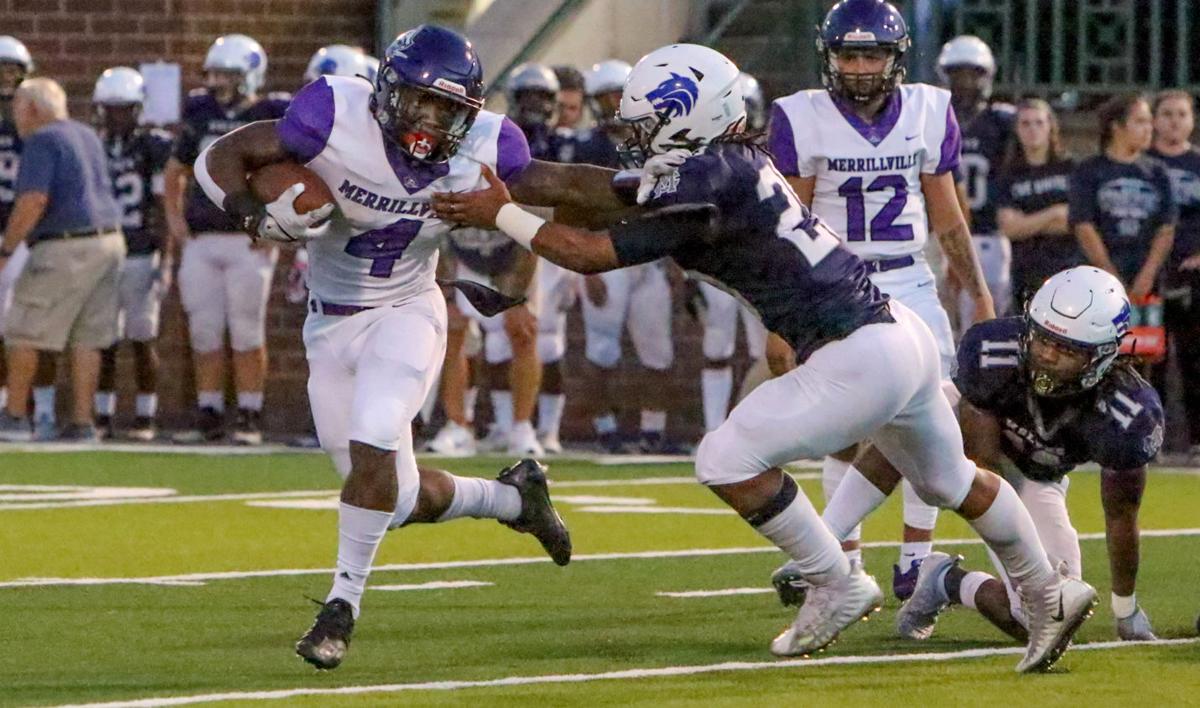 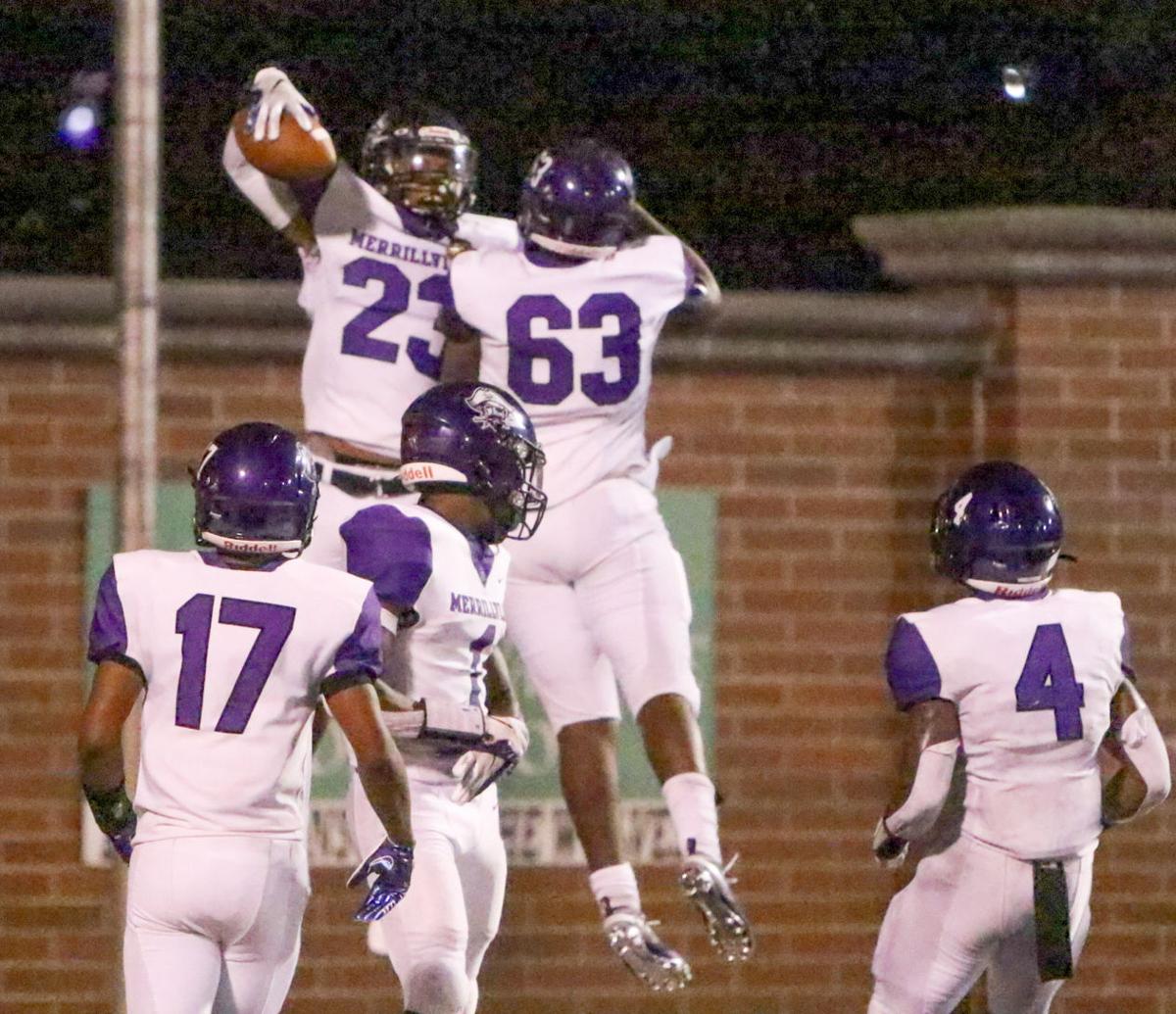 MICHIGAN CITY — Kenneth Grant would be on the field for every play if the choice was up to the Merrillville senior.

With his coaches choosing to use Grant sparingly throughout Friday night’s muggy road game at Michigan City, the 6-foot-4, 345-pound lineman made sure he made an impact when he was on the field.

Grant had two key sacks and sprung a few big runs with strong blocking as the Pirates rolled to a 40-14 victory over the Wolves. Grant helped Merrillville churn up nearly 200 yards on the ground against a strong Michigan City front and he spearheaded a defensive shutout in the second half after the Wolves took an early lead.

Merrillville coach Brad Seiss knew that Friday’s game would be played in adverse conditions; partially due to hot weather and partially due to a Michigan City attack that was lifted by the return of Omarion Hatch. With that in mind, Seiss made sure his players were ready for the Wolves.

“We worked on conditioning a lot in practice this week,” Seiss said. “We did so because we knew we had to be ready to play four quarters of football. We’ve been trying to protect our guys and using them sparingly. We amped up the conditioning and the guys responded.”

The Pirates (5-0, 3-0) jumped out to a 13-0 lead in the first quarter, only to see Michigan City come roaring back with a pair of touchdowns in the second quarter, the second of which came off a 76-yard strike from Tyler Bush to Trey Simmons. Simmons got behind his defender and was off to the races, giving the Wolves a 14-13 lead.

Merrillville didn’t wait long to pounce as the Pirates were gifted excellent field position after a Michigan City personal foul on the ensuing kickoff. Angel Nelson then hit Justin Marshall over the middle for a 45-yard touchdown on the first play of the drive and the Pirates were back on top for good.

“I knew I had to make a play for my team,” Marshall said. “My guys were counting on me to deliver. I had to make sure that I didn’t get caught. With every play, I’m just trying to get to the end zone.”

Lavarion Logan scored two of his three touchdowns in the second half and the senior running back finished with 142 rushing yards and 38 receiving yards. Marshall finished with 126 all-purpose yards, including 106 yards through the air while Phillip Roche and Fredrick Retic each came up with interceptions for the Pirates.

“We were ready to go tonight,” Seiss said. “You could tell as the game went on that we were the aggressors.”

Bush threw for 233 yards in his second career start for the Wolves (2-3, 0-3) while Hatch played in his first game of the year and had three catches for 46 yards and another 18 yards on the ground.