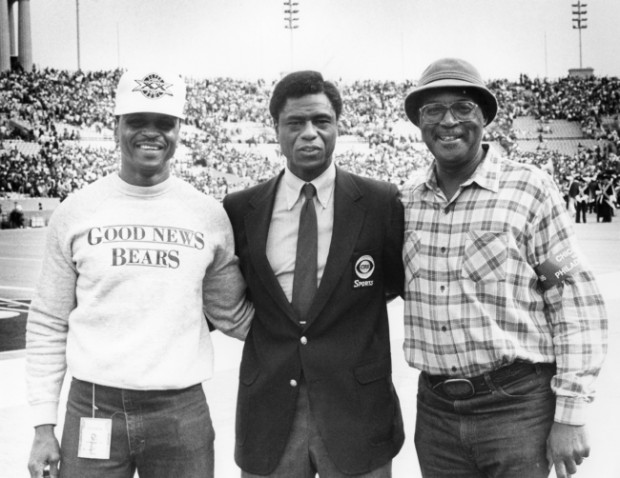 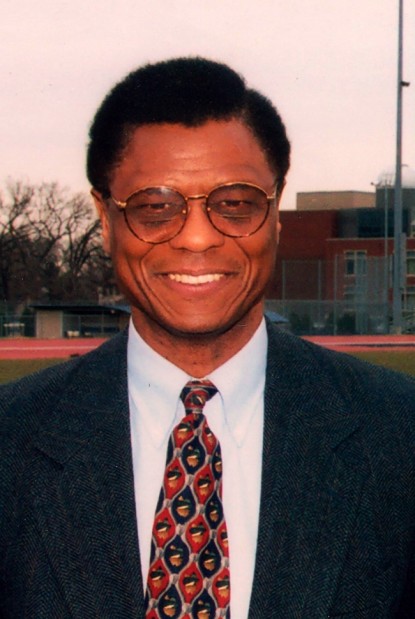 Ray Cross can remember seeing his brother Irv talking into a tape recorder as a teenager and wondering what his sibling was doing in their East Hammond home.

"I asked my dad and he said, 'Just leave him alone,'" Ray Cross said. "I still don't know how he got that recorder -- someone must have given it to him. He stood in front of a mirror like he was on TV or something with his body language."

So Ray asked his older brother and got an answer.

"Duff (Ray's nickname), I'm preparing for my future," Irv told Ray. "You never know what kind of job I'll have in the future."

Irv's practice paid off. Following a 10-year NFL career, the Hammond High and Northwestern grad began broadcasting for CBS Sports. His work included a 15-year stint as a co-host on the network's "NFL Today" program.

On Friday, Cross will be honored as the 2009 recipient of the Pete Rozelle Radio-Television Award at a dinner in Canton, Ohio. He is the first African-American to receive the award.

Cross' achievement is part of the NFL's enshrinement weekend at the Pro Football Hall of Fame. The induction ceremony for players is Saturday.

"I couldn't be happier for Irv," said Bernie Krueger, Cross' former football coach at Hammond. "He was a tremendous football player for me. I used him as right halfback and he was good, but he was even a better defensive player.

"He proved that in the NFL."

A shock and honor

Cross, who was The Times Athlete of the Year in 1957, starred in football, basketball, and track & field at Hammond, then was an All-Big Ten football player for Ara Parseghian at Northwestern. He was the seventh-round pick of the Philadelphia Eagles in the 1961 NFL Draft and played for both the Eagles and Los Angeles Rams.

Cross said it was a shock when he got the call from Joe Horrigan of the Pro Football Hall of Fame.

"I knew Joe from when I was announcing, and when he said 'dinner,' I thought he meant just getting together for dinner," Irv Cross said. "I was stunned when he told me I won the award.

"I thought of the great company I was in. Jack Buck, Pat Summerall, Lindsey Nelson, Curt Gowdy -- those are the greats of broadcasting. I am just fortunate to be in their company.

"Once they put that plaque of you on that wall, it will be there forever, even when I am long gone. That is what gets you."

Cross said he got his start in sportscasting while still in the NFL. WIBG sports director Bill Emerson asked him to do drive-time sports on the rock-'n'-roll station.

"I had the hottest jocks on both sides of my sports shows, and that opened the door for me to go to KYW (Channel 3) and do TV," Cross said. "They were an NBC station and sports was the last thing on, so I was a lead-in to Johnny Carson and that was a big plus for me."

Cross worked with Brent Musburger and Phyllis George on "NFL Today," which was the first network pregame show to go completely live.

"That was the key -- live. You were looking live at everything," Cross said. "NBC, they had taped segments, but we went live and it was tough with several games' halftimes coming within 30 seconds of each other. You had all these monitors.

"I definitely can say we set the standard for pregame shows."

'Irv is the greatest'

Also unique about the show was that Cross was the first African-American to co-anchor a network sports show, and George, a former Miss America, was one the first females to do the same.

George said she has kept in contact with Cross through the years. She remembers him not only as a professional, but as a friend.

"Irv is the greatest," George said. "He is just a class person. Not only was he a great football player, he was a great on-air person.

"He was also just a great guy. Irv made me feel real comfortable."

Cross still does some TV on Minnesota Vikings preseason games as he and his wife, Liz, reside in the Twin Cities. He is the executive director of the Big Brothers, Big Sisters of Central Minnesota. Cross is very much hands-on as he is a Big Brother himself -- and at age 70, he loves it.

"It makes you feel younger," Cross said. "My little brother is 10 and he runs me all over the place. You're a buddy and you make a big impact on their lives by just listening to them. They just need somebody to spend some time with.

"We could solve a lot of problems in this country if we mentor young kids. All you have to do is give one hour a week."

WHERE ARE THEY NOW? | IRV CROSS

Cross is the 2009 recipient -- and the first African-American -- of the Pete Rozelle Radio-Television Award and will be honored Friday at the Pro Football Hall of Fame induction dinner in Canton, Ohio.

Cross is the executive director of the Big Brothers Big Sisters of Central Minnesota and does commentary for Vikings preseason games on local TV.

He was elected to the Hammond Sports Hall of Fame in 1987.

Cross spent 23 years with CBS Sports, as a studio host and game analyst.

He was on the NFL Today from its inception in 1975 to 1989. He was the first African-American to anchor a network sports show. He anchored with Brent Musburger, Phyllis George and Jimmy "The Greek" Snyder. Jayne Kennedy later replaced George.

Cross was special assistant to the president of Macalaster (Minn.) College for development and was also director of athletics until May of 2006.

He was athletic director at Idaho State University from 1996-1998.

The Hammond High graduate played football for Bernie Krueger and was The Times 1957 Male Athlete of the Year.

At Northwestern, he played for football Ara Parseghian, and was captain of the 1960 team as well as an All-Big Ten pick.

He was a seventh-round pick of the Philadelphia Eagles in 1961. He was also drafted by the New York Titans of the AFL and the Toronto Argonauts of the CFL.

He played 10 seasons with the Eagles and the Los Angeles Rams, making the Pro Bowl twice.

He and his wife Liz live in the Twin Cities. Cross has two daughters -- Susan and Lisa, who live in Philadelphia. He and Liz have a son, Matt, and a daughter, Sarah.

* The Pete Rozelle Radio-Television Award is given annually by the Pro Football Hall of Fame and recognizes longtime exceptional contributions to radio and television in professional football.

Have a Where Now idea?