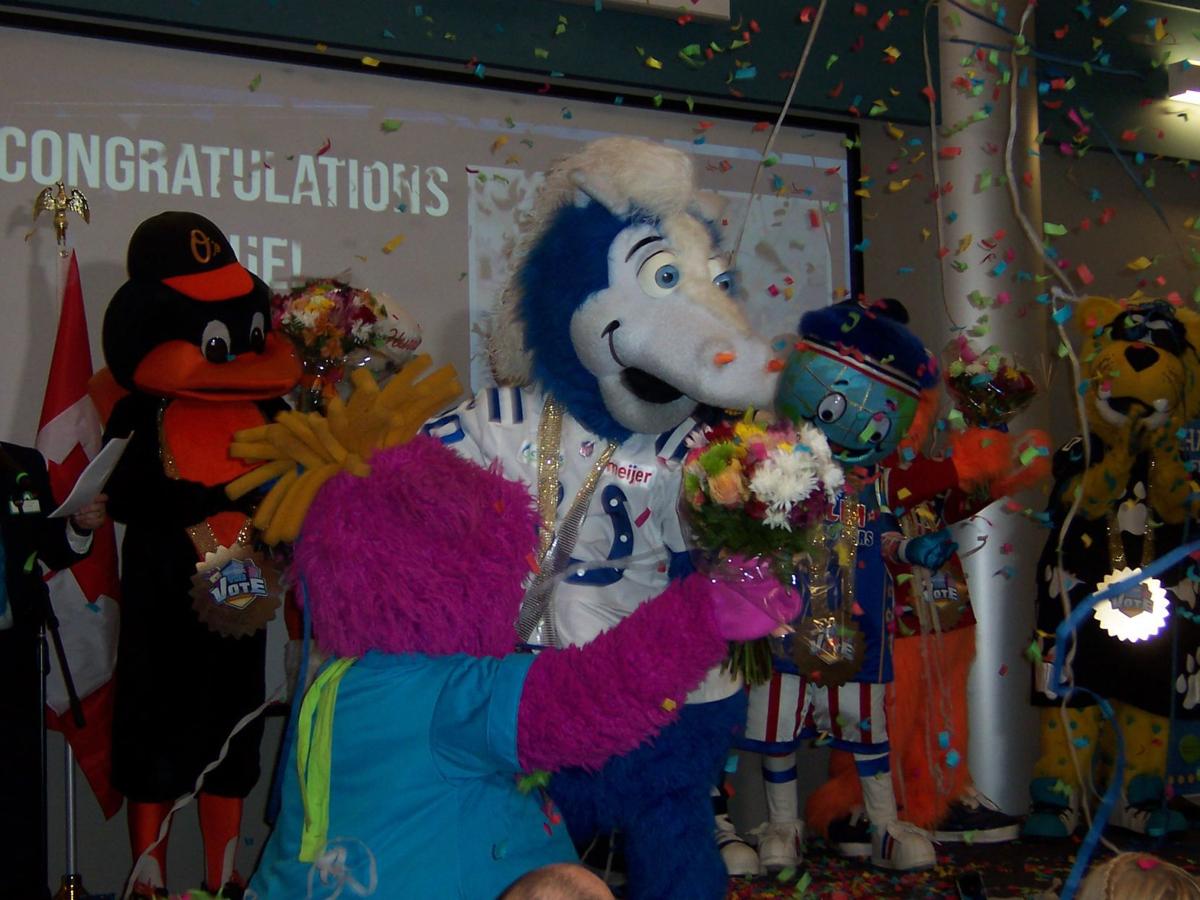 Colts mascot Blue celebrates with confetti after being announced as a Mascot Hall of Fame inductee on Dec. 12 2019. A virtual ceremony took place Sunday. 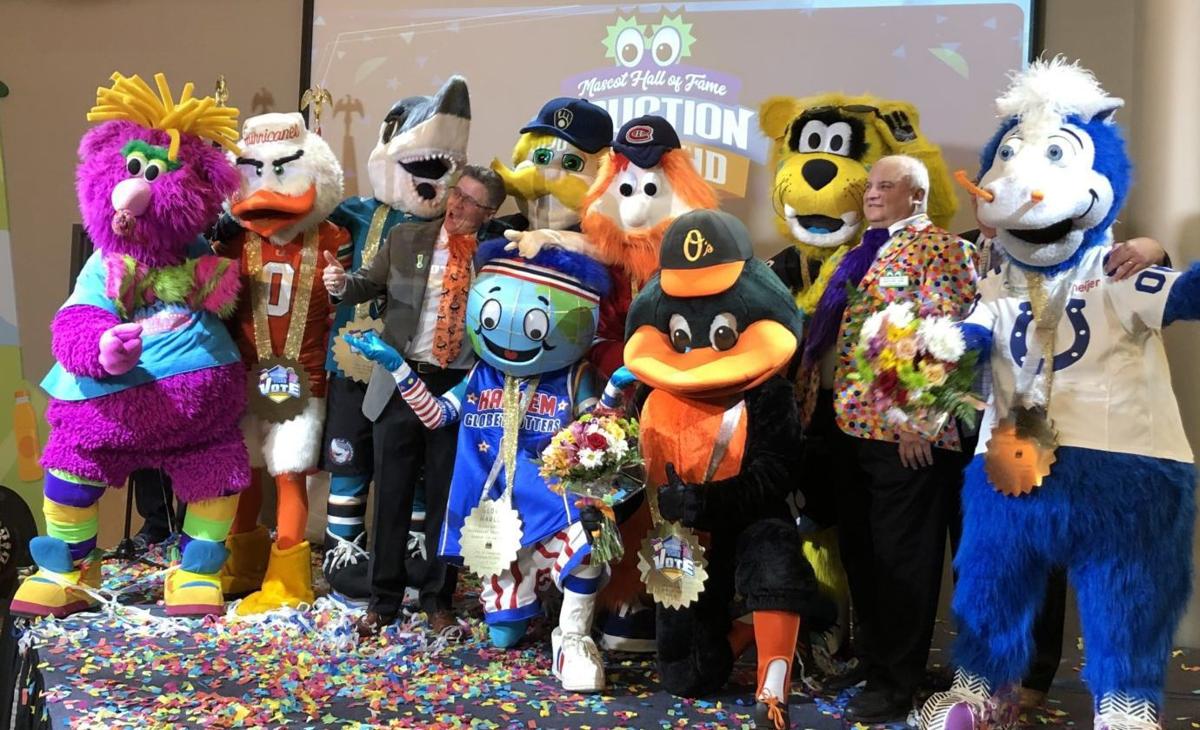 Mascot Hall of Fame 2020 inductees include the Pacers mascot Boomer, the Oriole Bird from Baltimore, the Montreal Canadiens’ Youppi and the Colts’ Blue.

Whiting got a little more furry and fun Sunday with four inductions into the Mascot Hall of Fame.

Pacers mascot Boomer, the Colts’ Blue, Montreal Canadiens’ Youppi and the Oriole Bird from Baltimore became the 21st through the 24th inductees of the brightly-colored halls in a virtual ceremony, which aired online. Each was given a giant ring and encouraged to wear it by the Mascot Hall of Fame’s official spokescharacter and self-proclaimed “purple party dude” Reggy.

The event became a virtual ceremony due to the COVID-19 pandemic.

Replicas of the rings will be on display in Whiting.

Hall of famers from around the country also participated, including the Phillie Phanatic, Aubie from Auburn University, the Coyote from the San Antonio Spurs, Slider from the Cleveland Indians, KC Wolf from the Kansas City Chiefs, Smokey from the University of Tennessee, the Utah Jazz Bear, Tommy Hawk from the Blackhawks, the Kansas City Royals’ Slugger, Mr. Met from New York and Denver Nuggets’ mascot Rocky.

Each new member was congratulated by a special guest.

Gov. Eric Holcomb, donning Colts linebacker Darius Leonard’s No. 53 jersey, unfolded a picture of he and Blue he said he keeps in his wallet.

“You earned it. You’re a winner on and off the field and I can’t wait to see those horseshoes kicking around soon,” Holcomb said.

Youppi is the first Mascot to represent two different sports leagues. He was the mascot for the Montreal Expos of MLB from 1979 until the franchise moved to Washington D.C. after the 2004 season. Youppi was adopted by the NHL’s Canadiens in 2005.

“Wow, this is long overdue, pal,” former Canadiens left wing and current assistant coach Kirk Muller said. “I hope one of these days we see you again at one of those Expos games in Montreal.”

“Your influence reaches far past Pacers games at Banker’s Life Fieldhouse,” Fuson said. “Boomer, thank you for all that you do.”

The Mascot Hall of Fame has been closed since March with plans to open again later this summer.

A replay of the Mascot Hall of Fame induction ceremony can be seen at mascothalloffame.com/2020-virtual-induction-ceremony/ and the hall’s Facebook page.

Dana Evans won’t be returning to Gary to face Valpo

“Louisville did a great job trying to pursue and make this work,” Jones II said. “We know that everyone is going to be sad about it.

Lake Central relies on underclassmen with varsity quarantined for postseason

Trying to find the right words to say to a senior athlete in the moments after a career-ending loss is a difficult challenge for every coach.

Colts mascot Blue celebrates with confetti after being announced as a Mascot Hall of Fame inductee on Dec. 12 2019. A virtual ceremony took place Sunday.

Mascot Hall of Fame 2020 inductees include the Pacers mascot Boomer, the Oriole Bird from Baltimore, the Montreal Canadiens’ Youppi and the Colts’ Blue.