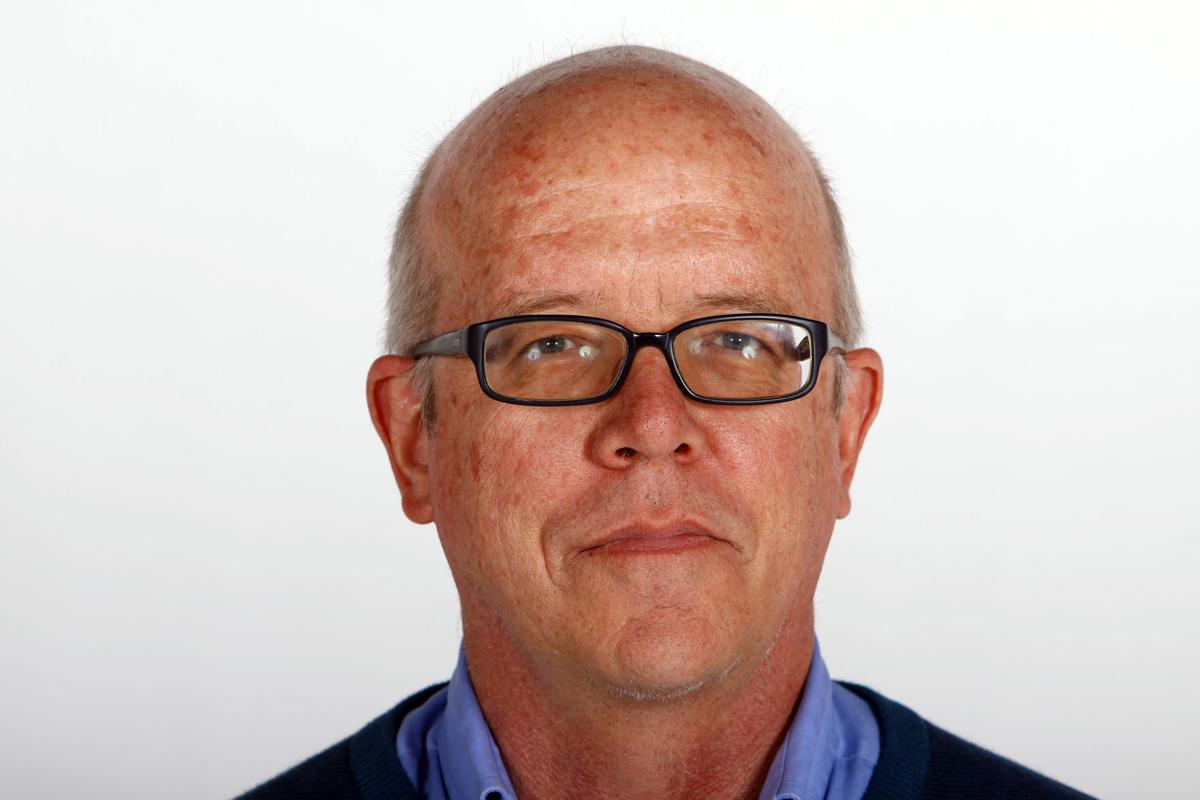 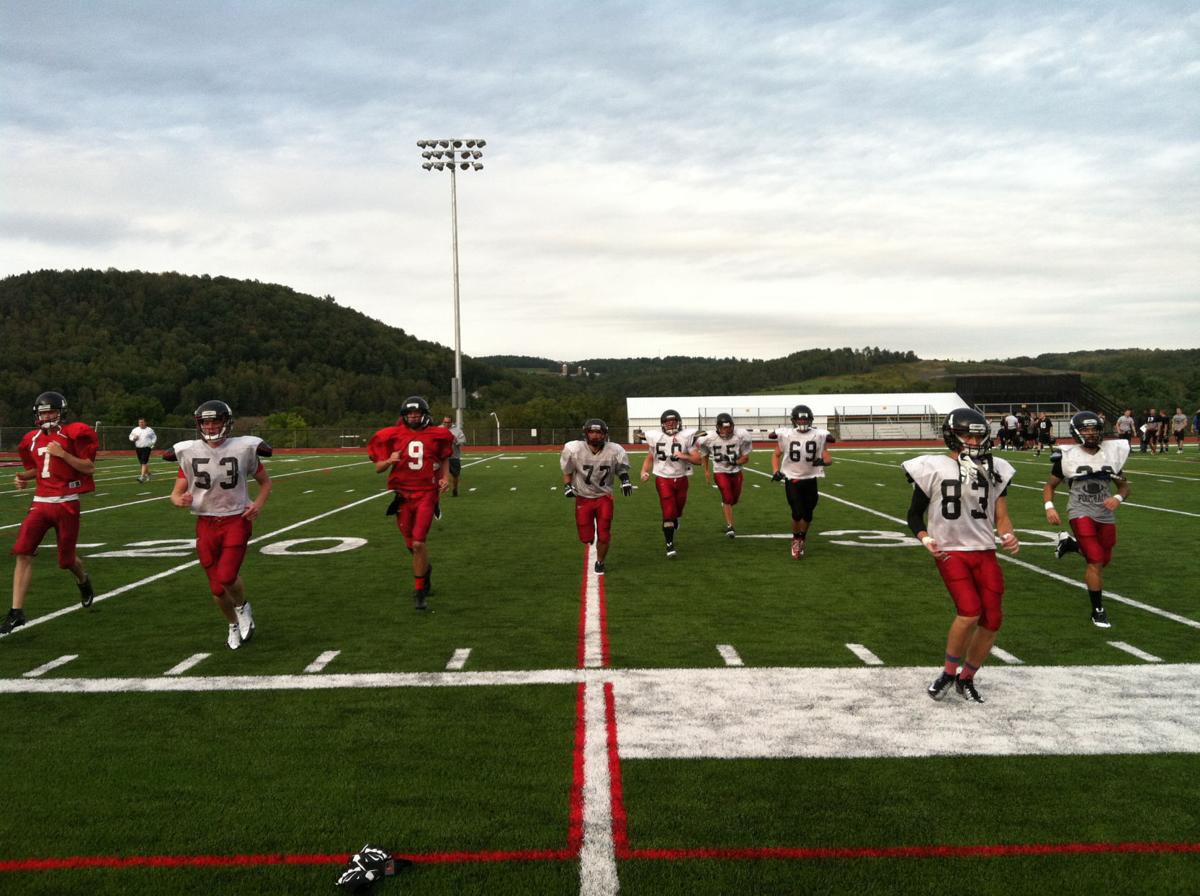 In this Sept. 9, 2013 photo, the Mansfield University sprint football team practices in Mansfield, Pa. Calumet College plans to start a sprint football program for players weighing 178 pounds or less in the fall of 2022. 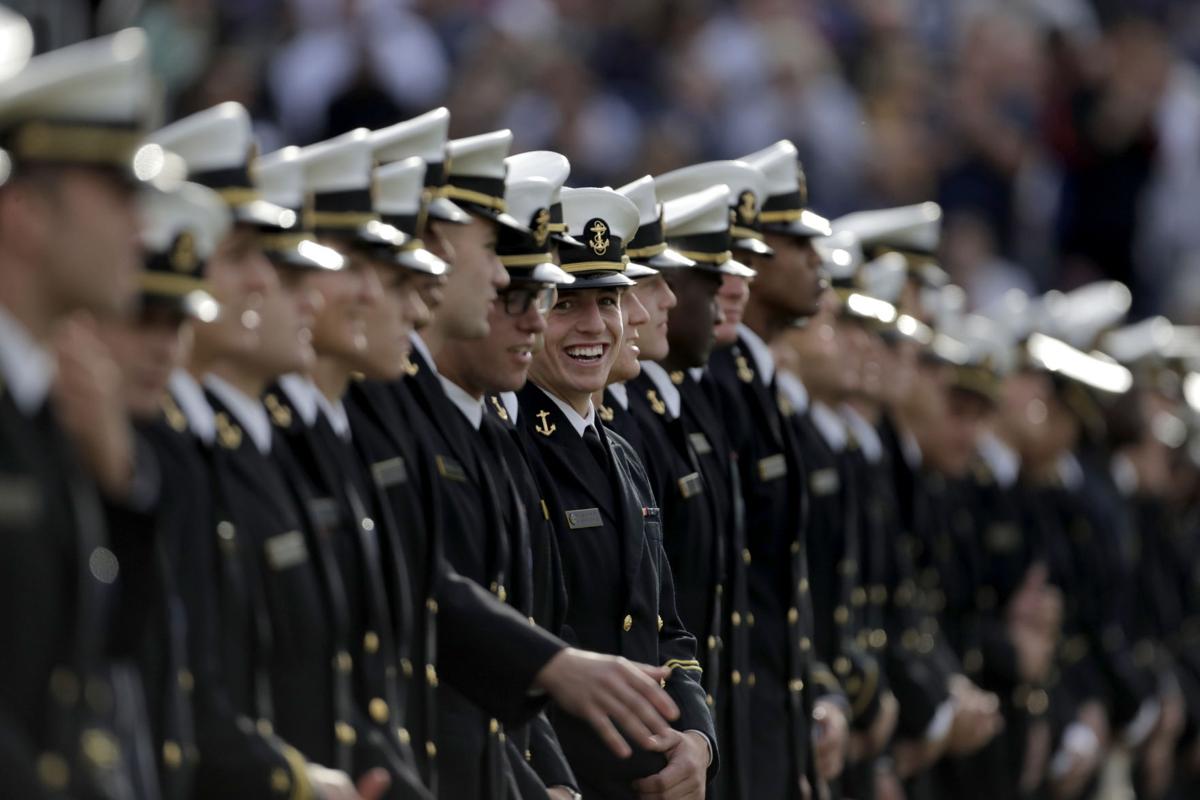 If you think the idea of Calumet College playing Army or Navy in a football bowl game is something in the realm of fantasy sports, think again.

The idea moved one step closer to reality last week with Cal College joining five other private schools in Illinois, Indiana, Kentucky and Missouri to form the Midwest Sprint Football League, which will begin play in the fall of 2022.

What is sprint football? It's exactly like its bigger sibling with one exception: all players must weigh 178 pounds or less.

Sprint football has been around for years, and was popular at the high school level decades ago in the Chicago Public League and Chicago Catholic League when it was known as lightweight football.

It's currently played at the college level on the East Coast, where the Collegiate Sprint Football League (CSFL) has nine members, including Army, Navy and Ivy League schools Cornell and Penn.

So why Cal College? According to athletic director Mike Avery, the initial discussions were at the presidential level. President Nancy Blattner of Fontbonne University (Mo.) saw sprint football's potential firsthand when she was president of CSFL member Caldwell (N.J.).

Cal College's Amy McCormack was one of the presidents Blattner reached out to who were receptive to the idea of forming a Midwest sprint football league. The other founding members are Bellarmine (Ky.), Midway (Ky.), Quincy (Ill.) and St. Mary-of-the-Woods (Ind.).

Though Cal College has focused on serving commuter students for much of its history, the Whiting school is building dorms. That will allow the expansion of the college's sports menu with the option for student-athletes to live on campus.

The sport will have scholarships, according to athletic director Mike Avery. But it's also likely to attract athletes who want to want to keep playing the game and are willing to pay at least part of their expenses to do so.

"It's no secret that small colleges — we certainly are enrollment-driven," Avery said. "And athletics is a strategy to drive enrollment."

Now that word is out, Avery is attacking the logistical issues of starting a football program from scratch. First up is hiring a coach, which he hopes to do in the next month or so.

Then there's the issue of where to play. With Clark High School closing as part of the Hammond public schools' consolidation, taking over the Pioneers' athletic complex on Calumet Avenue in Robertsdale "would have been a dream scenario," Avery said, noting the existence of a bike path from the Cal College campus to the Clark facility.

But with the Clark sports complex apparently destined to disappear with the land being used for other purposes, Avery will have to look elsewhere. It's nothing new for the landlocked school, most of whose current sports compete off-campus.

"We have a year to solve the problem, but we are working on it right away," Avery said.

Recruiting isn't likely to be a problem, given the Region's passion for prep football and the steady supply of players who want to continue their careers at the next level. Sprint football at Cal College will offer a viable option for those who might be a bit too small to catch the attention of other college coaches.

The goal is to make this as popular and successful as it is on the East Coast. Avery, who was the last men's soccer coach at Valparaiso University before the program was dropped, tells a story of interviewing for a coaching job at Cornell. He noticed a second football facility next to the main one. "That's the sprint football stadium," he was told. "I'd never heard of it before."

But it's one of Cornell's most financially viable sports, he learned. He sees no reason why that success can't be replicated here.

And that matchup with Army or Navy? "The plan is to have a bowl game" matching the winners of the East Coast and Midwest leagues, Avery said.

So who knows? Maybe someday the Crimson Wave could wind up squaring off on the gridiron against Army's Black Knights or Navy's Midshipmen.

What was the craziest story in sports yesterday?

Will we see Max Scherzer traded?

Will we see Max Scherzer traded?

How may players on the Cubs will be traded before the deadline?

How may players on the Cubs will be traded before the deadline?

Simone Biles says she withdrew from final to protect team, self; plus more from Tokyo

Simone Biles says she withdrew from the Olympics gymnastics team final because she wasn't in the right headspace to compete. Here's the latest.

With Simone Biles out, Russians win gymnastics gold over US

The Russian Olympic Committee has won the gold medal in women’s gymnastics after U.S. star Simone Biles exited with a medical issue.

Highland teammates to take one last ride in Alabama

“It really hit me that he's not going to the same school as me. For the first time, we’re not playing on the same team. It’s hitting hard right now.”

“I realized early in the year how fast all of this was going,” Pepkowski said. “It started hitting me how real it was.

Javier Báez’s walk-off single in the ninth inning of Monday’s 6-5 win over the Cincinnati Reds was one of the wildest moments yet in this roller coaster season, thanks to lingering hostilities with Reds reliever Amir Garrett.

On July 17, New York Jets passing game specialist Gregg Knapp, 58, was riding his bike near his home in Danville, California, when he was struck by a car in a busy intersection.

The Chicago Bears reported to training camp at Halas Hall on Tuesday, and general manager Ryan Pace and coach Matt Nagy addressed the media with an in-person press conference. Here are the highlights.

Simone Biles finds peace of mind at Olympics: An analysis, plus more from Tokyo

Maybe gymnast Simone Biles' decision to opt out of the Olympic team and all-around events isn't so stunning after all. Here's an AP analysis, plus more from Tokyo.

In this Sept. 9, 2013 photo, the Mansfield University sprint football team practices in Mansfield, Pa. Calumet College plans to start a sprint football program for players weighing 178 pounds or less in the fall of 2022.