Subscribe
Read Today's E-Edition
Share This
MIKE CLARK: The people whose lives Al Lodl touched come together to honor his legacy
0 Comments
Share this
Presented By 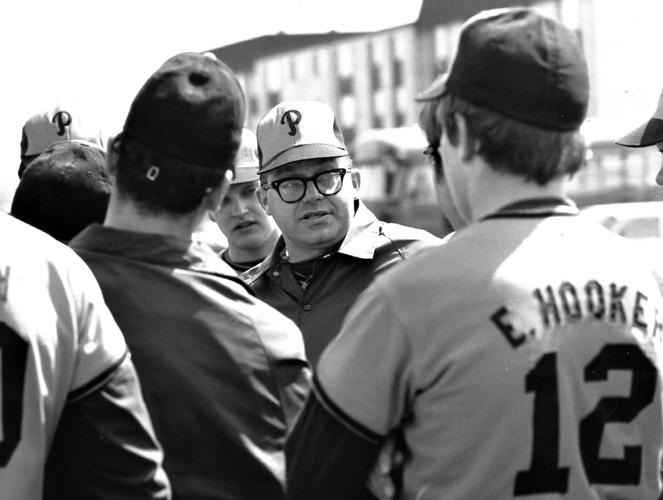 In this file photo from the 1970s, longtime St. Francis de Sales baseball coach Al Lodl, center, talks with his players. A tribute game for Lodl, who died last year, is scheduled for Saturday at Oil City Stadium in Whiting. 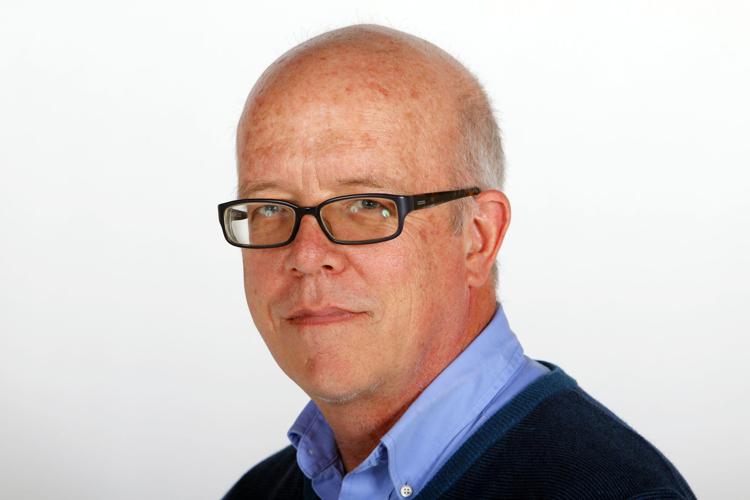 It's funny, the things that stick in your memory sometimes.

I can't think of Al Lodl, the longtime baseball coach at St. Francis de Sales on the East Side, without remembering his answering machine message from decades ago.

"You've reached Albert P.'s penthouse," it began. After the usual request to leave a message would be what former Pioneer Michael Curatolo called an "Al-ism," something like: "Always remember — wherever you go, there you are."

Truth is, everything about Al was unforgettable.

After one year at the old Mendel Catholic, he got a job at de Sales as a biology teacher. Al stayed there for 40 years, 34 of them as head baseball coach with stints as a football coach at various levels and even a three-year run as soccer coach mixed in.

He retired from teaching and coaching in 2002 and died at the age of 80 on March 18, 2020. That was, of course, right when the pandemic was taking hold and putting a halt to large public gatherings.

And there's no doubt Al's wake and funeral would be been a huge get-together, with generations of his students and players coming together to pay tribute to this larger-than-life guy.

Finally, that gathering is happening on Saturday with an all-day celebration of Al's life, organized by his former baseball players.

It starts at the school, at 10155 S. Ewing Ave., with a social from 11 a.m. to 1 p.m. There will be a complimentary continental breakfast, and alums and their families will be free to roam their alma mater, including Al's classroom.

Then the action shifts to Oil City Stadium in Whiting, where gates will open at 1:30 p.m. for the Al Lodl Tribute Baseball Game between de Sales alums and the Illinois Select All-Stars. The latter is an adult team, some of whose players Lodl coached against at neighborhood public school rival Washington and various Catholic League teams.

Pregame introductions are set for 2:30 p.m., with Al's son and daughter, Vince and Michele, throwing out ceremonial first pitches. The game starts at 3, followed by a postgame celebration at de Sales from 7-9 p.m.

Capping everything off is what Curatolo calls the "post-postgame" at R Bar and Grill, 9521 Indianapolis Blvd. in Highland. R Bar owner Steve Ruzich donated money for uniforms for the game.

The proceeds from the day will go back to de Sales, which against all odds is still around.

There were 1,300 students in the building early in Lodl's career. Then, the steel mills were going strong on the Southeast Side, providing stable, good-paying jobs that allowed families in the East Side, South Deering, South Chicago, Vets Park and surrounding neighborhoods to afford tuition at de Sales and the local Catholic grammar schools.

According to the Illinois High School Association website, de Sales currently has 105 students. There is no longer a baseball team. But the money raised during Saturday's activities will be donated to the school in Al's name, and the hope is that the sports program can be expanded.

"He touched a lot of people who went through there," de Sales baseball alum and current Northwest Indiana Oilmen owner Don Popravak, who is helping with logistics for the tribute game, said of his old coach. "His love was baseball. This is a fitting tribute to honor Al's legacy."

And that's why so many people cared about Al, even now, nearly 20 years after he retired and more than a year after he died.

He may be gone, but the memories will live on.

Check back througout the evening for updates.

JJ Johnson completed 10 of 19 passes for 205 yards and a touchdown, and also had 10 carries for 98 yards and three scores.

Matt Koontz completed 11 of his 12 passes for 209 yards and three touchdowns. Koontz also had two rushes for two touchdowns in the first half.

Things are beginning to slow down for Jaylen Thomas.

Through six weeks of games, here's how the best players in the Region are stacking up statistically.

As regular season winds down, Andrean QB Billy Henry has found his groove

Senior Billy Henry has stepped in at quarterback after an early-season injury to returning starter Scott Ballentine.

Danny Sroka got together with some of his soccer buddies over the offseason.

Chesterton breaks its late-game curse in win over Lake Central

Chris Russo and his dad, Vincent, shared a common love of running.

Craig Rusin tallied two goals and an assist to help his team to a dominating 6-2 win over Valparaiso that secured a share of the Duneland Athletic Conference championship.

What is pickleball and why is it so popular?

What is pickleball and why is it so popular?

After years of prohibition, boxing gains popularity among women in Libya

After years of prohibition, boxing gains popularity among women in Libya

In this file photo from the 1970s, longtime St. Francis de Sales baseball coach Al Lodl, center, talks with his players. A tribute game for Lodl, who died last year, is scheduled for Saturday at Oil City Stadium in Whiting.