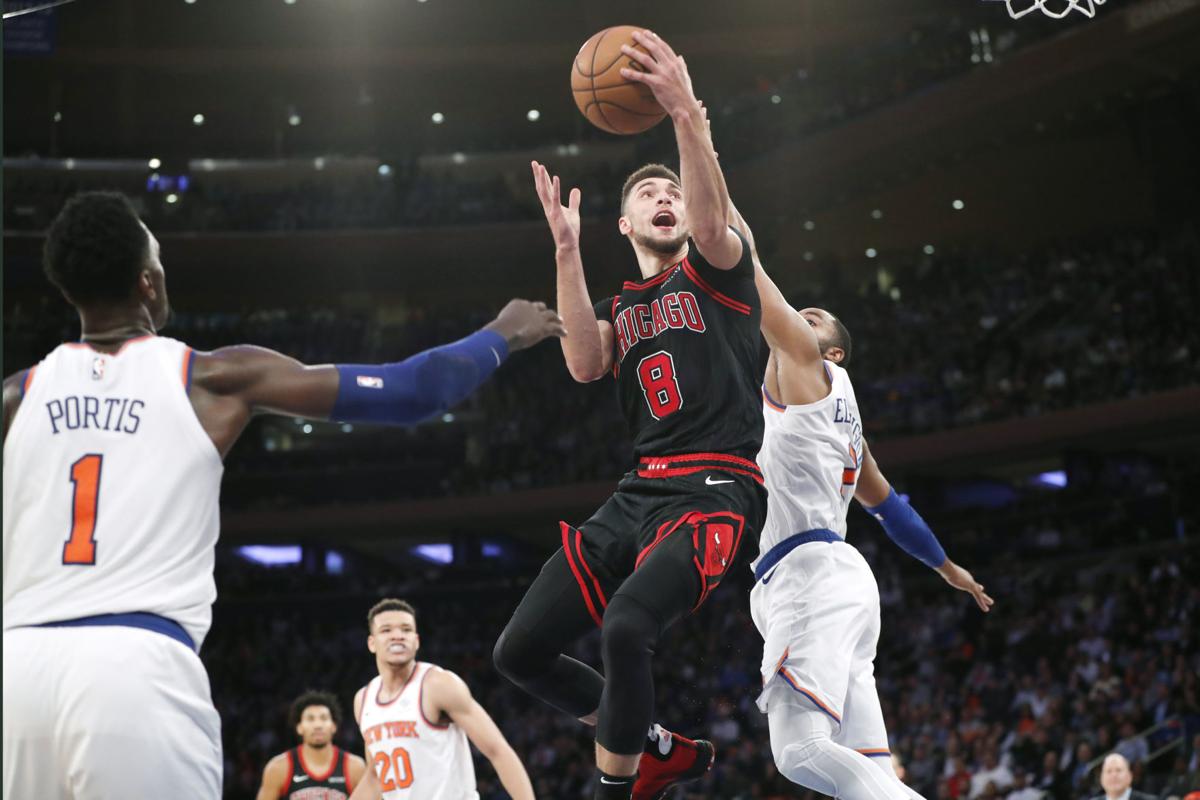 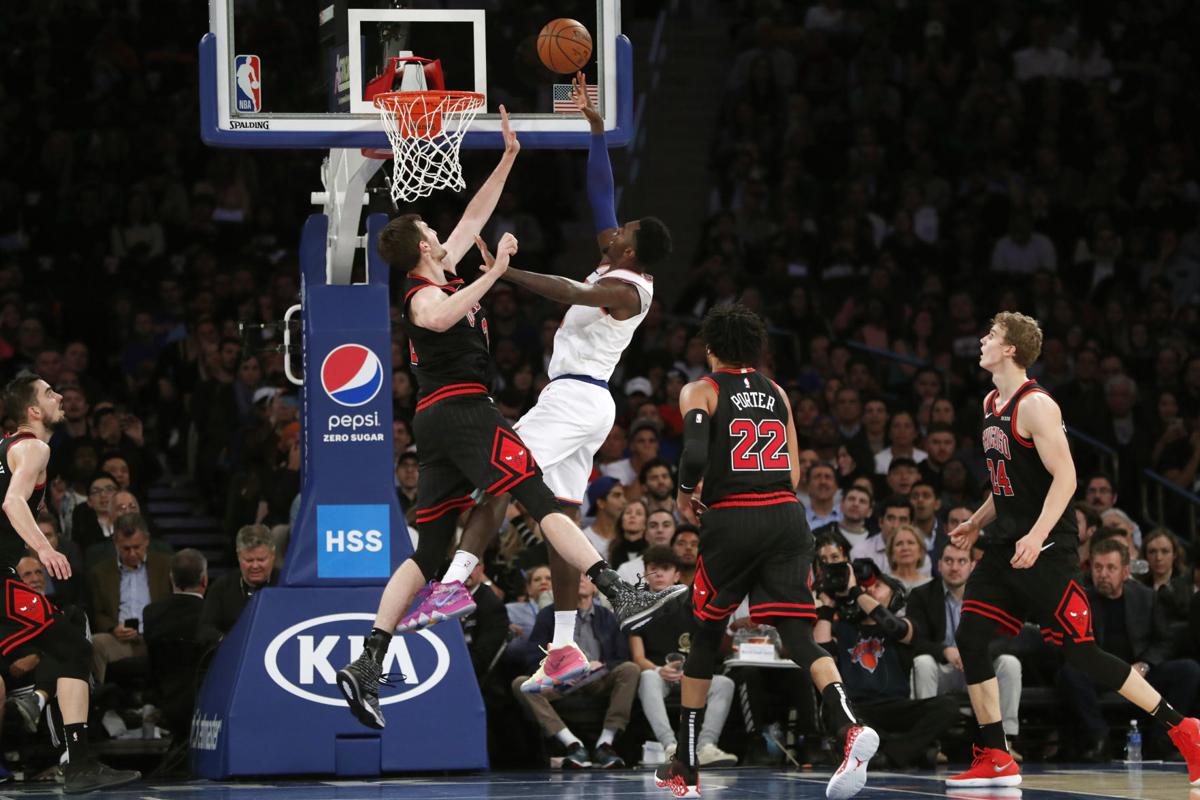 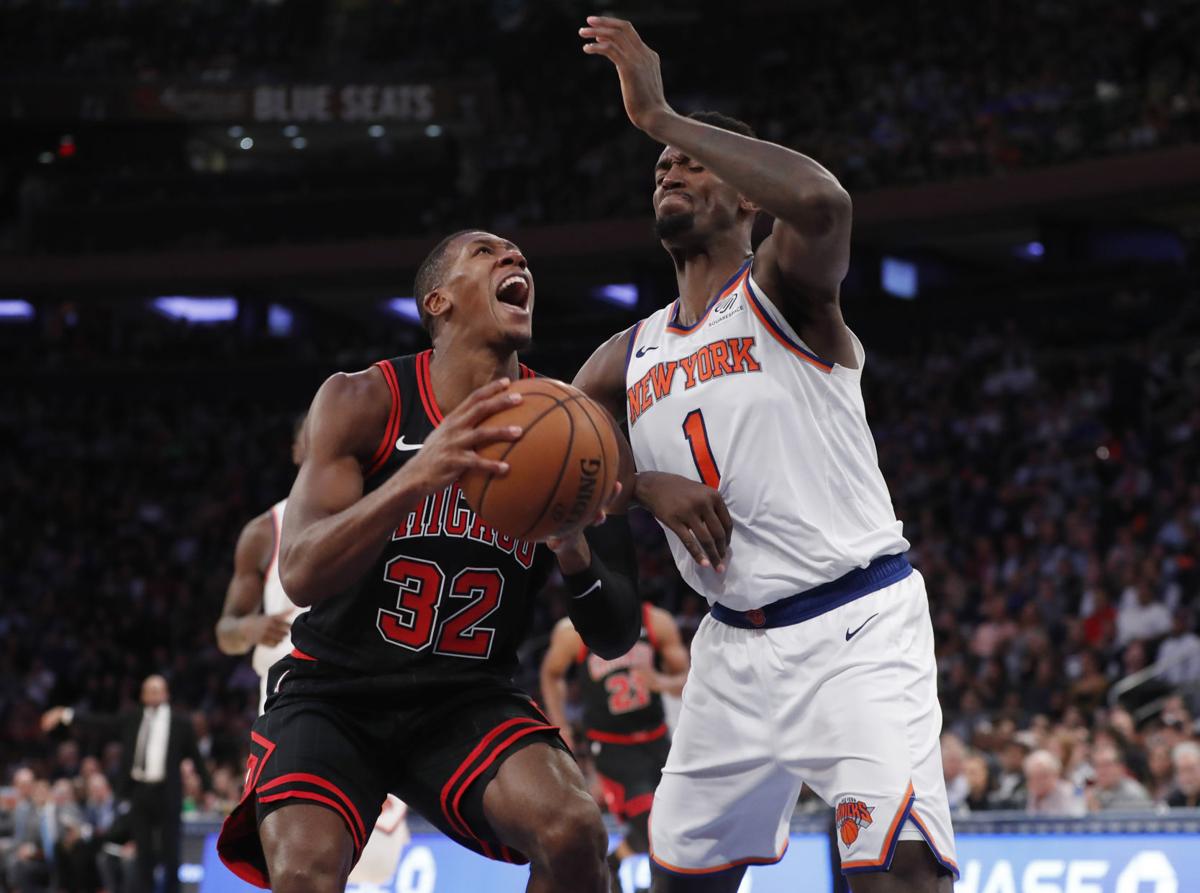 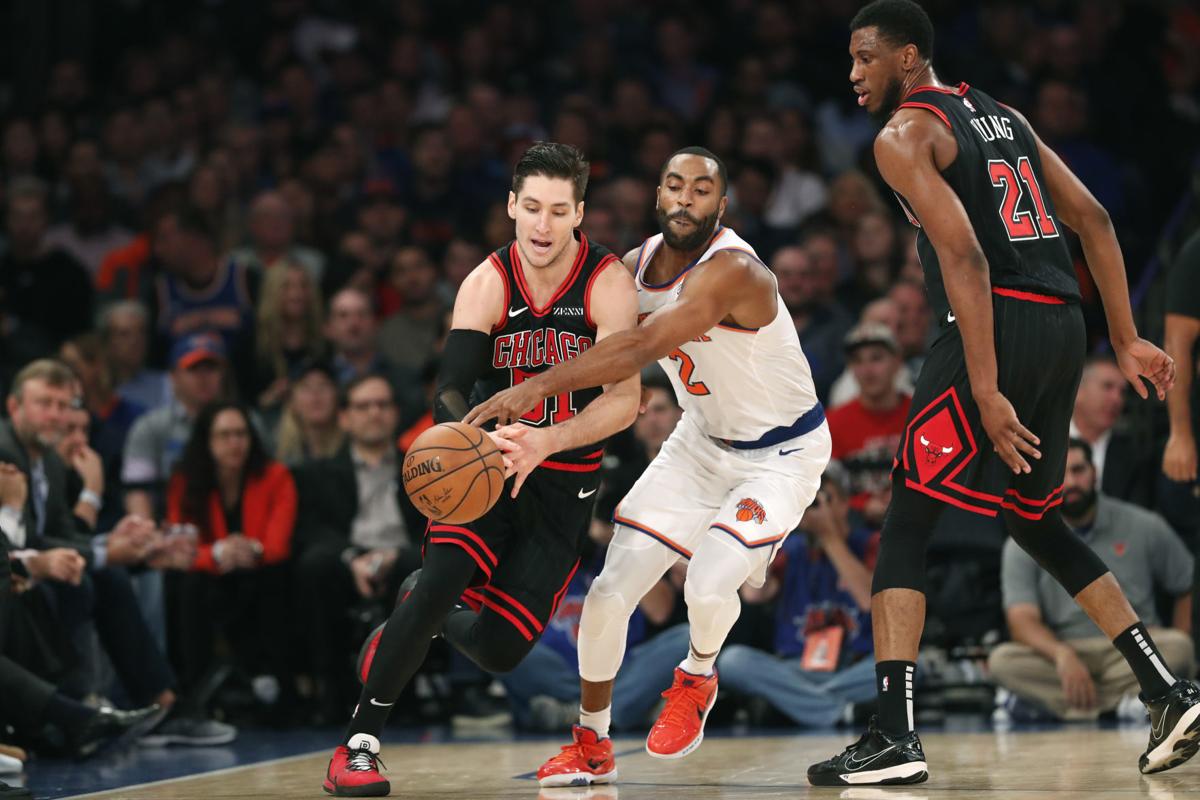 NEW YORK — Bobby Portis scored a season-high 28 points against his former team, including a go-ahead 3-pointer with 1:47 remaining, and the New York Knicks beat the Chicago Bulls 105-98 on Monday night for their first victory of the season.

Portis hadn't scored in double digits yet in his first season with the Knicks, but was superb in bringing New York back from an 18-point deficit. The reserve was 10 for 14, making all four 3-pointers, and grabbed 11 rebounds.

The Knicks needed all of it on a night when they fell behind with a dreadful start and stayed that way until the fourth quarter. They never even led until Portis' go-ahead 3, which he followed with another 3 that pushed it to 103-98 during a 15-0 run to finish the game.

Portis was a 2015 first-round pick of the Bulls. He spent 3½ seasons in Chicago before being traded last season to Washington. He signed with the Knicks over the summer.

Zach LaVine scored 21 points for the Bulls, who fell to 1-3. Wendell Carter Jr. had 20 points and 10 rebounds.

The Knicks missed 13 of their first 15 shots and quickly fell behind by double digits. The Bulls led 33-15 after one quarter and re-opened an 18-point cushion in the third quarter.

After Portis made a 3-pointer to tie it at 88 with 6:09 to go, Chicago pushed ahead again. LaVine and Lauri Markkanen made consecutive 3-pointers to cap a 10-2 burst that made it 98-90 with about 3½ minutes left, but the Knicks pitched a shutout from there.

Bulls: Chicago scored before any time had come off the clock in the third quarter. The Knicks' Marcus Morris was called for a technical foul as the first half ended, and LaVine made the technical free throw before the second half began. ... Markkanen scored 18 points.

Knicks: The Knicks were without Dennis Smith Jr., who is away from the team because of a death in his family. Coach David Fizdale said he didn't know when Smith would rejoin the team, saying it was the guard's choice. ... Elfrid Payton left the game with a sore right hamstring. ... The Knicks said Al Bianchi died Monday in Arizona at 87. Bianchi was the Knicks' general manager from 1987-91.

Otto Porter Jr., who was dealt to the Bulls from Washington in the Portis trade, lost for the first time as a pro at Madison Square Garden. He had been 7-0.

Here is the live scoreboard for Week 10 of the high school football season.

Here is the live scoreboard for Week 10 of the high school football season.

In addition to individual titles, Chesterton raced well enough to win a team title. “We were hoping we could win as a team and show people that we’re back on top."

“Each year we’ve come up short since I’ve been here. We finally pulled it out. This is everything we’ve been working toward.”

Scrapping game plan before kickoff, Highland runs all over Griffith in sectional opener

Highland found out hours before kickoff they would be without a key player, so the Trojans scrapped their game plan.

Although the coronavirus pandemic continues to cast a cloud of uncertainty over the 2020 season, 30 of the 32 football programs in The Times' coverage area will represent the Region in the playoffs.

Hobart runs over Gavit in final game at Gladiator Arena

“We know that we’ve got to get some things solved in order to make a run if we want to make one.”

"I feel really bad for our seniors, especially because of this back and forth we had, and not being able to go out on their own terms is kind of difficult for them."

Wheeler beats the odds, advances to the state meet

“At some point, you just assume that other schools are better than you because of their size compared to yours,” senior Dottie Heuring said. “We’ve proven that’s not the case.”

Wheeler beats the odds, advances to the state meet

“At some point, you just assume that other schools are better than you because of their size compared to yours,” senior Dottie Heuring said. “We’ve proven that’s not the case.”