Subscribe
Read Today's E-Edition
Share This
With center Lucas Patrick out with a right hand injury, Chicago Bears turn to Sam Mustipher and rookie Doug Kramer
0 Comments
Share this
1 of 4 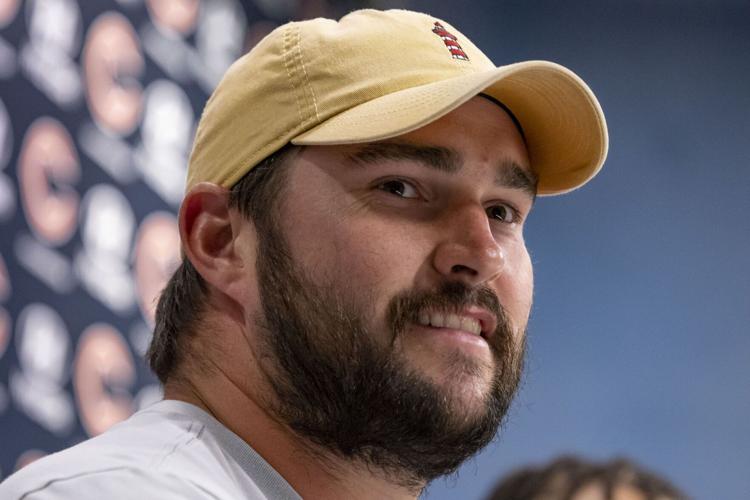 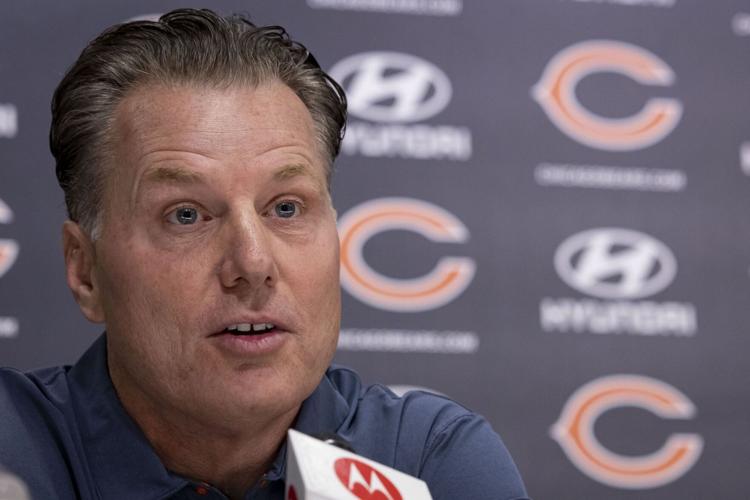 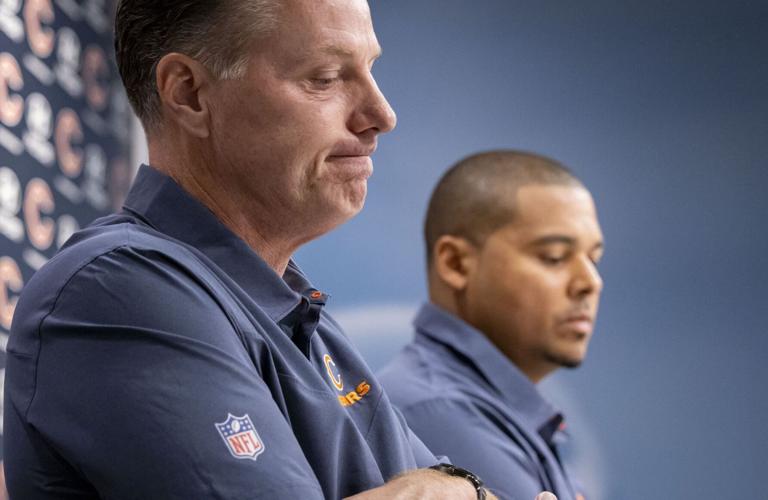 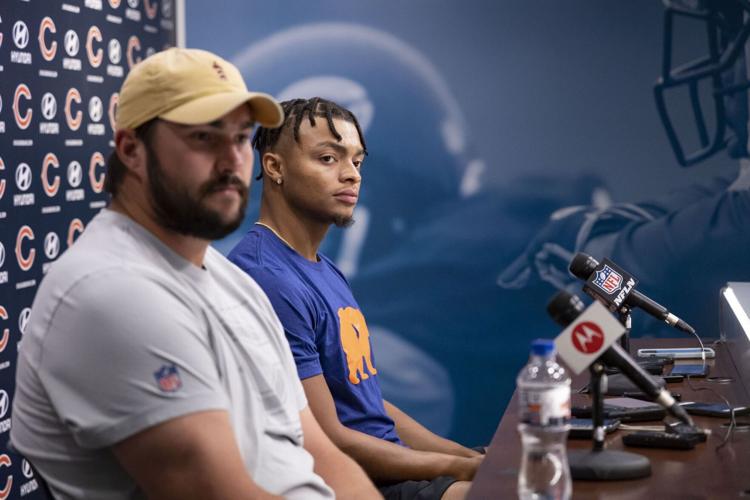 LAKE FOREST, Ill. — The Chicago Bears face more questions on their offensive line after center Lucas Patrick suffered a right hand injury that will keep him out a significant amount of time.

Matt Eberflus has a policy not to address injuries for competitive reasons, but Patrick will be out long enough that the Bears coach announced the injury after Friday’s training camp practice at Halas Hall. A source told the Tribune’s Brad Biggs that Patrick is expected to need surgery.

Eberflus wouldn’t put a timetable on Patrick’s return, but the timing of it this early in camp could be a positive if Patrick is able to work his way back into the lineup by the season opener.

Patrick, who was injured during Thursday’s practice, signed a two-year, $8 million contract to be the Bears starter this offseason, and his absence is a blow to an offensive line with uncertainty at multiple positions. Offensive tackle Teven Jenkins remained out Friday with an undisclosed ailment and is “working through something with the trainers,” Eberflus said. Left guard Cody Whitehair sat out Friday’s practice because of a veteran rest day, and new veteran offensive tackle Riley Reiff still is ramping up to full participation at camp.

The Bears split first-team center reps Friday between rookie Doug Kramer, a sixth-round pick out of Illinois, and Sam Mustipher, who started 24 games at center over the last two seasons. Mustipher had been practicing at right guard before Patrick’s departure, but rookie Ja’Tyre Carter took reps there Friday.

Eberflus said he delivered a message to his players after practice about responding — to adversity and success.

“Adversity hits … how do you respond to it?” Eberflus said. “A lot of things you can’t change in life, right? You get into situations and there they are. They present themselves, and how you respond to that situation is all that matters. You can’t take a magic pill. You can’t just invent another player that’s going to show up sometimes. You just have what you have, and you have to work through it and make it the best you can. And that’s what we’re doing right now. We’re trying to make the best combination.”

Kramer said Patrick texted to tell him to take advantage of the opportunity to work with the ones.

“It’s a great opportunity,” said Kramer, who grew up in Hinsdale a Bears fan. “It’s still super early in camp, so right now I’m just trying to stay locked in, learn as much as I can and try to go after that spot for sure.”

Kramer, who is 6-foot-2 and 300 pounds, noted he has been labeled as undersized for his position for years but still made 48 starts at center over five seasons at Illinois. He said having that much experience gives him confidence but also noted the huge amount of work he has to do — starting with the mental side — to catch up to NFL veterans.

“I’ve put in a lot of time studying the playbook and trying to understand things in great detail and depth so I can be a tool for the other guys on the offensive line,” Kramer said. “That’s a very similar mindset to what I had at Illinois, and I’m just trying to get back to that understanding of the level of details that’s needed to be a center in this league.”

Kramer already has made an impression on Eberflus, who called him “super smart.”

“Sometimes you think, well mentally it might be too big for somebody to make the Mike points and change protections with the quarterback and make the line calls and be the point guy on that. It’s not (for Kramer),” Eberflus said. “He’s able to do that. Now, the physical side of it, he has to learn leverage and how to play and jump to the second level under control and be able to stick and stay on linebackers. That’s to be expected. You’re going to have that as a rookie. He’s learning that and he’s athletic enough to do that and we’re excited where he is.”

Patrick played 73 games (34 starts) over five seasons with the Green Bay Packers and appeared in every game the last two years. His arrival in Chicago bumped starter Mustipher, who has been with the Bears for three seasons after signing as an undrafted free agent out of Notre Dame in 2019.

Patrick is a leader on a line with multiple rookies and second-year players, and he at least will be able to lend his advice to the younger players while recovering.

“I’m here because I benefited from a lot of guys who gave me all the advice that they wanted to give or were willing to give,” Patrick said Tuesday. “I’ll give it to any guy willing to listen. I think it will make our team better, and that’s the end goal to make this team better and win games, make a run for the Lombardi.”

After a day off, the Chicago Bears resumed practice in pads Friday at Halas Hall. Offensive coordinator Luke Getsy and several players spoke with the media afterward. Here are four things we learned.

Robert Quinn says he’s on board with the Chicago Bears despite speculation: ‘I’ve been traded twice. You get tired of moving.’

Robert Quinn’s absence from Chicago Bears mandatory minicamp six weeks ago fueled speculation that the veteran defensive end wanted to be traded as the team undergoes a renovation.

The Chicago Bears held their second practice of training camp Thursday morning at Halas Hall, the first open to the public with a strong crowd on hand for the action. Here are three things learned.

NFL star J.J. Watt offers to help woman pay for funeral so she can keep his shoes, jersey

A woman offered to sell J.J. Watt memorabilia to help pay for her grandfather's funeral. Watt said he would help, tweeting "Sorry for your loss."