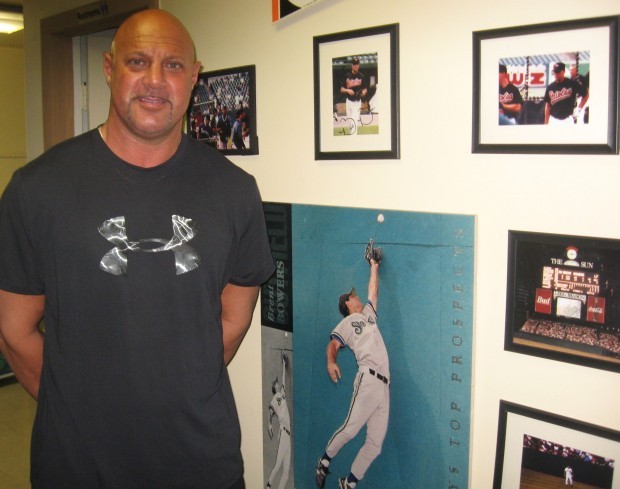 Former major leaguer Brent Bowers has been the owner of Triple Crown All-Stars for nearly a one-and-a-half years. 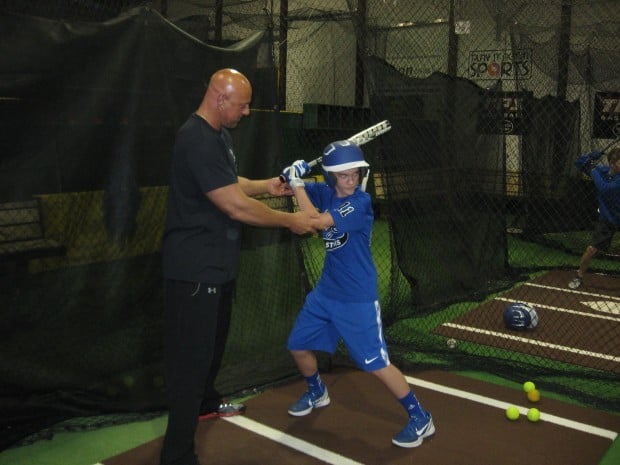 SCHERERVILLE | If Brent Bowers ever decides to write a book detailing his professional baseball life, it would have the makings of an epic.

The setting would nearly span the world: as far south as Columbia, as far north as Edmonton, and as far east or west as South Korea.

"They take their baseball serious over there," Bowers said of playing a season with the Hyundai Unicorns of the Korean Baseball League. "They were among the most disciplined players I've ever played with."

There would be humor, heartbreak, temptation, controversy and a cast of characters even the most fictitious muse couldn't create.

There's slugger Pete Incaviglia, who adopted Bowers as his clubhouse wrestling sparring partner while they were Baltimore Oriole teammates.

"He weighed about 260 pounds," Bowers said of NCAA single-season home run record holder, "and I was about two bucks, so you know how those matches went."

Then there's one-time all-star pitcher Jose Lima, who played for Bowers while he managed the Edmonton Capitals.

"He just loved playing the game and enjoyed himself while doing it," Bowers said of Lima, who died of a heart attack in 2010. "When someone would tag him for a long home run, he would serenade him around the bases."

"He would say, 'Hey, Bow Wow, let's go for a cruise'," Bowers said. "So here I am, going out for a joy ride in Boozer's Jaguar with game time only an hour away."

Bowers has a lifetime major league batting average of .308, which he compiled during his 21-game stint with the Orioles in 1996.

"I didn't get a chance to play in the postseason, but when it came time for playoff bonuses, Cal Ripken Jr. made sure I was taken care of," Bowers said. "Bonuses are usually decided by the team, and not everyone gets a piece.

"But I was so happy to be there, and I was willing to do all the 'rookie' things other rookies thought they were too good to do. I passed out the beers on the airplane ... I distributed the checks when it was time to get paid."

It seemed as if Bowers was going to find a home with the Orioles, but he was traded to Philadelphia the following season and got injured before a last-chance call-up.

"They wanted me to hit more home runs," said Bowers, who at 6-foot-4 is a big man, but was more a line-drive hitter with speed. "Yeah, I knew what was going on (with steroids) and it was tempting. But I thought I could make it the way I was, a guy who can drive the gaps and run it down in the outfield."

Bowers went into coaching and managing after retiring as a player. He was the hitting coach for the Gary SouthShore RailCats for two seasons before taking a winter ball managerial gig in Columbia. He also managed the Windy City Thunderbolts before going to Edmonton to lead the Capitals.

Bowers seemed to find his niche with the Capitals. He managed them to back-to-back playoff appearances (2008 and 2009) in the Golden Baseball League. Then Bowers, known for his entertaining histrionics whenever protesting calls and ejections, got a little too personal and animated with an umpire, who had thrown him out during the first innings of back-to-back games.

The fall-out resulted in a league suspension that prompted Bowers' resignation.

Now, Bowers is turning out the next chapter of his baseball life as owner of Triple Crown All-Stars in Schererville.

"I officially took over in August (of 2011)," Bowers said of the two-building training facility. "I used to give lessons here, and I thought it would be a good opportunity to continue to give my knowledge back to the game."

Bowers and many of Triple Crown's baseball and softball instructors from past ownership are still on staff.

"When I first took over, I didn't have too many reservations filled out months in advance. Now, we're pretty much going to be busy through the spring."

* Triple Crown All-Stars is offering open gym for high school baseball and softball players on Tuesdays, Wednesdays and Thursdays from 3 to 5:15 p.m. Players may utilize the hitting cages, throw and take infield. Cost is $10 for members and $15 for non-members.

Former major leaguer Brent Bowers has been the owner of Triple Crown All-Stars for nearly a one-and-a-half years.