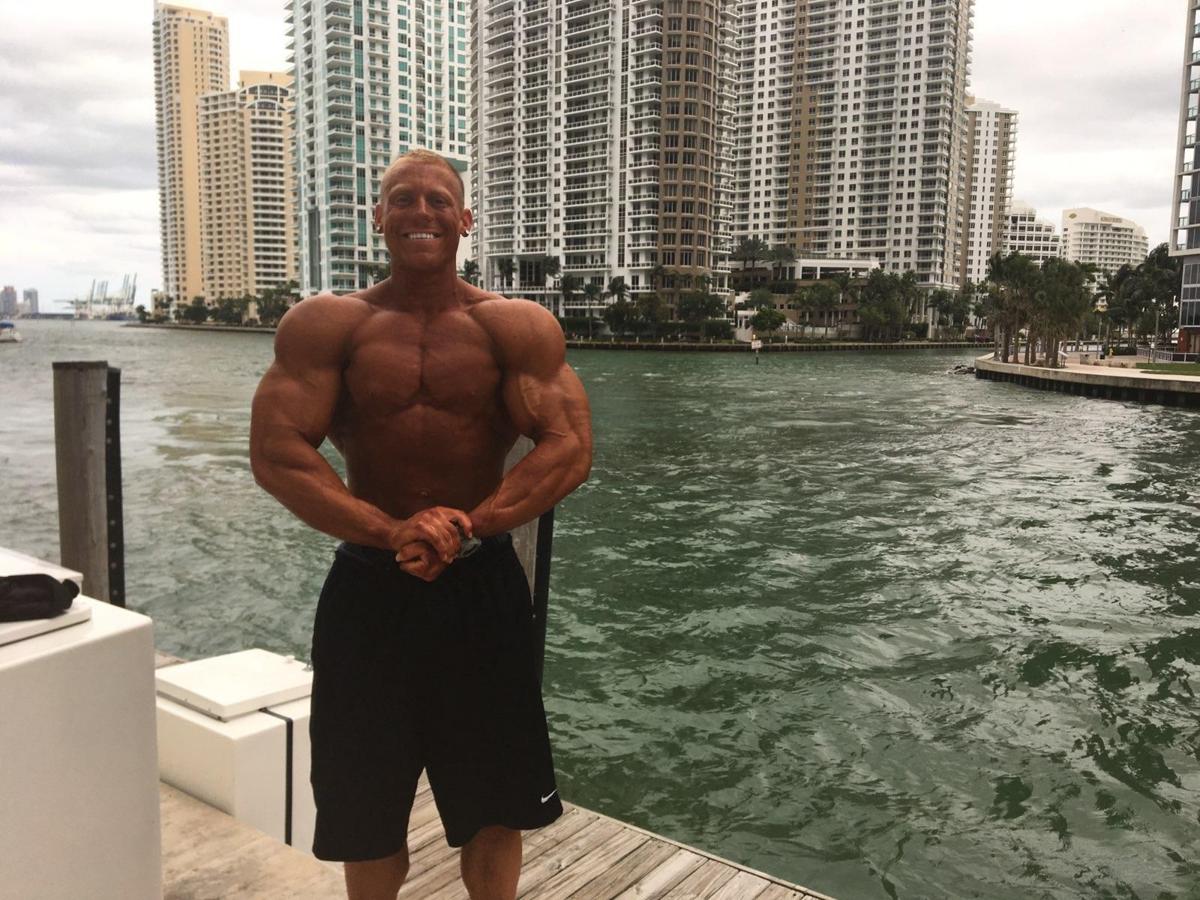 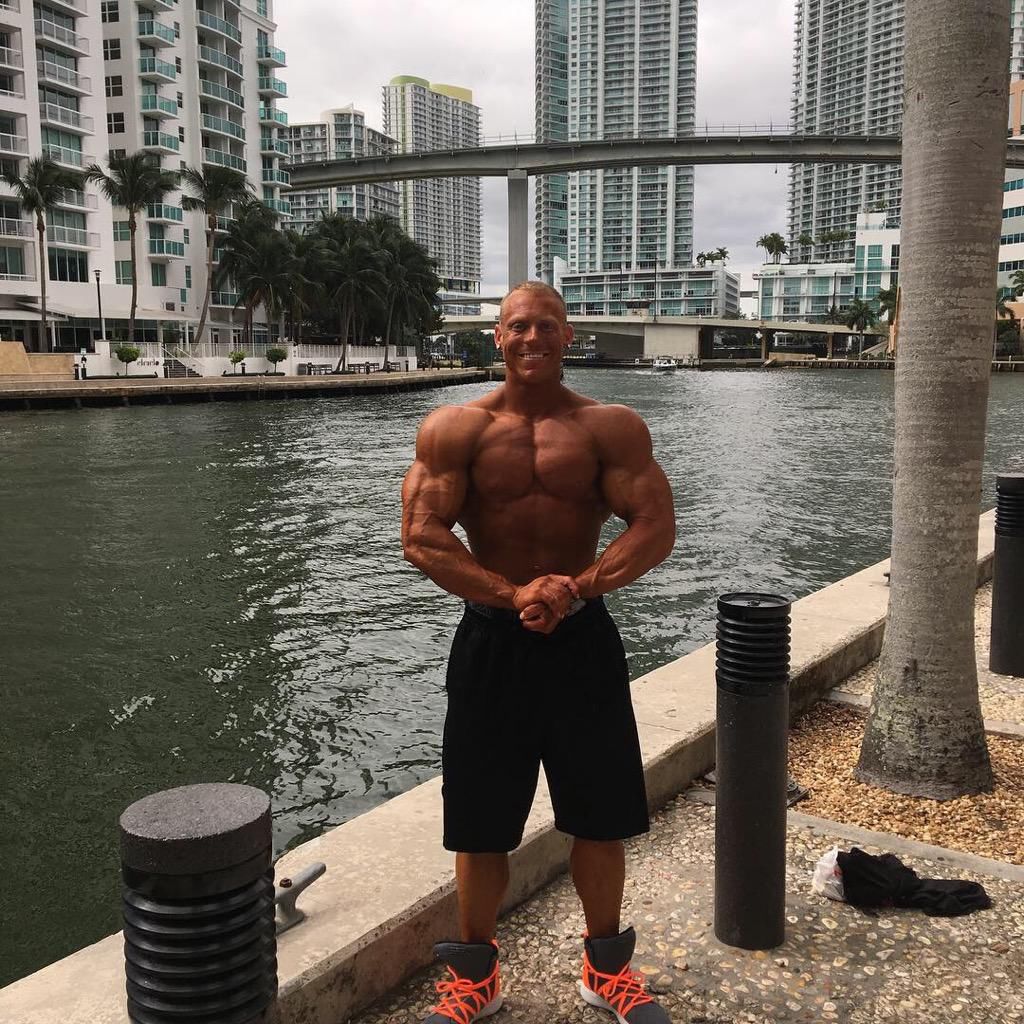 In the weeks leading up to competition season, Kyle Long woke up each day at 4:30 a.m. to hit the Stairmaster for 40 minutes or so. And before the end of the night he'd go to the gym for an hour or two.

Kyle Long hears the same questions all the time.

“How much can you lift?”

Long gets it. He’d ask the same things if the roles were reversed. These are the types of inquiries you field when you’re a 6-foot-2, 220-something-pound bodybuilder with a body fat percentage teetering on the verge of non-existent.

But when people see Long in competition, they’re looking at a result — not what it took to get there. It’s the hours in the gym and strict dietary regiment that form the backbone of a competitive bodybuilder’s lifestyle.

But above all else, sculpting a body like Long’s requires sacrifice.

“Most people have absolutely no idea what it takes to do this,” said Long, fresh off competing in the National Physique Committee National Bodybuilding event in Miami. “I feel bad about it. For me, people took a back burner to a hobby for a while, but that’s what it takes.”

Long, a 27-year-old Valparaiso resident and Wheeler High School graduate, competes as an amateur bodybuilder at the nation’s top level. An overall win in October’s NPC Badger State competition in Waukesha, Wisconsin, earned him a spot in November’s national showcase in Miami where he competed in the men’s heavyweight division.

The NPC Nationals invites the top-two finishers from national qualifiers like the Badger State to compete for the top prize. First place and runner-up in the nationals turn professional. Long didn’t place in the recognized top-15 but was still among the top-34 nationally in his weight class despite only competing on stage for a little more than a year and a half.

“I’m pretty green to all of this but wanted to see where I stacked up and get a benchmark of exactly what it takes to get to the top,” Long said. “The feedback I got was that I’ve got a great structure and my conditioning is great. I’ve got everything these other guys do, but they’ve just got a little more of everything.”

Long entered the world of bodybuilding by accident.

Back in high school, Long enjoyed lifting weights. He got started on bench press one summer and never slowed down. He liked that the input of time spent working out turned into the output of muscle mass.

A friend nearly convinced Long to try a bodybuilding competition out at the end of high school but he backed out. Fast-forward another half-dozen years and his girlfriend, Andrea David, planted a seed in his head during a workout that he should try it out.

“I was in the gym with him and he was doing some serious work,” she said. “I asked him why he was doing all the work. You might as well have something to show for it and should try out a contest.”

At 6-2, Long stands sometimes half a foot taller than his competition. His height is uncommon at the top level. Because he’s got longer limbs, it’s tougher for him to pack on muscle while keeping his weight down than it is for shorter competitors.

That means even more work lies ahead with Long looking to hit the stage next in the USA Championships in Las Vegas the summer of 2020. He weighed in at 219 pounds in Miami but needs to restructure his body all while keeping under the 225.25 maximum weigh-in weight to get the results he wants.

“It’s not for the faint of heart, and you don’t see many people doing what Kyle’s done the past two years,” said Brandon Wadas, a 26-year-old Merrillville native. An Andrean High School graduate and longtime friend of Long’s, Wadas owns Iron Management Nutrition Systems and trains Long, among others.

“The only person that really sees what it takes is those living with you and even they only get a taste of it because they’re not lifting the weights or eating the food," Wadas said. "There’s a lot of things that go unseen. I’ll take it a step further and say they don’t know what it feels like either. There’s a lot of suffering that goes into doing what we do.”

In the weeks leading up to competition season, Long woke up each day at 4:30 a.m. to hit the Stairmaster for 40 minutes or so. He’d then shower before a day of work at Costco loading and unloading heavy items like furniture, tractors and pools. Then he’d head home to spend time with David and daughter, Mia.

Before the night’s end, Long would head to the gym for an hour or two to work whatever body part he planned for that day. He can’t afford to miss a workout.

In between it all, Long ate. He’d down a full meal once every two or three hours to get the proper nutrients in his body. His sponsor, Absolute Nutrition, also provides him with various supplements he takes religiously.

“His day would start before mine would and end after mine already ended,” David said. “He kept working and was always a dad first. He never sacrificed that part. I just had to understand his daughter’s first and bodybuilding is second for now. It might sound terrible but I had to give him his space.”

Bodybuilding impacts the people around Long nearly as much as it does himself. Even trips to the movies require a protein shake and trips to the gym need to happen, rain or shine, no matter how busy the day is.

“Without my support system, none of this is even possible,” Long said.

When he first started bodybuilding, Long said he was met with skepticism from parents, Cindy and Tom. The taxation he puts his body through borders on unhealthy leading up to competitions. The costs for meals and training quickly adds up, too. It’s a lifestyle as much as it is a sport.

But for nationals, Tom Long tagged along with Kyle Long. He wanted to see in person what all of fuss was about.

By the end, he understood. And Kyle Long knew from what Tom Long told him that the sacrifice was worth it.

He told him he was proud.

In the weeks leading up to competition season, Kyle Long woke up each day at 4:30 a.m. to hit the Stairmaster for 40 minutes or so. And before the end of the night he'd go to the gym for an hour or two.