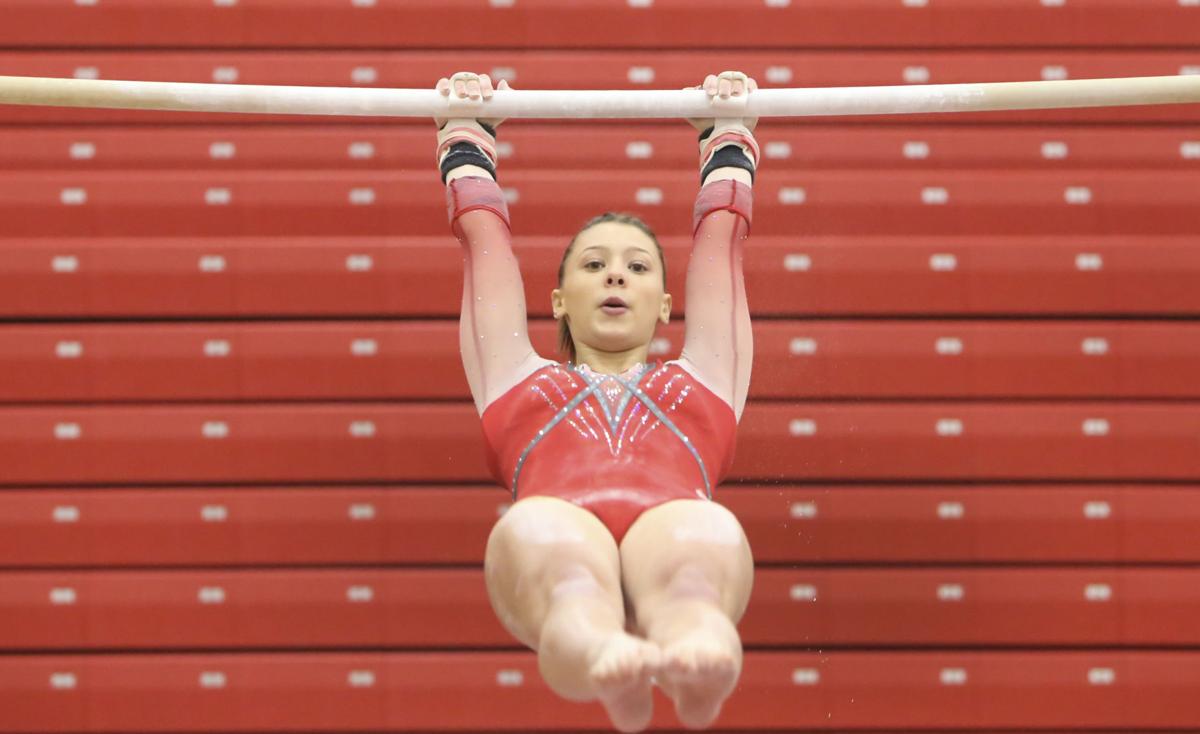 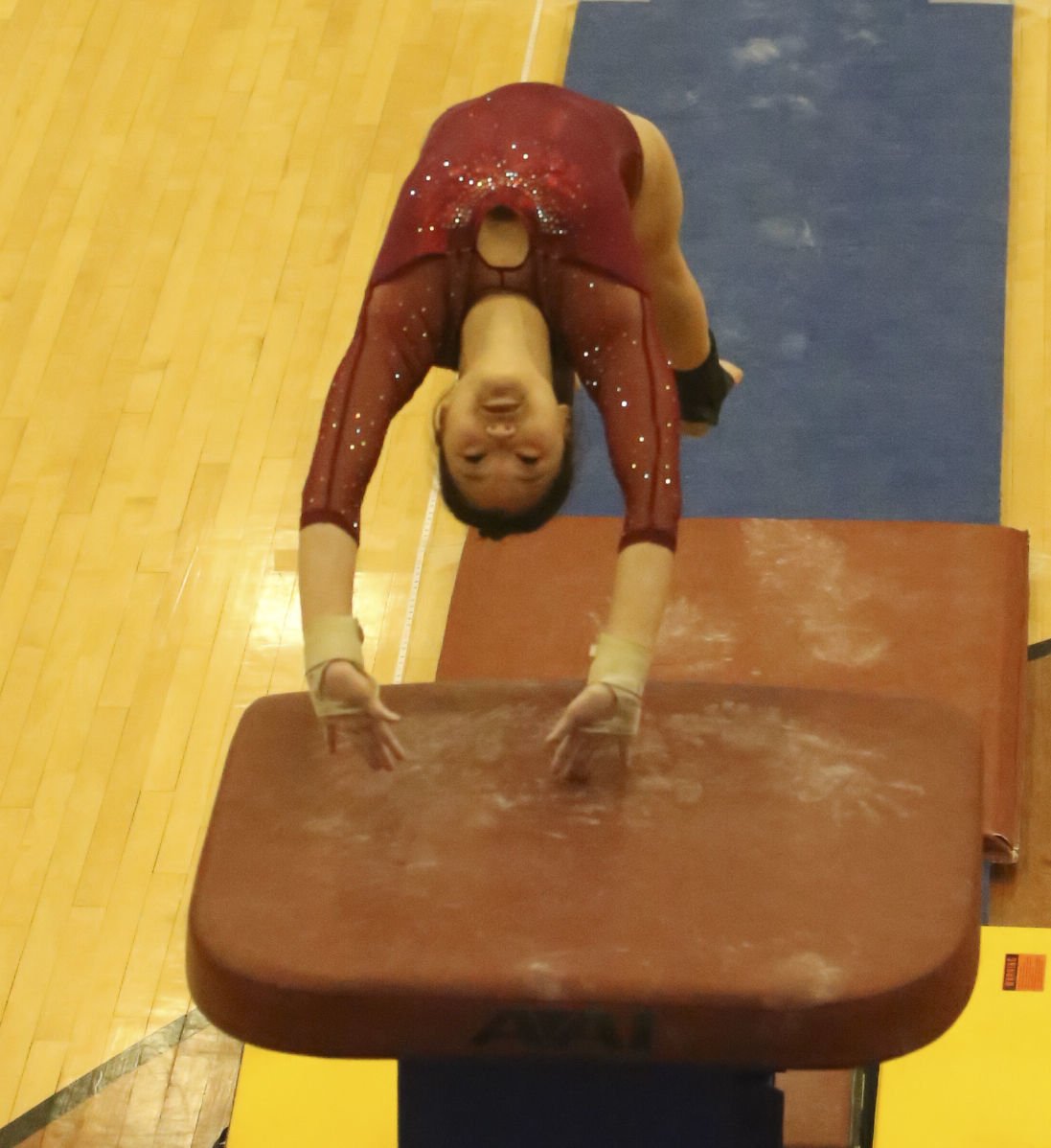 Chesterton’s Mia Pak performs on the vault Saturday at the Portage Regional. 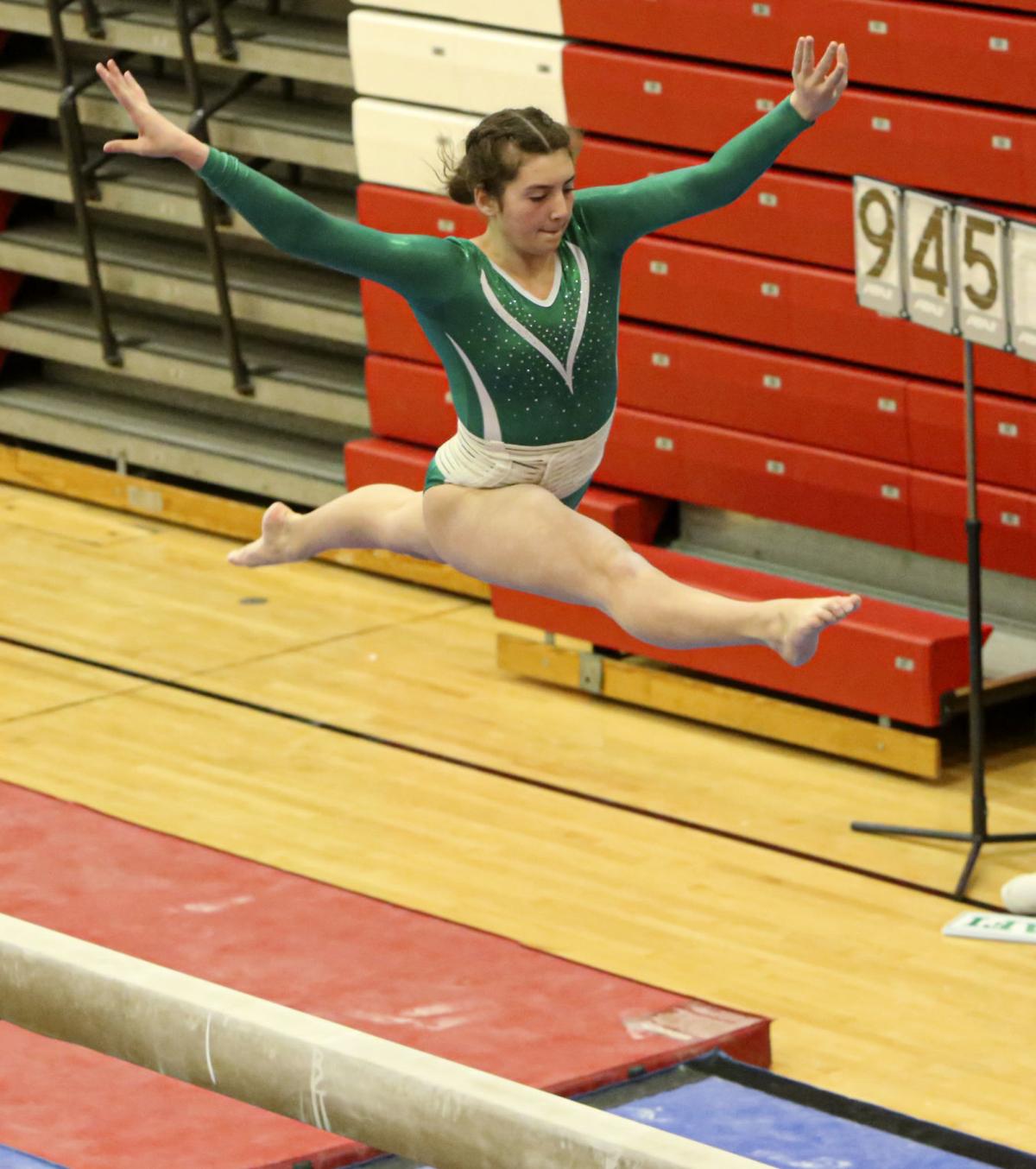 Valparaiso’s Gabi Grisafi performs on the balance beam Saturday at the Portage Regional. 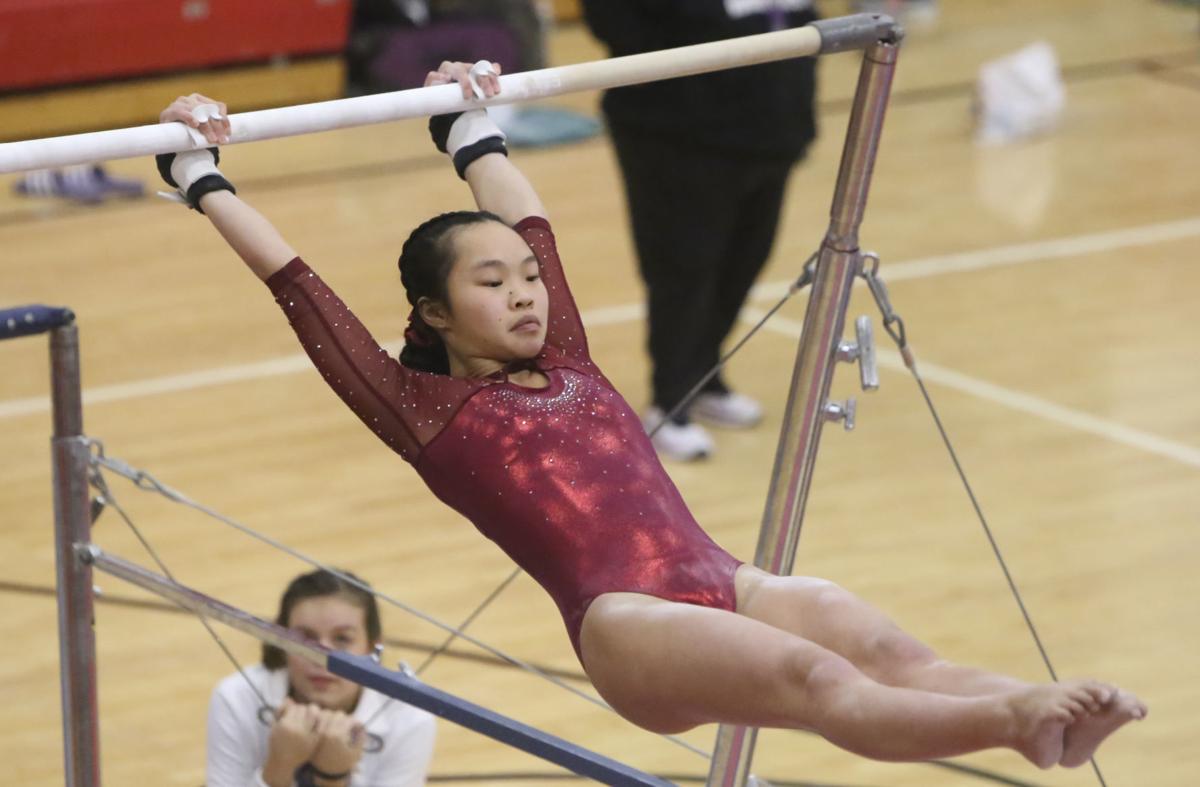 King even surprised herself by winning the individual all-around title with a 39.125 on Saturday at the Portage Regional.

“Everyone makes fun of me for my slippers,” said King, who wasn’t sure how she scored so well. “I don’t know. I just came in with a good mental attitude. I just said, ‘I could do it.’”

King won floor, beam and vault and was third on bars. Chesterton’s Mia Pak was second in all-around with a 38.7.

“It’s unbelievable,” said Chesterton’s Caitlyn Cook, who finished fifth in the all-around. “It’s the best feeling that any gymnast can have.”

The Trojans will compete for their third straight state title next Saturday at Ball State University.

“That would be really exciting because it hasn’t been done in our school,” Chesterton coach Dawn Matthys said.

Chesterton set the tone on its first routine, scoring a 29.15 on the floor exercise.

“It was so exciting,” Chesterton's Alyssa Donovan said. “Our team has worked so hard this week. It meant a lot that it really showed out.”

Cook said she had been struggling on floor but scored a 9.6 to help the team effort.

“I’ve been working hard, and today I hit it,” she said.

Matthys said the Trojans worked hard on their floor routines.

“That set our pace,” she said. “Last week we struggled a little on floor, so we did the work. We came in and started on floor again, and everybody did great. I’m really proud of the girls. Their hard work paid off.”

The six finishers in each event and all-around also advanced to the state finals.

Pak was pleased with her day, especially on beam where she had struggled the past two meets. She scored a 9.575 to tie for fourth.

“I’m so hard on myself so when I do fall, I get really upset,” she said. “Today I just wanted to come out here confidently, hit the beam. I did, and I didn’t really care about the score, I just wanted to hit the pit.”

Lake Central will make its second straight trip to state.

“The pressure was on because we knew we wanted to go to state,” LC's Sarah Mella said. “We did well, we got second and it felt good, knowing we were going to state.”

“It’s been phenomenal,” she said. “The energy the team and the parents have is contagious.”

King will certainly wear her slippers to her first state finals appearance.

The IHSAA announced that the boys basketball state tournament has been postponed due to the coronavirus pandemic.

Despite all the chaos happening in the outside world, there is still a gymnastics meet scheduled and the Trojans are focused on bringing home a third consecutive state title.

Chesterton’s Mia Pak performs on the vault Saturday at the Portage Regional.

Valparaiso’s Gabi Grisafi performs on the balance beam Saturday at the Portage Regional.