Minnesota cop will be charged in shooting of Black motorist

TF South turns up pressure, but Oak Lawn rallies for win
Share this
1 of 2 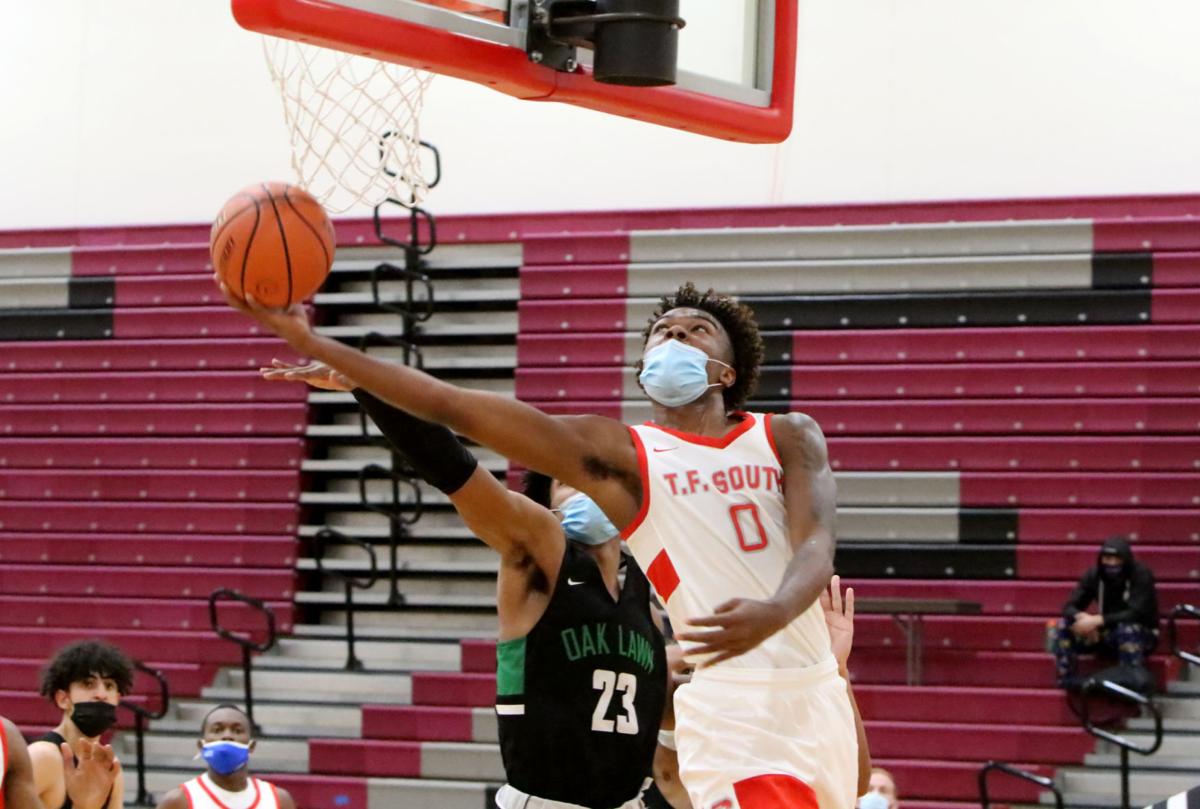 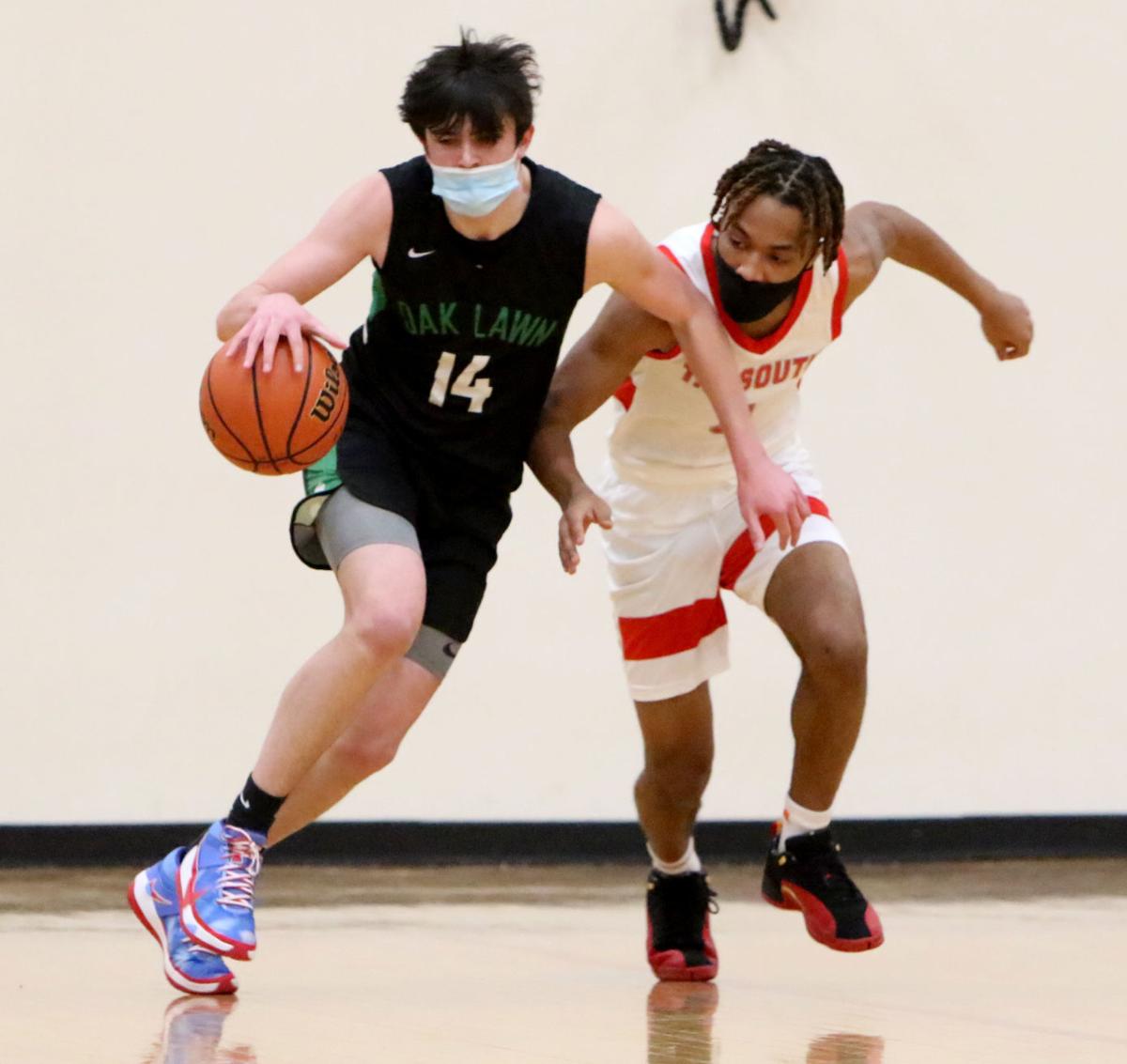 LANSING — Prep basketball looks a lot different in Illinois during this pandemic winter.

With barely a week of preseason workouts after teams got the go-ahead to play from state officials, players are masked up and gyms are almost empty. The South Suburban Conference, whose members include TF South and TF North, doesn't allow fans of visiting teams to attend events. At South, the only spectators allowed are two people per player.

"It's difficult wearing a mask," TF South senior Isiah Lewis said. "It makes it hard to breathe. (But) you got to get through it."

Ditto for the absence of cheerleaders and most fans.

"It's totally different," Lewis said. "We've got to bring our own energy, the bench and all the teammates on the court."

South brought plenty of energy after turning up the full-court pressure Wednesday night against Oak Lawn. Down 14 points early in the third quarter, South rallied to tie the score midway through the fourth. But the Spartans then reeled off 14 straight points en route to a 56-49 SSC crossover win.

It was an up-and-down performance for South, which trailed most of the game and was down 34-20 with 5:15 left in the third quarter.

"Tonight in the first half, I think we just had bad shot selection," South coach Todd Gillespie said. "But the last two games (wins over Eisenhower and Tinley Park), we were shooting those shots and making them."

Gillespie isn't worried about the offense long term — or at least as long-term as anything is in a season that will be over by mid-March.

But, just as important, South has players who can create havoc defensively, as they did during a 21-7 run that tied the game at 41 with 4:35 remaining.

"We have the athletes here to do it," Gillespie said. "So we're working on that being the culture here — the kind of team that's going to turn the pressure up. You've got to get ready for a whole game of sprinting and trapping."

The goal is to pull everything together in the shortest basketball season in state history.

"As we go through the season, I think our chemistry is going to come together more," Isiah Lewis said.

"She was one of the few people who took the game from something the girls did in the summer time to making it an official IHSAA sport."

Here are the players selected to The Times 2021 Boys Basketball All-Area teams.

“I am going into (track season) with a target on my back but it’s always nice to receive or be congratulated like this."

Six finalists for Indiana's prestigious Mr. Basketball award were named by the Indianapolis Star, and none are from the Region.

Andrean follows up controversial loss with lopsided win over Munster

Munster won Monday's NCC opener 4-1, however that result is in question due to Mustangs senior Bryce Schaum's pitch count. On Tuesday, Andrean cruised to a 13-0 victory.

The Chicago Cubs are concerned about a possible COVID-19 outbreak after two coaches tested positive for the virus and three relievers were placed on the COVID-19-related injured list.

MIKE CLARK: Bill Bryk was a baseball lifer who never forgot his roots

Bryk worked in scouting and player development for the Pittsburgh Pirates, the San Diego Padres and, for the last 11 years, the Arizona Diamondbacks.

Michael Zajac knew that Valparaiso was struggling to hit the ball on Friday afternoon, so the senior first baseman didn’t mind taking a few hits of his own.