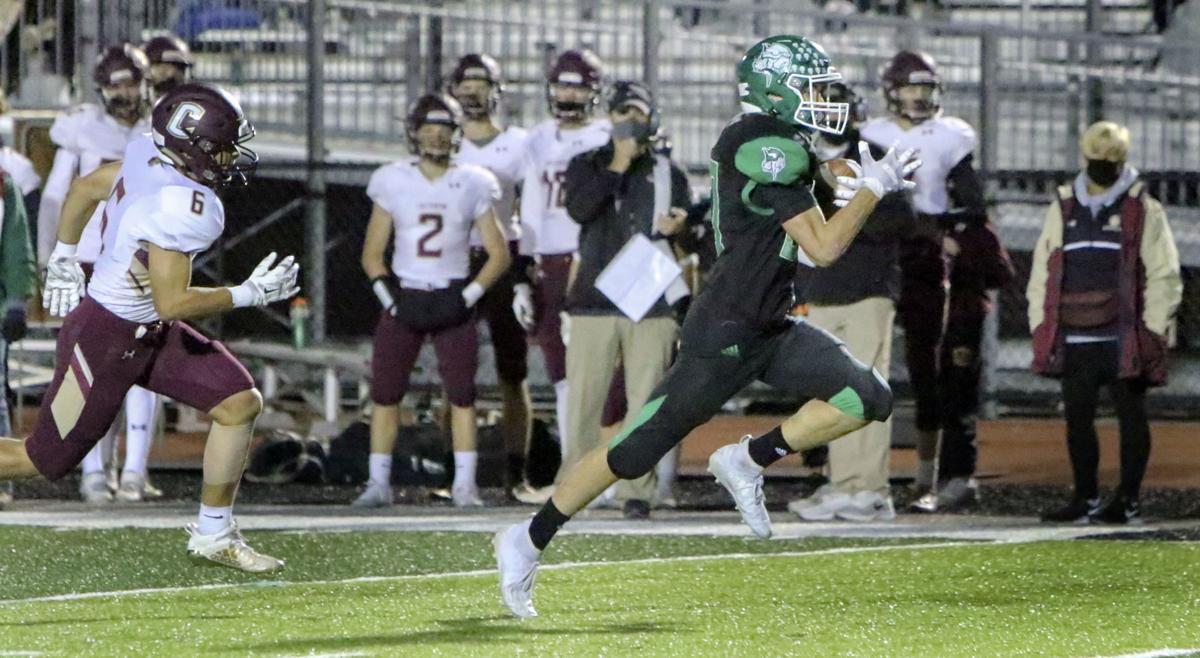 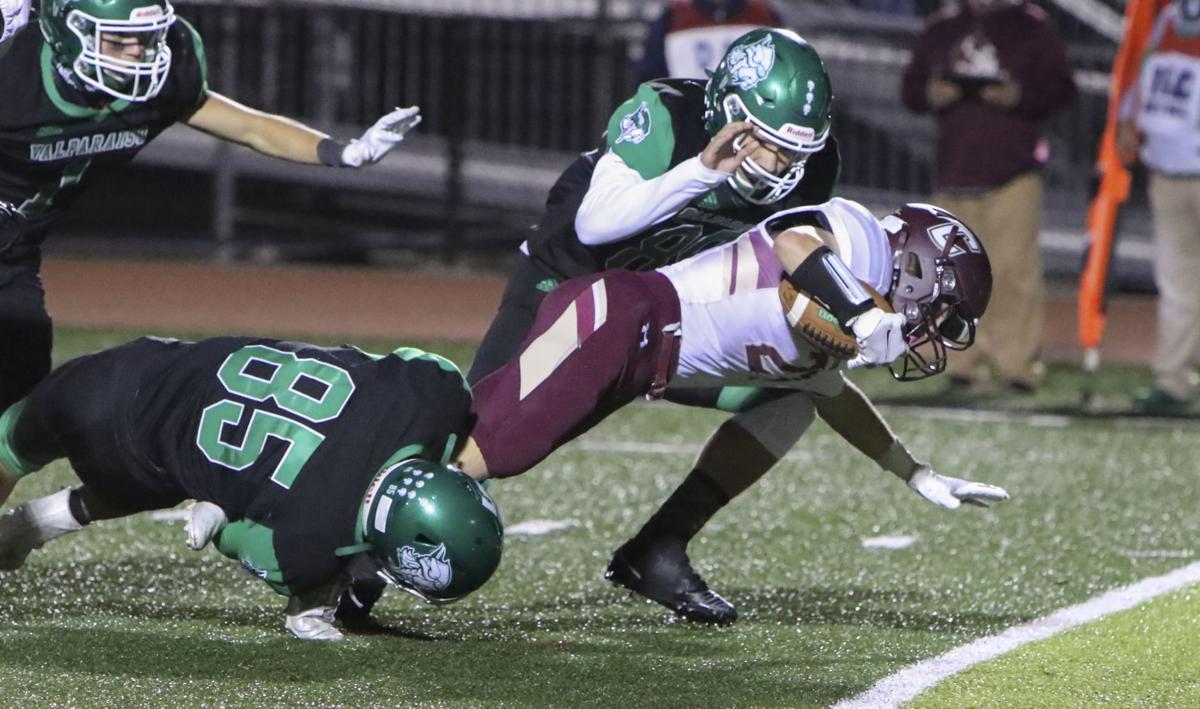 VALPARAISO — There’s something special about Tommy Burbee when it comes to playing rival Chesterton.

The Valparaiso running back had his breakout game last year against the Trojans, running for a career-high 235 yards. Burbee blew that mark out of the water on Friday night, running for 305 yards and three touchdowns as the Times No. 2 Vikings knocked off the Trojans 30-21 in Duneland Athletic Conference action.

“The rivalry adds to it, but I think we’re just at our prime right now,” Burbee said. “We’ve had all these practices and we’re learning from our mistakes in the other two games. We’re full speed ahead.”

Valparaiso was limited to just two games coming into Week 5 of the season. The Vikings had a game cancelled against Griffith in the second week of the season and then didn’t play Michigan City last week because of a positive COVID-19 case with the Wolves. Burbee has spent much of his off weeks working with the offensive line and that work paid off on Friday night.

“It’s been really frustrating for all of us, but you just have to be optimistic,” Burbee said. “We’re blessed to be out here and we don’t take anything for granted.”

Burbee set the tone early, ripping off a 32-yard run on Valparaiso’s second play from scrimmage. The senior continued to pile up long runs, including a 46-yard touchdown run that gave the Vikings a 17-14 lead late in the second quarter. Chesterton held a 14-3 lead at one point, but the Vikings responded with 20 unanswered points, largely on the legs of Burbee.

“It’s more of the line,” Burbee said. “For them to be able to say their running back got 305 yards, I’m not doing anything unless they’re up there. That’s more of a compliment for them.”

The Trojans didn’t roll over after Valparaiso stormed back to take the lead. Chris Mullen threw for 205 yards, including a pair of long touchdown passes to Colby Bullock and Jackson Westmoreland. The 45-yard strike to Westmoreland hit the receiver in stride and cut Valparaiso’s lead to 23-21 heading into the fourth quarter.

Chesterton had a chance to take the lead after the Trojans blocked Liam Shepherd’s 25-yard field goal attempt. With the game hanging in the balance, the Vikings delivered three consecutive sacks from Dylan Dingman and Cooper and Mason Jones.

“Dylan and I, as the defensive leaders, we looked at the whole team and knew ‘this was the game boys,’” Cooper Jones said. “Offensive picked it up and now it was our turn. The sacks just weren’t on the defensive line, that was an entire defensive effort. Those were team sacks.”

The Trojans (2-3, 2-1) had one more opportunity to take the lead after Shepherd hooked a 33-yard field goal attempt to the left. Mullen hit Mitch McElfresh on a 27-yard completion and Chesterton was nearing midfield when Mason Jones put a halt to the drive with a strip sack which led to a Mason McMullen fumble recovery. Burbee scored his third touchdown three plays later to ice the game.

“Mason’s mental focus and preparation all week has been on point,” Valparaiso coach Bill Marshall said. “That’s something to say for a sophomore. To be able to have that clarity and that focus, to see him have that game-ending play with the strip sack, it was outstanding.”

"We are hoping and praying that everything goes the right way and we're able to resume on Monday, but that's (a few) days out."