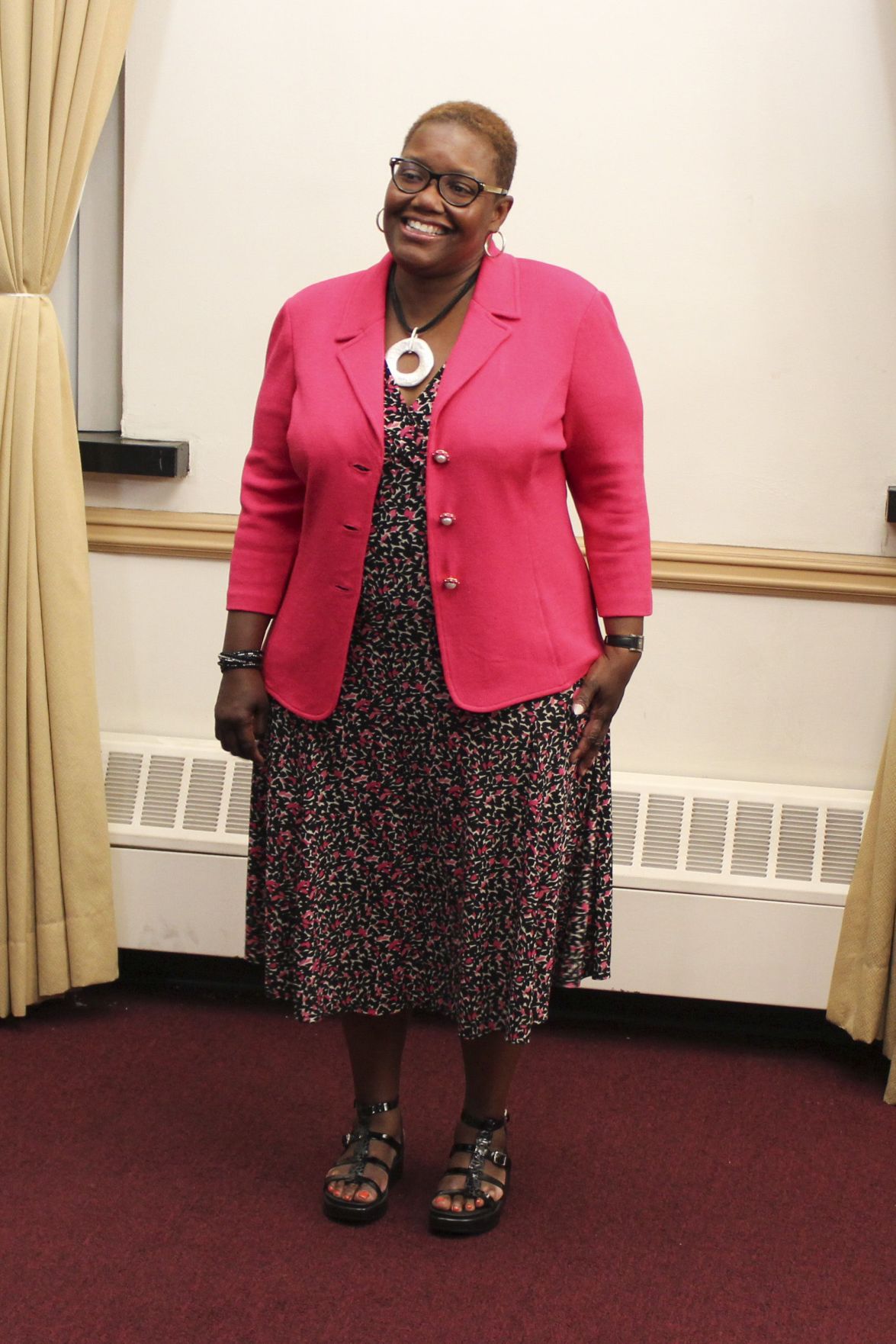 Gary Mayor Karen Freeman-Wilson prior to her transformation for her appearance in the CBS television "Undercover Boss." 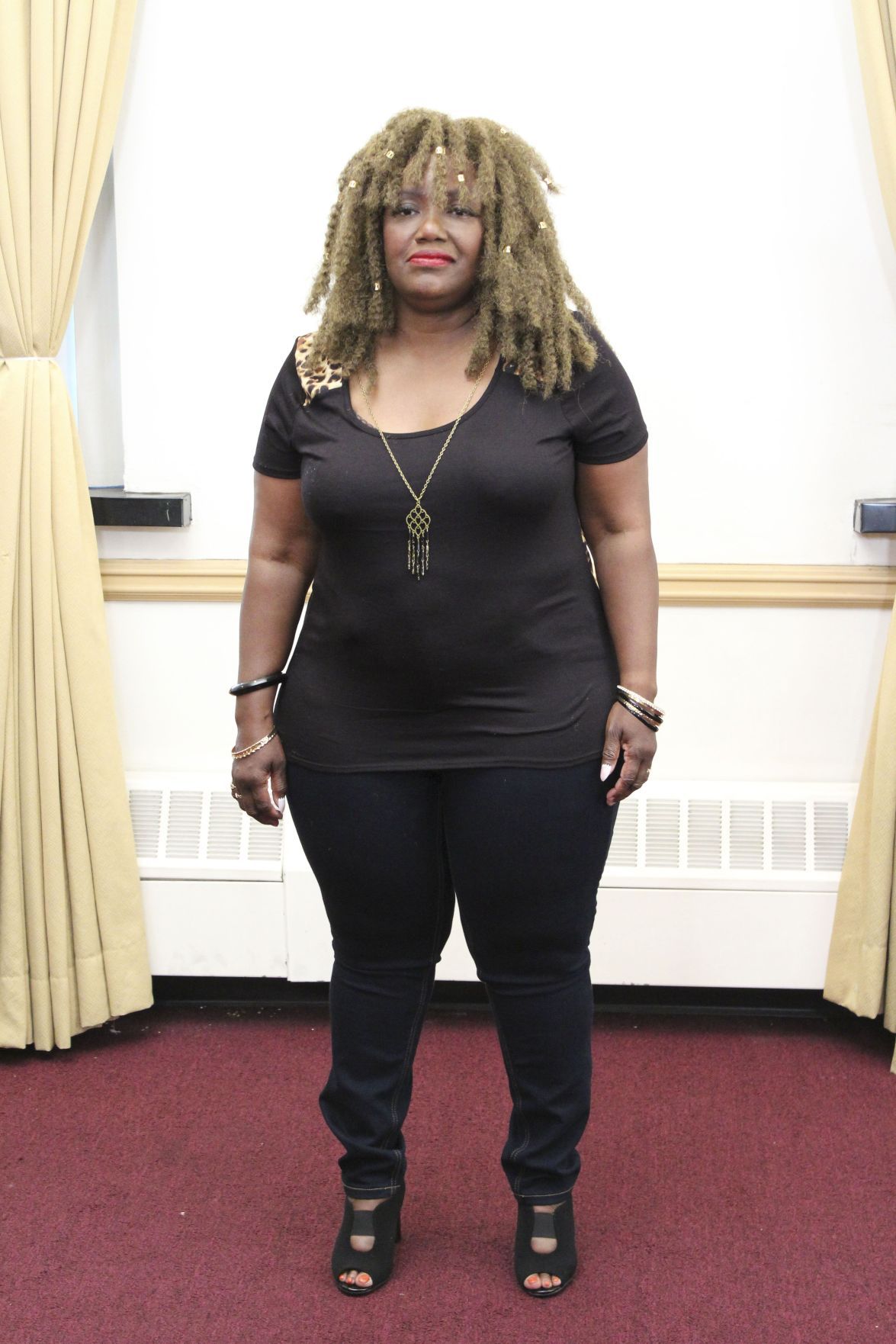 Gary Mayor Karen Freeman-Wilson after her transformation for her appearance in the CBS show "Undercover Boss."

The series follows executives as they "slip anonymously into the rank and file of their own organization."

Freeman-Wilson will appear in the second segment of the episode beginning at 8 p.m. and the public is invited to attend a watch party that night at the Genesis Convention Center.

After being contacted by the show and agreeing to appear, Freeman-Wilson said she sat down in May for the initial interview.

Freeman-Wilson said she saw her appearance in the show as an opportunity to highlight the city and "the opportunity to acknowledge our entire group of employees," especially the ones who appeared on the segment.

Shooting of the episode took place in early August and on the show she is shown working alongside employees at the Gary Sanitary District, the city's Park Department, the Fire Department and the Police Department. A well-known and often photographed mayor, Freeman-Wilson was disguised with the help of her staff and local beautician Lisa Savage of Diva Doos. It took about an hour each morning for the disguise to be applied.

"I was like, 'Wow, that doesn't look like me,' " she said of her reaction after looking in the mirror.

"I was very worried because a couple of the people I know and had spent a little time around," she said.

Freeman-Wilson, however, said none of the employees recognized her, although she did veto working with one employee who she thought would see through the disguise.

Employees were told that the disguised Freeman-Wilson, going by the name Sheila, was a contestant on a game show called Tough Jobs. She said employees were surprised to later find out during the "reveal" segment that it was actually the mayor who had been working alongside them.

Freeman-Wilson initially thought she would be appearing on an episode to be broadcast in January. It wasn't until last Tuesday that she was told she would be part of the two-hour premiere this Wednesday. Clips from the episode started appearing online recently.

In the clip of her experience at the plant, Freeman-Wilson exclaims, "It stinks in there. It's over the top for me."

In other clips she is seen struggling to get into the firefighter's uniform and tossing a large container of trash into a large, 25-year-old beach cleaning vehicle.

"I made my first and last trip up and down the beach on a piece of heavy equipment," said Freeman-Wilson on Friday of that experience.

Based on what she learned, Freeman-Wilson said it was decided that a payloader would be a better piece of equipment to use for that duty. The city is also going to rehab the firehouses, beginning with the one she worked at, and obtain more police vehicles than originally intended.

In some "Undercover Boss" episodes, the employer will discover employees who are not doing a good job, but Freeman-Wilson said her experiences with the employees were all positive.

The mayor said the experience with the employees left her "with a real sense of pride and a sense of gratitude."

Freeman-Wilson said the employees she worked with are underpaid and overworked, "but they are some of the most dedicated people I ever worked with."

Overall, she said, she thought the experience was a positive one and "I have a new respect for those who act as a profession."

When Whiting native James Gray accepted a job at Goddess and Grocer in Chicago he had no idea it would land him a spot on a reality TV series.

Freeman-Wilson elected to board on National League of Cities

GARY — Mayor Karen Freeman-Wilson has been elected second vice president of the National League of Cities Leadership and board of directors.

GARY — The energy and enthusiasm was evident Saturday night as hundreds crowded outside 411 E. 5th Ave. in Gary for the much-anticipated grand…

GARY — The city’s administration plans on sticking with its decision to limit raises to those employees making less than $40,000 annually, out…

Gary Mayor Karen Freeman-Wilson prior to her transformation for her appearance in the CBS television "Undercover Boss."

Gary Mayor Karen Freeman-Wilson after her transformation for her appearance in the CBS show "Undercover Boss."