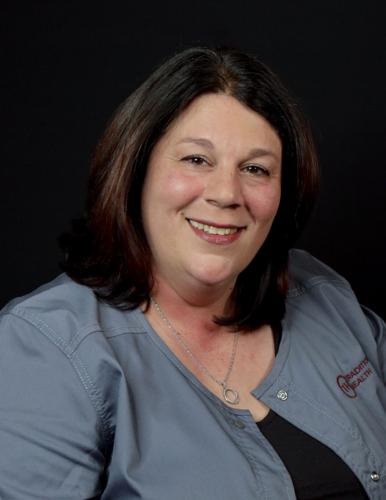 Nicole Knight, director of Clinical Services at Traditions Health in Crown Point, originally wanted to be a marine biologist instead of a nurse. 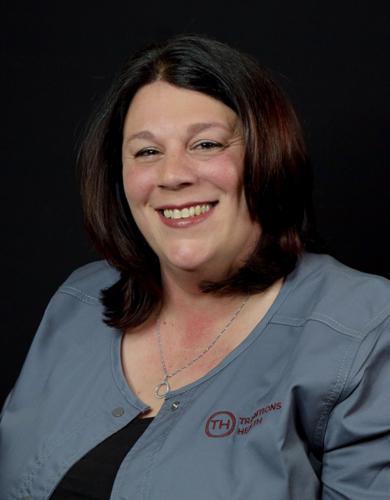 “Working in hospice lets me have the time to develop relationships with patients and their families as well as my staff," says Nicole Knight of Traditions Health in Crown Point.

“I like to joke and say working at a hospital is my job and hospice is my hobby,” says Nicole Knight, patient care manager of Traditions Health in Crown Point. “Working in hospice lets me have the time to develop relationships with patients and their families as well as my staff.”

It’s this outlook that led Brooke Irzyk, who has worked with Knight for six years, to nominate her as a nursing professional who has had an effect on their life, the lives of loved ones, and the community. Knight has been selected as a top nurse in the Region by peer review.

“I don’t have the words to describe the positive impact Nikki has had on nurses, various other co-workers, patients, and families,” Irzyk wrote in the nominating form. “Nikki has created such a positive one, even through COVID, which has created a whole other layer of work and challenges. This positive environment is a contagious one and has led to increased employee satisfaction, increased retention rates, better care for patients and a health-care entity that is nearly fully staffed, which is almost unheard of these days.”

Irzyk knows the importance of such an environment. A nurse for 10 years, she found herself feeling burned out and wondering why she remained a nurse  though she loved working with patients.

“I kept hearing from people about how great it was to work for Nikki at Traditions Health and how appreciated they felt,” says Irzyk, who was hired in  2020.

”I wanted to be a marine biologist and swim with dolphins,” she says.

She instead worked as a message therapist and did administrative work for local companies. But her grandmother, who was a nurse, had a big influence on her life and she toyed with entering the field.

“My husband encouraged me. He was very supportive,” she says.

Together she and her husband, William, were raising a blended family — the each had two children — as she worked on becoming a licensed practical nurse, then moved on to earn an associate's degree in nursing.

“They say that you don’t have a life in nursing school and that’s not an exaggeration,” says Knight. “There are pictures of me sleeping at softball practice. I didn’t even realize I was sleeping until my friend posted a photo on Facebook.”

After earning her L.P.N., Knight worked at a long-term care facility and in home health care.

“When I got my A.S.N., I moved into a local hospital setting and also worked at Harbor Light Hospice and is now Traditions Health,” says Knight.

Tragedy struck when she was about to enter her last semester of school, and her husband was killed when the couple stopped to help a motorist whose car was in a ditch.

Overwhelmed, Knight wanted to quit, but her instructor wouldn’t let her.

Now she focuses on helping others deal with difficult situations. As director of Clinical Services, Knight’s duties include overseeing and guiding staff, scheduling, payroll, orders and overseeing medication. She still finds time to visit patients.

“I go out after hours and do evaluations, visit long-term care and assisted-living facilities and nursing homes and make home visits,” she says. “I love being able to teach, to help, empower and provide people with the ability to competently take care of loved ones.”

Knight spends her free time with her grown children and her three dogs and reading in her hot tub.

Nurses: The Heart of Health Care

Nicole Knight, director of Clinical Services at Traditions Health in Crown Point, originally wanted to be a marine biologist instead of a nurse.

“Working in hospice lets me have the time to develop relationships with patients and their families as well as my staff," says Nicole Knight of Traditions Health in Crown Point.